Veterans with PTSD should have MedicAlert IDs, says Afghanistan vet 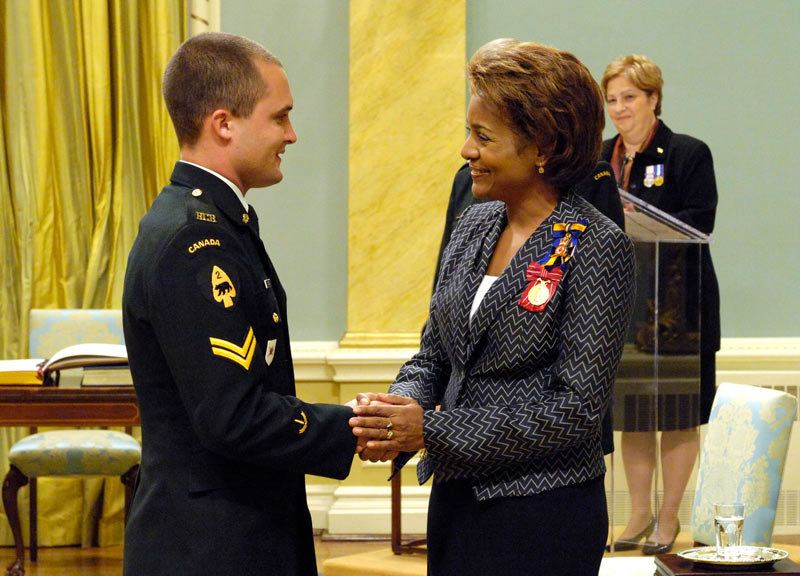 Then-governor general Michaëlle Jean presents Corporal Sean Teal with the Star of Military Valour at Rideau Hall on Oct. 12, 2007. A veterans group, Valour in the Presence of the Enemy, is calling on Ottawa to consider him for the Victoria Cross.
Corporal Bern LeBlanc/DND
War veterans suffering from post-traumatic stress disorder (PTSD) should have validated MedicAlert bracelets stating that they have a combat-related illness, said the decorated survivor of an RPG attack and subsequent firefight.

Sean Teal, a wounded veteran who served four eventful tours in Afghanistan and earned the military’s second-highest award for valour, struggled with physical pain and mental health issues until he was ushered out of the army in 2014. Then his problems got worse.

“It’s hard to get sympathy or empathy from people who can’t relate.”

He said civilian doctors unfamiliar with his experience overseas and the stresses of combat all but ignored his military medical files and perpetuated a cycle of treatment that eventually rendered him a “slug,” unable to eat, sleep or function.

“You’re judged immediately because you’re a veteran,” Teal said in an interview with Legion Magazine. “It’s hard to get sympathy or empathy from people who can’t relate.”

He said civilian doctors have continually asked him why the military isn’t handling his case and are content to prescribe antidepressants and other drugs before sending him out the door. “I don’t think they get how bad it is. I mean, when you’re on the floor and you barely have the strength to dial 911, that’s terrible.”

It was so bad that Teal—who’s still dealing with head and back injuries from the 2006 blast that killed his warrant officer, Rick Nolan—said he stopped trusting the system. The Cole Harbour, N.S., native believes MedicAlert bracelets could help civilians both in and out of the health-care system better address the cases confronting them.

“Before you’re released from the military, you should have a MedicAlert bracelet that says ‘PTSD,’ what conflict and whatever, with a phone number, because when you’re lying on the ground paralyzed, and you can’t speak, those people should be able to verify that, yes, this person did stuff, he is messed up and, if you don’t believe the words coming out of his mouth, you call this number,” he said.

The bracelets are issued by MedicAlert Foundation Canada, which also provides around-the-clock family notification services and a hotline through which paramedics, police and other first-responders can get access to subscribers’ detailed medical profiles, including lists of prescribed drugs.

The 60-year-old organization provides subsidized services to veterans, including partial or full financial assistance for MedicAlert IDs and service plans. The website doesn’t list PTSD or related medications, but a staffer at the foundation call centre said there’s nothing stopping PTSD sufferers from receiving bracelets and other services. The process starts with a phone call.

Some 40,000 Canadian military personnel served in Afghanistan for more than 12 years. While no official figures exist, thousands are believed to be suffering from post-traumatic stress injuries. Dozens of Afghanistan war vets have committed suicide.

“It’s a shitty go because I don’t think they were ready for that level of people coming in with PTSD. And I also don’t think they were equipped. Even with all the money in the world and all the doctors, they couldn’t come up with a solution that kept people in [the military] without twisting them up.”

It took Teal years to admit he had mental health issues. He said others recognized he had a problem long before he did and, even after he realized it following his third tour, he didn’t want to deal with it. Like so many other soldiers, he feared acknowledging the problem would cost him his career.

“You have to lie to the system to keep your job,” he said, adding that, while the stigma surrounding mental health issues inside the military appears to have improved, it’s not cured. “You know when you’re going in there, you’re giving up.

“Once you go into Mental Health, it’s like turning yourself into the cops.”

For a long time, Afghanistan was the only place he felt he belonged.

Teal and his wife Sarah, herself a veteran of two Afghanistan tours, live with their three daughters in an isolated home outside Stewiacke, N.S., 70 kilometres north of Halifax. He figures that, by telling his story, he might help others. 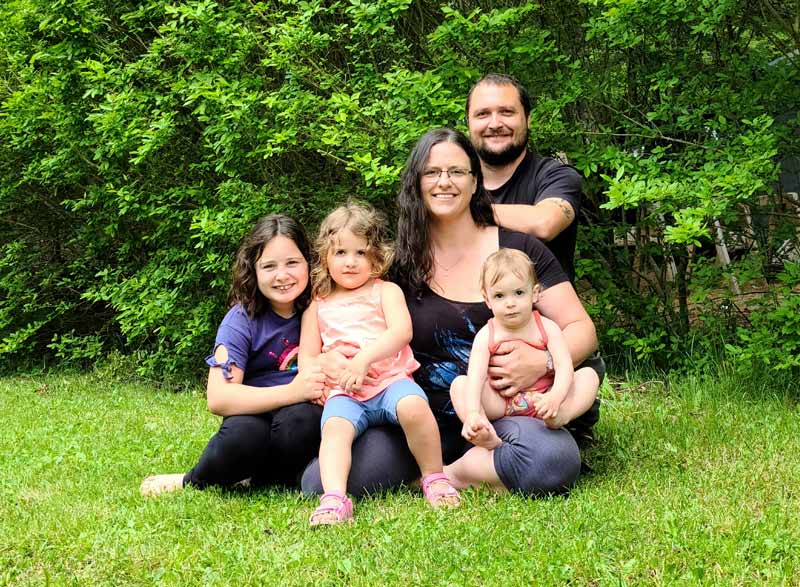 Fifteen years after he fought his way out of a Taliban ambush, saving the lives of his interpreter and the platoon medic, Teal still can’t get a full night’s sleep and avoids the public as much as possible.

For a long time, Afghanistan was the only place he felt he belonged—the place where he knew he made a difference, where he was constantly hyperaware, where death was always just a sniper’s bullet, rocket-propelled grenade or improvised explosive device away.

Back home, he felt nothing; he could muster no feelings of happiness or sadness, no enthusiasm for life. People’s mundane existences and trivial complaints bored and angered him.

He was drinking, taking meds by the fistful. His comrades-in-arms, who had nicknamed him “the Battle Hobbit,” were no longer in touch. The uniform was no longer on his back. He felt “naked” without a weapon in his hands.

No one seemed to understand. Crowds agitated his condition, so he avoided them. “I live a life full of avoidance,” he said.

He had finished his 12-year military career as a master corporal, relegated to a menial job that only exacerbated his depression and diminished his self-worth. He hated everyone and everything.

“What they don’t tell you is that when you walk out that door, you’re not going to get the same level of health care that you had on the inside. You’re starting over again. They don’t know anything about the military and you can’t expect them to.

From the start, he said, both military and, later, civilian doctors were “fishing in the dark,” experimenting with different dosages and combinations of drugs to treat his symptoms. His mind fell apart before his body. PTSD “turns you inside out.”

“It started off good,” said Teal, “but it ended really, really bad for me.

“They’re setting you up for disaster.”

The drugs—antipsychotics and antidepressants—didn’t help him eat or sleep, and they failed to stabilize his mental health. So the doctors boosted his dosages, ultimately turning him into a half-sedated “slug.”

Teal was getting barely three hours of sleep a night. His wife was on a posting in Ottawa. He was on his own, literally crawling to his bed. He was hallucinating and hearing voices. His mental state was compounding his physical issues.

“PTSD is a bombshell. And you spend your whole life picking up the pieces.”

He was seeing different clinicians, and they weren’t talking to one another.

He ended up overdosing. That trauma and the love of a devoted family got him through. That, along with music: the weapon that saved his life in this fight, he said, was a guitar. Now he lives on a disability pension and he’s moving on, one day at a time.

“PTSD is a bombshell. And you spend your whole life picking up the pieces,” he said.

Teal said soldiers need to be given the freedom to say what’s wrong with the military while they’re still soldiers, without fear of retribution.

“If they see a lot of the same things being said, now at least they know what’s wrong. And until they have that sort of honesty, without retribution, they’ll never be able to fix the problem.”

An award-winning journalist, editor and photographer. He has reported on the downfall of South African apartheid and from war fronts in Kosovo and Afghanistan.
All Posts
PrevPrevious ArticleAfghanistan veteran recounts brutal battle
Next ArticleUN warns of a “global refugee crisis,” urges peace and stabilityNext