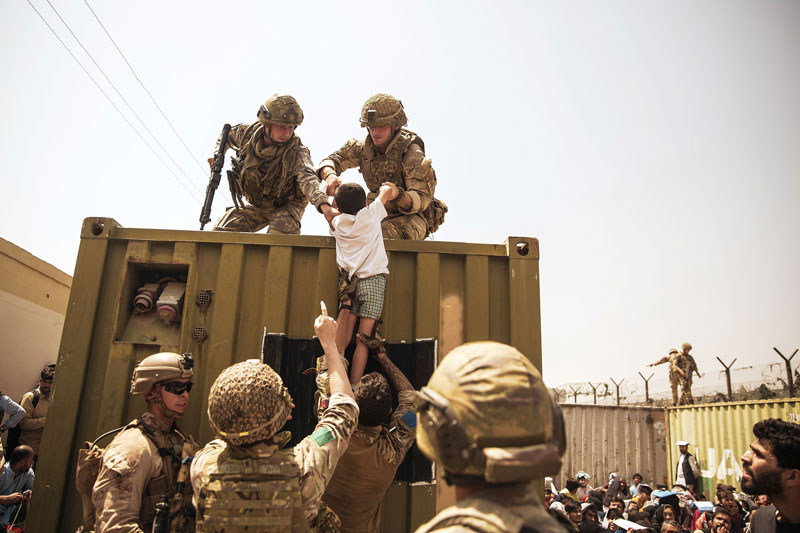 Led by three former generals, a group of Canadian veterans has evacuated more than 1,500 Afghans who faced potential reprisals from the conquering Taliban, spending more than $2.4 million in private donations after Ottawa abandoned its effort.

First created to save about 115 former military-employed interpreters and their families, the Afghanistan Strategic Evacuation Team (ASET) has tapped resources across Canada, inside Afghanistan and beyond to help a growing list of people in need.

After airlifting 3,700 people from the country, most of them Canadian citizens and permanent residents, the federal government practically abandoned the effort Aug. 31, the same day the Americans, who had gotten 82,300 out, ended theirs.

Most refugee claimants never received the Canadian visas they had been promised. A long and complex approval process impeded many who were contending with spotty internet, cell and electricity services—and unrelenting risk.

ASET was supporting about 1,760 people in Kabul safe houses when, for all intents and purposes, it ran out of money. As of mid-November, a private donor had provided funds to evacuate another 320, at a cost of about $3,000 per person.

The group had just enough left in its bank account to pay for some perilous overland evacuations, which routinely encountered multiple Taliban checkpoints and corrupt Pakistani border agents.

Group organizers estimated there were 10,000 Afghans who fall under its purview—civilian workers and their family members—still looking for a way out.

“If we can do it, why can’t you?” Thompson said in an interview with Legion Magazine, referring to politicians and bureaucrats. “These people moved to Kabul based on the belief Canada was going to help them.”

Thompson emphasized the importance of a renewed government commitment on the Afghan file. The issue took a back seat to the federal election, which was called on Aug. 15, the same day the Afghan capital fell.

The election call impeded the bureaucracy, leaving it in caretaker mode and unable to make key decisions that might have helped streamline the process and get more people out, said Thompson.

The notoriously brutal Taliban have purportedly exercised restraint during their first months in power to boost their legitimacy and curry favour with the international community. But Thompson doubts that will last, especially if the new rulers don’t gain the recognition they seek.

There have been reports out of Afghanistan of summary executions, torture and other heinous acts. Thompson, who commanded coalition forces in Kandahar in 2008-2009, said there are known cases in which potential evacuees have been threatened, beaten, imprisoned, tortured or killed.

“It’s not widespread yet,” he said, noting that the former interpreters all cleared military security processes before they were hired. “The reason it’s not widespread yet is because the Taliban are working like hell to buff up their credentials. They’re playing nice, at least in their eyes.”

ASET was formed after a plea from Afghan-Canadian Interpreters, an advocacy group headed by Wendy Noury Long of Niagara Falls, Ont., who’s been trying to get former interpreters out of the country for several years, with mixed results.

The group is working with a network of organizations and individuals, including the Veterans Transition Network, Journalists for Human Rights and the group that oversaw the safe houses, Aman Lara, a Canadian non-profit headed by retired lieutenant-colonel Eleanor Taylor. All are volunteers.