Born in 1925 at Winnipeg, Tom Bjarnason was the last of eight children. His love affair with airplanes began the moment he got close enough to touch one. He remembers being six or seven years old—walking for hours to get to Stevenson Field, now the location of Winnipeg James Armstrong Richardson International Airport. “I could see these airplanes…sitting right there, and I was touching the fabric. It was a thrill I never, ever got over.”

For years Bjarnason had dreamed of becoming a pilot, but a vision problem in his right eye ensured his dream would never come to pass. He was conscripted in the army as a signalman and was then sent to England in January 1944. Within a year he was returned to a Winnipeg hospital suffering from pleurisy. “In England I was never warm once. It was like living under cold, wet water for us. I ended up with pleurisy and was stuck in a hospital. I hate to say it but I was there for two years in bed. They gave me up for dead.”

His mother, an artist, suggested he take a course by mail and learn how to draw. His future was set. 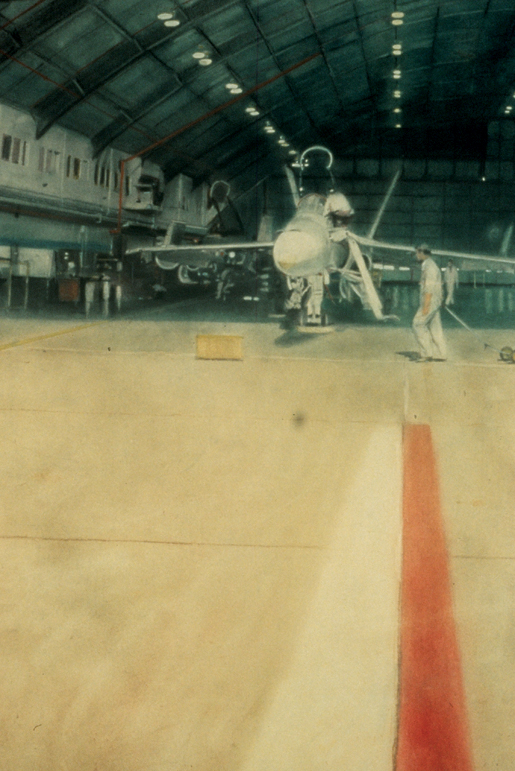 After his release from hospital he studied commercial art at the Winnipeg Art School, then spent three years at the Meinzinger Art School in Detroit, Mich. He returned to Toronto to begin his lifelong career as a commercial artist.

His love of flying and planes never left him, and his aviation paintings were published in popular Canadian magazines. It was one of these articles that came to the attention of the Department of National Defence’s Canadian Armed Forces Civilian Artists Program (CAFCAP). From 1968 until 1995 this program recorded the forces in their peacetime roles both at home and abroad, and Bjarnason was commissioned to go to West Germany in the summer of 1970. 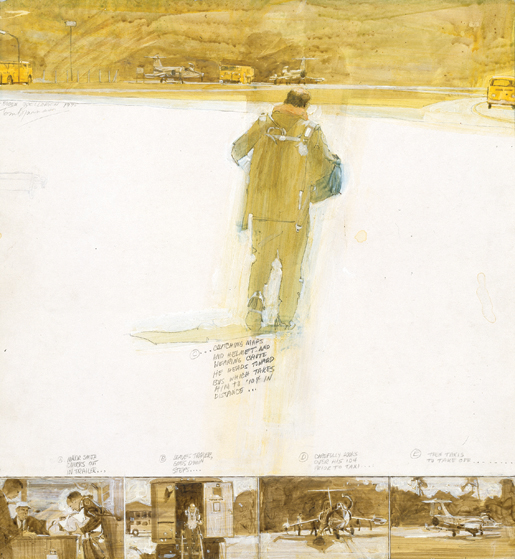 For the artist, this was manna from heaven. He was free to explore the Canadian Forces bases in Lahr and Baden-Soellingen and he took hundreds of photographs for later use as reference and inspiration. Eleven years later he was once again working under the CAFCAP program, this time at CFB Cold Lake, Alta. 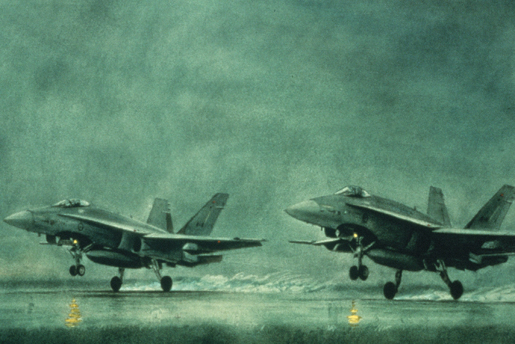 Bjarnason’s paintings are unusual in both style and composition. He layers on transparent ink and acrylic (often white) and renders outlines as part of the work. Although he has created lovely oil pastels, he avoided oil paints because of the drying time required to finish a canvas. Traditionally, aviation artists compose their craft in flight, with clouds and endless blue backdrops, but Bjarnason had a different vision. The majority of his planes are on the ground or just lifting off and juxtaposed with the people who work on them. His background in commercial illustration is apparent in his lines and strong original compositions. He is not afraid of space in a canvas and so the finished design is sophisticated and unusual. 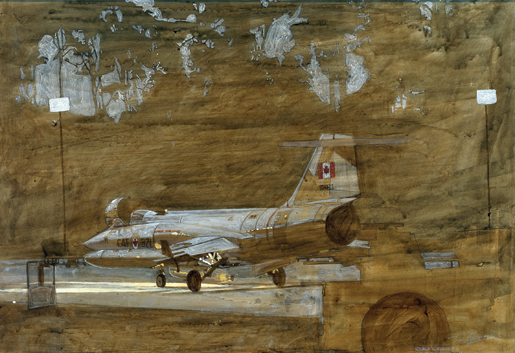 He enjoyed a busy career as a commercial artist which included the design of 21 stamps for Canada Post. He has nine paintings in the collection of the Canadian War Museum, three of which will be part of a travelling show highlighting the work of CAFCAP and Canadian Forces Artists Program (CFAP) artists, titled A Brush With War: Military Art From Korea To Afghanistan. This exhibit opens at the McMichael Canadian Art Collection, a gallery in Kleinburg, Ont., in January 2009. 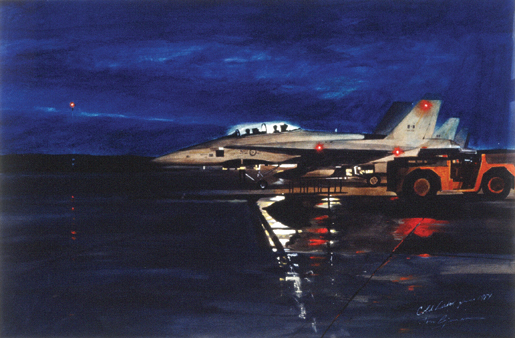