A triangle run used by convoy escorts during the Battle of the Atlantic still firmly links Halifax, St. John’s and Londonderry 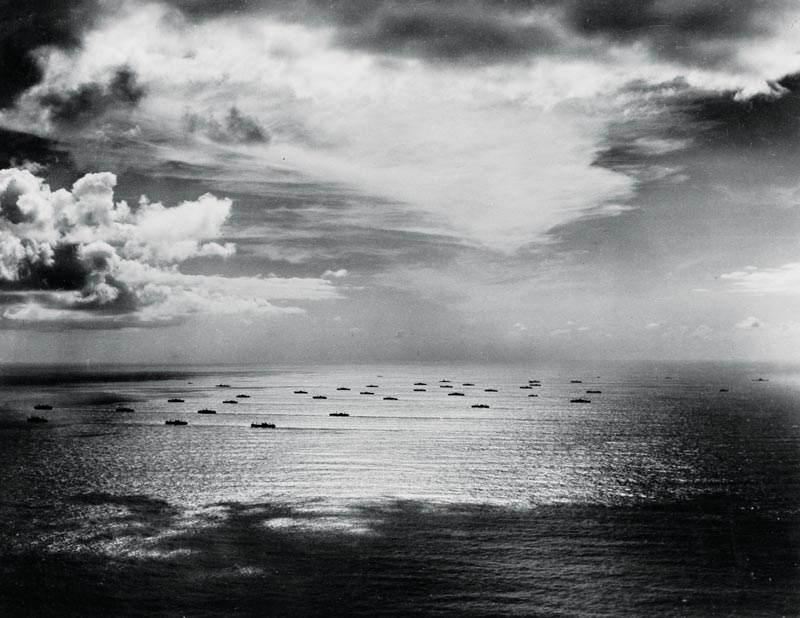 Three ports in Canada and Northern Ireland were connected in common purpose during the Second World War, handling hundreds of convoys carrying millions of tonnes of food, raw materials, war materiel and troops to relieve and support beleaguered Britain.

Today, Halifax, St. John’s and Londonderry are linked in common commemoration of the thousands of Allied personnel—including nearly 2,000 from the Royal Canadian Navy, 1,600 Canadian merchant sailors and 850 airmen—who were killed protecting convoys during the Battle of the Atlantic.

Naval veterans on both sides of the Atlantic Ocean collaborated to provide each of the three cities with a commemorative Convoy Bell, representing this triangle run of the North Atlantic Convoy Escort groups during the war.

Bells have long been a significant symbol to sailors. They mark the passing of time aboard ship and are used in ceremonies. Eight bells toll at the end of a watch—and at navy funerals. Ship’s bells are also turned upside down and used as baptismal fonts, after which the child’s name is inscribed on the bell.

“As much as a ship can approach being a living thing, the bell could be considered to represent its heart and its soul, and even part of its memory,” said retired Lieutenant-Commander Jim Reddy, captain of HMCS Sackville, at the presentation ceremony of the Newfoundland Escort Force Bell in St. John’s  in 2018. 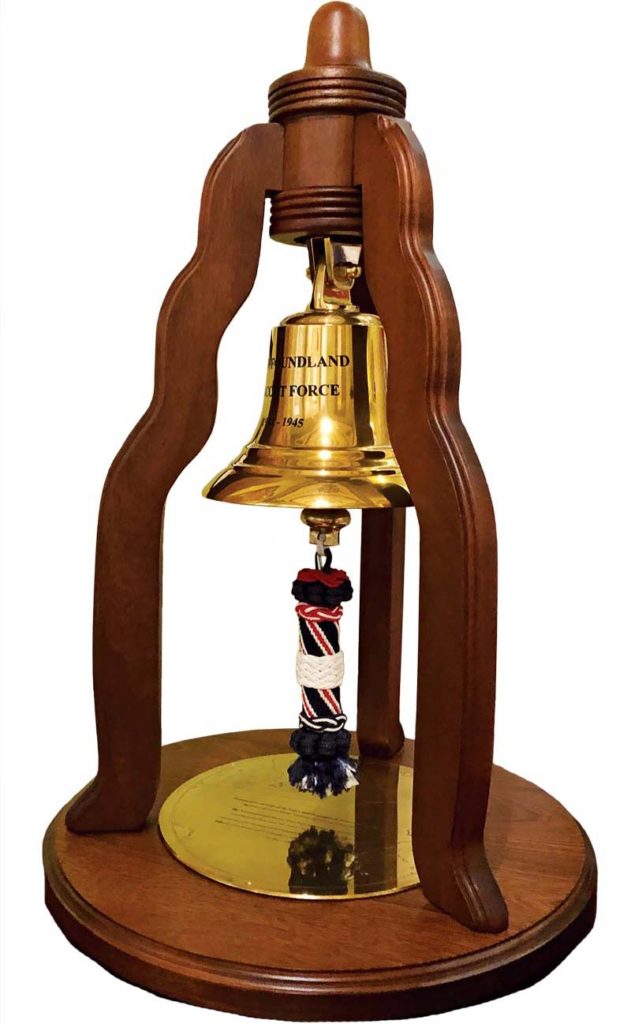 The Newfoundland Escort Force Bell is suspended in a display case that is a gift from naval veterans in Northern Ireland.
Office of the Lieutenant Governor/Government House

Veterans from the Crow’s Nest Officers’ Club in St. John’s, HMCS Sackville in Halifax and the Royal Naval Association branch in Londonderry, Northern Ireland, were among those who collaborated. The Naval Officers’ Association of Vancouver Island was involved in procuring the first two bells. Each of the three bells was consecrated on the opposite side of the Atlantic before moving to its permanent home.

The first, the North Atlantic Convoy Bell, was presented by the Canadian Naval Memorial Trust at the 60th anniversary ceremonies for the Battle of the Atlantic in Londonderry in May 2005. It was consecrated there in Saint Columb’s Cathedral and returned to Canada later in 2005. It is displayed in Halifax, alternating between the Chapel of Remembrance at CFB Halifax and HMCS Sackville, the last surviving Flower-class corvette, which serves as a museum.

The second, the Newfie-Derry Bell, was consecrated in the Anglican Cathedral of St. John the Baptist in St. John’s in 2007 and was presented by the Naval Officers’ Association of Canada to the Royal Naval Association. It is displayed in Londonderry’s Tower Museum and used during commemorative ceremonies.

“Londonderry held the key to victory in the Atlantic,” wrote historian J.W. Blake in 1956. It was the most westerly base for repair and refuelling of ships, and while that was going on, British, American and Canadian sailors took advantage of Irish hospitality to enjoy some rest and relaxation.

“We had two bells,” said retired Lieutenant-Commander Pat Jessup, who has been involved in the project since 2005. “And we wanted a third.”

“The bells will remind generations to come of the awful cost of freedom.”
—Robert Buchanan, president of the Londonderry branch of the Royal Naval Association

After a two-year fundraising campaign in Canada and Northern Ireland, the Newfoundland Escort Force Bell was commissioned by the Londonderry branch of the Royal Naval Association. It was dedicated in Saint Columb’s Cathedral in Londonderry and displayed at the Tower Museum in Derry before presentation to the people of Newfoundland in 2018.

It is on display at Government House in Saint John’s, in a tripod stand designed by Robert Buchanan, president of the Londonderry branch of the Royal Naval Association, to reflect the three bases of the triangle run.

All Posts
PrevPrevious ArticleMedical Advances Behind The Line, Part 2
Next ArticleThe hunt for Convoy HX-133Next