The fighting after Hill 70 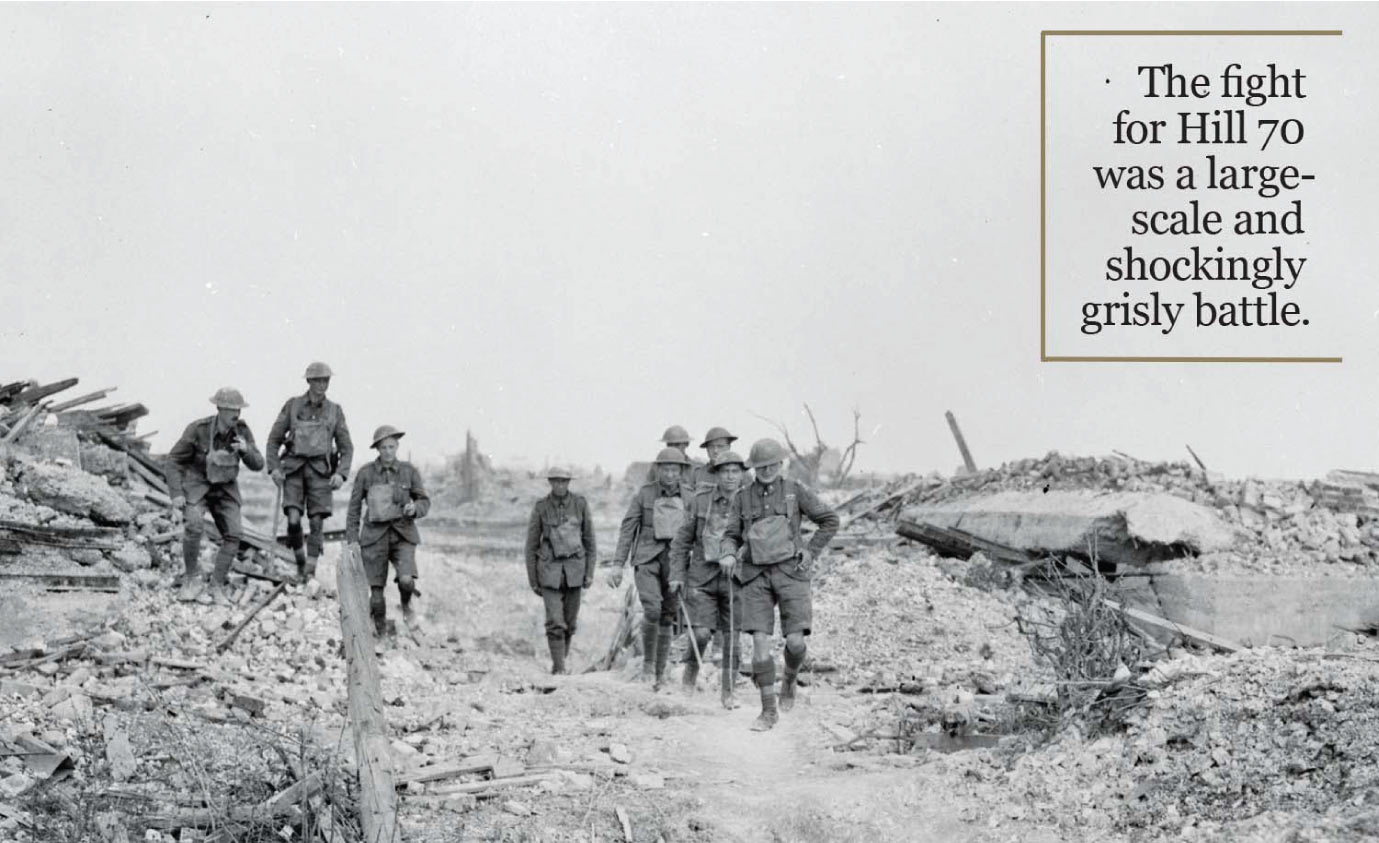 Canadians pass destroyed German gun pits on the western outskirts of Lens, France, in September 1917. German forces held on to the bombarded town until their final retreat in 1918.

The Battle for Hill 70 was an important victory for the Canadian Corps in August 1917, though it did not achieve its ultimate objective.

The Canadians had been ordered to capture the German stronghold at Lens, a French coal-mining centre.

But first, Hill 70 had to be taken. Taking the high ground, noted Brigadier-General Percy Radcliffe, would make “the enemy’s position in [Lens] untenable, and [force] him to evacuate it.” It also would take out guns that would otherwise target Canadians from above as they attacked the city.

But things did not go as originally planned.

By July 16, the Canadians were encamped within a day’s march of Hill 70. But some of the heavy guns had not yet arrived, as chronicled in Capturing Hill 70: Canada’s Forgotten Battle in the First World War.

The guns of the 1st and 3rd Canadian divisions did not arrive in time for the pre-battle bombardment, and logistics officers complained they did not have enough time to prepare. Although the ruined landscape around Hill 70 offered plenty of cover, 500 British and Canadian guns had to be placed to target the hill and the town. It took three days to erect four wireless stations which connected forward observers with the artillery.

“Passed hundreds of guns in the bushes and on the sides of roads. Getting ready and in place for Hill 70 battle,” Private Deward Barnes noted in his diary on July 22.

Preparations weren’t complete until Aug. 14, by which time pre-battle bombardment had destroyed 40 of 102 German batteries.

The Canadians attacked on Aug. 15, assisted by a barrage from 275 guns.

“A roll as of heavy thunder sounds and the sky is split by great sheets of flame,” recalled Arthur Lapointe of the 22nd Battalion, quoted in Thunder in the Skies: A Canadian Gunner in the Great War. “‘Forward!’ our captain shouts, but his voice is lost in the cannonade. Shells pass in salvos over our heads and through the deep roaring of the guns I can hear the staccato rat-a-tat of machine guns.” 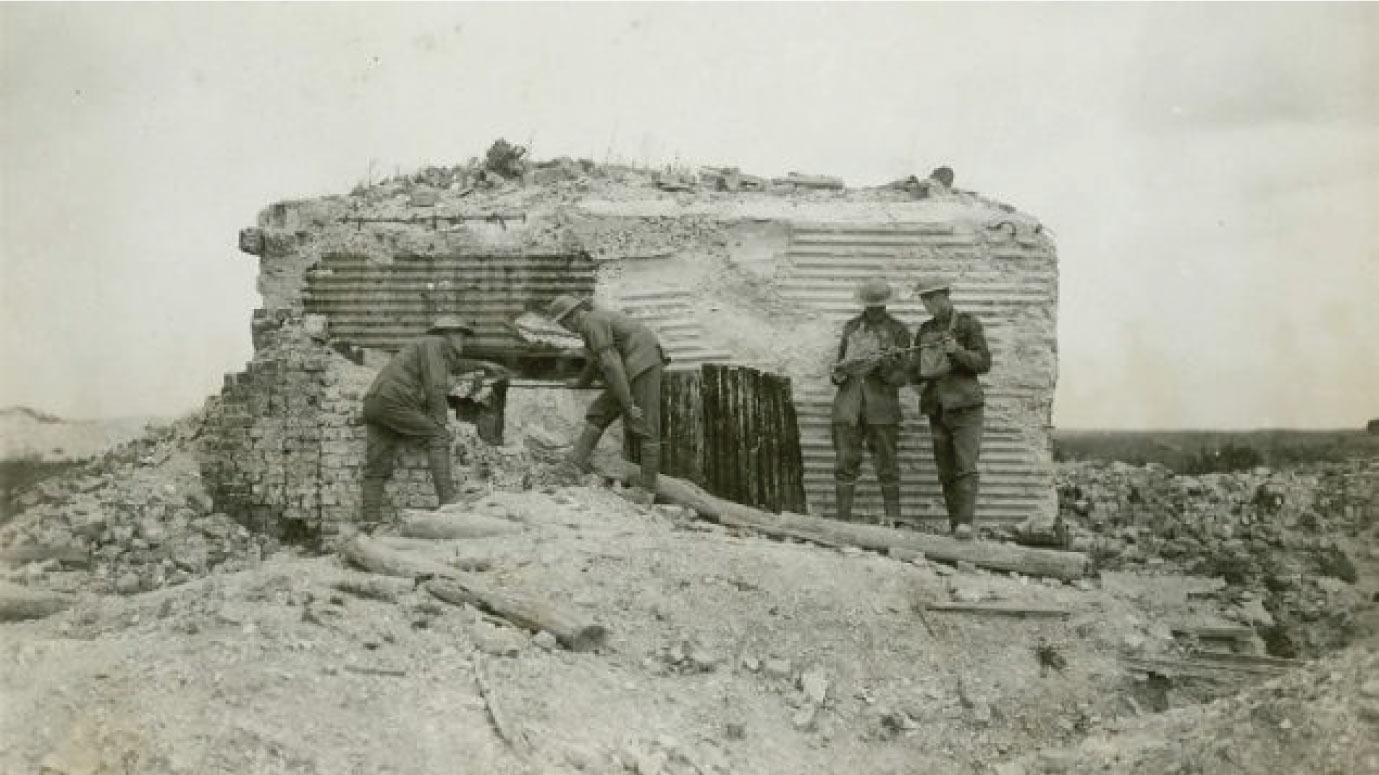 Canadians inspect one of the many German fortified positions in September 1917, after capturing Hill 70 in Lens, France.
LAC/PA-001842
The Canadians captured Hill 70 and held it through 21 German counterattacks in the next four days.

But, contrary to expectations, the Germans did not evacuate the city.

The Canadians were obliged to attack the city beginning Aug. 21 but did not have the resources needed to roust out the enemy street by street. They withdrew Aug. 25, leaving about 8,000 Canadian casualties, and more than twice that many German casualties.

But Hill 70 was held, German attention was distracted from the Passchendaele offensive, and the battle helped to build the Canadians’ fighting reputation.

“A good way to start off” All for one: how unification shook up the military Homesick, seasick and lovesick Operation Moshtarak