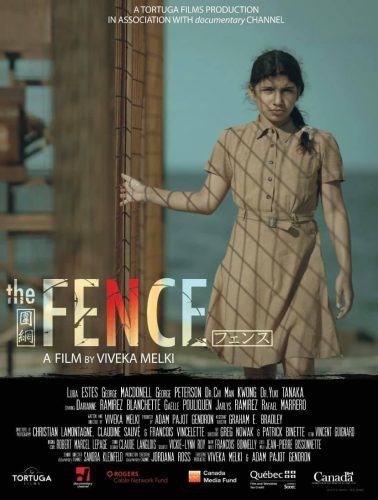 Tortuga Films
There is a scene an hour into Viveka Melki’s documentary The Fence in which George Peterson, the last surviving soldier of the Winnipeg Grenadiers imprisoned by the Japanese during the Second World War, cannot go on.

It is, perhaps, one of the most poignant living testaments to Second World War suffering that exists anywhere, a Canadian’s first-person account of the abuses their Japanese captors inflicted on them after the fall of Hong Kong in December 1941.

“I wasn’t injured during the war at all,” says the 96-year-old veteran. “But mentally, I think everybody was.”

Speaking publicly about his four-year ordeal for the first time, he then starts to relate what happened on his first night as a PoW and the “one thing” that happened that he says he will never divulge.

“That’s between me and the man upstairs,” he says, before breaking down.

The heart-wrenching exchange continues for more than a minute.

At this point, Melki and her camera crew recede and leave the camera running as Peterson’s daughter Pat wraps her arm around his shoulders and holds him close in a father-daughter moment for the ages.

“I didn’t do anything,” he says, his raspy voice struggling through overwhelming emotion. “It was what the Japanese did to me.”

“I know, Dad,” Pat replies, almost whispering into his ear.

“And I will not speak to you,” he says. “I won’t tell that to anybody. Not even you, Pat. You know I love you…. It’s too embarrassing.” 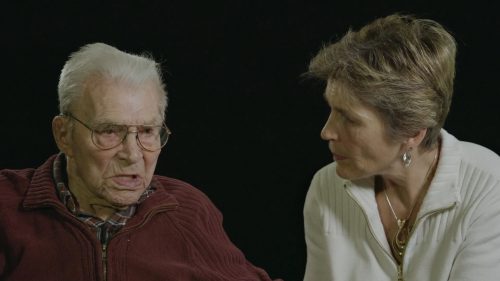 George Peterson and his daughter Pat Peterson.
Tortuga Films
The heart-wrenching exchange continues for more than a minute, momentary silences broken only by Peterson’s painful sobs and his daughter’s comforting words. To say it is captivating and conveys more reality than any historian, textbook or Hollywood blockbuster ever could, is an understatement.

In what she describes as ethical filmmaking, Melki aired the tear-inducing scene for Pat Peterson, a social worker who in fact had urged her at the time to keep filming. Melki sought her explicit permission to use the footage in the final cut of her documentary, which airs Dec. 6 on CBC’s Documentary Channel. She got it.

Pat Peterson told Melki that her father, who has since fallen deep into dementia, would be proud of the film and his role in it. 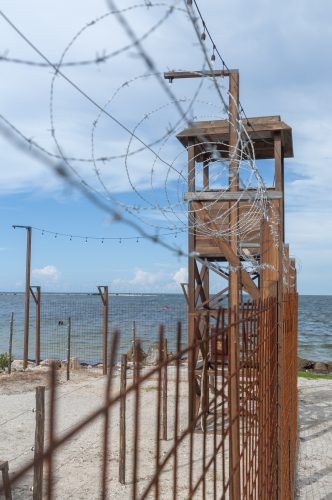 The filmmakers went to Cuba to recreate the fence and watchtower of Hong Kong’s Sham Shui Po POW camp, circa 1941.
Tortuga Films
The “fence” in the title is the fence at Sham Shui Po prison, circa 1941, which Melki and her crew reproduced to exact scale in Cuba, where the topography and architecture resemble those of 1940s-era Hong Kong.

Her film tells the story from both sides of the fence—from the perspective of the prisoners and those outside who faced abuse and starvation at the hands of their Japanese occupiers.

It also serves as a metaphor for, as Melki puts it, “the people versus the government, the black and the white, and what’s good and what’s bad, who’s right and who’s wrong.”

“Those,” she says, “are the questions of history.”

And in Melki’s film, they are living history—Luba Estes included.

Her film tells the story from both sides of the fence.

Estes is a White Russian whose father was imprisoned in Hong Kong. The film transitions from her first-person account to dramatized scenes of her 10-year-old self scraping for food and paying visits to the fence line with her mother in hopes of catching a glimpse of her father.

Elegant and eloquent, she would suffer starvation, witness atrocities and survive—nay, triumph—to become a ballerina, a stage actress, and a CIA operative. “The U.S.A. is now my country, but Hong Kong is the home of my heart,” she says.

Hunger is a constant theme through the film. 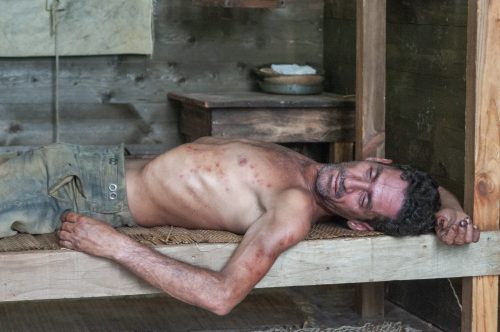 Scenes in the film recreate conditions at Sham Shui Po. Rafael Morrero portrays a prisoner with bed bug bites, languishing inside the POW camp.
Tortuga Films
In another touching scene, Estes talks of how well-adjusted she is despite her childhood traumas. “I have no hang-ups, I don’t have any nightmares.”

“Luba,” Melki asks from off-camera, “could you please reach down into your handbag?”

Estes does so and pulls out a napkin wrapped around something. She chuckles.

“Last night, I sort of panicked,” she says. “I thought, ‘Oh my God, I don’t have anything in the room.’ I grabbed this piece of bread and it made me feel good, that it was with me. And I never ate it. And more often than not, I don’t. But I want to know it’s there. That stuck with me all my life.” 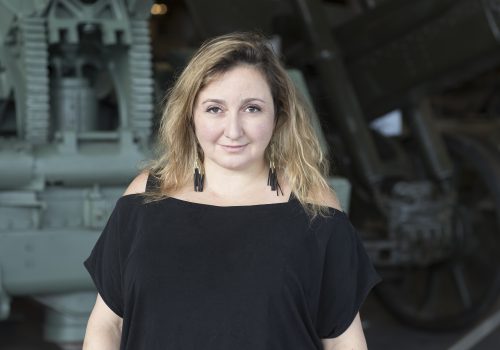 Viveka Melki, the film’s writer, director and executive producer.
Tortuga Films
Melki, who has produced multiple documentaries and the touring First World War exhibition WAR Flowers, exposes elements of Japan’s notorious abuses in Hong Kong that have until now gone largely unacknowledged in postwar Japan, where only sanitized versions of the war are taught.

The documentary includes eyewitness accounts of Japanese troops bayonetting babies and beating pregnant women to death. Melki edited out much detail because it was just too graphic.

In one scene that made the final cut, Chi Man Kwong, a Cambridge graduate and associate professor of history at Hong Kong University, produces documentary evidence of cannibalism in the starving streets of Hong Kong: Kenpeitai (Japanese military police) records of dozens of cases between early-1942 and the end of 1944.

Melki’s attention to detail, right down to genuine period props, and a range of cinematography spearheaded by Christian Lamontagne in Asia and Claudine Sauve in Cuba, raise the piece to more than simple storytelling.

She takes the film to present-day Hong Kong, where some 10,000 student protesters have been arrested by Chinese authorities for taking part in pro-democracy demonstrations.

“You cannot tell this history without telling what’s happening now,” says Melki. “I choose to make my films within current events. I understand a war is not protests. But in the end, it’s all the struggle for democracy.