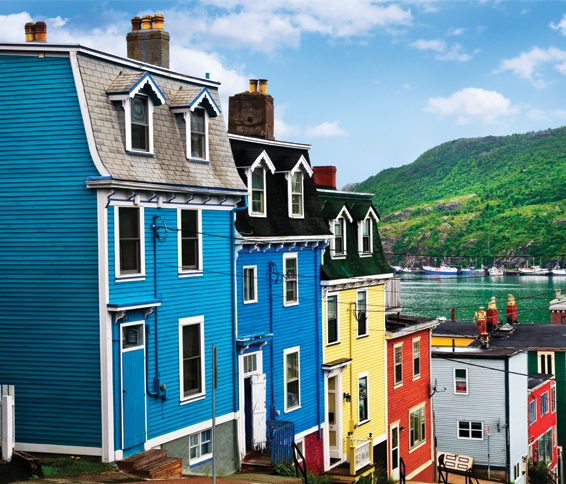 Royal Canadian Legion delegates from commands, sections and branches are invited to assemble their delegates in St. John’s, N.L., for the 46th dominion convention on June 11-15.

“I’m told it will be one of the largest conventions ever held in St. John’s,” said Local Arrangements Committee Chair Berkley Lawrence. About 1,500 delegates are expected, along with spouses and others.

The convention will be held at the newly expanded St. John’s Convention Centre. “It’s all supposed to be finished by February, with the Delta Hotel getting the keys in March,” said Lawrence, who is also the first vice of Newfoundland and Labrador Command.

A logo has been approved for the convention featuring the caribou emblem of the Royal Newfoundland Regiment, the poppy and Newfoundland’s flower of remembrance, the forget-me-not. Across the top of the logo is the theme, Looking Back to See Ahead.

The convention will get underway on Saturday, June 11, with registration open from 9 a.m. to 5 p.m. and continuing on Sunday morning. The registration fee is $60 for delegates and $20 for observers. Payment is in cash only.

Branches are allowed one accredited delegate for every 100 voting members, or fraction thereof. Any delegate accredited by the branch of which he or she is a member may carry up to four proxy credentials in addition to their own. The proxies may be from any branch or branches within the delegate’s own command and must be registered at the opening of the convention. Delegates must have their dues paid up to Dec. 31, 2016.

A credential certificate is included with the convention call, which was issued in an all-branch mailing in December. It is to be completed, indicating the number of delegates and proxies for the branch, and forwarded to the provincial command office.

According to the General By-laws, all resolutions must be received by Dominion Command 112 days prior to the opening of the convention. That means they must be forwarded to the provincial command office and then received at Dominion Command by Feb. 21.

Cab fares from St. John’s International Airport to the downtown average $20 to $30. Rooms have been booked in a number of hotels.

Events begin Sunday with a parade assembling on Water Street and marching to the National War Memorial, built after the First World War while Newfoundland was still a dominion.

“The march to the cenotaph is only about 400 metres. Then we will march to the convention centre, which is 1.2 kilometres away. That will be shorter than the parade in Halifax (in 2012) and a little longer than the one in Edmonton (in 2014).”

Business sessions start on Sunday following the opening ceremonies. The convention will be one day shorter than previous conventions, with the elected officers being installed and the closing ceremonies on Tuesday.

The four branches in the St. John’s area will be offering nightly entertainment and Lawrence says plans for a Newfoundland night of entertainment are still being finalized.

While visiting St. John’s, delegates will have plenty to see, from the famous Signal Hill where Guglielmo Marconi received the first trans-atlantic wireless signal to the Cabot Tower, which offers a breathtaking view of St. John’s and the North Atlantic and is surrounded by five kilometres of hiking trails.

Another attraction is Cape Spear, the easternmost point in North America, known for its lighthouse and frequent sightings of icebergs and humpback whales. George Street is also a favourite, with its numerous pubs with live music.

All Posts
PrevPrevious ArticleOur Back Pages 1926-1938: The early years
Next ArticleExpectations high for new ministerNext