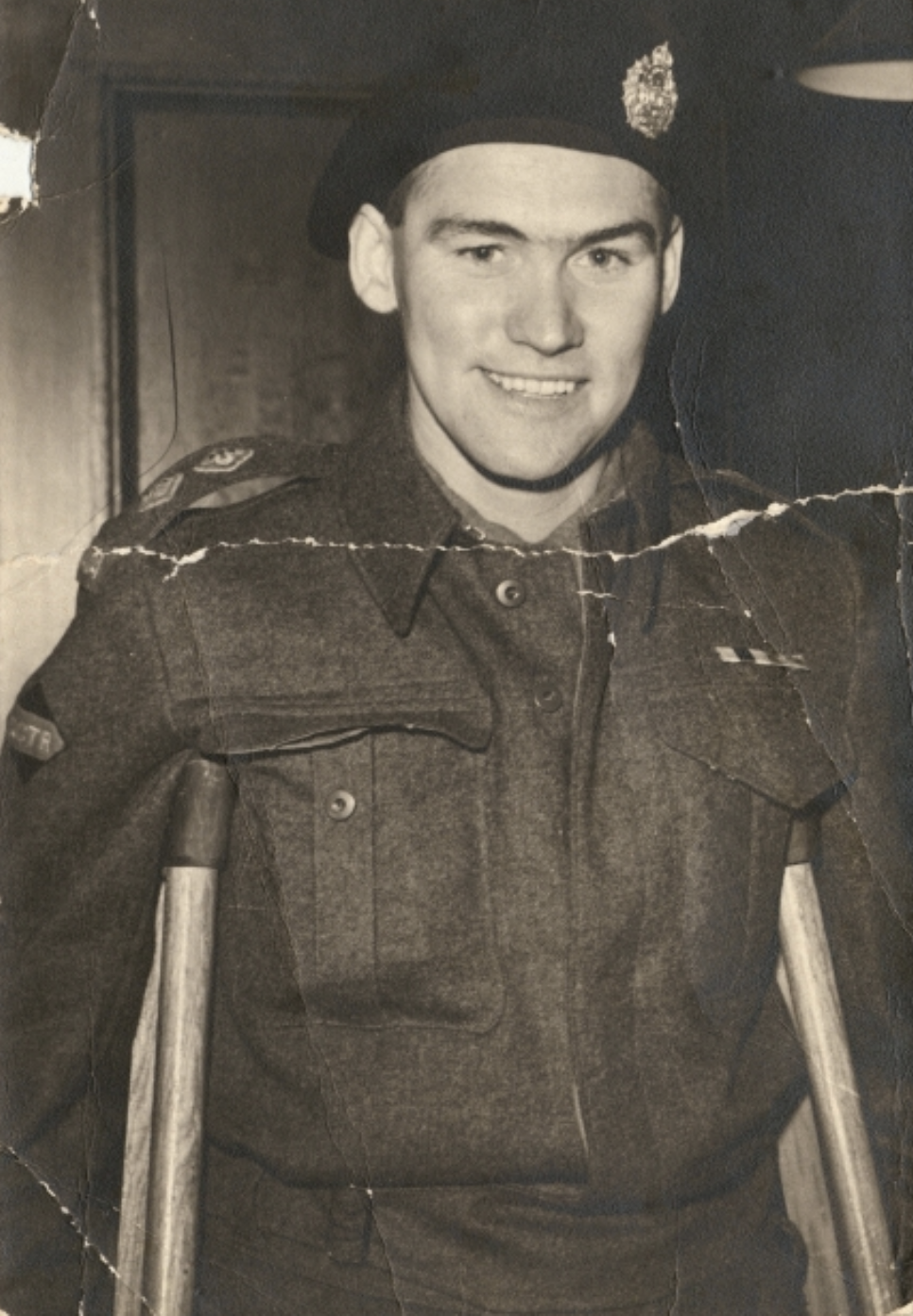 Lieutenant Jack Wallace recovers from wounds suffered on the Italian mainland in the months following the invasion of Sicily.

Jack Wallace, a 23-year-old Sherman tank commander with the Three Rivers Regiment, arrived in Sicily in the heat of summer 77 years ago, he recalled in Shermans in Sicily: The Diary of a Young Soldier, Summer 1943.

Aboard ship for Reveille before 6 a.m. July 10, by 5 p.m. his regiment was ordered to join the attack on Burgio, says the diary, reproduced in Canadian Military History in 1998.

In the next two days, they rolled through three towns that were taken or surrendered. Things were about to heat up. 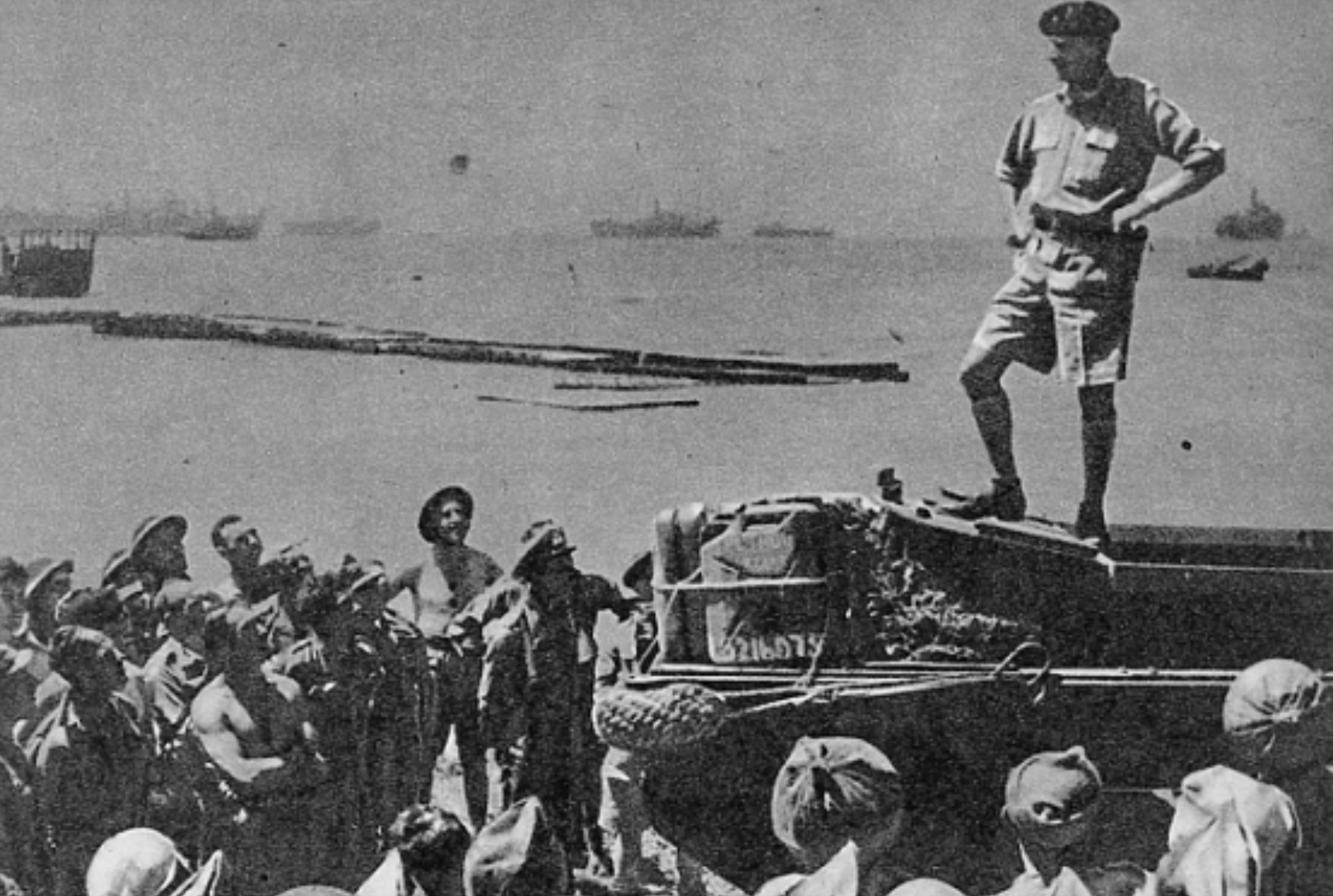 “Monty [Field Marshal Bernard Montgomery] came to inspect our regiment… Recalling that the Edmonton Regiment had been stationed in an old brewery in England, he asked the men if they would like a beer. They answered with a deafening “Yes!” but Monty responded quietly with, “In due time.”

“At 8 p.m., we were ordered to push north with the Edmonton Regiment into Ragusa. I was perched on top of the turret with a platoon commander when a burst of machine-gun fire whistled across in front of us as we entered town.” His gunner destroyed the house whence it came, “but not before two of our infantrymen had been killed and six others wounded. At 3 a.m., we reached Chiarmonte, pushing on through the night to the road junction at Licodia.

“Our orders were to contact the main force of Canadian troops on our right in the area around Grammichele…we could see smoke rising from the town…The roads were jammed with Canadian artillery and transport moving toward Caltagirone. The town had taken an awful blasting from our bombers and artillery. There were dead horses disembowelled on the side of the road creating an unbearable stench. Before reaching San Michele, we crossed a time-bombed bridge which blew up only minutes after our last tank made it over.” 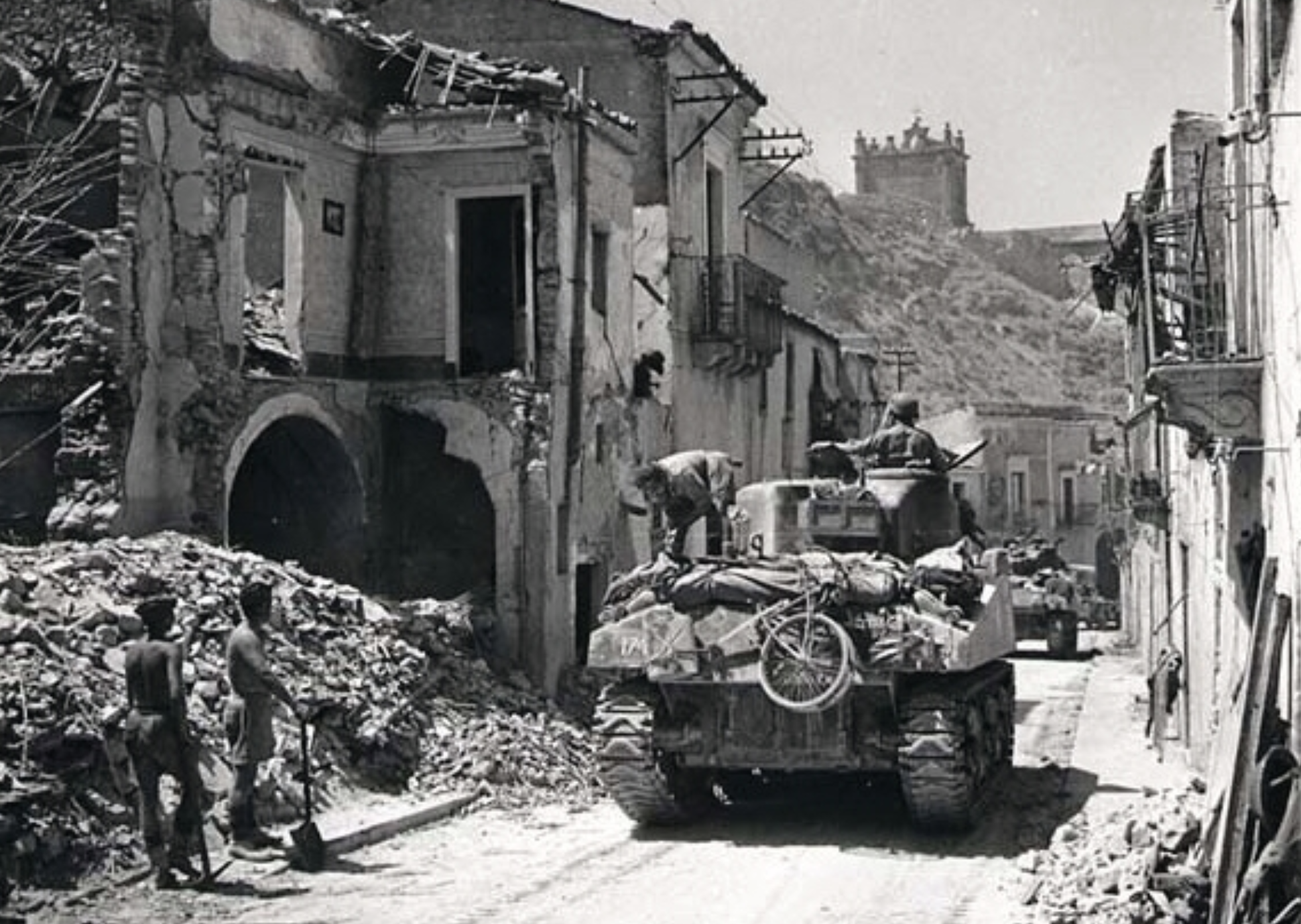 A Canadian tank rumbles through Regalbuto, Sicily, in the summer of 1943. Canadian forces had been training for three years in England before they saw action in Sicily.

“We shelled a sandpit where the Germans were supposed to have a mortar dug in… but all our gunners hit it with their first shots. We advanced further and encountered a platoon of infantry from the RCR [Royal Canadian Regiment] held up by enemy machine-gun fire. Our squadron knocked out three machine-gun emplacements before being called back to prepare for another attack.”

“I put on my tin helmet for the first time since we were getting some sporadic shelling. We crossed some railway tracks but hadn’t gone 20 yards [18 metres] when a mortar shell landed directly in front of us. From a standing position the concussion threw me onto the tank’s floor. My helmet was knocked off and blood trickled from a gash in my forehead. The mortar shell ripped a hole in my helmet two inches long and an inch wide.” An oily gun-cleaning rag was used to stop the bleeding.

“We’d moved only 20 yards further when another terrific blast lifted the front end of the tank off the ground. I thought we’d received a direct shell hit on the tracks, but actually we’d run into a minefield.”

Despite these injuries, Wallace’s tank made it through the invasion of Sicily.

But on Oct. 7 his tank was destroyed stopping a German counterattack at Termoli, on Italy’s Adriatic coast. He was the only crew member to survive, though so severely wounded he spent six months in hospital before being sent home to Canada. He was awarded the Military Cross.