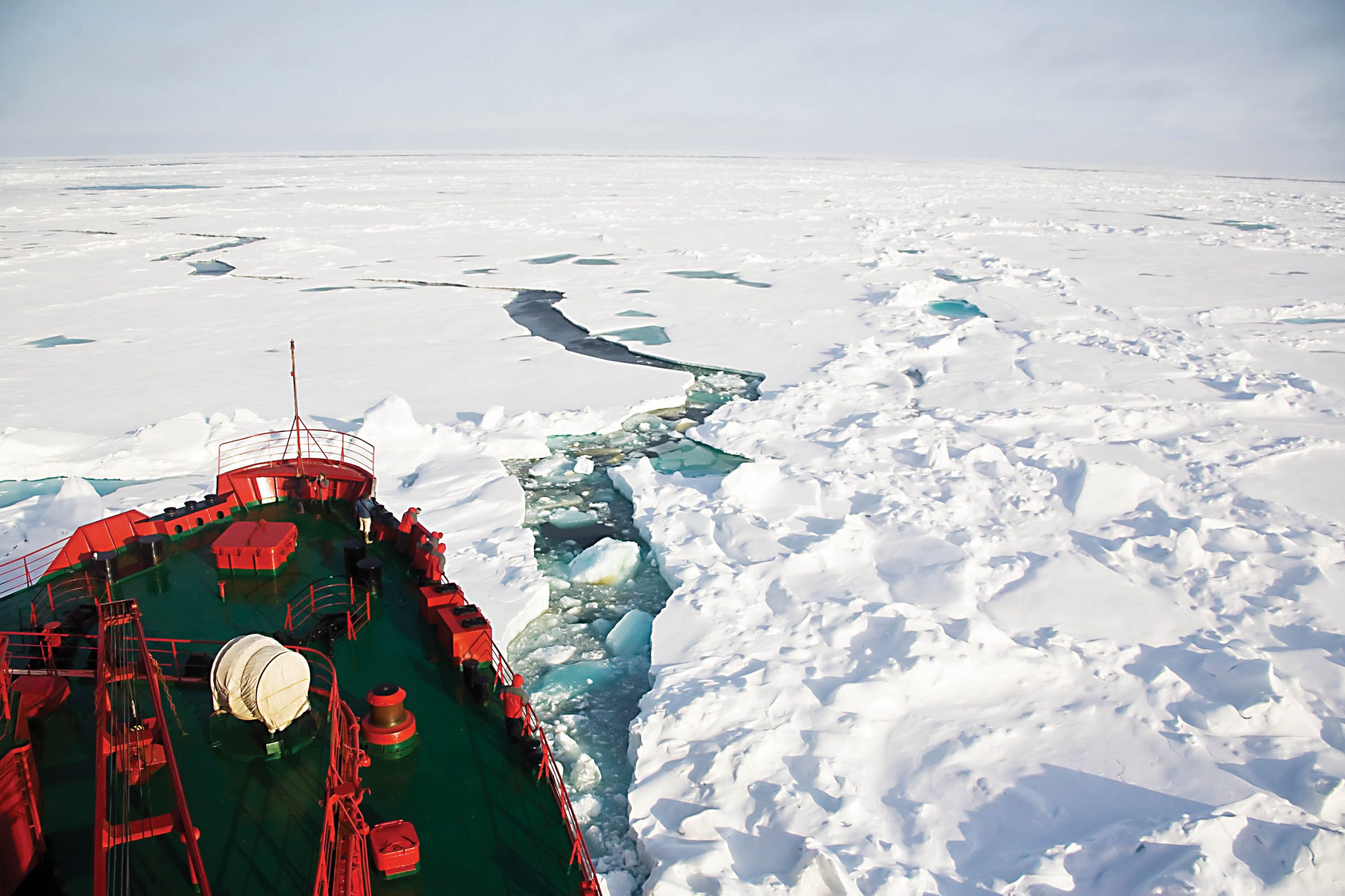 In late April, the Russian military carried out a joint exercise on Franz Josef Land in the High Arctic that began with a parachute drop from an IL-76 transport aircraft at 30,000 feet. The weather at that time of year is still very cold. And yet the Russian paratroopers were able to land and occupy a small island in a three-day mock battle.

The exercise was only another manifestation of Russia’s growing military power in the Far North. Old Soviet bases are being refurbished and new ones established. Cold-weather equipment is being developed and deployed. With the largest icebreaking fleet by far, Russia continues to build new icebreakers, including heavy nuclear-powered ships.

Russia’s ambitions are simple: it aims to dominate the High Arctic—including the Arctic Ocean—with a major military presence. It is succeeding largely because the other Arctic nations—Canada, the United States, Denmark, Finland, Iceland, Norway and Sweden—do not have the capability of challenging them or, for whatever reasons, have decided against it.

The United States is certainly capable of matching Russian capabilities, but with military priorities spanning the globe, the Arctic comes in dead last.

Canada has the world’s second-largest icebreaking fleet but most of those ships have limited icebreaking capacity. All of the current icebreakers are operated by the civilian coast guard, none are armed. The Arctic offshore patrol ships that are still under construction have a limited icebreaking capacity and minimal armament. The first one, HMCS Harry DeWolf, should be operational in the next year. The navy will receive six of these vessels and the coast guard will get the other two. None of Canada’s current icebreakers is capable of operating in winter; the long-planned John G. Diefenbaker, a heavy Polar Class 2 ship, is designed to operate year-round in moderate ice conditions but the ship—originally scheduled to join the coast guard fleet in 2017—is now projected to be complete in 2029.

Whereas the Russians are stationing thousands of winter-capable troops above the Arctic Circle, Canada’s military in the Far North consists of the Canadian Rangers—a mostly Indigenous force mounted on snowmobiles and armed with Finnish-designed bolt-action rifles. There are 5,000 of them and they are, effectively, the eyes and ears of the Canadian military in the High Arctic. Highly effective in what they do, they do not constitute a serious military force.

What then are Russia’s goals in the High Arctic? Surely no nation in its right mind would ever attack Russia in the Far North. And why should Canada worry about the fact that it not only speaks softly in the Arctic regions, but also carries a very little stick?

Russia is doing in the Arctic what China is doing in the South China Sea—aiming for political and economic domination through military domination—and thus gaining the capability to thwart whatever international law says about its sovereign regions and its subsea claims.

In 2016, the Philippines challenged China’s claims to sovereignty over virtually all of the South China Sea at the Permanent Court of Arbitration at The Hague in the Netherlands. The court ruled that there was no legal basis for China’s claim despite the use of some of the waters of the sea by Chinese navigators or fishers from historical times. China immediately rejected the court’s decision and has continued to build and reinforce naval and air bases on artificial islands it has constructed on reefs in the sea. To this day, China continues to claim sovereignty over those waters, although most seafaring nations, including Canada, dispute those claims and conduct regular “freedom of the seas” voyages in the area.

In the Far North, the United Nations Commission on the Limits of the Continental Shelf will soon decide the undersea boundaries of the Arctic Ocean as claimed by the eight Arctic nations. What is at stake is the huge potential wealth on or under the Arctic seabed. In the case of competing claims by Canada and Russia, the geographical feature known as the Lomonosov Ridge, which spans 1,800 kilometres between Russia and Canada, is at stake.

However the UN commission decides, the Chinese have shown in the case of the Philippines versus China that possession is still nine-tenths of the law; the nation that wields military power in the region will call the shots no matter what international arbitration bodies rule.

PrevPrevious ArticleEYE ON DEFENCE: Dealing with racism
Next ArticleSpace, deep-sea tourism coming in 2021—if you’ve got the bucksNext