Russians resort to antiquated but deadly weapon in Ukraine 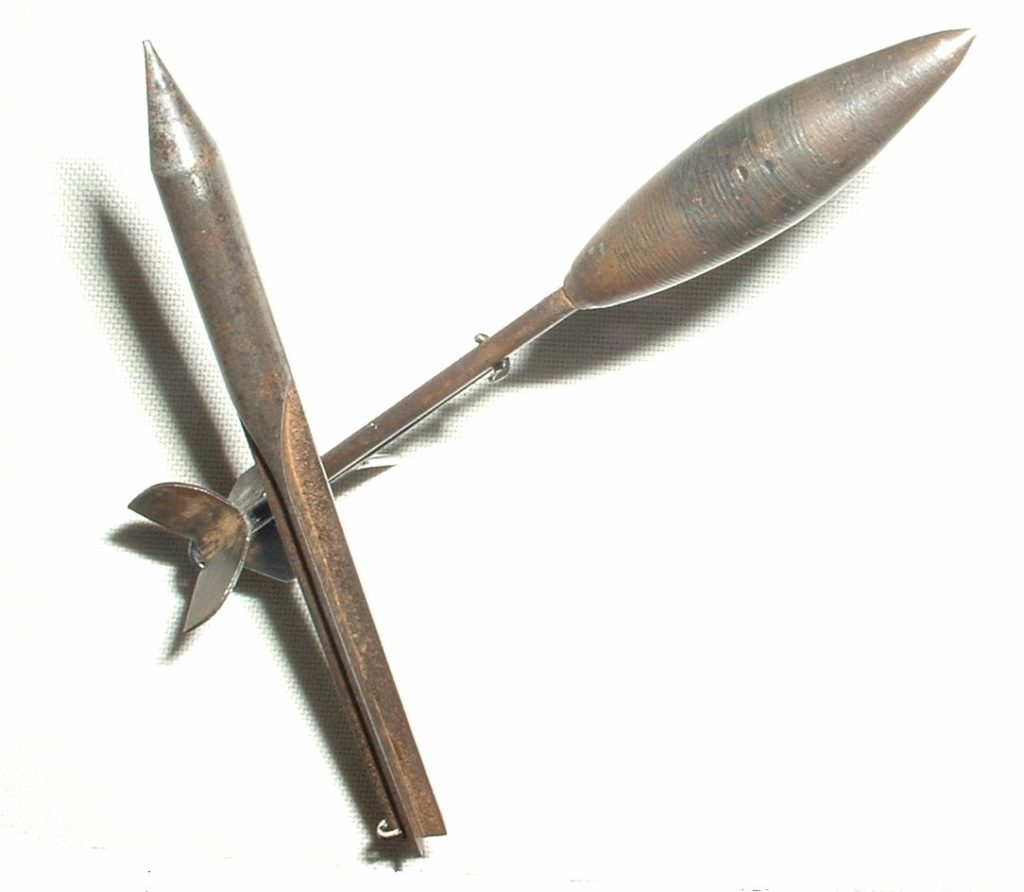 Fléchettes were used by the United States military in so-called “beehive” munitions during the Korean and Vietnam wars, named for the buzzing sound they made when deployed.
Wikimedia

Fléchettes are among the smallest weapons on the battlefield.

At three centimetres long, fléchettes are among the smallest weapons on the battlefield—a kind of miniature dart or arrow with fins.

Deployed from a bursting artillery shell high over an enemy formation, they’re about as deadly and indiscriminate as they come, raining down on their unsuspecting targets over areas as broad as three football fields.

As they have since they crossed the border into Ukraine on Feb. 24, however, Russian troops have not restricted their targeting to opposing military. They have inflicted widespread infrastructure damage and civilian death throughout their areas of operation.

On Easter weekend, Svitlana Chmut took reporter Alex Horton of The Washington Post on a tour of her yard and neighbourhood in the Ukrainian city of Bucha, where thousands of the now-rusting steel darts landed after the Russian artillery shell that carried them burst overhead in late-March, sending them raining down.

The attack came less than a week before the Russians ended a 19-day reign of terror over Bucha’s 37,000 residents, hundreds of whom appear to have been executed in the worst-documented massacre of the war so far. 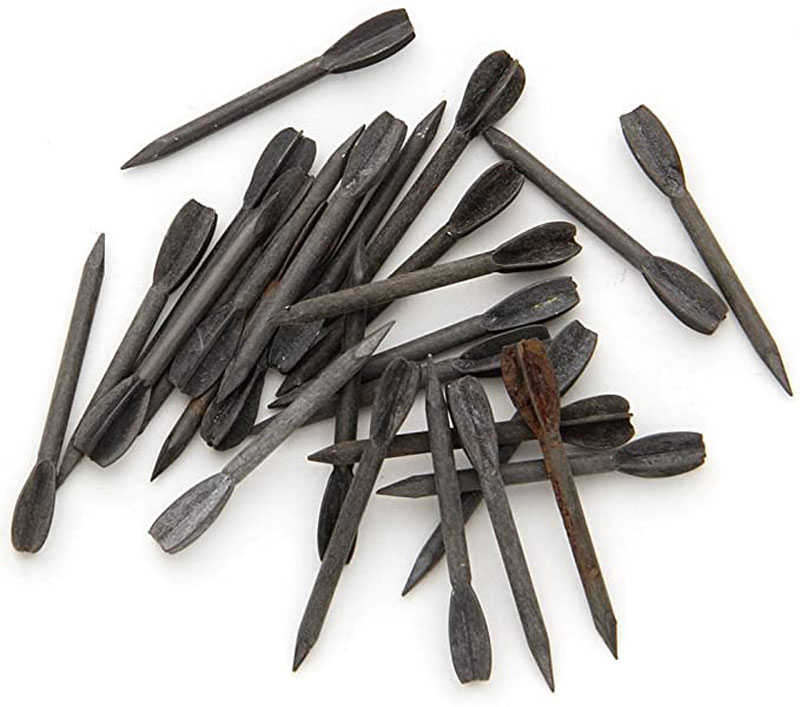 First World War fléchettes were dropped from aircraft on troops in front-line trenches and open areas. Their use today is frowned upon but not necessarily unlawful.
Wikimedia

Their name taken from the French for “little arrow” or “dart,” fléchettes were first used in the First World War. They were dropped from aircraft onto infantry formations and could pierce helmets. A 105mm shell can contain 8,000 darts.

In the 1950s, researchers at Johns Hopkins University in Baltimore developed the direct injection anti-personnel chemical biological agent, a form of fléchette that was grooved, hollow-pointed, or otherwise milled to carry a chemical or biological warfare agent—initially a nerve agent.

They were intended for use against troops on open ground.

The U.S. biological weapons program also deigned a micro-fléchette to deliver neurotoxins. Other countries developed their own fléchettes and all came up with specialized systems to deliver them, including assault rifles and shotguns.

They were intended for use against troops on open ground. A ballistic shell packed with fléchettes and fired by tanks or howitzers was set off by a fuse, scattering fléchettes in an expanding cone.

While the weapon, some versions of which are known among troops as “meat grinders,” is not banned and fléchette capability still exists in many weapons arsenals, it has been rarely used in the last half-century.

Israel is believed to have used fléchettes on Palestinian targets in Gaza, saying in 2014 it “only deploys weapons that have been determined lawful under international law.”

In 2008, Israeli fléchettes killed 24-year-old Reuters photographer Fadel Shana and eight Palestinian civilians. Investigators, including a United Nations fact-finding mission, have documented other incidents of their use by Israel.

The UN Human Rights Council noted fléchette shells are not capable of discriminating between targets once the shell explodes.

“They are, therefore, particularly unsuitable for use in urban settings where there is reason to believe civilians may be present,” explained its Sept. 25, 2009, report.

Israel said the use of fléchettes is legal and that they “are not prohibited under the Law of Armed Conflict or under specific conventional prohibitions or restrictions.”

Chmut said she found the projectiles in her car after a night of intense artillery exchanges.

However, indiscriminate use of any weapon capable of inflicting widespread death and destruction in civilian areas, including fléchettes, could be considered a war crime. 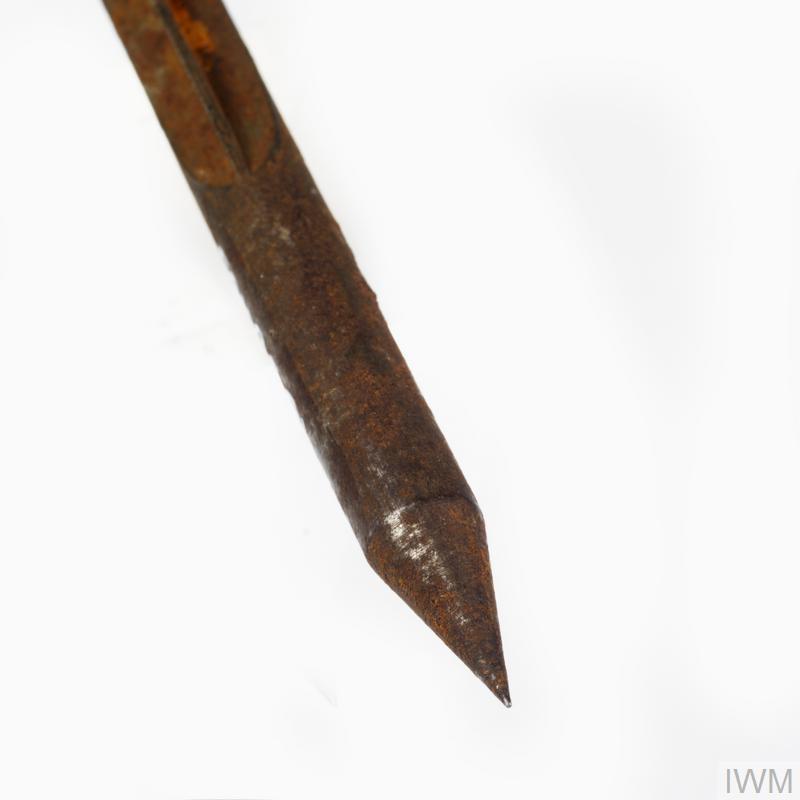 A German fléchette from the First World War. Israel has used the weapon on Palestinian areas.
Imperial War Museum EPH 8061

Chmut said she found the projectiles in her car after a night of intense artillery exchanges. Russian troops had established firebases and parked tanks in yards near Chmut’s home. At night, they moved inside, where fléchettes couldn’t hurt them.

Ukraine’s military has said it doesn’t use fléchettes. Neil Gibson, an expert in munitions at the U.K.-based Fenix Insight, told the Post the fléchettes dropped on Bucha probably came from a 122mm 3Sh1 artillery round, one of the few Russian munitions that carry the projectiles.

“Everything around us was burning” over the weeks-long battle for Bucha, said Chmut. “There was no fresh air, and you could not see the sun.”

She told the Post enemy troops swarmed her neighborhood, raiding homes for food, electronics and liquor. A sniper perched on a construction crane killed several civilians trying to flee the area.

Investigators have documented hundreds of war-crimes cases since the invasion began. Multiple civilian areas have been devastated by targeted shells and aerial attacks, including hospitals and other infrastructure. Mariupol in southeastern Ukraine has been “wiped off the face of the Earth,” said its mayor.

The Russian invaders have used cluster munitions and thermobaric weapons, known as “vacuum bombs.” Neither Russia nor Ukraine has signed an international treaty banning cluster bombs, and thermobaric weapons that suck oxygen from the air are not formally outlawed. But investigators believe Russia has used both weapons on civilians, which would be a crime.

U.S. officials say Russia has launched multiple hypersonic missiles, primarily at military targets in Ukraine. The weapons can travel at roughly five times the speed of sound, making them difficult to detect.

“It is possible that the occupiers wanted to use this chemical to strike Kyiv.”

Yuriy Bova, mayor of Trostianets in Ukraine’s northern Sumy region, said officials discovered traces of deadly sarin and other chemicals after Russian troops withdrew from the nearby village of Bilka.

Sarin is a clear and odourless substance classed as a potentially lethal nerve agent. The U.S. Centres for Disease Control and Prevention consider it among the most toxic and fast-acting of known chemical warfare agents.

“We discovered ampoules,” Bova told London’s Express newspaper. “The Security Service of Ukraine is currently working on this.

“It is possible that the occupiers wanted to use this chemical to strike Kyiv, Poltava or other cities.”

Matthew Kroenig, director of the Atlantic Council’s Scowcroft Strategy Initiative, told The Hill the limited use of banned chemical weapons falls into a possible Russian playbook of testing the level of the international response.

Russian President Vladimir Putin has not ruled out the use of nuclear weapons.

As of April 19, the United Nations human rights office had verified 2,224 civilian deaths and another 2,897 wounded in Ukraine since the war started. It specified that the real numbers could be higher.

An award-winning journalist, editor and photographer. He has reported on the downfall of South African apartheid and from war fronts in Kosovo and Afghanistan.
All Posts
PrevPrevious Article‘Why not?’ A Canadian sniper in Ukraine
Next ArticleMariupol steelworks siege echoes 1942 fighting at Stalingrad tractor plantNext