Remembering the first Canadian to die in the Second World War 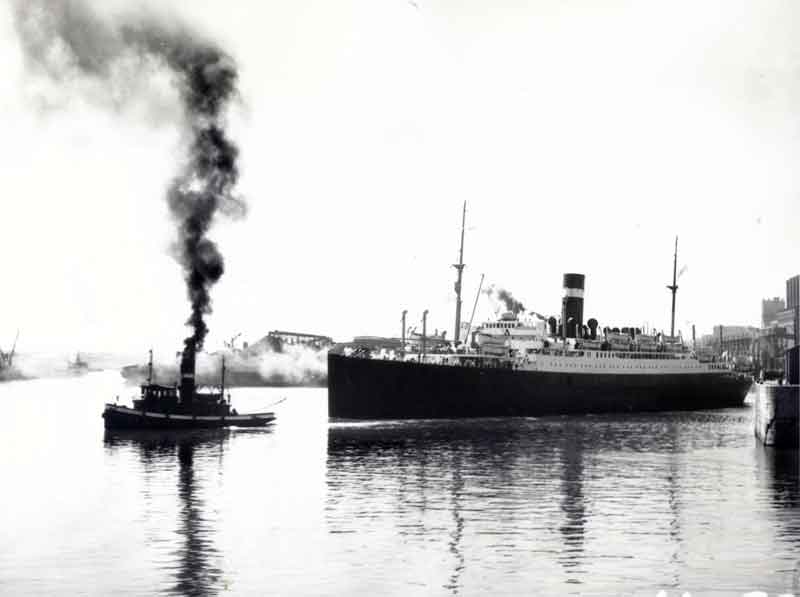 The SS Athenia, under tow, counted 469 Canadians among its 1,418 passengers when it departed Glasgow on Sept. 1, 1939.
PA-056817
On Sept. 1, 1939, the passenger liner Athenia left Scotland bound for Montreal, two days before Britain declared war on Germany.

Athenia was carrying 1,418 passengers and crew, including 469 Canadians, mostly women and children, trying to get home before hostilities began. Among them was Hannah Baird of Verdun, Que., who went to Britain as a nanny, escorting two children travelling to join relatives, and took a job as a steward on Athenia to work her way back home.

But the Second World War began while Athenia was at sea. Britain declared war on Germany at 11 a.m. on Sept. 3. The Germans had stationed a score of U-boats around the British Isles and were ready to attack, which they did—just eight hours after war officially began 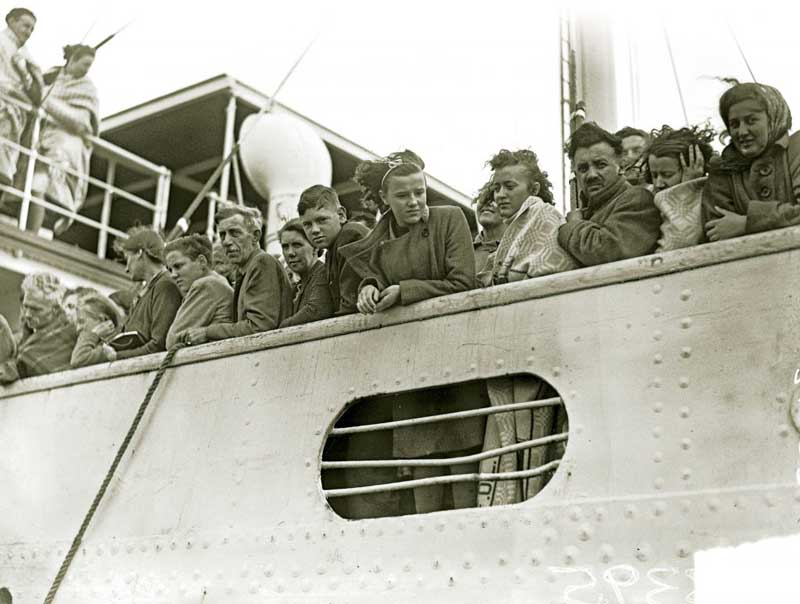 Survivors are taken ashore after their rescue from SS Athenia.

INDEPENDENT NEWS AND MEDIA/GETTY IMAGES/534277070
Athenia was the first British ship torpedoed by a U-boat in the conflict and Baird was the first Canadian civilian war casualty, seven days before the country entered the war.

Athenia’s captain, James Cook, had the liner run without lights and sailed in an erratic pattern to avoid detection by the unterseeboots. About 300 kilometres north of Ireland, Cook thought the ship was far enough from land to be out of danger and joined passengers for the second serving of the evening meal.

The very actions he took to avoid U-boats doomed his ship. Though Germany was bound by treaty not to sink civilian passenger ships, Oberleutnant Fritz-Julius Lemp, captain of U-30, mistook the evasive action of the passenger ship for those of an armed merchant cruiser, or so he later claimed.

At 7:40 p.m., a torpedo destroyed Athenia’s engine room. The room’s entire crew was killed, along with dozens of passengers, mostly women and children, whose cabins were demolished in the explosion and flooded. Witnesses described a blast full of steel, soot, smoke and body parts erupting from the hatch. Dozens of people on deck were flung about.

Realizing his mistake, Lemp did not hang around to rescue survivors, but swore his crew to secrecy. Nazi high command ordered him to falsify his log lest the loss of the 28 Americans aboard provide incentive for the neutral United States to join the war.

The Germans claimed Athenia had struck a mine, but enough survivors had witnessed the submarine surface and fire again to reveal the lie.

“I remember vividly seeing people clinging to the side of our lifeboat, but it was already too full to take them aboard.” 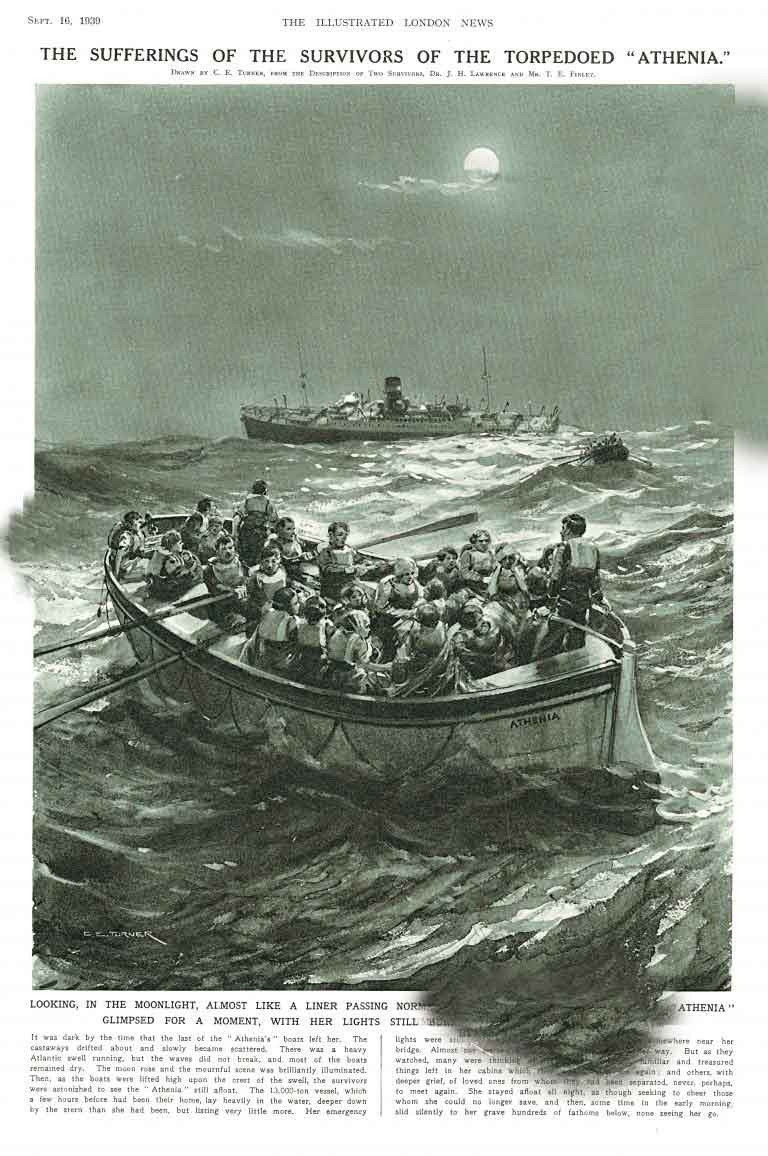 The Illustrated London News commissioned an artist to depict a lifeboat drifting away from the foundering vessel.

ALAMY/KKFP4K
Athenia sank slowly. Rescue signals were sent out and all 26 lifeboats were deployed.

Although some 1,300 survivors were rescued, 98 passengers and 19 crew perished, some in the explosion, some awaiting rescue; 54 were Canadians.

Jean Craik of Ottawa had been on deck when the torpedo struck and everyone was ordered to abandon ship. She was in a lifeboat with 56 survivors, mostly women and children, and two sailors. The lifeboat capsized in heavy seas and the sailor who had given her his lifebelt died. Craik saw fellow lifeboat passengers drown as she floated in the water for six hours before she was rescued.

Elizabeth Turner of Toronto was luckier.

“I was standing on the upper deck (when) suddenly there was a terrific explosion and I was thrown to the deck,” she said in an interview with the Liverpool Echo.

“When I recovered from the shock I saw several men lying dead on the deck quite near me. Apparently they had been killed by the explosion. The lifeboat into which I was put capsized but was righted again and all the people managed to get back again.

“I remember vividly seeing people clinging to the side of our lifeboat, but it was already too full to take them aboard. It seemed like years before our lifeboat was picked up by one of the destroyers, which arrived just in the nick of time as the boat was then nearly full of water and it was up to my waist when I was taken onto the warship.”

Each lifeboat had a hole in its bottom to allow water to drain out when stored on Athenia. Plugs were supposed to be put into place before the lifeboats they launched, but were forgotten in the panic and confusion.

The first rescue vessel to arrive was the Norwegian steamer Knute Nelson, which picked up more than 400 Athenia survivors—but one lifeboat, Baird’s, met with disaster during the rescue.

Able Seaman H. Dillon of Glasgow, who with three other crew were in a lifeboat containing 52 women, was interviewed by the Liverpool Echo after reaching shore Sept. 5.

“When the Norwegian ship came to our rescue we drew alongside and made fast but our boat got under the stern of the vessel and struck by the propeller, which knocked the bottom out of our boat…there were only about seven or eight survivors.” Baird was not among them.

Baird is commemorated on the Halifax Memorial and on a plaque in Veterans Memorial Park in Langford, B.C., that is dedicated to women merchant mariners who died while serving in the two world wars.

PrevPrevious ArticleCanada’s Nursing Sisters of the First World War
Next ArticleOn this date: September 2022Next