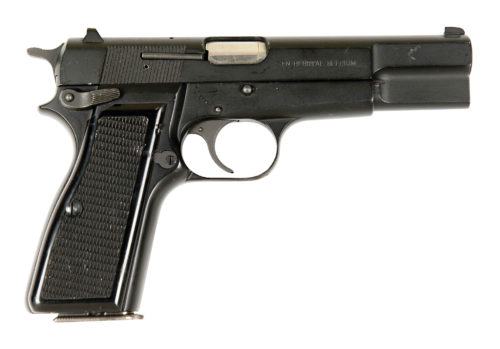 DND has restarted a program to replace the Browning Hi-Power pistol (left) with newer handguns.
Wikimedia

With the pandemic dominating headlines for most of 2020, Canada’s never-ending military procurement problems have received little media attention.

That doesn’t mean that finally, after decades of bumbles and stumbles, a Canadian government has finally straightened out the procurement mess. Far from it. But two recent acquisitions, or attempts at acquisition, are good signs.

The Department of National Defence has relaunched a program to replace the basic sidearm of Canadian soldiers, as reported by the Ottawa Citizen in September.

Canada’s infantry and other combat arms are still equipped with a Second World War-era pistol. The Browning Hi-Power 9-millimetre pistol they use was originally designed by American firearms inventor John Browning and introduced in 1935. His pistol derived from the earlier Colt M1911, which he also designed.

The Hi-Power is a simple, rugged handgun able to shoot up to 13 rounds. It was produced by Fabrique National Herstal in Belgium and, toward the end of the war, by John Inglis and Company in Toronto. It is used, or has been used, by dozens of militaries around the world.

But it is still a 100-year-old design that reflects the technology of that era. Compared to composite handguns now used by the American military and many police forces, it is heavy, slow, made of steel (with wooden or plastic handles) and uses a mechanism that, while reliable and rugged, cannot match the firing characteristics of modern pistols.

Proposals to replace the Hi-Power with a modern pistol were made at least a decade ago, but went nowhere due to conditions placed on gun manufacturers by the federal government. Now those conditions have been dropped, contract bidding is to start in 2021, and the first new pistols are expected in 2022. 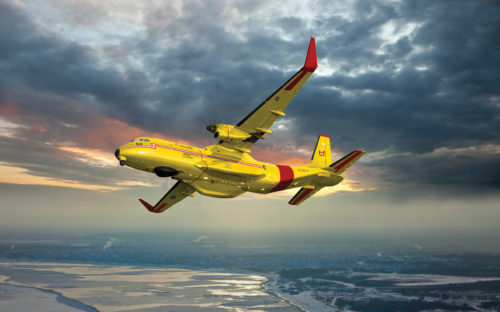 he first of 16 CC-295 Kingfisher search-and-rescue aircraft (opposite) arrived in September.
DND

The other project finally bearing fruit is the arrival of Canada’s first CC-295 Kingfisher search-and-rescue aircraft on Sept. 25. The aircraft, made in Spain by a subsidiary of Airbus, is to replace the de Havilland Canada DHC-5 Buffalo twin-engine turboprop.

The Buffalo is a good aircraft that has been sold to many countries, but Canada’s have been in service for more than 50 years. The Kingfishers will also replace the Lockheed CC-130H Hercules, another excellent aircraft, but one which also has been in Canadian service since the mid-1960s. (This older Hercules is not to be confused with the modern Lockheed Martin C-130J Super Hercules acquired by the Royal Canadian Air Force within the past decade.)

Proposals to replace the Buffalo started as early as 2002 by the chief of the defence staff and were included in the DND budget of 2004. The original aim was a strict search-and-rescue aircraft. But the RCAF wanted a twin-engine plane that could also serve as a light, tactical transport. The new aircraft was supposed to begin operating around 2010. Ten years later, the first of 16 Kingfishers have arrived.

There is not much to say about military procurement in Canada that has not already been said. The Maritime Helicopter Project—resulting in the Sikorsky CH-148 Cyclone multirole shipboard helicopter—took 40 years to complete. The search to replace the CF-18 Hornet fighter aircraft grinds along.

Canadians rarely care much about their military during peacetime. That is the basic reason for the constant procurement failures. But what exactly is “peacetime” in the 21st century? Presumably, the world is “at peace” these days, while coping with the COVID-19 pandemic. But the Canadian military is helping mount freedom-of-navigation patrols in the Taiwan Strait, serving in Central and Eastern Europe to deter Russia, training Iraqi soldiers to fight Islamic terrorists, and other missions. If this is peace, what then is war?