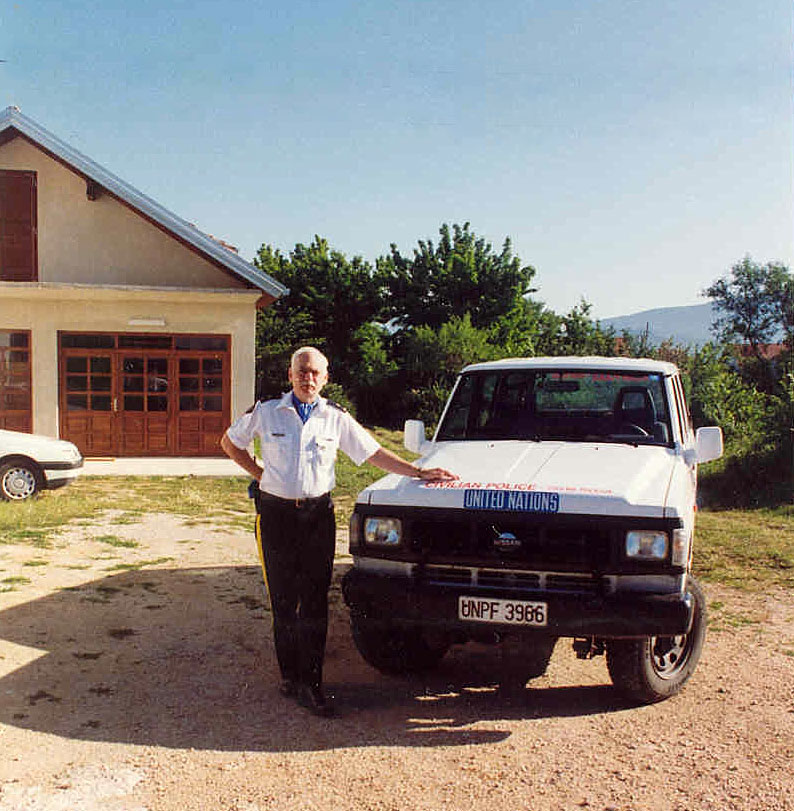 Courtesy Bob Munro
The images are seared into Bob Munro’s mind, as clear today, a quarter-century later, as they were then.

It was the autumn of 1993 and in the aftermath of the bloody confrontation in Croatia’s Medak Pocket, RCMP Inspector Bob Munro (ABOVE) and his team of international police officers were looking for evidence of war crimes.

The two sides—Croatians and Serbians—claimed they only killed combatants after Yugoslavia broke up, but the evidence proved otherwise. As he pored through forensic photos, it was clear to Munro that many of the dead were unarmed civilians, all execution victims.

“In many cases, they were elderly people wearing the typical rural farmer-type clothing,” he said in an interview 25 years later. “There was no camouflage or any signs of weapons on them.

“One couple I remember, they were both dead, and underneath one of them was a pair of crutches. These people couldn’t get away and they were shot where they were. These were not combatants…. That was the saddest part of it all.”

Based in Calgary, Munro served consecutive six-month missions as section chief, commanding parts of two contingents of RCMP—44 Mounties from each along with 120 officers from 22 countries, working under the UN mission, UNPROFOR.

They were unarmed and facing the difficult task of having to find their own accommodations in an active war zone. They did not have a secure military base, communications with families back home or regular food and provisions.

Munro lived with a Serbian family and relied on the services of a local fixer and translator. He would cross over to the better-stocked Croatian side to pick up supplies.

Before they were ravaged, the villages of the Medak Pocket were much as they had been for centuries. Horses still pulled carts.

“Medak was a pretty little place,” said Munro. “A roadway meandered through these three little villages; there was a little creek flowing by. It was just a place you’d always want to live. It was just an old-time place.

“After they were finished, there wasn’t much left of it.” 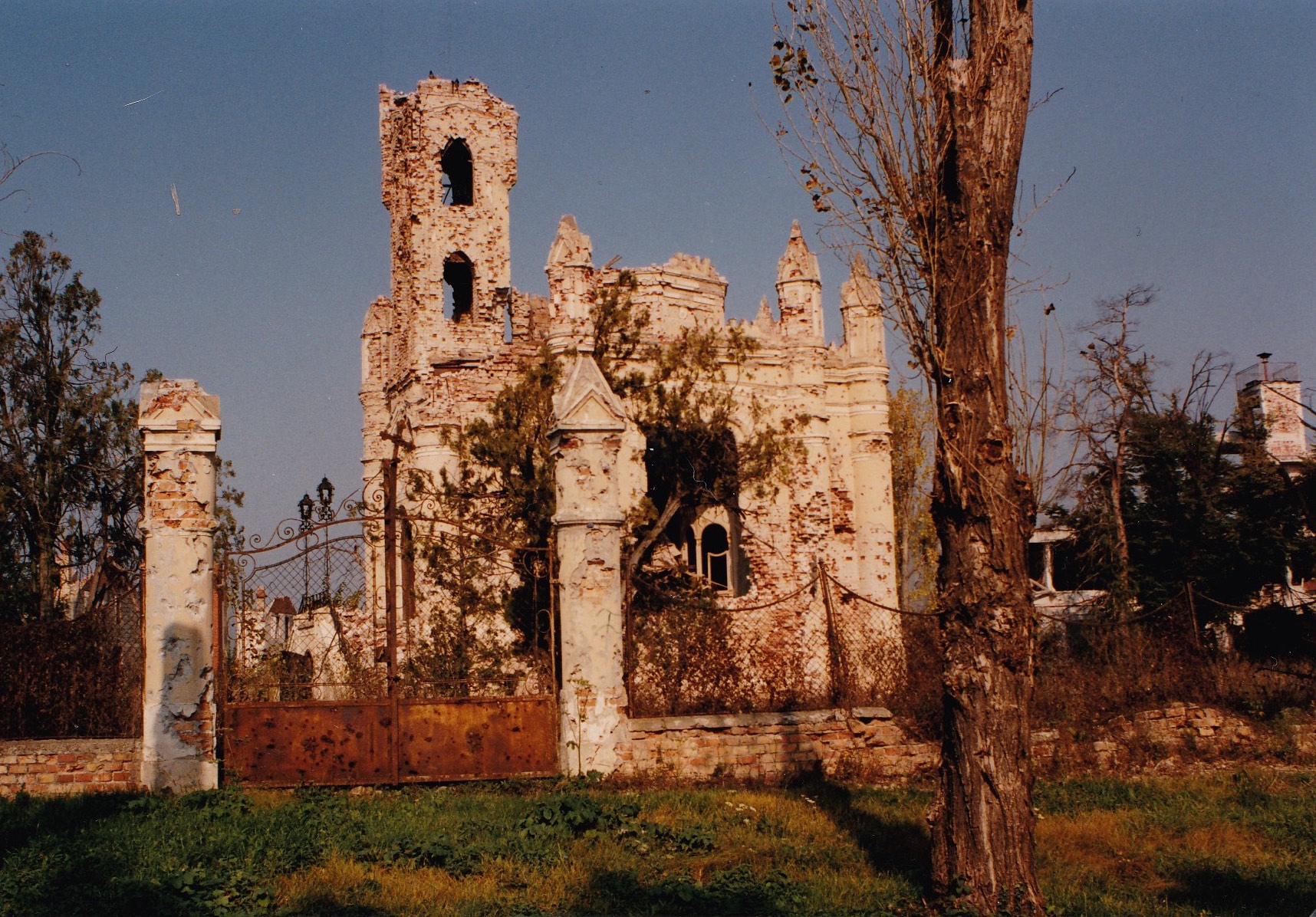 Destruction in Vukovar, Croatia, after a three-month siege by Serb forces.
Courtesy Dale L. Sheehan
He was based in the most violent of four sectors, Sector South, where Croatian troops were set on clearing the infamous pocket, or salient, of its Serbian populace. Other UN police were stationed in Sarajevo and Vukovar.

“There was a war still going on,” said Munro, now 76 and living in Gimli, Man. “The total destruction of towns and villages had gone on for a long time before we arrived. South Sector…was where most of the fighting was happening at that time.”

Part of their job was to monitor local police doings, review their reports and accompany them on patrol. It had worked well during his previous mission in Namibia three years earlier.

“It was different in Yugoslavia,” he said. “They didn’t want us in their police stations. They wouldn’t let us in. We never saw any reports, primarily because they were military-type police.

“One day they’d be out on the front line and the next they’d be back policing.

“They had secret police there who just didn’t want us around.” 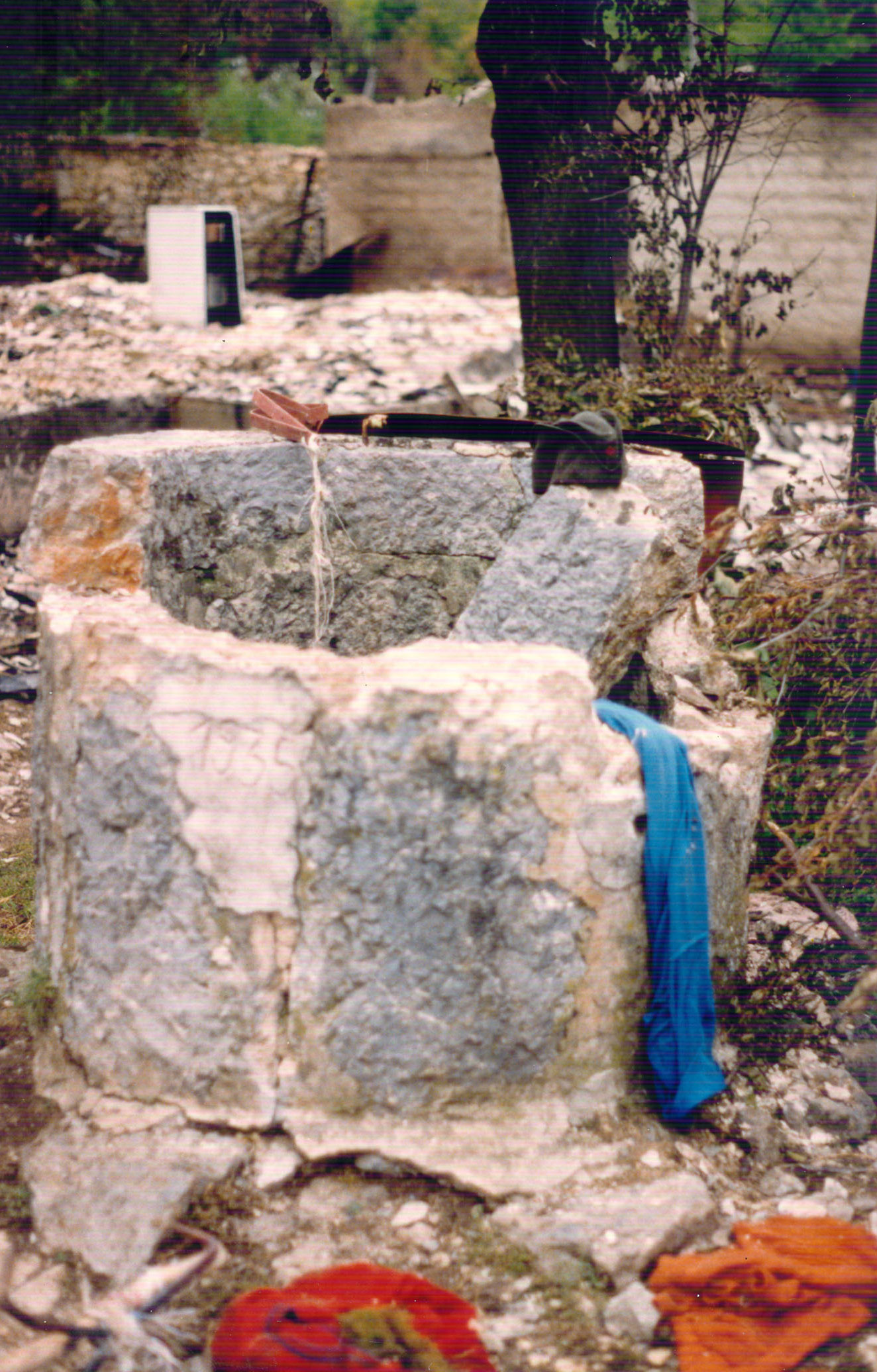 A Croatian well that pointed to ethnic cleansing in the Medak Pocket. It had been poisoned and a body dumped inside.
PPCLI Archives
So instead, the UN police contingent took on humanitarian tasks, visiting villages and determining what locals needed, then passing along information to the UN.

He was there when troops of 2nd Battalion, Princess Patricia’s Canadian Light Infantry (2PPCLI), moved into Sector South and all hell broke loose. Four Canadians were wounded and an estimated 27 Croatian troops killed during a climactic three-day battle for the pocket.

Munro remembers hearing the military buildup in the surrounding mountains before the battle. 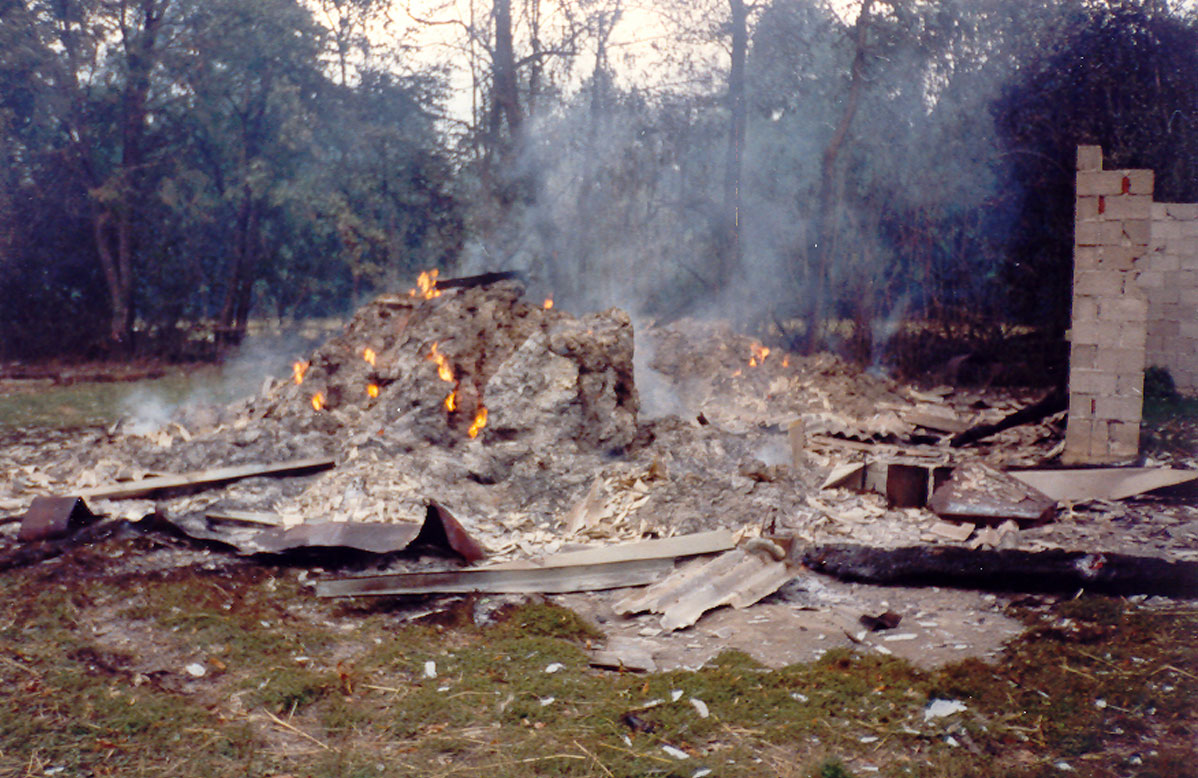 Much of Sector South had already been laid to waste when Canadian troops moved down from the north in August 1993. Weeks later, all hell would break loose as Serb forces moved to drive Croatians out of the Medak Pocket.
PPCLI Archives
The police regularly came under artillery fire; some of their houses were hit. Munro watched rounds pass directly overhead and felt the ground shake around his headquarters before he realized it was the target.

Shots were fired at UN police and Munro was among several officers whose vehicles were stolen at gunpoint. At one stationhouse, two drunken Serbs walked in holding hand grenades with the pins pulled. Officers managed to disarm them. 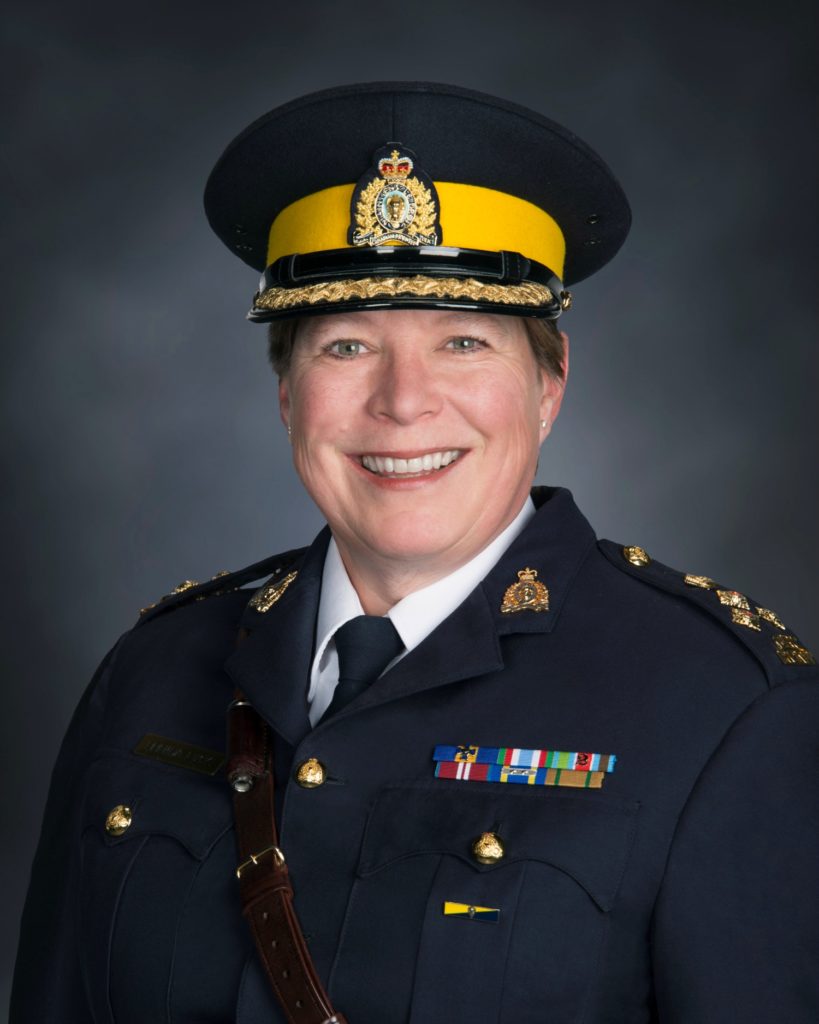 Executions and battle deaths were happening on both sides. Munro and his officers negotiated the safe transport of bodies back to families in both directions.

“It was a complicated one because it was a nasty war,” he said. “There were no white hats there. Everybody was a bad guy. Everybody killed everybody and that was the hardest thing to figure out, to identify who’s who.”

The rivalry was steeped in history and hate so intense that even cemeteries were shelled.

“They’ve got long memories about atrocities that occurred during the Second World War, the First World War and back for hundreds of years. These would linger in the memories of people and so they’re not very loving toward each other. 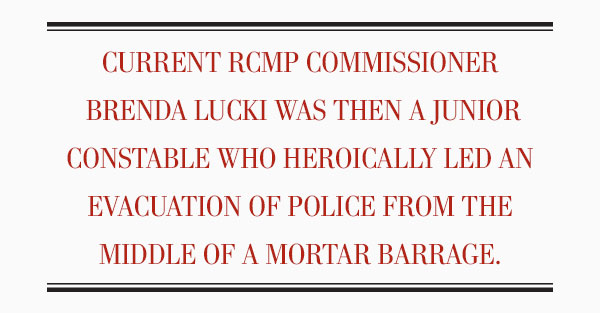 “Within our area, we had Serbs who would go into villages that had Croats in them and they’d kill them or kill their animals or whatever. That was ongoing, and it was part of our job to try to stop that.”

It was an eye-opener, for sure, but Munro accepted it all as a reality of war, though not one he would ever want to see again.

By the time it was over, the villages of the Medak Pocket had become ghost towns. 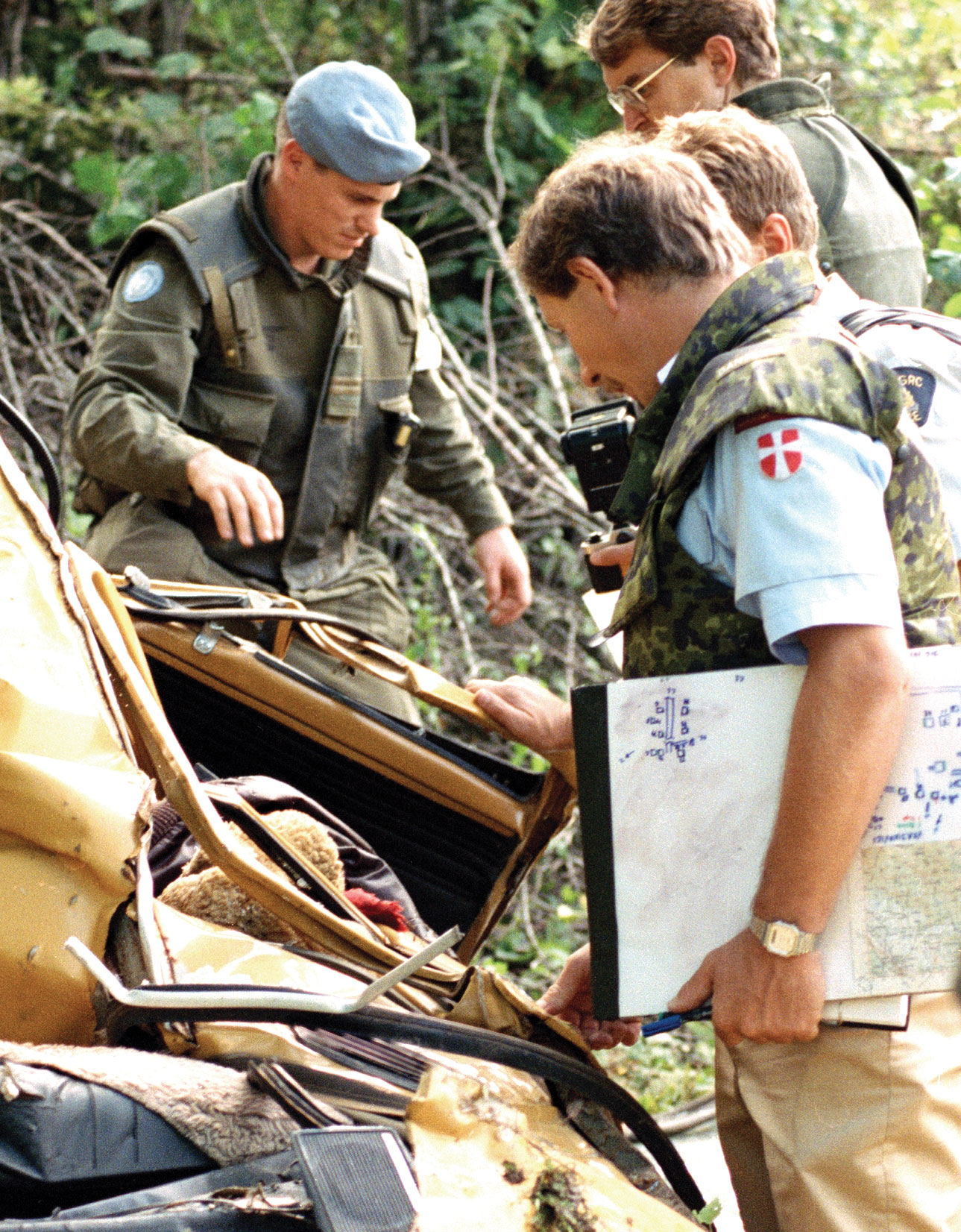 Teams of Canadian engineers, doctors and soldiers search for survivors and victims near Medak.
PHOTOS: SGT. MIKE BONIN, CANADIAN FORCES
Munro arranged for Canadian and Scandinavian war-crimes investigators to enter the ruins behind a Canadian rifle company and a team of combat engineers, whose job it was to clear landmines and booby traps left behind by the withdrawing Croats.

They found no one left alive. Referencing his notes from the time, Munro said they found 18 Serbian victims on-site. Croatian authorities reportedly turned over another 64.

Many other bodies had been buried or burned but the evidence of atrocity was everywhere.

Nary a building stood intact—an estimated 164 homes and 148 barns and outbuildings were burned down or blown up. Wells had been poisoned with oil, gasoline and animals. Livestock had been killed. There had been rape, torture and widespread shootings.

Many of the executions and much of the destruction is believed to have taken place in the 48 hours between the signing of a ceasefire and completion of the Croatian withdrawal.

Walking village streets, Munro said “there was not a living thing—not the sound of a bird or the sight of an animal.”

Through it all, he came to understand, intimately, why his uncles never spoke of their wartime service. 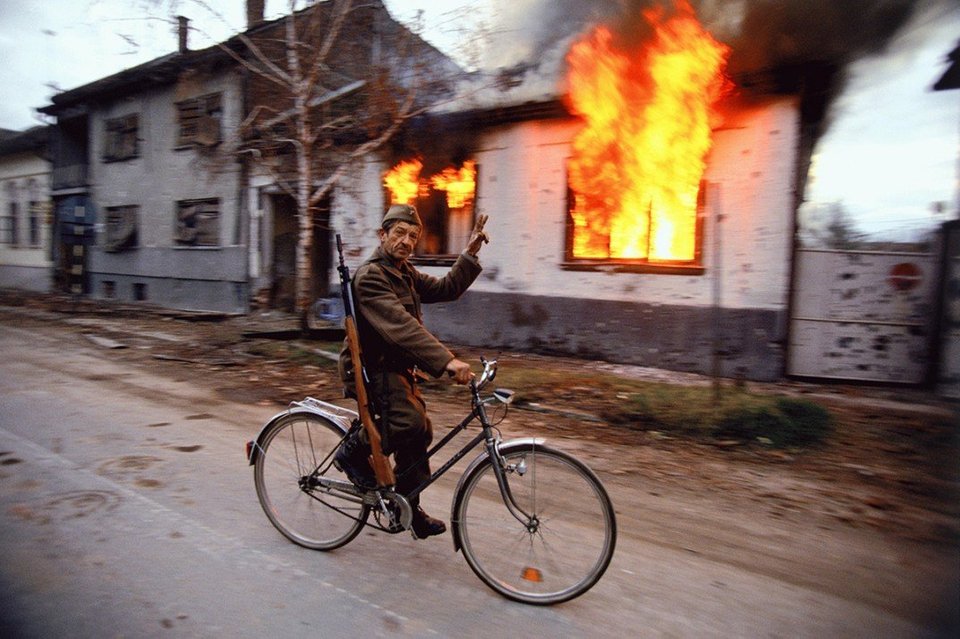 A Serbian soldier in Vukovar, Croatia, in 1991.

“That was a hard thing in coming home for a lot of our members,” said Munro who, along with his wife, sponsored his host family’s move to Canada. “They had seen and done so much, and to come back to Canada and try and tell your family or friends what you did or saw and they had no idea what you were talking about. It put you in a bit of a corner and you just lived with it.”

It took him about a year to settle down again and, while others suffered post-traumatic stress disorder, he said it does not appear to have been as common among police–most of them seasoned veterans–as it was among soldiers who fought the battle, many of them reservists.

International investigators confirmed that a disproportionate number of the known dead Serbian civilians were women and the elderly.

Several members of the Croatian military were subsequently charged with war crimes, the highest-ranking of them General Janko Bobetko, who died before he was tried. Others were convicted and sentenced for murder, arson and other crimes. The trials and manhunts continue to this day. 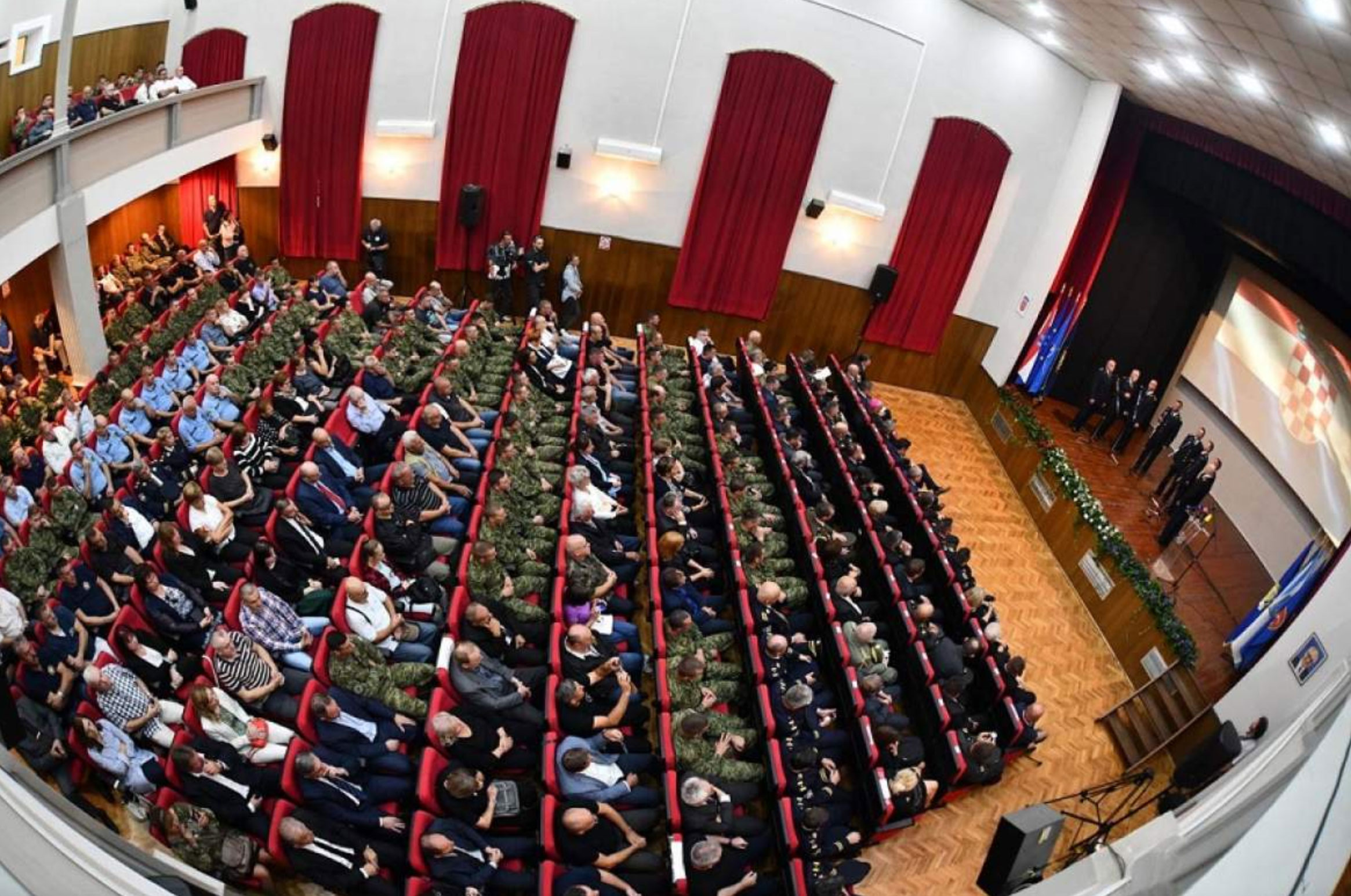 A ceremony was held in Gospic in September to honour the 25th anniversary of the Croatian military and police operation in the Medak Pocket.

In September, Croatian Defence Minister Damir Krsticevic attended a ceremony in nearby Gospic commemorating the 25th anniversary of the Medak operation, which was ostensibly launched to stop Serb artillery attacks.

The event was attended by Mirko Norac, a convicted war criminal who served seven years for the deaths of 28 civilians and five prisoners at the hands of soldiers under his command.

“We must be proud of Operation Medak Pocket,” said Krsticevic, “and as far as Mirko Norac is concerned, it was war; he was the commander in the Gospic region, he is carrying the cross, and I am glad that he is here with us today.”

Mass was celebrated in the local Catholic church.

A Canadian veteran of the battle, former corporal Todd Ricker, left a comment on a Croatian news story about the event. “I’ll hold back my anger and tears and bite my tongue while I write this,” he said. “There’s a big difference between war and genocide. Those of us who were there truly know of the atrocities committed.

“I wish I could’ve helped more of those innocent civilians.” 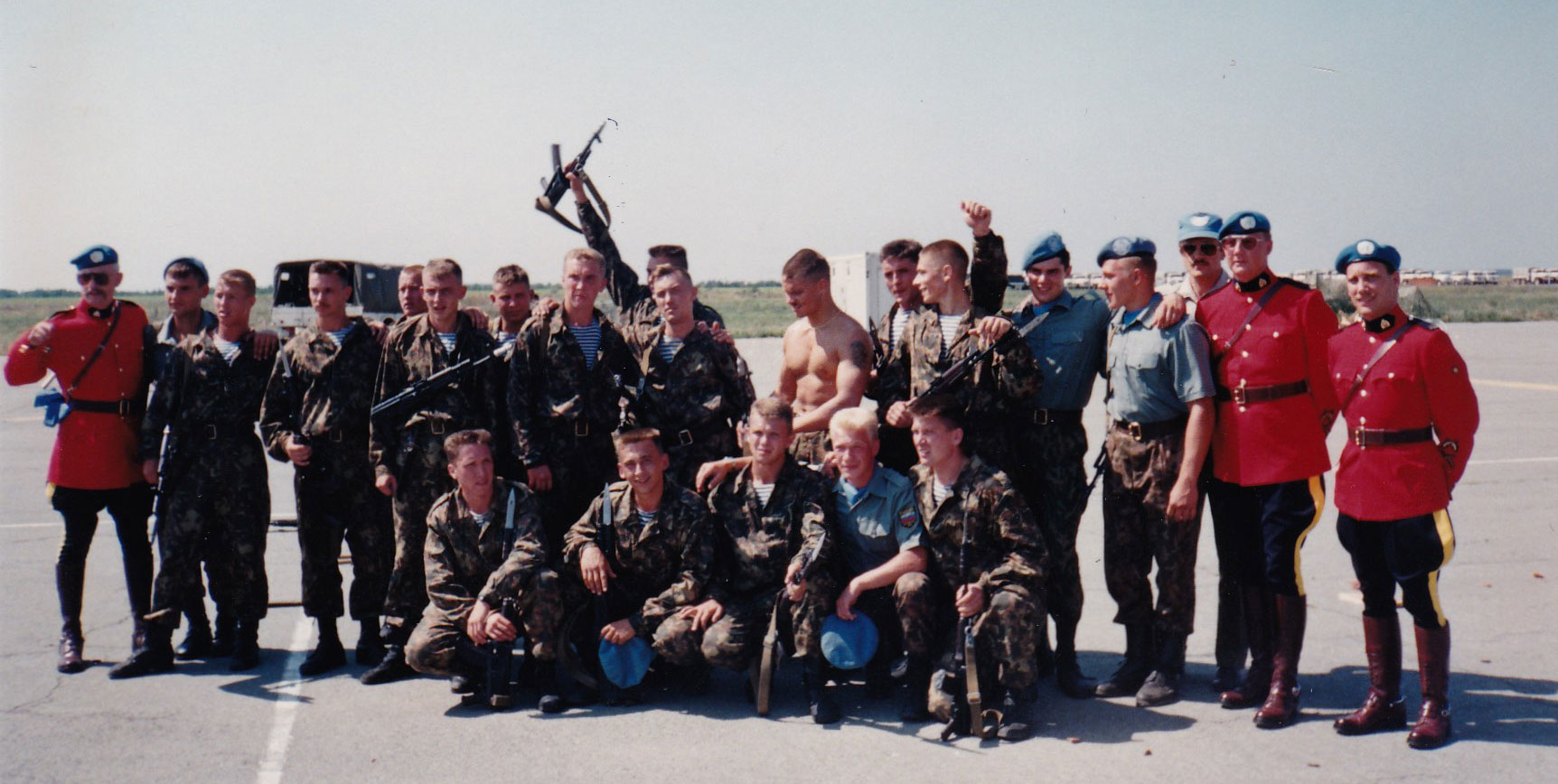 See the story of the battle of the Medak Pocket at https://legionmagazine.com/en/2018/09/witness-to-slaughter/