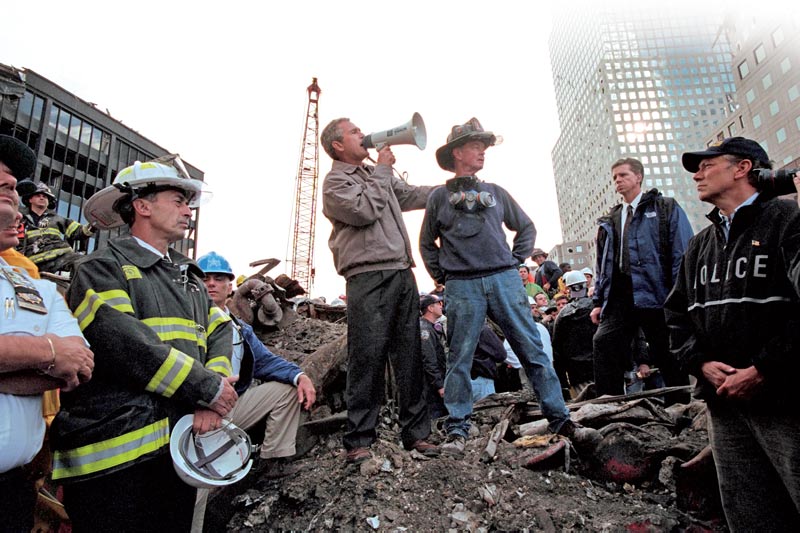 The centrepiece of a ceremony in Gander, N.L., marking the 20th anniversary of the terrorist attacks that brought down the World Trade Center on Sept. 11, 2001, will be a piece of steel recovered from the wreckage.

The piece of beam was donated in 2011 by the fire department of Bethpage, N.Y., in gratitude to residents of Gander and surrounding small communities for the support shown to more than 6,500 passengers and crew of four military and 38 passenger flights diverted from U.S. airports on the day of the attack. Newfoundlanders opened their hearts and homes to people stranded for days.

The beam remnant, on display inside Gander Town Hall since the 10th anniversary of 9/11, has been incorporated into the Compassion Monument to be unveiled on the grounds outside on Sept. 11. 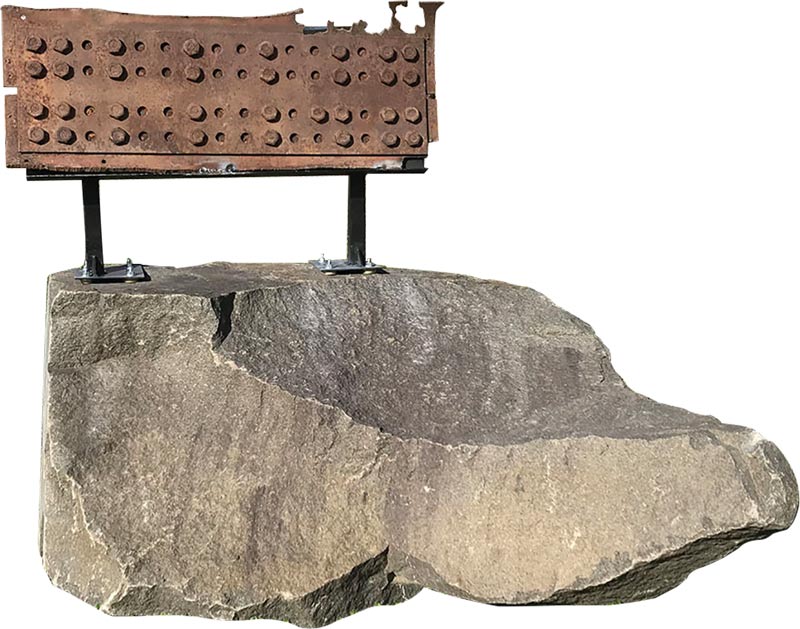 A remnant of a beam from the World Trade Center has become the centrepiece of the Compassion Monument in Gander, N.L.
Town of Gander

“It was moved,” said Brian Williams, Gander’s tourism development officer, “so that the public can see and interact with it, as the town hall is open only during normal business hours.

“The monument is as simple as possible so that nothing takes away from the steel itself,” said Williams. The beam has been mounted on a 3,600-kilogram granite rock donated by a local company. A clear coating will be applied to protect the beam and preserve its character. 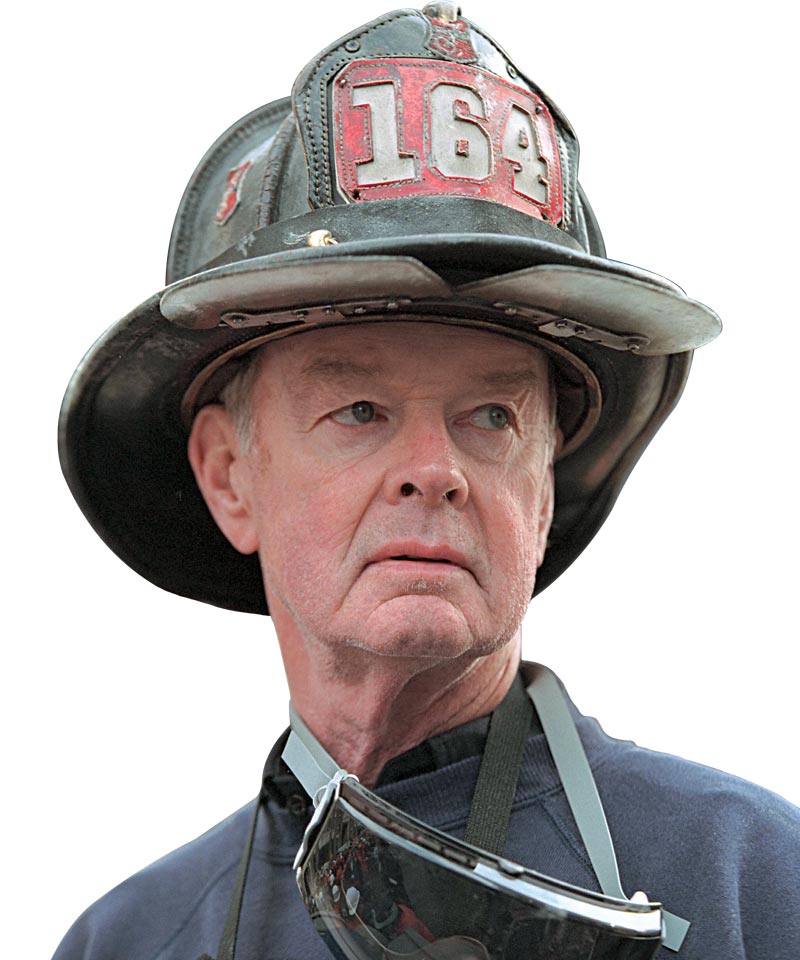 A number of twisted, jagged and scorched pieces of metal from the Twin Towers have come to rest in communities across Canada.

Some are gifts of thanks from the United States for the hospitality and friendship shown by Canadians who cared for some 33,000 air passengers on more than 200 aircraft diverted in the immediate aftermath of the attacks. Others are centrepieces of memorials or museum displays commemorating the event.

Four pieces of World Trade Center steel were donated to the people of northeastern Newfoundland.

The North Atlantic Aviation Museum in Gander has a display featuring a second piece of beam donated by Bethpage firefighters.

Gander International Airport has a remnant measuring one metre by one metre, a gift in 2016 from the Tunnel to Towers Foundation, founded in honour of Stephen Siller, a fireman killed rescuing others on the day of the attacks. 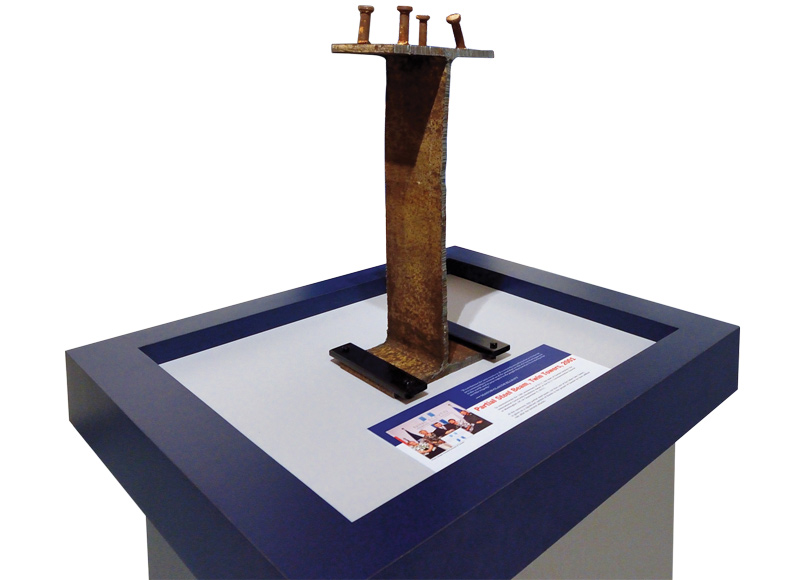 “We felt there could be no more fitting way on the 15th anniversary of 9/11 than [to] bring a piece of actual World Trade Center steel to the people of Gander,” said foundation spokesperson Catherine Christman in a 2016 CBC interview. It was accompanied on its 2,400-kilometre journey to Gander by dozens of serving and retired New York firefighters.

“The people will be able to touch the rust, the bolts, the jagged edges.”

A twisted seven-metre piece of World Trade Center beam is on permanent display in Appleton, N.L., in a peace monument and park that received its initial $5,000 in funding from some of the 100 passengers from 14 countries who were accommodated after 9/11 in the town of just under 600 and its neighbour, Glenwood.

Other Canadian locations of World Trade Center metal remnants include the Military Museums in Calgary; the 9/11 Memorial at the International Peace Garden that straddles the border between Manitoba and North Dakota; and fire departments in Berwick, N.S., Nanaimo, B.C., and Meaford, Kitchener and Waterloo in Ontario.