On operations with G.I. Joe 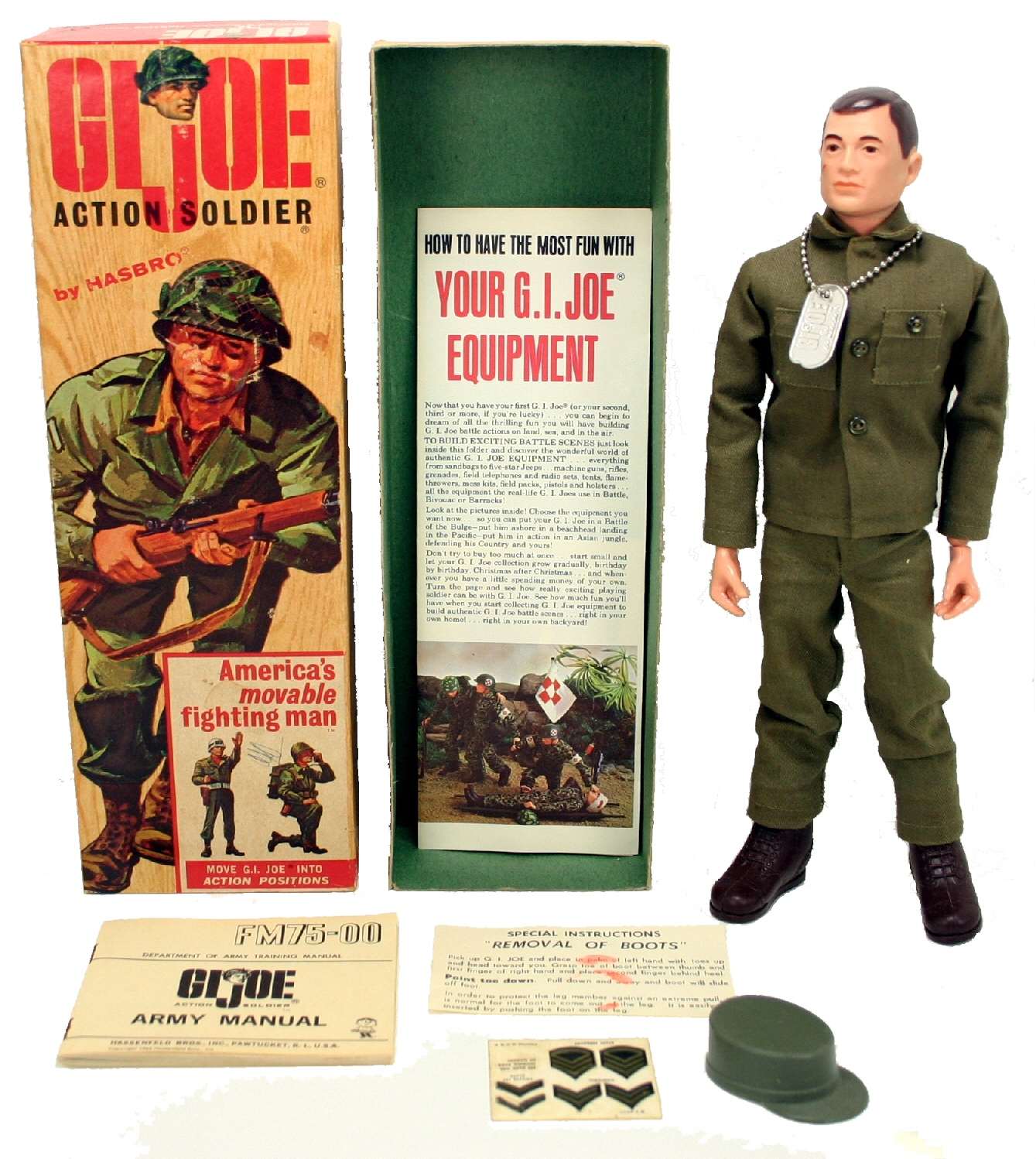 It was the one and only Christmas I went downstairs before anyone else in the family—a grievous breach of protocol in my house, where we traditionally gathered military-style at the top of the stairs and descended together.

But the Christmas I was six, or maybe it was seven, I just couldn’t wait. And for good reason because there, under the tree at 6 a.m., was the one thing I had desperately wanted: a G.I. Joe.

For months, or more, I had watched the TV ads in a kind of sustained rapture: “G.I. Joe, G.I. Joe, fighting man from head to toe. On the land! On the sea! In the airrrrr!”

As I recall, I didn’t get much more than a mild scolding for shirking tradition that Christmas; I was too enthralled with my new toy to notice anyway. But time, and fate, had their own way of making me pay for my transgression.

The 30-centimetre tall, 1:6 scale, Hasbro action figure—don’t call him a doll—with a distinctive scar on his right cheek had uniforms for each of the American services. Over time, I cultivated a collection of gear—army (with webbed Second World War helmet and M1 Garand rifle), marine (United States Marine Corps combat camo and dress blues), and navy (scuba gear along with sailor whites, complete with bib and cap).

Fortified by hours of Sunday morning World at War documentaries, drawers filled with trading cards, and stacks of books and comic books, I was well versed in Second World War history, even at that young age. My G.I. Joe saw action in France, Belgium, Holland, the Pacific islands, on convoy duty in the North Atlantic, and on special operations as a frogman in enemy bathtubs all over the world. 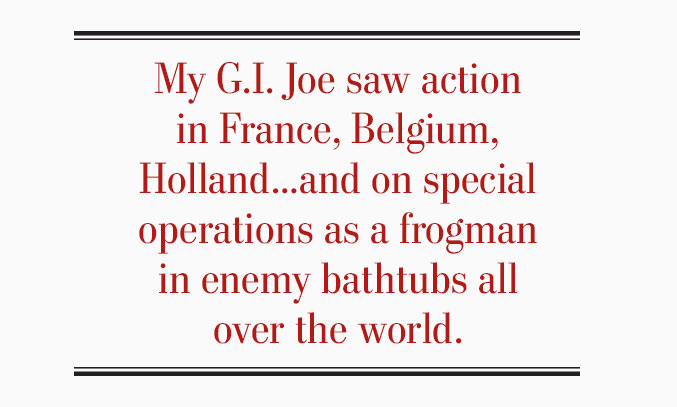 Most of my friends had G.I. Joes. They were the toy of our time. One of my best and longest friendships, which endures to this day, was forged in Grade 4 playing with G.I. Joes in my new pal’s attic.

There was no end to the adventures. At one point, a buddy was living across the street from a construction site. Each day for what seemed like a blissful eternity, we would collect the workers’ tea bags–yes, tea bags—and apply them as sandbags in the mud. It’s hard to say who came out of it filthier, the Joes or us.

My Joe was a rugged and much-travelled military man. He singlehandedly held off surging German forces in the snows of Bastogne, Belgium (my backyard), planted dynamite under bridges in Italy (the bridgeworks being the underside of my bed), and slashed his way through the jungles of the Pacific (my mother’s garden).

But it was the frogman duty that ultimately caught up with my valiant soldier. All those evenings in the tub, diving off a yellow inflatable life-raft in a rubber wetsuit with mask, flippers and tanks, were exacting an insidious toll. Unknown to me, the water that was filling Joe’s torso every time he submerged was eating away at his spinal column—an elasticized cord holding his movable head, arms and legs in place.

One night, while on marine duty on Iwo Jima, Joe came charging over the blankets of my bed when, bang, he was shot. As he arched his back in his most theatrical of falls (he had more than nine lives, mind you), Joe’s spinal cord suddenly snapped and his head, arms and legs all fell off. I was left holding a plastic torso draped in olive-drab fatigues.

Prior to the death of our 17-year-old, one-eyed cat Bootsy, an excruciating ordeal which ended with my doctor dad administering a mercifully fatal dose of painkiller, seeing Joe’s demise was the most traumatic experience of my young life.

Despite my father’s best attempts at first aid, G.I. Joe followed in the footsteps of Humpty Dumpty and could not be put back together again. I eventually came to grips with my loss, such as it was.

I piled Joe’s articulated arms, legs and torso into a shoebox, filled it with rocks, taped it shut and gave him a ceremonial burial at sea off the lower deck of the ferry that runs from Pictou, N.S., to Wood Islands, P.E.I. I kept his head, though, which I still have, complete with remnants of the beard I had colored in using a black marker to make him look more like my real-life hero, my bearded brother Ted.

My folks never replaced him. Joe, that is. I suppose, in retrospect, this served as some sort of a harsh lesson in the cruel realities of life and death.

About 15 years ago, I walked into a little shop on Ottawa’s Bank Street and discovered a completely new world of 1:6-scale soldiers, sailors and airmen. I went a little nuts.

Over the course of two years, I bought more of them than I care to admit—American, British, Japanese and German. They occupy a place in my study (multiple places, actually), untouched and away from public view.

I had learned my lesson: avoid enemy bathtubs at all costs.

The dream of space thrives The story of a forgotten airplane The Yankees were thinking of coming! Lives measured in kilograms: Mitigating the soldier’s load

An award-winning journalist, editor and photographer. He has reported on the downfall of South African apartheid and from war fronts in Kosovo and Afghanistan.
All Posts
PrevPrevious ArticleJapanese teacher keeps alive memories of atrocities
Next ArticleMilitary tightens its cyber defencesNext