Home » Defence Today » Militarization, not commercialization, is the problem in space 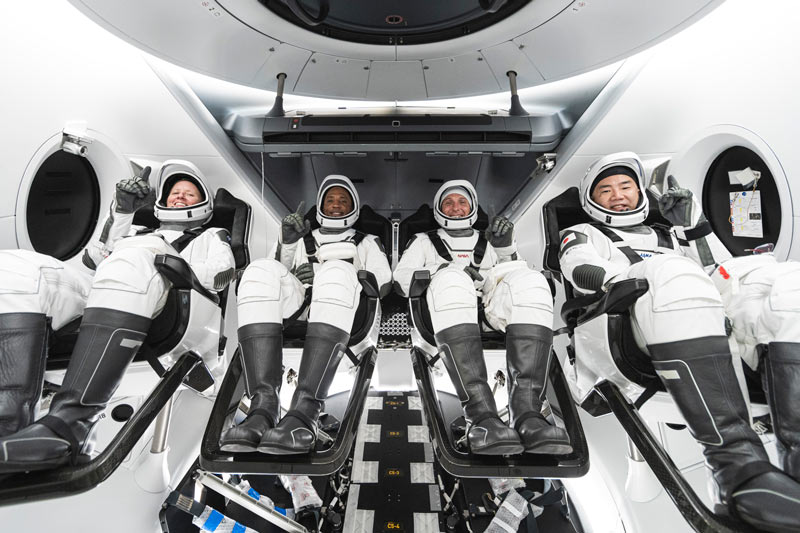 American and Japanese astronauts seated in SpaceX’s Crew Dragon spacecraft during crew equipment training.
SpaceX/NASA
Recent jaunts into near space by entrepreneurs, actor William Shatner and the ultra-wealthy have inspired waves of criticism among those who claim their fortunes could be better spent on Earth.

How, they say, can Jeff Bezos and Elon Musk spend billions on next-generation space technology when so many in the world are starving? How can the privileged few blow US$250,000 a head for 10 minutes outside Earth’s atmosphere—barely long enough to say they’ve been there—when others are in need?

Even Prince William spoke out against space tourism and, apparently, exploration.

“We need some of the world’s greatest brains and minds fixed on trying to repair this planet, not trying to find the next place to go and live,” he told BBC. “[It] really is quite crucial to be focusing on this [planet] rather than giving up and heading out into space to try and think of solutions for the future.”

But commercializing space travel, as Bezos and Musk are doing, is just one more step toward other lofty goals: space-based technology development (including systems that could help save the planet), exploration and resettlement—potential keys to the ultimate survival of the human race.

“There is an alarming build-up of counter-space capabilities worldwide.”

The unmentioned threat confronting humanity seven decades after the Soviets’ Sputnik launched the space race is the militarization of the skies beyond Earth’s atmosphere. That’s according to a team of three space experts—two of them from McGill University in Montreal—who have released an essay cautioning against space-based conflict. 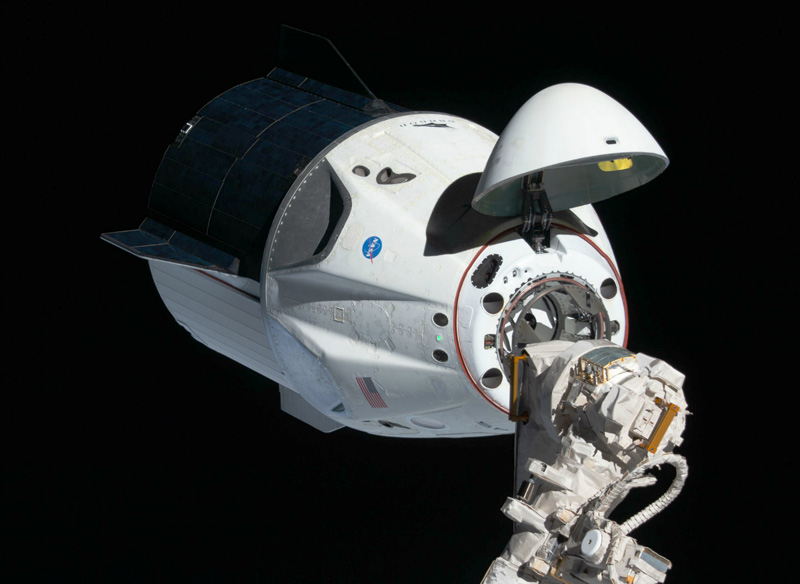 The Crew Dragon spacecraft was designed to deliver crew to and from the International Space Station as part of NASA’s Commercial Crew Program.
Wikimedia
“The desire to counter the space ambitions of others and to achieve superiority in space seems to have re-emerged,” said the essay.

“Despite the proliferation and commercialization of space activities, and the recognition of space as an essential part of every country’s economic, social and scientific progress, there is an alarming build-up of counter-space capabilities worldwide.”

Their essay on the militarization of space appeared Oct. 11 in The Conversation, a continuing series of online think pieces written by academic experts and researchers and distributed by a network of not-for-profit media outlets.

“Even as private citizens can now crew space missions, military strategists are warning the competitive and congested nature of space will lead to an outbreak of conflict in outer space,” they wrote.

“Simmering tensions on Earth increase the risk that humanity may somehow lurch into an unimaginable space war, destroying economies and critical civilian and military infrastructure that have become so heavily space-dependent.” 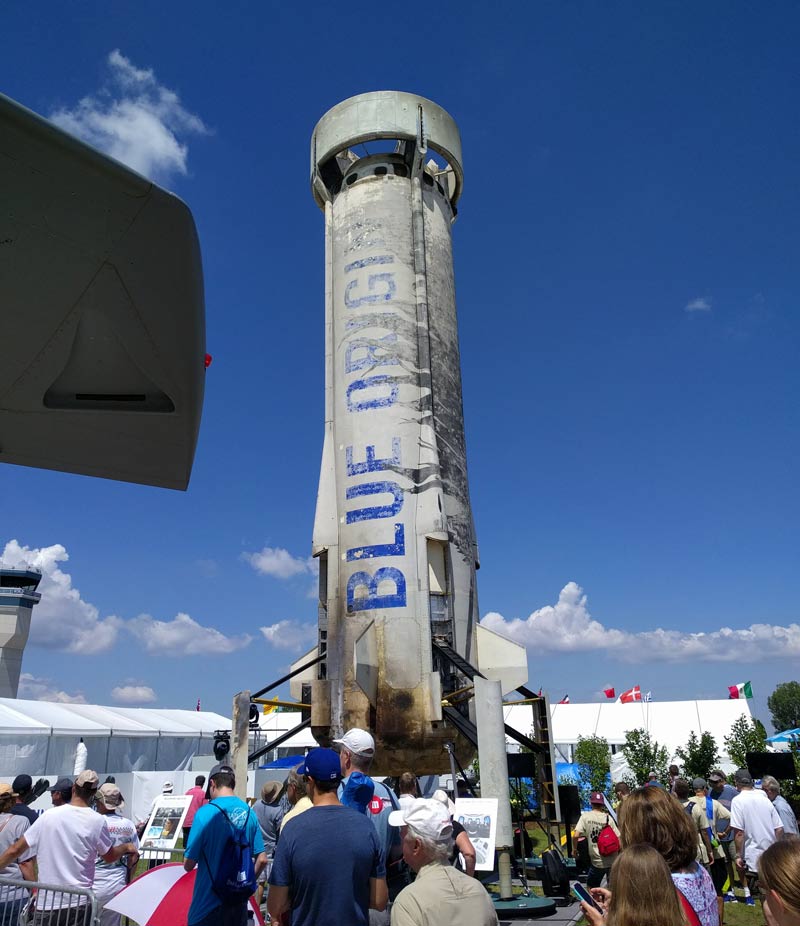 Blue Origin’s New Shephard is a reusable launch vehicle designed to transport crews and payloads to space for commercial suborbital space tourism.
Wikimedia
In April, the International Committee of the Red Cross warned that “the human cost of using weapons in outer space that could disrupt, damage, destroy or disable civilian or dual-use space objects is likely to be significant.”

And in September, General John Raymond, chief of the fledgling U.S. Space Force, said the security of the final frontier is facing a “full spectrum of threats” from China that must be countered through international co-operation.

The Chinese have developed and are designing “everything from reversible jammers of our GPS system—which provides navigation and timing with precision—to jamming of communications satellites,” Raymond told the Nikkei Asia news service.

“They’ve got missiles they can launch from the ground and destroy satellites. I’m convinced that these capabilities that they’re developing would be utilized by them in their efforts in any potential conflict.”

The Space Force was established as the U.S. military’s sixth branch by the Trump administration in 2019. 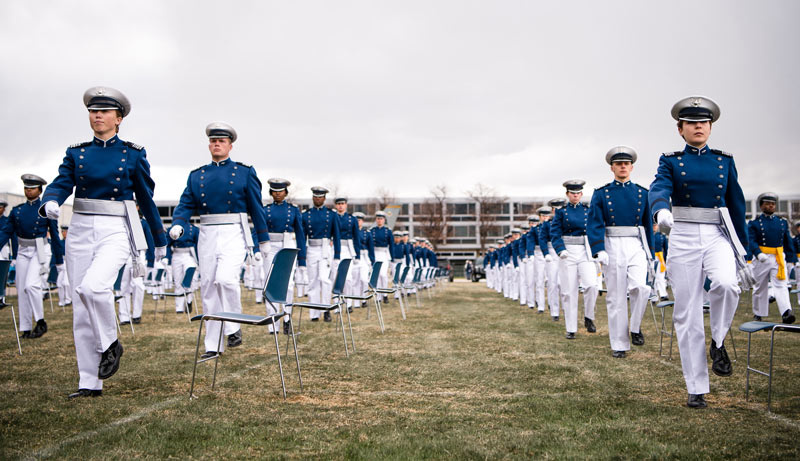 86 Space Force cadets were commissioned from the United States Air Force Academy on April 18, 2020.
Wikimedia
Space science tracks weather patterns, enhances land use and advances humankind’s understanding of the planet and its place in the universe, the writers noted.

Humankind is entering “a second golden age of space.”

Raymond said space also underpins “all of our instruments of national power, whether it’s diplomatic, economic, information, and national security.”

“Great power competition is broader than just competition among the militaries,” he added. “It goes across all facets of governments. Space is critical to that.”

Speaking at last spring’s virtual Ottawa Conference on Security and Defence, Lieutenant-General Stephen Whiting, head of U.S. Space Operations Command, said humankind is entering “a second golden age of space” but, like all things human, it brings unwanted baggage along with it.

He claimed that the U.S., Canada and their allies are monitoring some 30,000 scraps of debris and other objects in Earth’s orbit. Whiting described growing interactions between rival satellites that call for a more co-ordinated defence among like-minded nations. 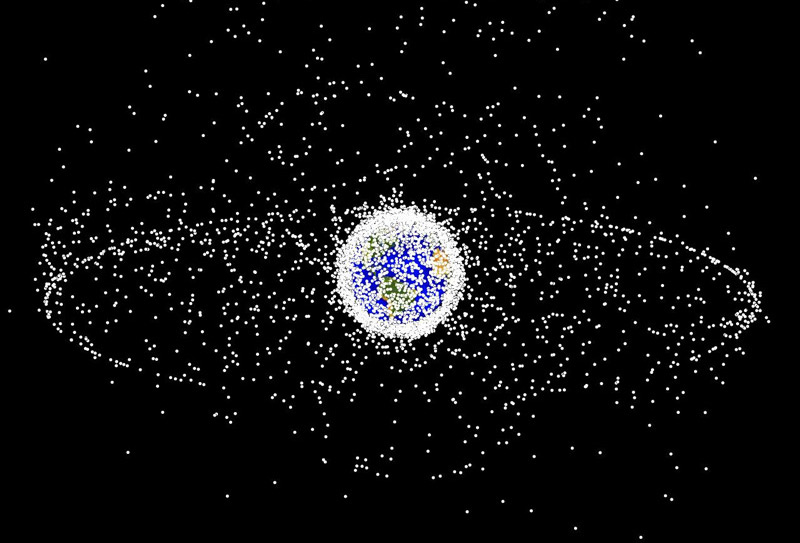 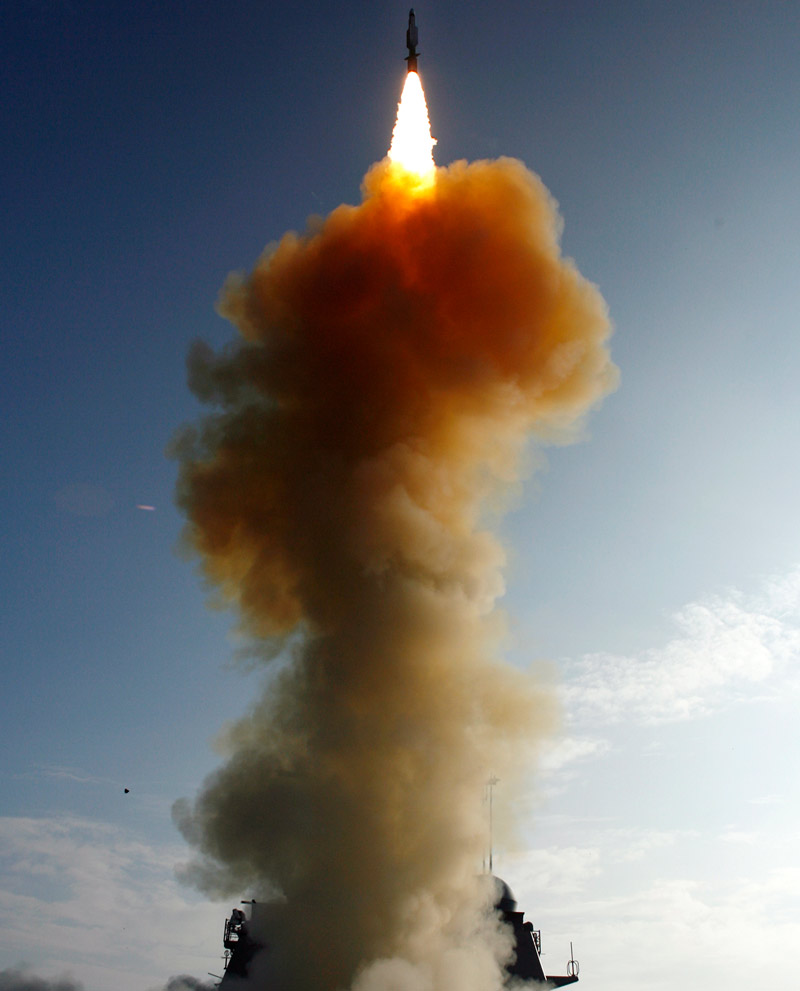 Raymond said he expects China or Russia would launch a debilitating attack on U.S. satellites should war ever break out. He is especially concerned about China, which is developing “killer satellites” with robotic arms to incapacitate other satellites.

“Its conquest deserves the best of all mankind.”

All such developments appear to run contrary to international treaties prohibiting the weaponization of space and U.S. President John F. Kennedy’s September 1962 declaration at Rice University in Houston that essentially told the Soviets the rules of the race.

G7 nations agreed in June on a plan to advance international rulemaking at the United Nations and other global bodies. China and Russia have expressed willingness to co-operate and have called for limits on space weapons.

The Conversation writers did sound a note of optimism, saying war is not inevitable and citing years of efforts to avoid it.

“In an era when humanity is faced with climate change, a global pandemic and the rapid exhaustion of resources, there is no room for assertions of dominance and superiority,” they wrote. “Rather, the common interests in peace that we all share are even more important, both on Earth and in outer space.”

The Conversation essay can be found here.

An award-winning journalist, editor and photographer. He has reported on the downfall of South African apartheid and from war fronts in Kosovo and Afghanistan.
All Posts
PrevPrevious ArticleRussia, China flex muscles after Taliban takeover
Next ArticleVikings settled Newfoundland centuries before Columbus sailed: new researchNext