Medical aid in the deep freeze 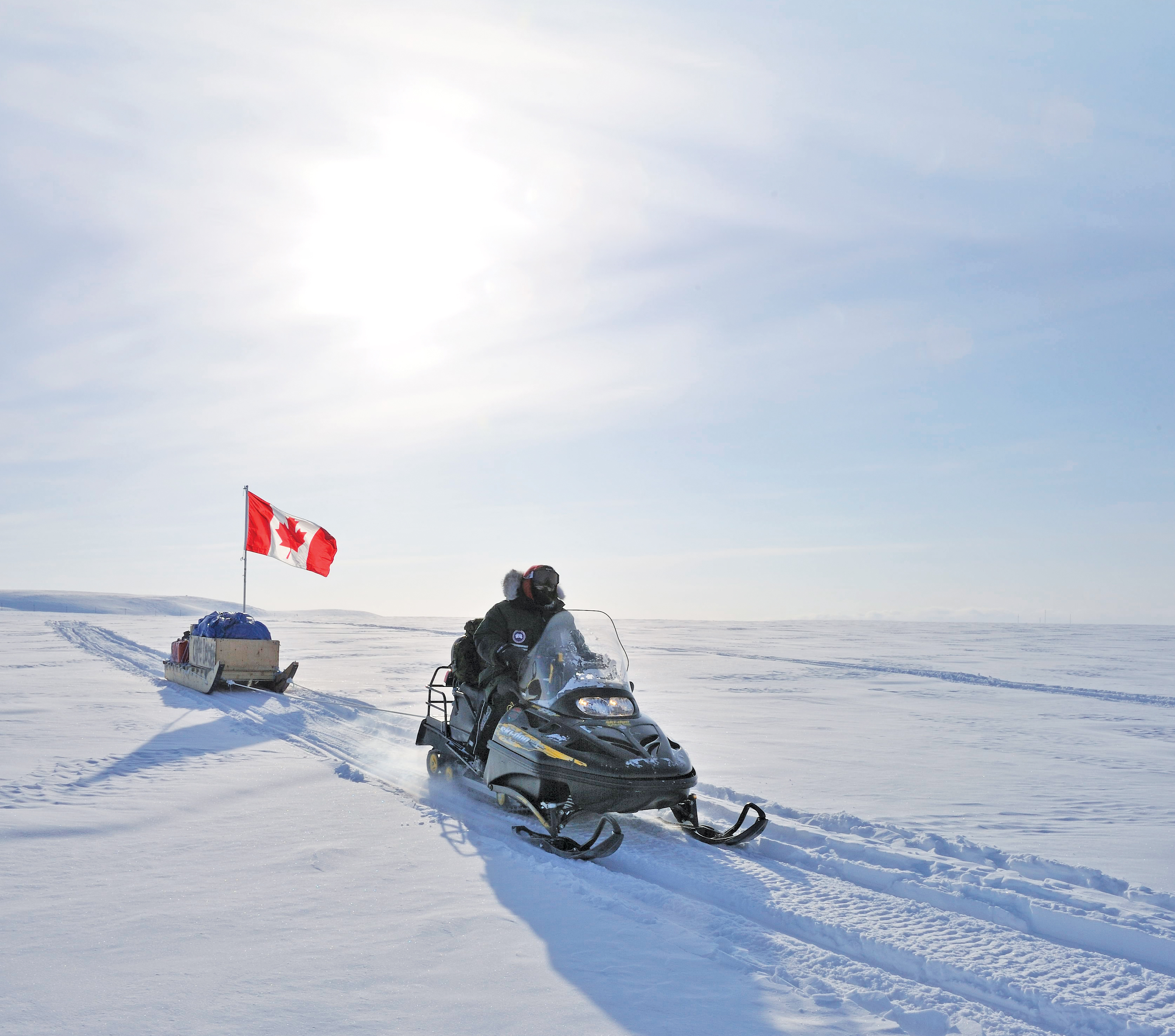 Climate change has increased interest—and traffic—in the Arctic. This raises new threats to national security and sovereignty and increases chances of environmental disasters, shipwrecks and plane crashes, any of which may call for the scrambling of the Canadian Armed Forces, at any time of the year.

Since 2007, annual CAF winter exercises have helped hone the special skills troops need to do their jobs in extreme cold and added to the knowledge of how to keep them physically healthy and mentally fit while they do them.

Military exercises of the 1940s and ’50s showed that at -30° or -40°C, with wind chill making it feel 20 degrees colder and help hours or days away, every injury, every illness could be life-threatening.

Just keeping warm was a challenge. Even lax hygiene was a danger, for dirt and grease could penetrate clothing and collapse insulating air pockets, allowing warmth to escape and leading to frostbite. Too much exertion while overdressed resulted in heat exhaustion. Unless feet were kept dry and socks changed regularly, trench foot resulted. Isolation, boredom and hardship also bred depression, which troops called Arctic goblins.

Climate sidelined 79 Canadians from Operation Sweetbriar, a 10-day, 5,200-man joint exercise with the United States in 1950: two dozen with colds or the flu, 20 with frostbite and 35 with an assortment of other injuries.

Medicines froze, too. Glass containers broke if there was not enough air space to accommodate expansion as contents froze. Some medicines become ineffective after freezing. Syringes of morphine had to be carried in pockets next to the skin to prevent freezing (a technique still in use during exercise Guerrier Nordique in 2014, when intravenous bags were kept next to the skin).

Research over the years has shown exactly what happens when body temperature falls. For a 1°C drop in core muscle temperature, endurance drops about 20 per cent and power output about five per cent. The brain is affected too: blood flow drops by six per cent, short-term memory declines up to 20 per cent, and so does ability at complex thinking. Stamina and immunity decline. As hands get colder and swell, fine motor control is compromised; consequences can be dire when fingers are no longer dextrous enough to hold and drive in a tent peg, or stitch up a gash.

Decade by decade, Arctic gear and work and medical techniques have improved to keep soldiers, sailors and aircrew warm and safe while they work. But working causes blood vessels in the skin to dilate, so the body can lose heat even more quickly if gloves or toques are removed. That leads to frostbite, even when hands and ears don’t feel really cold. Immediate symptoms are blue-grey skin, followed by swelling and blisters.

In the 2016 Arctic Ram exercise, three dozen (of some 200) soldiers sought treatment for frostbite, and two dozen more were identified who did not report it, perhaps thinking it wasn’t serious, or not wanting to take time away from their mission. About a quarter of the injuries were to the face, many from removing fogged-up goggles on snowmobile operations, the authors of a mission medical report concluded.

“Soldiers have to learn to watch each other for signs of frostbite. You can lose layers upon layers of skin and you won’t feel it at all,” said Corporal Logan McKnight in a CAF report on the 2014 Trillium Response exercise.

Frostbite can be a career-ender. Long-term damage, including persistent, sometimes permanent, cold intolerance, numbness and pain are “an occupational injury with major career impact,” says a report in the January 2017 edition of the International Journal of Circumpolar Health. 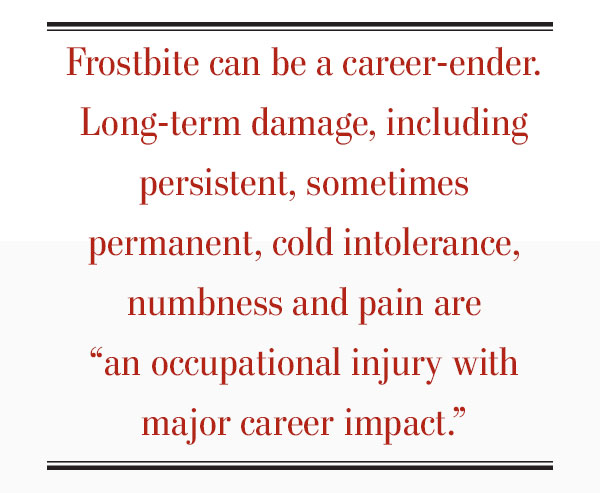 Scientific research has helped solve centuries-old problems of working in extreme cold, like frost build-up (of up to 10 kilograms) in blankets, furs and sleeping bags from moisture entering the insulation from sweat and breath.

Gaps in cold-weather medical training and planning and the need for specialized medical and protective equipment were revealed during exercises in 2016 and 2017, DRDC researchers reported to the Canadian Institute for Military and Veteran Research Forum. The temperature in boots and gloves of frostbite victims dropped as low as -20°C; medical personnel complained that bulky clothing hampered them during medical procedures.

The Department of National Defence estimates it requires 25 to 50 per cent more energy to work in the cold—as much as 5,000 calories a day. Yet time pressure and problems reheating result in personnel skipping or not finishing meals, DRDC reported in 2012; this information has been reflected in changes to field rations.

When planes can’t fly, stretcher casualties can be kept warm during evacuation by komatik, a toboggan-like sled pulled behind a snowmobile. Medications, however, often froze, a DND researcher reported in 2016.

As the CAF practises responding to sovereignty threats, air disasters, ship groundings and invasions, it gains skills and valuable medical knowledge that will serve personnel well at any time of the year, no matter what is thrown at them.