George Alfred Newburn: A soldier of the First World War 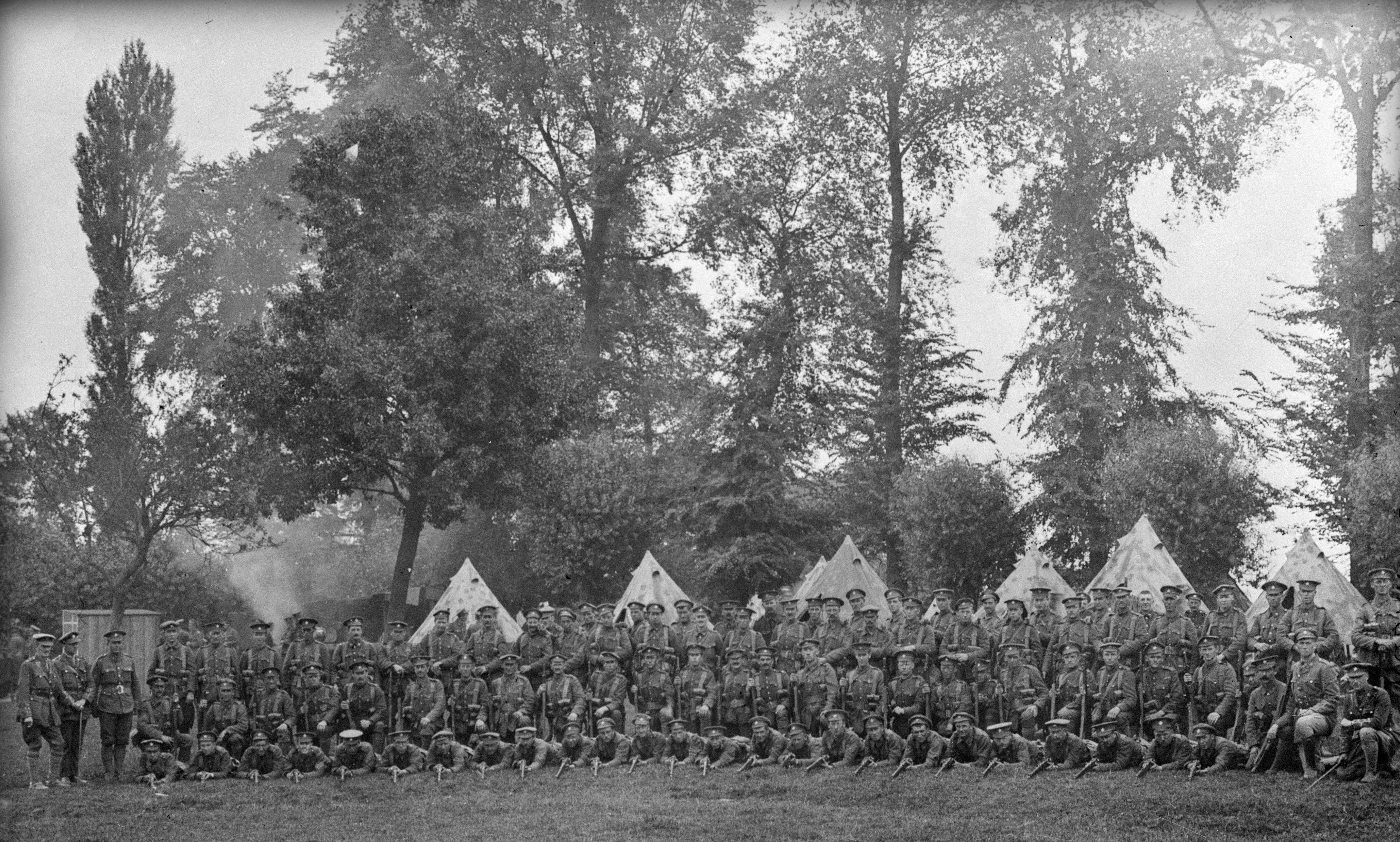 No.1 Company, 7th Battalion, August 1916, around the time Private George Alfred Newburn joined the battalion.
The British Columbia Regiment (Duke of Connaught’s Own)
His name was George Alfred Newburn, a labourer from Victoria who was killed during the Battle of Hill 70 in France on Aug. 15, 1917. He was just 18 years old, although Newburn would have you believe he was 20.

For almost a century, Private Newburn was listed as missing in action. Then one day in July 2017, construction workers uncovered the skeletal remains of five soldiers near rue Léon Droux in the village of Vendin-le-Vieil.

Alongside them were several artifacts, including shoes, Lee-Enfield rifles and a damaged 7th Canadian Infantry Battalion (British Columbia) collar badge.

In February, after extensive historical, genealogical, anthropological, archaeological and DNA analysis, the military’s Casualty Identification Review Board confirmed the identity of a single set of remains as those of Newburn.

He was buried with full military honours this week at the Commonwealth War Graves Commission Loos British Cemetery in Loos-en-Gohelle, France. Among those attending were members of his family.

“By honouring Private George Alfred Newburn for his service to Canada, and shedding light upon his ultimate sacrifice, we gave his family, and the greater military family, a sense of closure,” said Lieutenant-General Charles Lamarre, head of the Military Personnel Command. “The recovery of a missing soldier, sailor, or aviator has great meaning, regardless of how much time has passed. Today’s burial demonstrated that we will never forget our fallen.”

George Alfred Newburn was born in London, England, on April 7, 1899, although the five-foot-seven, red-headed Englishman listed his year of birth as 1897 when he signed up in Victoria. Interestingly, the forms note only “apparent age” which, in Newburn’s case, was 18. In fact, he was just 16. He had grey eyes and a fair complexion.

His folks were dead and Newburn and his three sisters moved to Victoria in 1913, where they lived with their uncle, A. Gilson. Newburn was working as a messenger for the Canadian Pacific Telegraph Co. when he enlisted.

He signed up with the 88th ‘Overseas’ Battalion (Victoria Fusiliers), CEF, and alternatively listed his sister, E.M. Newburn, and his aunt, Sarah Gilson, as his next of kin. Unmarried, he dutifully sent his $20-a-month pay to his aunt at 740 Hillside Avenue in Victoria.

On May 31, 1916, Newburn sailed to England aboard RMS Olympic, sister ship to Titanic, arriving in Liverpool on June 8. By mid-August, he was at the front with the 7th Battalion, part of the 1st Canadian Division, 2nd Canadian Infantry Brigade. 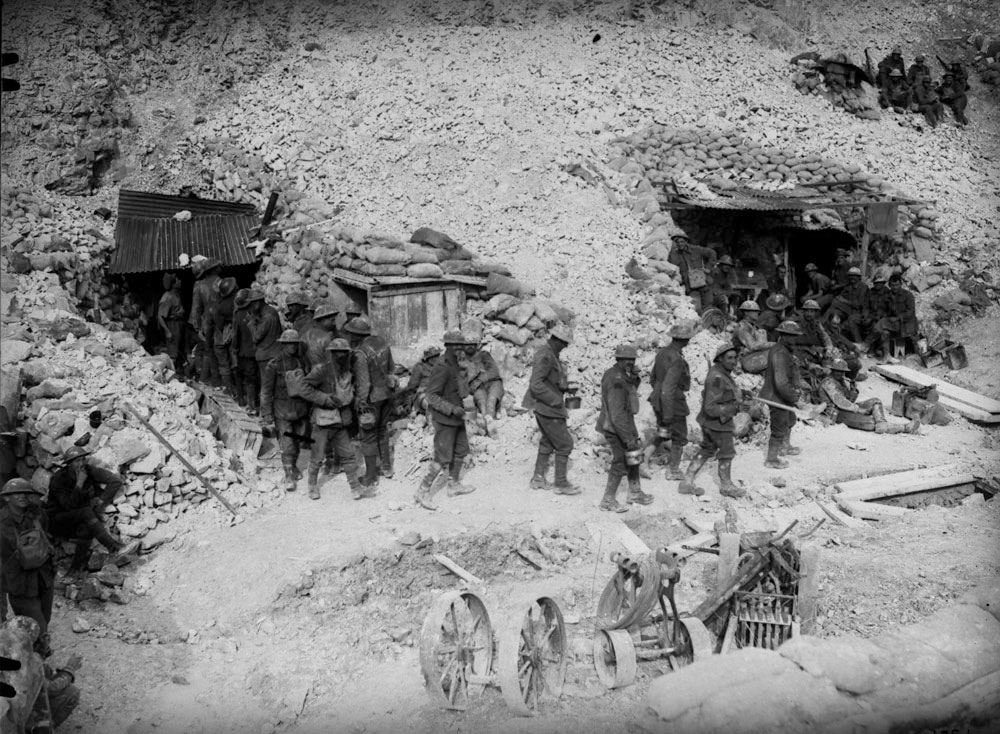 Troops of the 2nd Canadian Infantry Brigade receive soup and tea at a kitchen near the front on the night before the attack on Hill 70.
DND / Library and Archives Canada / MIKAN 3395498
Its members earned more than 270 gallantry awards, including three Victoria Crosses—by Captain Edward Donald Bellew at the Second Battle of Ypres, Pte. Walter Leigh Rayfield at Arras, and Pte. Michael James O’Rourke at Hill 70.

Newburn, Regimental No. 180288, would likely have seen action at the Somme and Vimy Ridge, among others, before the Battle of Hill 70.

Named for its elevation above sea level, Hill 70 lay outside the French coal-mining town of Lens, just 10 kilometres from Vimy where four months before the Canadians had earned what would be their most famous victory.

The gradual, chalky, barren slope that formed Hill 70 was about half Vimy’s height and less than half its length, yet it took 10 days to wrest it from German hands—more than double what it took the Canadians to take the long-sought Vimy. 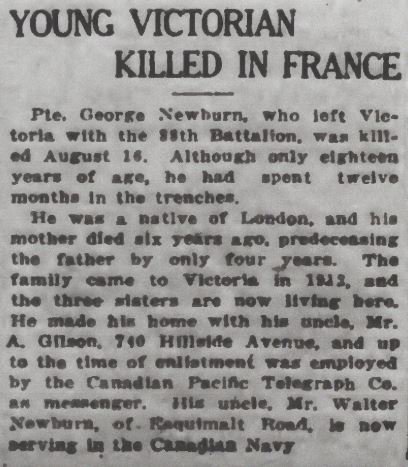 The British Columbia Regiment
Newburn was killed the first day of the battle as he and the 7th Battalion launched the assault on Hill 70 on Aug. 15, 1917.

The assault began at 4:25 a.m., just before dawn. The 7th was on the left flank of the 2nd Canadian Infantry Brigade in the second wave of the attack. The Germans held their position in force and heavy casualties were reported.

Within three minutes of the attack commencing, the German artillery brought down defensive fire across a wide swath. The 7th took 118 casualties with no known graves between Aug. 15 and 18.

The Canadian attack had been intended to divert German divisions from Passchendaele. Instead, it prevented the Germans from transferring five area divisions to Passchendaele.

Newburn’s name was engraved on the Canadian National Vimy Memorial commemorating Canadian soldiers who died during the First World War with no known grave.

“[We] pay tribute to Pte. George Alfred Newburn as we will lay him to rest in the place he helped to liberate,” said Defence Minister Harjit Sajjan. “Let us never forget the courage of our Canadian battalions during the Battle of Hill 70, and forever honour their service.”

The whereabouts of more than 27,000 Canadian war dead from the First and Second world wars and the Korean War are still unknown.

Since 2007, the Casualty Identification Program has identified 31 Canadians and 19 foreign nationals killed in battles. Another five sets of remains whose identification was not possible have been buried as unknown soldiers. 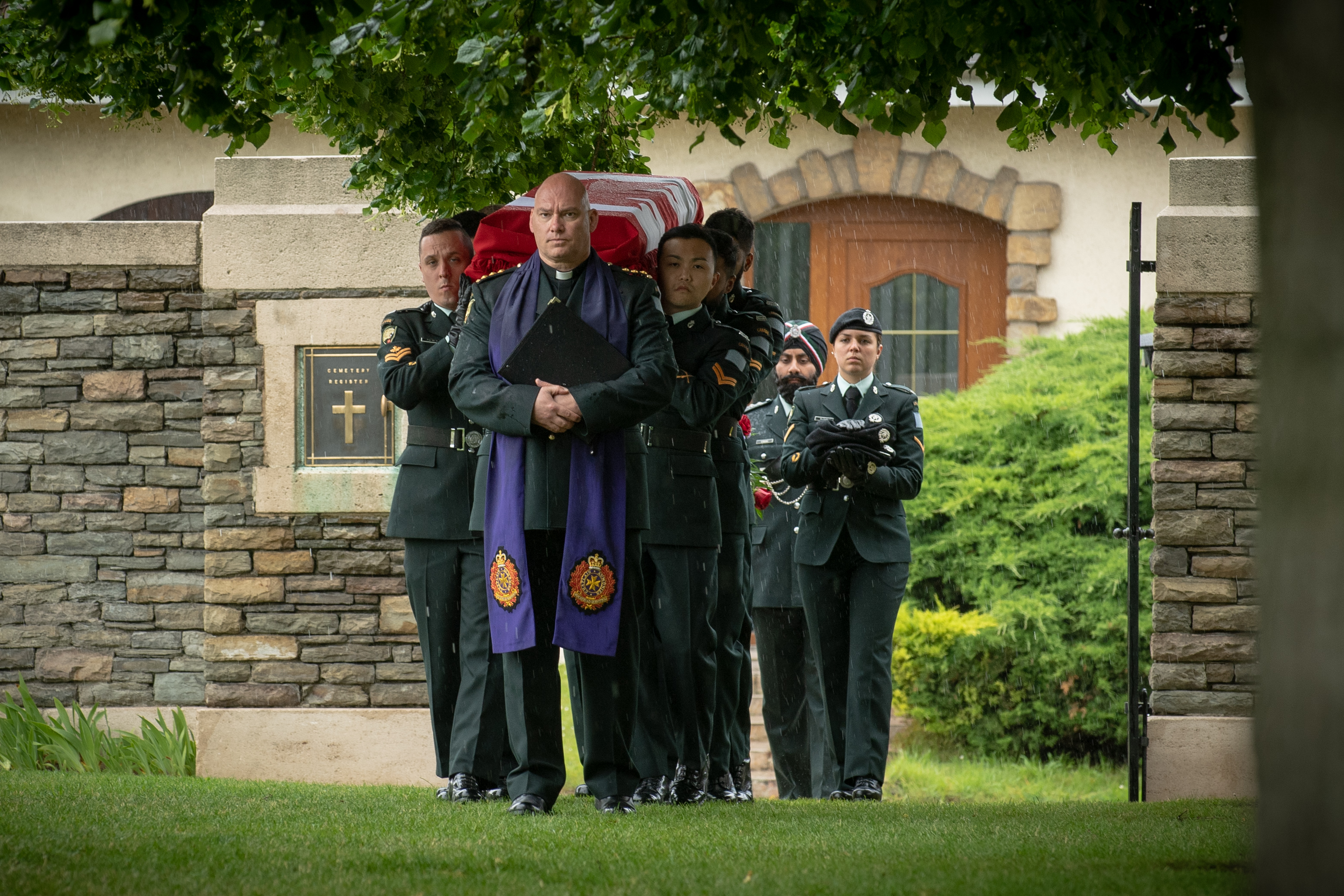 An award-winning journalist, editor and photographer. He has reported on the downfall of South African apartheid and from war fronts in Kosovo and Afghanistan.
All Posts
PrevPrevious ArticleFrom Dieppe to D-Day
Next ArticleEuphemisms, acronyms and outright lies: The language of warNext