When a Japanese vice-admiral surrendered in 1945, he also handed over his tachi 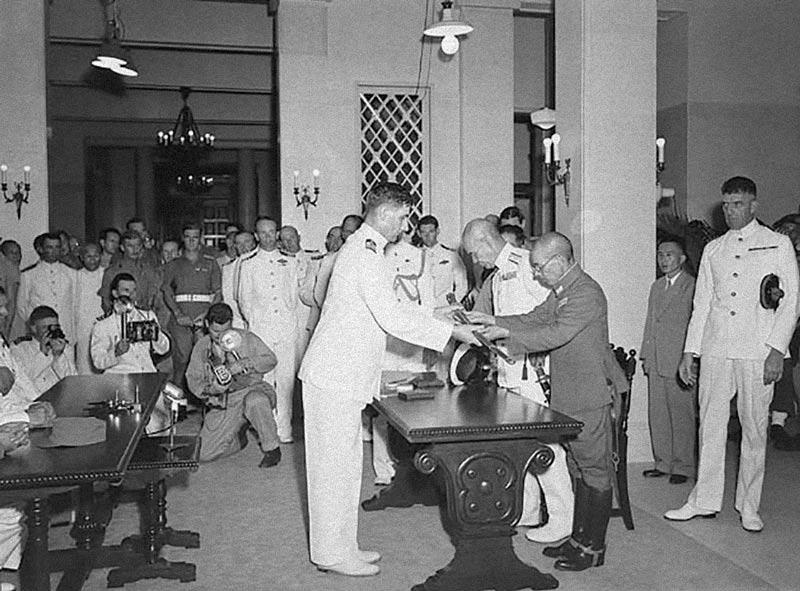 As Major-General Umekichi Okada hands over his sword, Vice-Admiral Ruitaro Fujita is next in line to surrender his weapon to Rear-Admiral Cecil Harcourt.
Jack Hawes/LAC/PA-114815

Canadian Navy Lieutenant William Lore was aboard when the British fleet sailed into Victoria Harbour in Hong Kong in August 1945. In recognition of Canadian sacrifices in the Battle of Hong Kong, Lore was chosen to lead the party that liberated the Sham Shui Po prison-of-war camp.

For the Japanese officer, surrendering his military sword was a national and private humiliation. A military sword in Japan was not just a weapon but had spiritual meaning and was a link to centuries-old traditions. 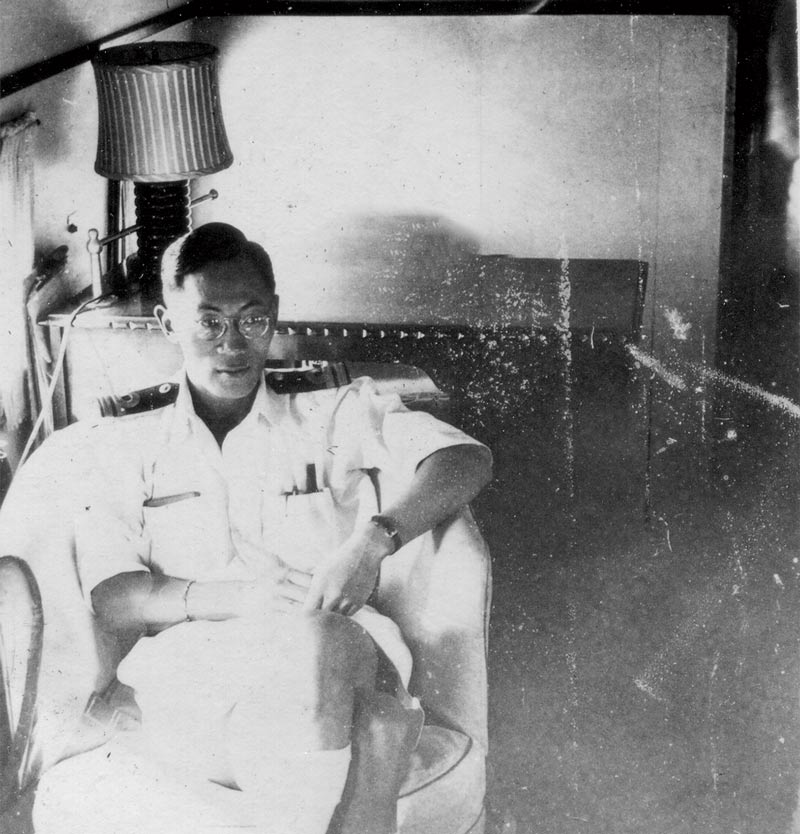 In Japan, fine swordsmithing stretches back more than a thousand years. The first curved blade was produced by a revered craftsman in about 700 A.D., evolving a process handed down through generations.

Unique forging is used to make a blade that stays sharp and is strong enough to withstand battle blows without chipping or shattering. Layers of hard and soft iron bars are heated to nearly 1,400°C and hammered into a long, slender blade. The characteristic curve results when the hot metal is plunged into cold water. When cool, the blade is polished to a mirror finish, so enemies might catch a glimpse of themselves before death.

Samurai warriors believed the blades embodied the virtues of bushido, the way of the warrior: justice, courage, benevolence, respect, honesty, honour and loyalty. The swords often accompanied them to their graves.

Between 1935 and 1945, all Japanese officers wore swords. Though functional as weapons, they were mostly symbolic, a badge of rank that could be identified by the colours in the tassel tied at the end of the hilt.

Despite its cherry blossom decoration, anchor motif and ray skin-covered grip and scabbard, Fujita’s sword is not unique, but was among thousands manufactured by the Japanese naval arsenal for use during the war. This one was made in 1942.

But some Japanese servicemen carried family swords several hundred years old, works of art created by master swordsmiths. Regardless of personal or historic meaning, all members of the Japanese military had to surrender their weapons, including swords. Many were destroyed after confiscation.

After the war, American and Australian soldiers valued them as war trophies. Few realized if they had acquired items of artistic or historical importance. Many once-treasured swords rusted away in American or Australian attics and sheds. 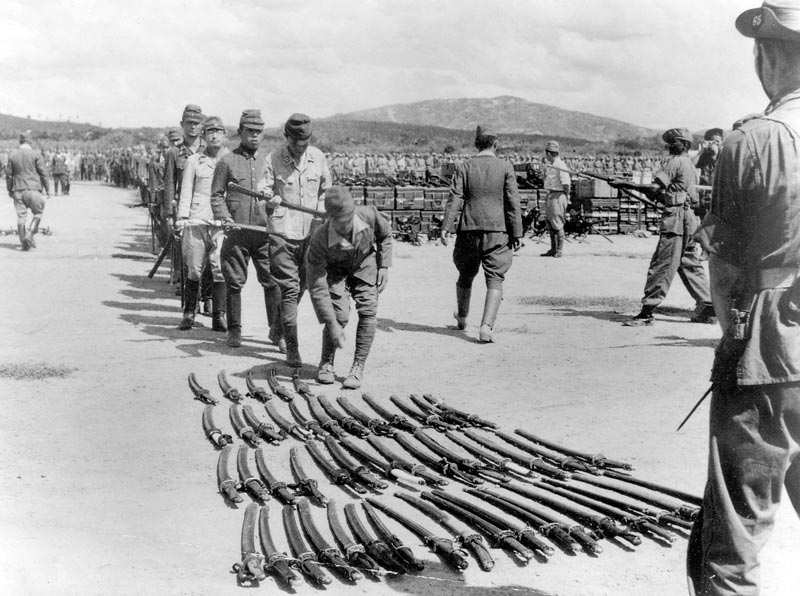 Japanese officers surrender their swords in Malaya in 1945.
Wikimedia

A blade crafted in 1673 and used by samurai ancestors of a Captain Sugita was surrendered to an Australian army air corps captain in Borneo. Although the owner’s identity was known, it was never returned to the family and recently was put up for sale. The price was US$5,000.

The fate of another blade, the Honjō Masamune—considered the finest sword in Japan—is unknown. Won in battle in 1561 and passed down from shogun to shogun, it was declared a Japanese national treasure in 1939. It was surrendered in 1945, and purportedly given to a sergeant of the U.S. Foreign Liquidations Commission in 1946. And then it was lost to history.

Most of the captured blades were destroyed, but some have been returned to the families who owned them or were donated to museums. Fujita’s blade is in the collection of the National Maritime Museum in Greenwich, London.

5,000 – Japanese swords collected at one U.S. facility in Tokyo