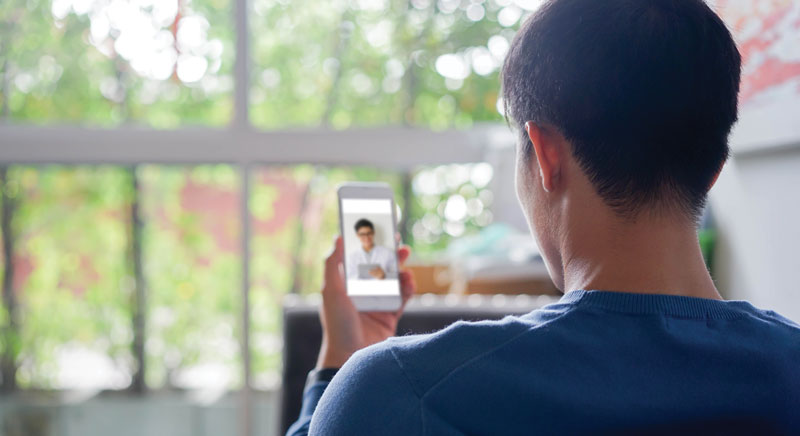 The pandemic has delivered a wallop to the mental health of Canadian veterans.

Loneliness and social isolation are common among soldiers, sailors and aircrew who leave the military and transition to civilian life under normal circumstances. No longer in frequent contact with friends and colleagues at work, recently released veterans may suddenly lose important relationships that developed during their time in uniform.

Service often prevents settling in one place, so veterans may not have friends in the community where they put down roots. They may find it challenging to make new friends, especially if they have trouble relating to non-military people.

Veterans, particularly those who leave the military with physical or mental health problems, are at an increased risk to the impacts of these challenges. They can face worsening chronic health conditions, higher blood pressure, poor sleep, depression and more stress.

But two years of periodic quarantine and social distancing during the pandemic have worsened the situation, especially for single veterans living alone.

In 2021, a research team from the Lawson Health Research Institute (LHRI) in London, Ont., launched a study to determine how veterans have been affected by the added stress of the pandemic.

The study is following 1,136 veterans over 18 months, during which time they report on their health every three months. Preliminary results were published this spring in the European Journal of Psychotraumatology.

“Over 55 per cent of veterans indicated their mental health had worsened due to the pandemic,” Dr. Don Richardson of the LHRI and lead author of the study said in a YouTube presentation.

The study also found that a quarter of participating veterans reported thinking about suicide, a big increase from Veteran Affairs Canada’s 2018 Veteran Suicide Mortality Study, which reported eight per cent of regular force veterans had thought about suicide in the previous year.

While thoughts of suicide were seemingly increasing among veterans, pandemic social distancing mandates put an end to most in-person physical and mental health-care services.

Luckily, the study found that many veterans accepted help delivered electronically. Veterans participating in the study who used telehealth services during the pandemic indicated they would prefer to continue receiving electronic psychiatric care after restrictions lift.

Accessing health care from their home may reduce stress and anxiety, said the report, and avoids the stigma of attending a mental health facility.

This finding is already making an impact on plans for future delivery of mental health care, Richardson said. “The pandemic has forced innovation within health care,” and has providers thinking about how to support telehealth and telepsychiatry for veterans after the pandemic.

Other research has found that pandemic restrictions also resulted in an increase in veterans’ inability (or reluctance) to exercise.

According to a study by U.S. Veterans Affairs Health Care System researchers, while six per cent of veterans reported their physical health improved during the pandemic, 75 per cent reported they exercised less. Nearly half said their physical activity was reduced a lot.

“For those accustomed to working out in gyms, in pools or with groups of friends, pandemic-related restrictions and closures disrupted routines in ways that could be difficult to overcome,” said the report, Then COVID happened…: Veterans’ Health, Wellbeing, and Engagement in Whole Health Care During the COVID-19 Pandemic.

Despite the easing of pandemic restrictions, some veterans have fallen into a reclusive, inactive routine. Lack of social contact saps their energy to socialize and take care of themselves.

“Humans are social beings, and connection to others is part of what buoys us in a stressful world,” said Dr. Somnath Saha, co-author of the study, The loneliness factor: How much does it drive depression in Veterans?

It’s a worldwide phenomenon. Based on data from step-counting apps on 19 million smartphones, a study in the Annals of Internal Medicine in late 2020 reported a dramatic drop in physical activity levels across the populations of many countries.

Aside from frequent phone calls with family and friends, the No. 1 coping mechanism for 70 per cent of Canadian veterans at the beginning of the pandemic was to watch more television.

While watching the news can help one stay informed, too much of it can affect mental health, especially in times of increased personal stress over the pandemic, angst about the devolution of democracy in other countries and anxiety over ongoing wars and international conflicts.

Doomscrolling—bingeing on negative news on social media, websites and television—causes release of stress hormones such as adrenaline and cortisol. That contributes to mental health consequences ranging from the pandemic blues to more serious problems with anxiety and depression.

Suggested solutions include setting a time limit on social media and scheduling one time a day to catch up on the news, then changing the channel or switching to a new activity.

All Posts
PrevPrevious ArticleBracing for impact
Next ArticleTime for changeNext