Home » Military History » Face to Face » Face To Face: Was The Dropping Of The Atomic Bomb On Japan Justified?

The United States dropped two atomic bombs—nicknamed Fat Man and Little Boy—on Japan in August 1945, resulting in the deaths and injury of more than 200,000 people. Was that action justified to bring the war to an end?

Siebert is executive director of Project Ploughshares (www.ploughshares.ca), based in Waterloo, Ont., which conducts policy research on defence and foreign policy. He is also a former diplomat who was posted to the Canadian Embassy in Washington, D.C. Halliday, a former member of the Royal Canadian Air Force, community college teacher and a curator at the Canadian War Museum, has written, co-authored or compiled numerous articles and books on general Canadian history and the military. 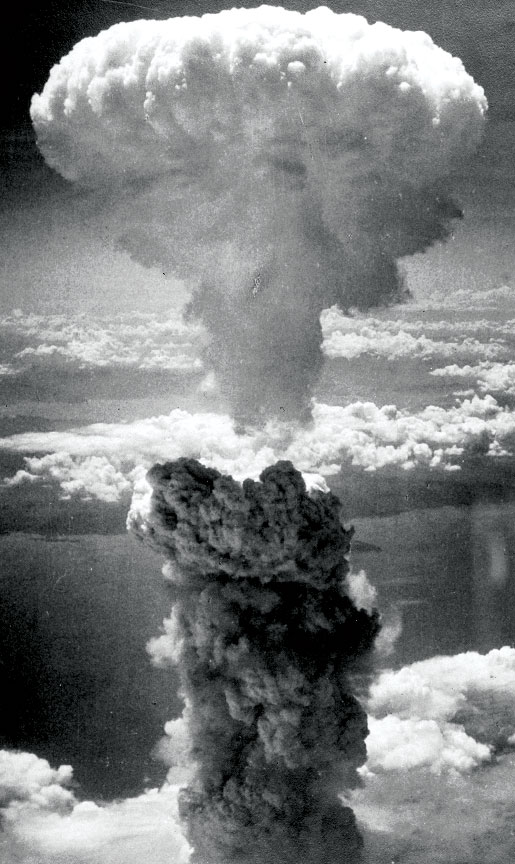 We know that the saying, “all is fair in love and war,” is not true. There are limits to what is acceptable in war because it is in all our best interests.

As United States Senator and former Vietnam prisoner-of-war John McCain has stated, we treat prisoners of war humanely to preserve our own humanity and in the expectation that our captured soldiers will be treated in kind. Weapons of mass destruction are banned for similar reasons.

In the final days of the Second World War, on Aug. 6 and 9, 1945, the U.S. dropped atomic bombs on Hiroshima and Nagasaki. Despite U.S. claims to the contrary, these actions were neither justified nor decisive in Japan’s surrender.

For centuries there have been generally agreed principles on when a war is just and how that war can be fought. The use of atomic bombs violated these principles: excessive force was used to defeat the enemy; the direct targets were civilians and non-military installations; and the damage caused by radiation poisoning at the blast site and in the surrounding environment was neither limited nor contained.

Even before the bombs named Fat Man and Little Boy were dropped on Japan, the devastating blast effects and radiation poisoning were understood. Joseph Rotblat, a physicist on the Manhattan Project that created the first atom bombs, resigned in protest prior to the successful test detonation.

The bombing of Hiroshima and Nagasaki, and the previous carpet bombing of 66 other Japanese cities, were not the reason Japan surrendered.

Moral and legal prohibitions against the use of weapons of mass destruction in war existed before the Second World War because of their indiscriminate and lasting impact on soldiers and civilians caught downwind.

The First World War, “the war to end all wars” ended in 1918. The military use of chlorine gas, mustard gas and other chemical weapons caused nearly 100,000 deaths and left as many as a million victims, who suffered from physical and emotional trauma for the rest of their lives. When these soldiers, devastated by these and other poisons, returned to their homes in Europe and North America, they shocked the conscience of the general public.

Efforts begun in the 1800s gained traction in the 1920s when members of the League of Nations signed and brought into effect the Geneva Protocol, which banned the use in war of chemical weapons. The United States acted against this protocol when it subjected Japan to the known effects of widespread radiation poisoning.

Some still argue that the use of these atomic weapons, even if regrettable, was justified because it shortened the war in the Pacific and saved the lives of many U.S. servicemen. When Japan surrendered after the bombings, the need to invade and take Japan by force ended.

This argument is no longer valid, if it ever was.

Documents written by high-ranking Japanese military and political leaders in early August 1945 convincingly show that the bombing of Hiroshima and Nagasaki, and the previous carpet bombing of 66 other Japanese cities, were not the reason Japan surrendered.

Rather, the Soviet Union’s declaration of war against Japan and its invasion of Japanese-controlled territory on Aug. 8 was the chief factor. Japan could not successfully fight on two fronts. Ward Wilson, Senior Fellow and Director of the Re-thinking Nuclear Weapons project, sums it up this way: “Japan surrendered because the Soviet Union entered the war. Japanese leaders said the Bomb forced them to surrender because it was less embarrassing to say they’d lost to a miracle weapon. Americans wanted to believe it. And the myth of nuclear weapons was born.”

The myth continues to this day. The military utility of nuclear weapons persists, in part, because of the misplaced belief that their use ended the war in the Pacific in 1945.

Somebody had to stop the killing —but who and how?

Since 1937 Japan had been continuously at war, first with China and eventually with Britain and the United States. It had been a war of many atrocities and reprisals, from the Rape of Nanking onwards.

By July 1945, Japan had been beaten back on most fronts, but her military leaders refused to surrender. Instead, they planned to confront an American invasion, inflicting such casualties that peace would be made on their terms—no occupation, no disarmament, no war crimes trials, and much of the Japanese empire still intact. They envisaged suicidal national resistance, driven by a conviction that the purpose of life was to die for the Emperor.

Leaders decide with what they know, what they think they know and, if they have any humility, the knowledge that they do not know everything. The militarists who had murdered and misled their way to power in the 1930s were untroubled by doubts. President Harry Truman was. Settlement on enemy terms was unthinkable. Other options were indefinite blockade and bombing, and outright invasion—but at what cost?

Truman knew Russia would enter the Asian war in mid-August 1945, but the scale and objectives of that intervention were unknown. He knew that each Pacific island taken had entailed increasing casualties. The Battle of Okinawa had cost U.S. forces 12,520 killed, 38,916 wounded (many maimed) and 33,096 non-combat injuries, including the highest rate of combat fatigue in any campaign. The readiness of Japanese soldiers to fight hopelessly was a given, but the willingness of civilians to do the same was unnerving (estimated civilian casualties run from 42,000 to 150,000 dead from battle and suicide).

An invasion of the Japanese home islands was set to begin Nov. 1, 1945, with the southern island of Kyushu. If necessary, Honshu would be invaded in March 1946. Projected casualties were all over the map—American General Douglas MacArthur, to encourage invasion, tried to low-ball the figures for Kyushu (25,000 dead, 105,000 wounded, he suggested). Others were more sanguine; the Army Quartermaster General ordered 370,000 Purple Hearts in anticipation of the final campaigns. MacArthur did not weigh the fate of 300,000 Allied PoWs, much less potential enemy civilian casualties, but the Battle of Manila—February 1945 with more than 100,000 Filipinos dead—is instructive as to the horrors of urban warfare.

The atomic bomb, successfully tested on July 16, 1945, provided the ultimate “shock and awe” tool. The Potsdam Declaration of July 26, 1945—not quite the “unconditional surrender” that had been demanded of Germany—offered one more chance. The Japanese government declared they would ignore it altogether. They tried negotiating through Russia, even offering alliance benefits, without considering such neutrals as Sweden, Switzerland and Portugal.

Truman delegated the use of the first two bombs to United States Army Air Force commanders, who dropped them on Hiroshima, Aug. 6, and Nagasaki, Aug. 9; the Soviet Union invaded Manchuria on the latter day.

Incredibly, the Japanese militarists still resisted. The cabinet was at an impasse. On Aug. 10, the Japanese Prime Minister appealed to the Emperor himself. Through most of his reign Hirohito had been a passive onlooker, going along with his murderous and duplicitous advisers, expressing any doubts in private. He had seen Tokyo burn to the gates of his palace. The militarists’ final excuse to fight—the preservation of the god-emperor—collapsed when he, citing the “new and most cruel bomb,” accepted the Potsdam Conference’s terms, even at personal risk. With channels opened, the Allies agreed to allow continuation of the Imperial office. On Aug. 14 there was formal acceptance of the modified Potsdam Declaration. A subsequent military coup, intended to silence the Emperor, failed. It had taken both Truman and Hirohito to end the war.

Use of the atomic bomb was justifiable.

FACE TO FACE: Should robots replace soldiers in war? Face to Face: Should the Allies have ceased their attacks on Nov. 10? Face to face: Is it time to redesign and replace the Canadian Army’s combat uniform? Should the James Cross kidnappers have been granted safe passage to Cuba?