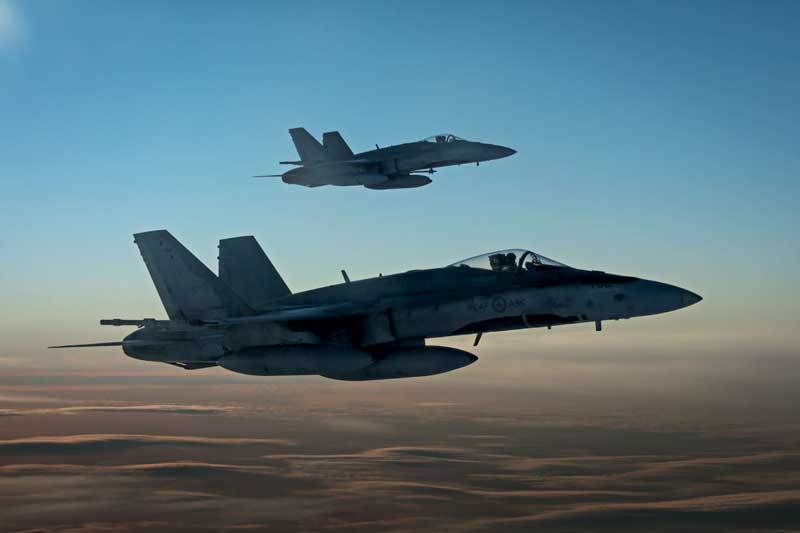 Can Canada continue to rely on the U.S. for its defence?

The Americans are our best friends whether we like it or not.” So famously said Robert Thompson, leader of Canada’s Social Credit Party in the early 1960s. While he wasn’t known as a great speaker, Thompson nonetheless had a gift for getting to the heart of the matter.

Canadians and Americans share most of the North American continent. We live roughly similar lives, try our best to understand each other and read the same books and watch the same shows. We don’t fight with each other except over softwood lumber, dairy tariffs and which country is better at hockey.

Yet there are real differences. The United States is a superpower, the richest and most powerful state on Earth. Canada is at best a middle power with about one-tenth the U.S. population and one-eleventh of its gross domestic product. The Americans have a global military reach, a huge nuclear arsenal and advanced weaponry. Canada, meanwhile, has a tiny military with aging equipment, few foreign military deployments and a strong belief in peacekeeping. Americans make war, they say, Canadians keep the peace.

Except we no longer do. While Prime Minister Justin Trudeau pledged to re-engage in peacekeeping after he was first elected in 2015, there are currently only about 60 Canadian soldiers wearing blue helmets. And during Trudeau’s tenure, our peacekeeping forces have twice numbered historic lows. The government has also failed to create a promised rapid deployment unit for the United Nations.

That failure in particular caused Washington to urge Canada to act. That said, peacekeeping hardly tops the U.S. wish list for Canadian defence. Canada’s position on the globe means our country is always important to our southern neighbours. Our Arctic is on the direct bomber and missile route from Russia to the American heartland and China is increasingly eyeing Arctic waters for shipping and resource development, further threatening Canadian Arctic sovereignty.

Ottawa seems to be ignoring the present and future threats. It apparently hopes the Americans, our best friends, will defend us even if we don’t pitch in.

But will they? Canada’s initial hesitancy in barring China’s Huawei 5G wireless communications technology hurt Canada’s image in Washington and with other members of the Five Eyes intelligence network.

With a smaller population than Canada and much different strategic needs, Australia is now the more favoured partner in the Pentagon, U.S. State Department and White House. The result? A nuclear submarine deal and a broader defence and research relationship, with Britain on board, too. Canada seemed to know nothing of the pact until its announcement. Best friend? Valued ally? Perhaps not so much.

Best friend? Valued ally? Perhaps not so much.

The number 1 task of a country is the defence of its people and territory. Ottawa has seemingly forgotten this. Given their own national interests, the Americans must be concerned.

Thus far, though, the U.S. has been moderate in its response. Former President Donald Trump complained Ottawa wasn’t spending enough on defence, lumping us in with other laggard NATO members not devoting two per cent of GDP annually to military budgets.

While President Joe Biden hasn’t yet publicly chided Canada for this reluctance, his Norad commander, General Glen VanHerck, was in Ottawa in November 2021 to plead for support in upgrading the air defence system.

“As the commander of Norad I think probably the most important mission I do is provide threat warning and attack assessment for both Canada and the United States, for North America,” the general stated. The U.S. is considering how to defend against hypersonic missiles, while Canada hasn’t laid out a position on them, he said.

Ottawa has long rejected participating with the U.S. in missile defence, including Prime Minister Paul Martin’s refusal of President George W. Bush’s invitation to do so in 2005.

Defence analysts have been pressing the government to change this position for years, but there is no indication that Ottawa, no matter which party forms the government, will support defending against either this new threat or the existing risk from intercontinental ballistic missiles.

What this means is that Canadians will not be at the table when critical decisions need to be made at Norad headquarters. Just envision the scene: “Missiles have been launched, sir; Canadians, please clear the room.”

It’s long past time for Canada to do more to help protect North America. That means spending more on defence and co-operating more closely with our best friends—whether we like it or not.