Home » Military History » Face to Face » Did the Dieppe Raid provide the Allies with lessons critical to D-Day’s success?

Did the Dieppe Raid provide the Allies with lessons critical to D-Day’s success? 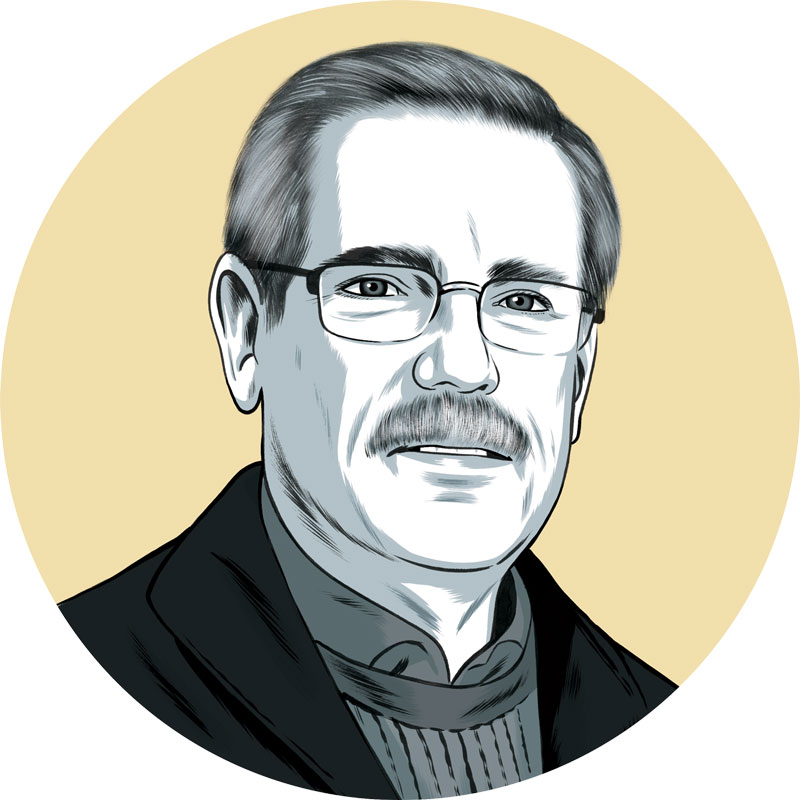 There is no doubt that the raid on Dieppe in August 1942 was a disaster for the Canadian troops involved. To try to justify it by calling it a learning experience for D-Day is a bit of a stretch. Nonetheless, like any inquiry into a disaster, natural or human-caused, lessons can be learned.

The raid was the brainchild of the Combined Operations unit of the British forces, which was tasked with trying to keep the enemy off-balance using a series of raids and sabotage. It was to integrate elements of the army, navy and air force to test new methods and equipment for amphibious attacks.

The head of the unit, Vice-Admiral Lord Louis Mountbatten, knew that if Germany was to be beaten, the Allies would have to bring the war to them with troops on the ground. The Dieppe Raid was the largest such undertaking up to that point. It was to be a one-day effort in which the navy would put an army division on the shores to confuse the enemy, do as much damage as possible, capture any intelligence available and take prisoners.

Combined Operations wanted to test new navy landing craft, built to various specifications to carry troops, vehicles and even tanks. These vessels could carry a platoon of soldiers from ship to shore. In the bow was a ramp that also served as a shield should the craft be under fire while approaching shore. Once close to shore, the ramp was lowered, allowing the troops or vehicles to disembark directly forward.

The raid was also a chance to test new Churchill tanks, which Britain had developed a year earlier. The Churchills were faster and had better armour than the tanks used in the First World War. Of course, the attack’s planners knew the tanks would likely be disembarking into water, so experiments were conducted on how to waterproof the tanks so that they wouldn’t be flooded.

The biggest lesson learned was that taking A PORT would not be easy.

The biggest lesson learned, however, was that taking a port such as Calais, France—the closest one to Britain—would not be easy. German leader Adolf Hitler had worked to have Europe fortified from Norway to the Spanish border, creating what was called “Fortress Europe.” In port towns, rudimentary fortifications, some dating back to the Middle Ages, were already in place and only needed to be reinforced. The beaches, however, were less protected.

If the Allies were to land large armies on Europe’s shores, they would need to have a supply point such as a port. On D-Day in 1944, however, the attack was on beaches without a port. The Allies had overcome the need for a port by developing what they code-named Mulberries—two artificial wharves created with concrete, steel and sunken ships—where supplies could be quickly offloaded to support the army.

These and other strategies were learned, or at least experimented with, during that fateful attack at Dieppe—all of which would soon be used in the successful landings not only in North Africa and Sicily but, eventually, Normandy, too. 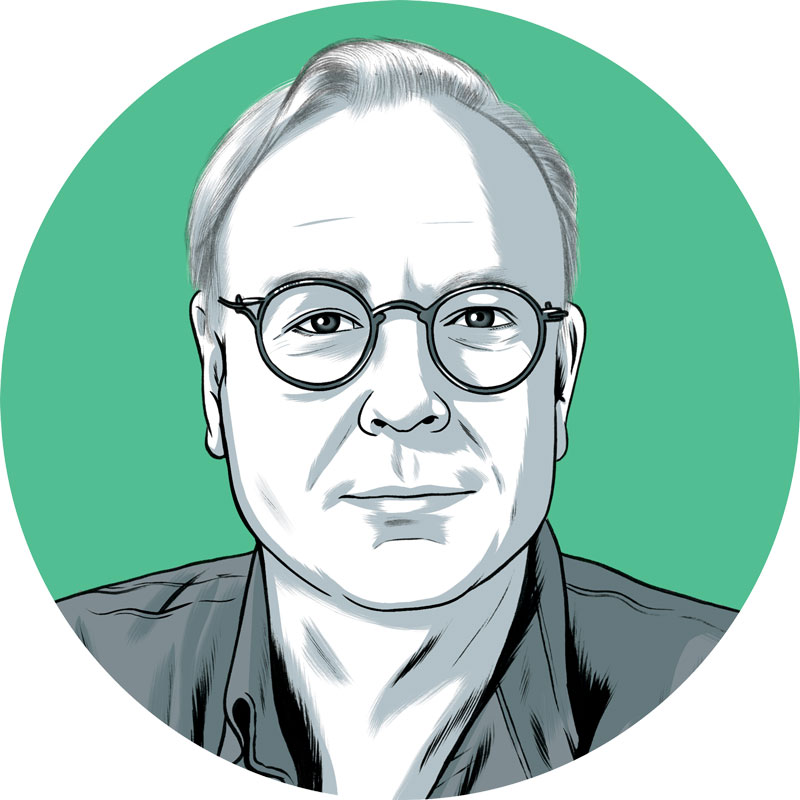 For decades, D-Day’s success has been cited as justification for the disastrous raid on Dieppe.

It was Lieutenant-General Harry Crerar who, in his orders of the day on June 6, 1944, told Canadian soldiers destined for the beaches and drop zones of Normandy that their impending success was thanks largely to the lessons from the ill-fated attack two years earlier.

“The contribution of that hazardous operation cannot be overestimated,” the Hamilton-born Crerar told the D-Day invaders. “It will prove to have been an essential prelude to our forthcoming and final success.”

Crerar may well have been grasping at straws, finding the right words to justify what both experts at the time and later historians called the “fiasco” at Dieppe, and at the same time to inspire the 14,000 Canadian troops who, for all they knew, were facing imminent death.

The raid by nearly 5,000 Canadians, about 1,000 British and 50 U.S. Army Rangers northeast of the D-Day beaches was ill-planned and poorly supported, and it was “never envisioned as an experimental cross-channel invasion,” wrote Irish historian Jonathan Carroll.

Indeed, a member of No. 4 Commando, Royal Marines—the only Dieppe unit to achieve its objective by taking out a coastal battery—called it “one of the biggest cock-ups of the Second World War.”

The raiders were said to be under orders to seize and briefly occupy the port, to prove it was possible and to gather intelligence. They were to destroy coastal defences, port facilities and strategic buildings on the way out.

But for more than half of those involved, there was no way out. The operation ended in abject defeat: 3,367 soldiers were killed, wounded or captured, most of them Canadians.

“The blunders at Dieppe were and remain inexcusable.”

In 1943, The Globe and Mail broke ranks in calling Dieppe “a fiasco of the first order; a tragedy of military blundering without
parallel in this war.”

Historian Jack Granatstein described Dieppe as “an object lesson on how not to mount an amphibious assault.”

“The blunders at Dieppe were and remain inexcusable,” he wrote in 2014.

Blame rests mainly on the shoulders of the raid’s chief planner, Lord Mountbatten. He, too, claimed that D-Day’s success was due to Dieppe.

Granatstein characterized Mountbatten as “utterly unqualified for his role, a man protected by his royal connections and public relations minions.”

Historian John Maker said in 2014 that one would be better advised to look to the 1942-1943 North Africa campaign and the 1943 invasion of Sicily for lessons that informed the D-Day operation.

Carroll has said British and Canadian morale “plummeted” after Dieppe, while Germany’s soared.

“The staggering losses for no appreciable gain at Dieppe created a scandal that forced many associated with the raid to attempt to justify the cost in light of the lessons learned; undoubtedly to stave off recriminations,” he said, adding that whatever lessons informed D-Day planners were unintentional ones at best.

“Regardless of their spin,” he added, “Dieppe was an unmitigated disaster.”

That, at least, earned Canadians the right to land on the open beaches at Courseulles and Bernières, where they suffered D-Day’s second highest casualty rate yet penetrated farther into France that day than any other Allied invader.

TOM MacGREGOR
is the former news editor of Legion Magazine. Prior to that, he worked for The Huntsville Forester, Edmonton Sun and Maclean’s. He is also the author of several plays and four books of poetry.

STEPHEN J. THORNE is an award-winning journalist, editor, photographer and Legion Magazine staff writer. He has reported on the downfall of South African apartheid and from war fronts in Kosovo and Afghanistan.

was with Legion Magazine since 1989 and served as staff writer, assistant editor and news editor. Before joining the magazine, he worked for The Huntsville Forester, The Edmonton Sun and Maclean’s. He is also the author of plays, four books of poetry and “Canada and the Victoria Cross” in the Canada’s Ultimate Story series.
All Posts
PrevPrevious ArticleShould Canada have settled its civil suit with Omar Khadr?
Next ArticleDid the Allies win the Battle of the St. Lawrence?Next