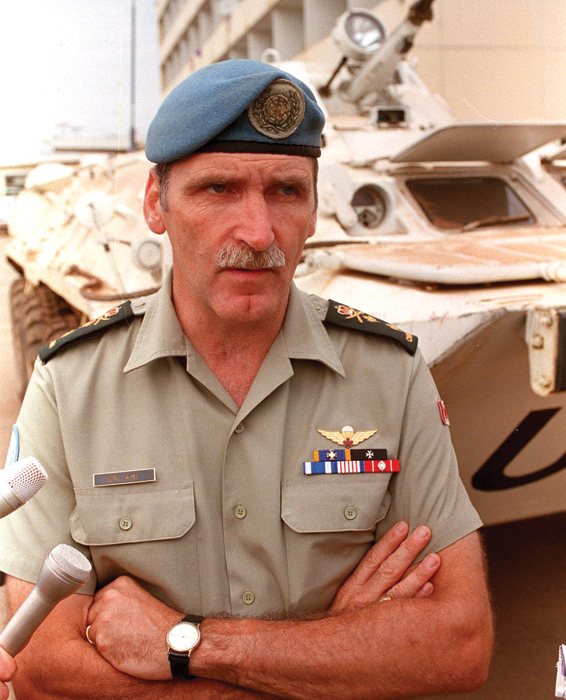 Emnity : “I know there is a God because in Rwanda I shook hands with the devil.” — Dallaire
Ryan Remiorz/CP PHOTO

Roméo Dallaire and Hassan Ngeze likely never met, but the Canadian general’s efforts to prevent genocide in Rwanda conflicted with the plan of one of the masterminds behind the slaughter of the country’s Tutsi peoples

On May 1, 1994, Major-General Roméo Dallaire arrived at the Sainte-Famille Church in the Rwandan capital city of Kigali to find thousands of people hiding there. Several blue beret-wearing UN observers were scattered in their midst. Dead and dying lay everywhere. Despair washed over Dallaire. There was little he or his UN force could do to protect these people from the murderers perpetrating one of the worst genocides since the Second World War.

The previous October, Dallaire had deployed to Rwanda to referee a peace agreement aimed at ending a bloody civil war between the Hutu and Tutsi peoples. It was soon evident that his allotted forces and mission parameters made the task of United Nations Assistance Mission for Rwanda virtually impossible.

On April 6, 1994, two surface-to-air missiles downed a plane with the presidents of Rwanda and Burundi aboard. Both leaders died and the Rwandan Hutu military and militias immediately capitalized on the leadership vacuum. Within hours, they started killing Tutsis and Hutu moderates in Kigali. The ensuing genocide quickly engulfed most of the country. Many of those killed were hacked to pieces with machetes. By the time the Tutsi-dominated Rwandan Patriotic Front (RPF) captured Kigali on July 4 and began restoring order throughout the devastated country, nearly 800,000 people were dead.

Many of the Tutsis killed
were hacked to pieces
with machetes.

Many more would have died without the intervention of Dallaire’s small peacekeeping force of soldiers and military observers from Canada, Ghana, Pakistan, Tunisia and Bangladesh. Ordered by his UN superiors to withdraw from Kigali, Dallaire disobeyed and kept his men in place to maintain a half dozen unofficial safe havens for thousands at such places as King Faisal Hospital, Amahoro Stadium and the UN Force headquarters. Dallaire’s adept shuttle diplomacy often placed him at personal risk and his soldiers repeatedly stood between the murderers and the helpless civilians—even as they were prohibited from using deadly force by UN-imposed rules of engagement.

Dallaire left Rwanda on Aug. 20, 1994. For years thereafter, the decorated officer suffered guilt for what he considered abandonment of his troops while the mission still continued and for failing to prevent more Rwandans from being killed. But Dallaire was also a casualty. Diagnosed with post-traumatic stress disorder, he repeatedly attempted suicide. A man of great conscience, Dallaire eventually persevered psychologically and today works with the UN and International Human Rights Commission on prevention of genocide and crimes against humanity.

The enemy is still there, among us…biding his time…to decimate us. Therefore, Hutu…wake up! Be firm and vigilant. Take all necessary measures to deter the enemy from launching a fresh attack.” Hassan Ngeze wrote this in a December 1990 article in his newspaper, Kangura. In the same article, he claimed that the Tutsis sought to impose minority rule over the Hutus. To counter this, Hutus were urged to obey 10 commandments: Several of these warned Hutu men to avoid relationships with Tutsi women or be branded as traitors. A Hutu doing business with a Tutsi was also a traitor. “The Hutu should stop having mercy on the Tutsi,” Ngeze railed. 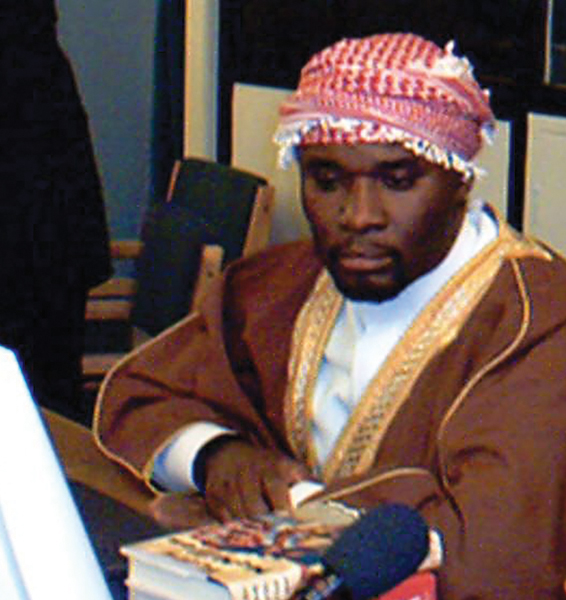 “Even people that I have never met in life and who have never met me are brainwashed to come and testify against me.” — Ngeze
Stella Vuzo/AFP/Getty Images

Ngeze was born on Dec. 25, 1957, in Rubavu, a community in Rwanda’s northwestern Gisenyi prefecture. After primary school, he worked as a shoe shiner and bus conductor before—despite lacking any journalism training—becoming a national newspaper correspondent. In 1990, secretly backed by Rwanda’s Hutu government, he founded and became editor of Kangura—a virulently anti-Tutsi newspaper.

He led the Hutu crowds in chanting,
“Let’s exterminate them!”

“What weapons shall we use to conquer the Inyenzi once and for all?” a banner headline on the cover asked. Next to the headline, a machete was depicted. ‘Inyenzi’ is Kinyarwanda for cockroach; Ngeze commonly referred to the Tutsi this way. The message was clear. The machete should be used to eliminate the Tutsi once and for all.

When the genocide began in April 1994, Ngeze supplied weapons to Hutu fighters in Gisenyi and oversaw various roadblock operations where Tutsis were taken prisoner and subsequently slaughtered. He also used a megaphone at numerous demonstrations to lead the Hutu crowds in chanting, “Let’s exterminate them!”

When the Tutsi-dominated RPF won the civil war in the summer of 1994, Ngeze fled to Kenya. He was arrested there on July 18, 1997, and brought before the UN International Criminal Tribunal for Rwanda. On Dec. 3, 2003, Ngeze was found guilty of five charges related to genocide and crimes against humanity. He was sentenced to life imprisonment, but several charges were reversed on appeal in 2007 and his sentence was reduced to 35 years. He remains imprisoned in Mali.

“You poisoned the minds of your readers, and by words and deeds caused the death of thousands of innocent civilians,” the 2003 trial judge declared during Ngeze’s sentencing.

PrevPrevious ArticleChurchill and Hitler
Next ArticleHeroes and Villains: Bethune and FrancoNext