In five weeks of bloody battles to boot the Germans out of the Scheldt Estuary in October and November of 1944, the Allies suffered about 13,000 casualties, including about 6,300 Canadians. And the fighting was expected to be just as stiff to liberate the rest of the Netherlands. 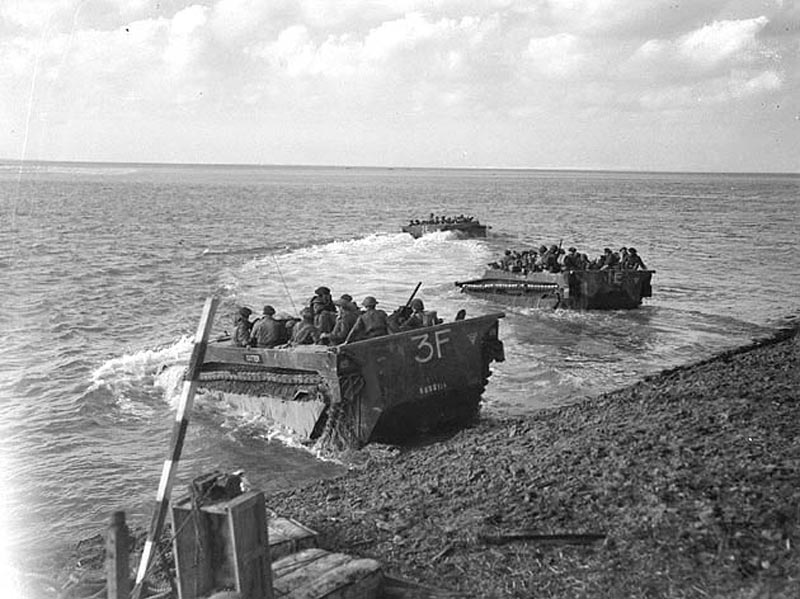 Amphibious vehicles take troops across the Scheldt River to Hoofdplaat, Netherlands, in October 1944.
LAC/PA-136754
The Germans had occupied the Netherlands for five years, and were well fortified and truly dug in. In April 1945, the 1st Canadian Army began clearing the enemy from northern and western Holland. The small city of Apeldoorn was one of the first objectives.

The Germans flooded the land, tore up roads, blew up bridges. And fought like hell.

“These were not the ‘old men and frightened boys’ thought to be all that was left of the Wehrmacht,” recalled Captain Ted Brock in a memoir reproduced on the Canadian Letters and Images website. In one week, there were 506 Canadian casualties.

“Even lowly platoon commanders were able to call up rocket-firing Typhoon fighter planes.”

On April 14, a member of Brock’s platoon was killed and the remainder pinned down by a deadly accurate sniper “But, within minutes of my radioed request, we had clouds of three-inch mortar smoke onto our position and we were up and onward to rejoin the attack.”

The platoon crossed the IJssel River between Zutphen and Deventer, where they lost more men in heavy fighting. Much the same was expected in Apeldoorn.

“The battle for Apeldoorn started with an amazing amount of support for we PBI [poor bloody infantry]—more artillery, tank and air support than we had ever seen before,” wrote Brock. “Even lowly platoon commanders were able to call up rocket-firing Typhoon fighter planes to blast enemy machine-gun positions and it was an inspiring sight to see those ‘Tiffies’ peel off and scream straight in on a well-defined target.” 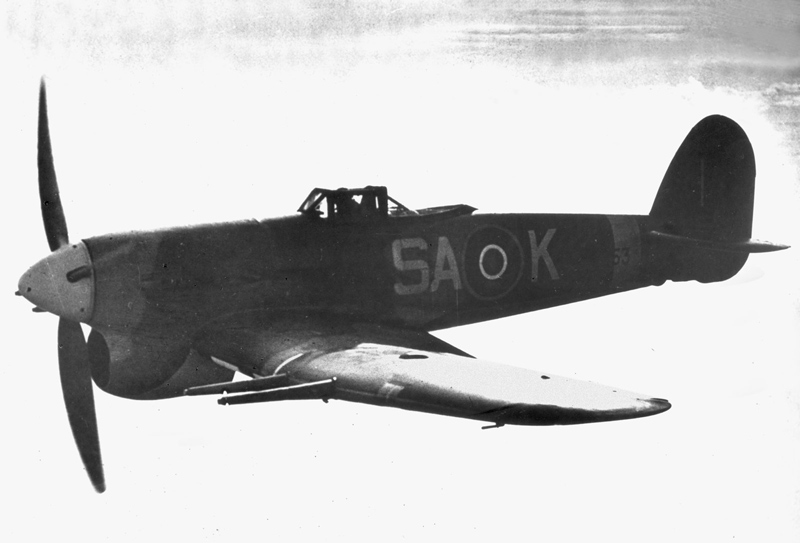 The Hawker Typhoon was introduced in 1941 and was equipped with RP-3 rocket projectiles in 1943.
U.S. National Archives
But all that firepower was not needed to capture Apeldoorn.

The plan was to isolate the city, using artillery to pepper the area around a German-held bridge over which the infantry, unsupported by artillery fire, would enter the city, which sheltered many refugees.

On the night of April 16, 1945, while the Canadians prepared to shell around the bridge, Gijs Numan of the Dutch Interior Forces in Apeldoorn persuaded the Germans defending the bridge to surrender, according to the Liberation Route Europe website. He informed the Canadians, who did not believe him—until he brought them the German prisoners. 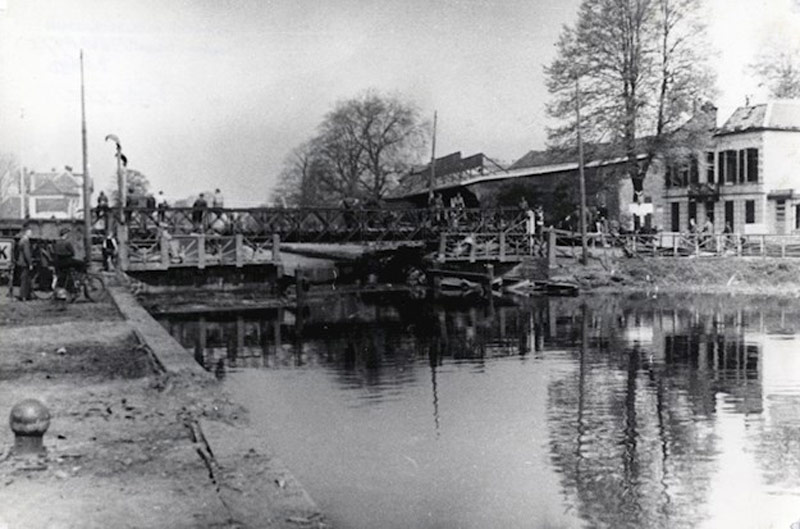 A bridge crossing the Apeldoorn Canal.
Nederlands Instituut voor Oorlogsdocumentatie
The attack was moved up. Instead of stiff resistance, the Canadians found the German garrison retreating ahead of them. By mid-morning, Het Loo Palace—the summer residence of the Dutch royal family—and most of the city was in Canadian control.

“Apeldoorn was taken, intact,” recalled Brock, “because the Germans, fearing encirclement, had withdrawn. The inhabitants were delirious with joy and treated us as the conquering heroes.”

Herb Pike was among a group of Canadian liberators who chased retreating Germans for about 30 kilometres before returning to the city.

“We pulled back to Apeldoorn and I’ve got to tell you, Apeldoorn at that time was so relieved; those people were starving actually,” he recalled in a Memory Project interview. “We gave them as much as we could out of our own rations.”

“On April 19,” Brock wrote, “the Germans agreed to a short truce in order that food could be transported through/across/over their lines to the starving Dutch who were in desperate straits.”

The war ended May 8, and what followed has been called the Canadian summer as troops mingled with grateful Dutch families. And after that, about 2,000 Dutch war brides were brought back to Canada, further strengthening ties between the two countries. 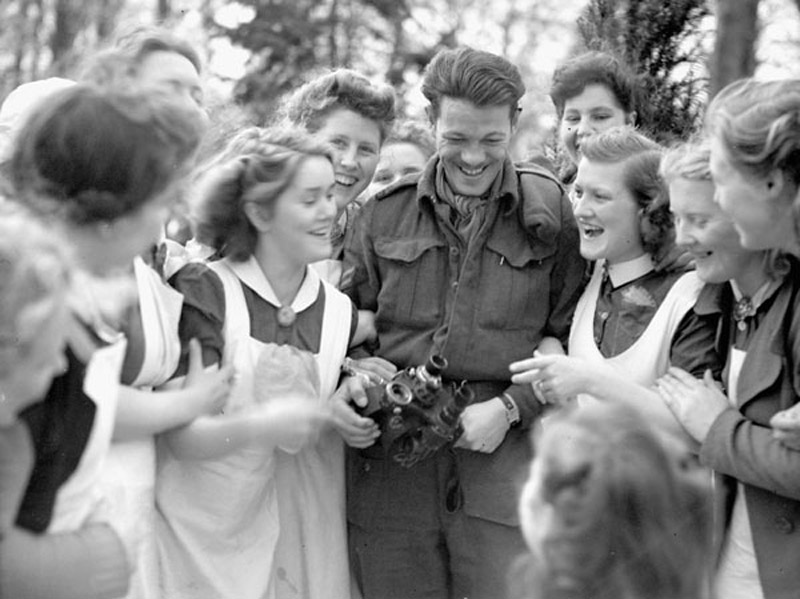 Rifleman R.M. Douglas of The Royal Winnipeg Rifles with a group of Dutch women celebrate the liberation of Deventer, Netherlands, on April 10, 1945.
Lieut. Donald I. Grant/DND/LAC
Every five years between 1985 and 2015, Apeldoorn hosted Canadian Second World War veterans in a celebration of liberation and friendship. In 2020, the joyous event was scaled back due to pandemic precautions, but a subdued celebration was held on the grounds of Het Loo Palace, despite travel restrictions, pandemic preparations and social distancing.