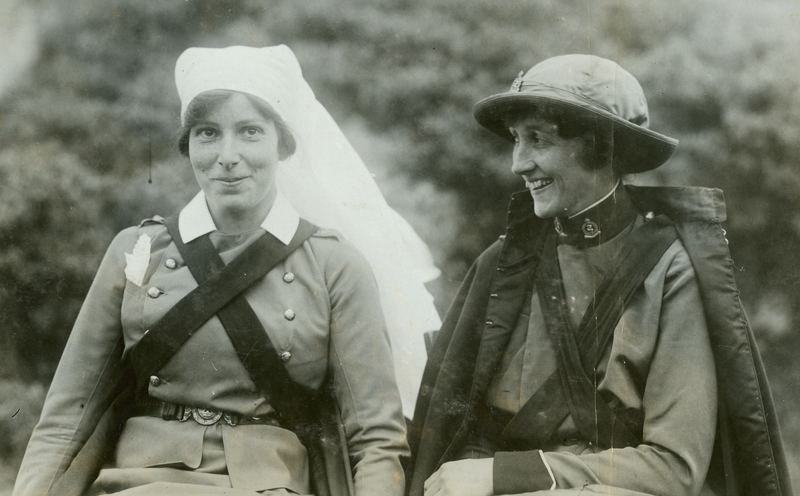 A pair of Canadian Nursing Sisters pose for an official photo in May 1917.
CWM/19920085-353
The Hall of Honour in the centre block on Parliament Hill was designed to take your breath away.

The soaring arches and vaulted ceilings draw the eye upward. Soft light from high windows imparts a warm glow to the limestone.

It feels like a space built for a high purpose. It is used for state occasions and formal parliamentary events.

Along the walls are commemorative plaques, reliefs and statues. The largest among them is the Nursing Sisters’ Memorial.

After the First World War, Canadians from all walks of life were moved to commemorate the heroism and sacrifice of their loved ones, colleagues, comrades and compatriots.

Nurses across the country raised $32,000 for a memorial honouring the more than 2,800 nurses who served and the 58 who died overseas in that service.

The 5.3-by-2.8-metre sculpture was carved nearly a century ago from a single six-tonne piece of Italian Carrara marble by George William Hill, sculptor of many statues and memorials on Parliament Hill.

The Canadian Association of Trained Nurses spearheaded the project, which was tweaked by Prime Minster Mackenzie King, who envisioned “a historical tableau, illustrating a broad period of Canadian history and illustrating the Canadian experience.”

So, Hill carved a tableau representing the service of nursing sisters from the founding of Hôtel Dieu in Quebec City in 1639 to the First World War.

In the centre stands a figure representing humanity, holding a caduceus, the emblem of healing.

“The group on the right of the panel represents these noble sisters who at the call of Humanity left their native country, France, and came to a land to help the sick and needy,” wrote Hill. A nurse dressed in religious garb holds an Indigenous baby.

In the background, a figure symoblizing “history” holds the Book of Records from 1639 to 1918.

“The group on the left-hand side of the design represents the courage and self-sacrifice of the nurses who offered their services and lives in the great cause of freedom. Two sisters dressed in service uniform are nursing a wounded soldier.”

These women broke many barriers. They were officers earning equal pay to men of the same rank.

Those uniformed figures represent the 3,141 nursing sisters employed during the First World War.

These women broke many barriers. They were officers earning equal pay to men of the same rank. Lieutenant was equivalent to nursing sister, captain to matron and major to matron-in-chief.

Margaret Macdonald, matron-in-chief for the nursing service overseas, became the first woman in the British Empire to attain the rank of major, while Canada’s military was among the first to commission women as officers.

The troops nicknamed the nurses “bluebirds” because of their blue uniforms, which were topped by a white veil.

Their work put them in as much danger as anyone working near the front.

Among the dead were 21 killed by the enemy, often when hospitals were bombed or casualty clearing stations attacked. Fourteen died when a German torpedo sank the Canadian hospital ship Llandovery Castle in 1918. Many succumbed after the war to disease brought about by their service, and many suffered shell shock, what we recognize today as post-traumatic stress injury.

Among their collective honours are one Royal Victorian Order, nine Military Medals, nearly 170 Mention in Despatches and two nursing sisters were appointed to the Order of the British Empire.

The Nursing Sisters’ Memorial was unveiled on Aug. 24, 1926, coinciding with the 13th general meeting of the Canadian Nurses’ Association, which attracted 800 nurses from across the country.

Retired Major Margaret Macdonald read the honour roll of the nursing sisters who died in service. 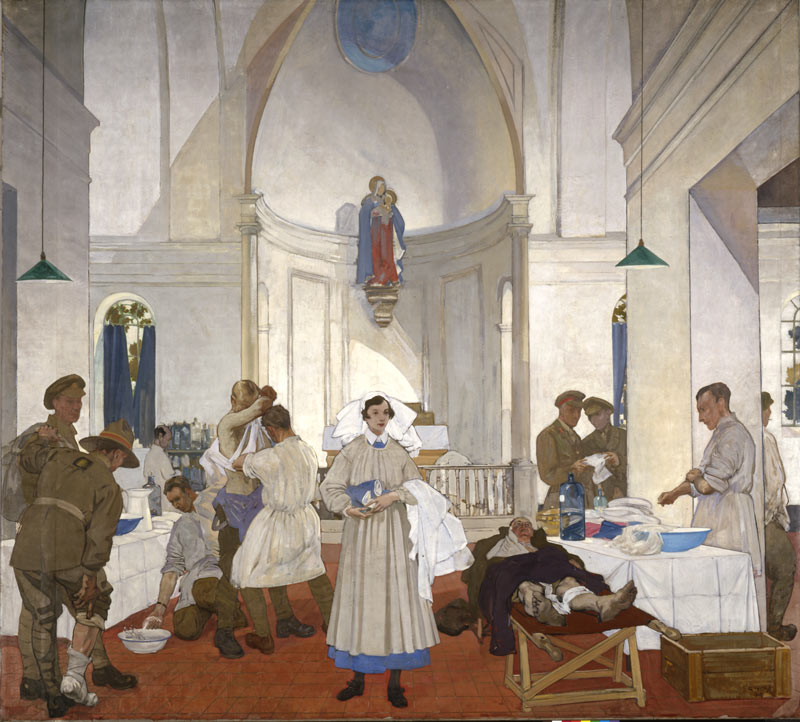