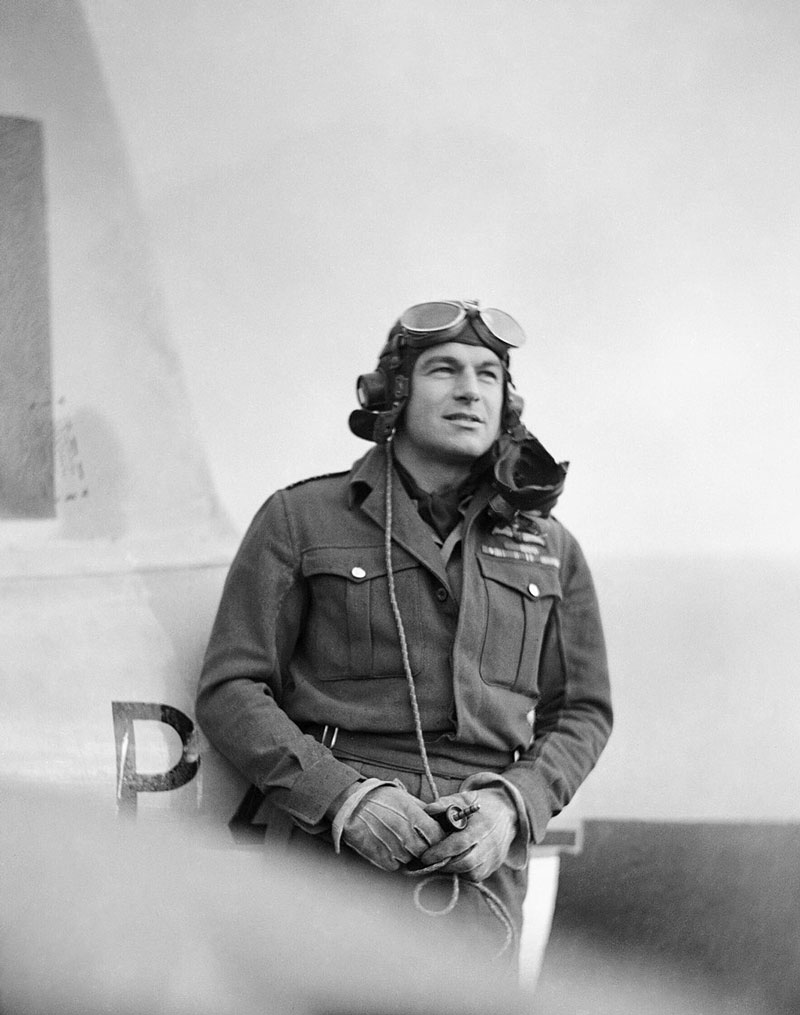 Group Captain J.W. (Max) Aitken, leader of the Banff Strike Wing, standing by the tail of his de Havilland Mosquito on Oct. 23, 1944.
Wikimedia
In Boyndie, a town on Scotland’s northeast coast a few kilometres inland from the North Sea, stands a granite obelisk. Fourteen names are inscribed on the stone, 10 of them Canadian.

It is a memorial to the members of Banff Strike Wing who perished on Feb. 9, 1945, during the events of “Black Friday,” the date of the largest air battle over Norway and the deadliest day of the Second World War for the Royal Air Force Coastal Command.

The fiords along Norway’s jagged coastline provided protection to German ships holed up for repair, gave a secure location for convoys to gather and allowed warships to sneak out under cover of cloud or storm to wreak havoc on the Allies. 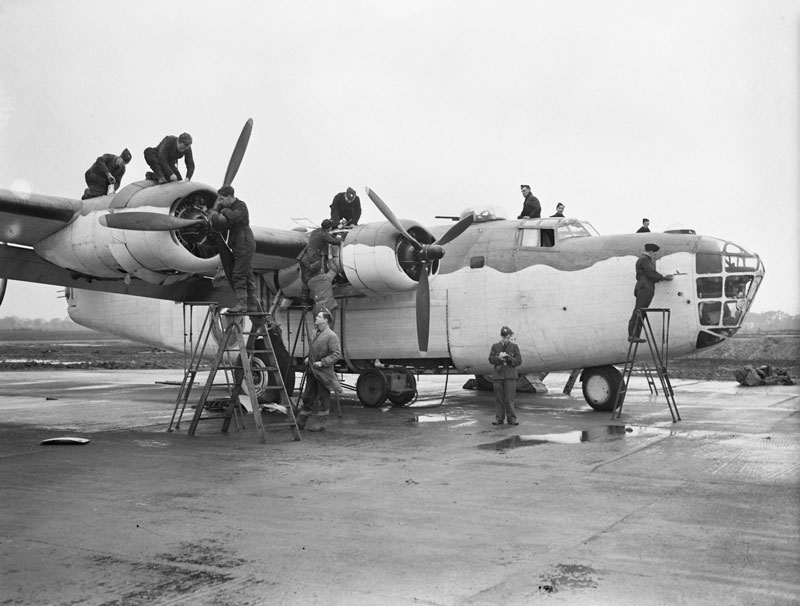 Daily inspection for a Liberator III at RAF Beaulieu in Hampshire, England on December 1942.
Wikimedia
Banff Strike Wing spent the end of the war scouring the Norweigan coastline for German ships and convoys. Wing reconnaissance aircraft spotted German destroyer Z33 and its escorts at about 11 a.m., nestled for safety in Førde Fjord on the southwestern coast of Norway.

Three hours later, the wing was part of a strike force of four dozen aircraft, including nearly two dozen Beaufighters, a dozen Mustang fighters and air/sea rescue aircraft, heading for the fiord.

A third blazing plane crash-landed on the ice.

Two Beaufighter spotters flew ahead of the main force and found the ships had moved from their earlier position. They began searching the 36-kilometre fiord from its far end. But they were spotted; German fighters scrambled. 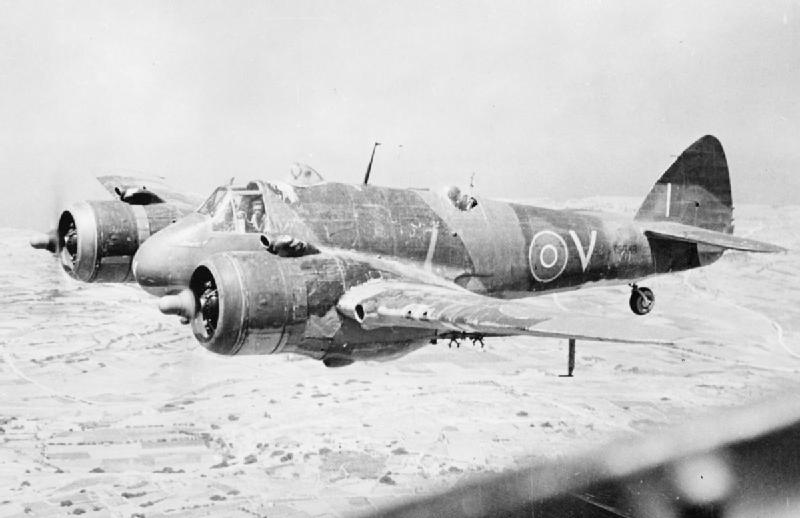 An RAF Bristol Beaufighter on operations.
Wikimedia
When the main Beaufighter force arrived at the fiord’s entrance, the forewarned ships threw everything they had at the planes. The Beaufighters wheeled to renew the attack, constrained by the steep walls of the fiord.

Forced to attack single-file between the cliffs, the Beaufighters ran the gauntlet among the flak vessels positioned in the middle, a destroyer that was cozied up to the cliff on one side of the fiord and shelling from shore batteries. Then a dozen German fighter planes joined the fray.

The tail was shot off one Beaufighter, which exploded as it crashed into the ocean. Another damaged Beaufighter tried to land atop a hill but broke apart. A third blazing plane crash-landed on the ice.

Several Beaufighters hit the fiord’s walls. Aside from the 14 killed in action, some crew were taken prisoners of war, and the fate of several airmen remains unknown.

The destroyer was not destroyed.

After the battle, the British planes limped home. “They landed like a flight of wounded ducks, a number just pancaking,” said Andrew Hendrie, quoted on rcaf404squadron.art.blog. “Later in the mess I saw some of the Beaufighter aircrew with their clothing truly in ribbons.”

The recovered bodies of Allied crew were initally buried in a church cemetery in Førde but were reinterred with other Commonwealth war dead inNorway’s  Haugesund (Rossebo) Var Frelsers Cemetery. 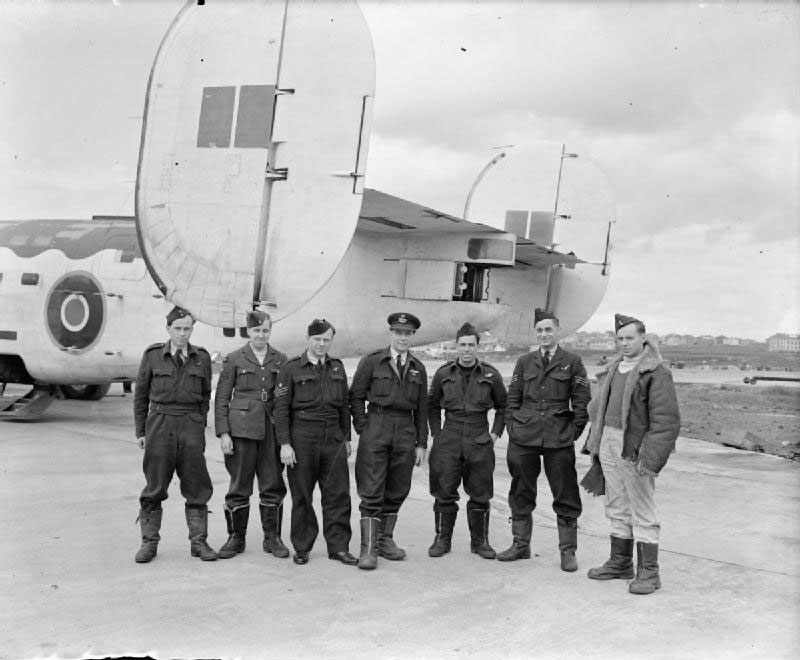 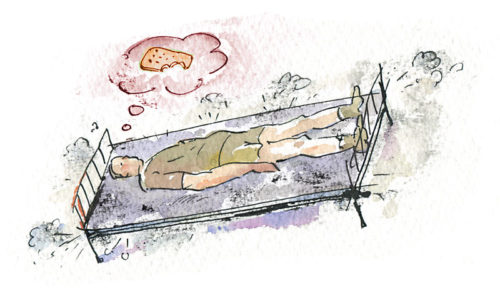 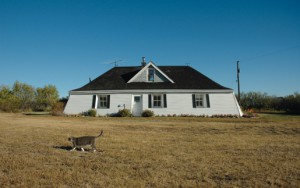 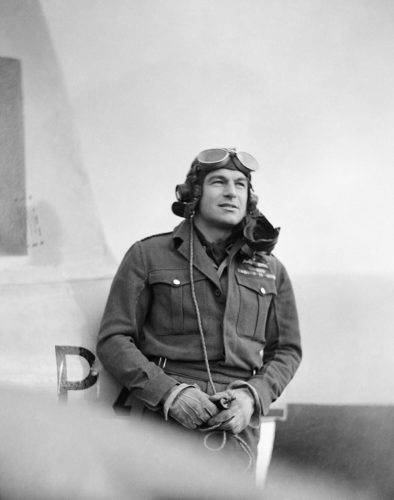