Home » Defence Today » Eye On Defence » Are we disarming? 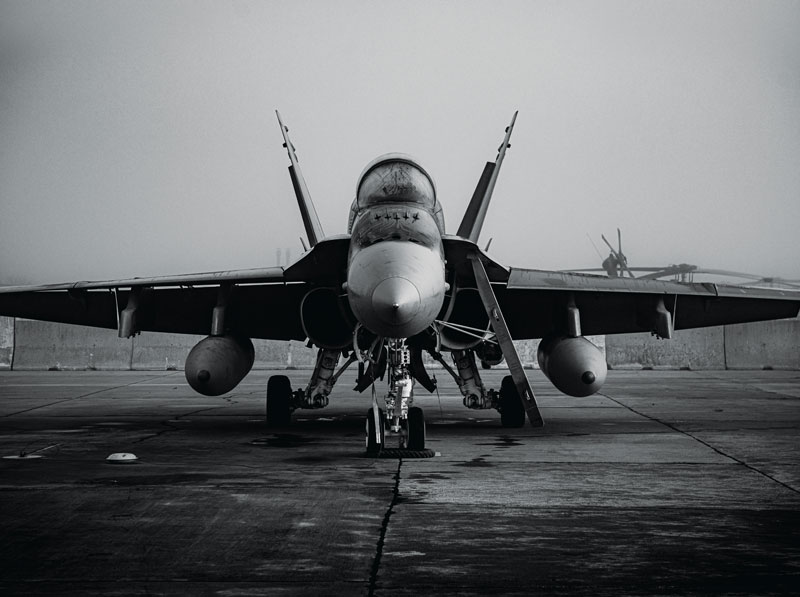 Fighter Jet
Aviator Avery Philpott/CAF/Combat Camera
Last fall, the Royal Navy offered to help Canada guard our strategic interests in the Arctic. The offer was not noticed much by Canadian newspapers focused on the COVID crisis, the federal election, the subsequent leadership manoeuvrings of our political parties and the AUKUS security pact—a new submarine-sharing agreement between the United States, United Kingdom and Australia.

But Britain’s offer—really a pity hug—should remind us that 90 years after the Statute of Westminster 1931, which brought outright independence to Canada, the British are still ready to return to Halifax and Esquimalt should we ask them.

Some Canadians complained bitterly in September when the United States and Britain agreed to help Australia acquire nuclear submarines and nuclear technology. Why weren’t we asked? Was the Five Eyes intelligence alliance now being reduced to Three Eyes? Aren’t we the most important ally to theUnited States, even though U.S. President Joe Biden bestowed that honour on Australia?

Canada has four obsolete British-built subs, obtained in the 1990s in exchange for Britain continuing to use their armoured training base at CFB Suffield. The subs have had misadventures, accidents, equipment failures and other incidents over the past two decades. It is rare when two of them can be deployed at one time, and they have no under-ice capability. The 2017 defence policy projected that these boats should be upgraded in the 2030s—to what, it doesn’t say.

We have effectively gone out of the submarine business. We are going out of the surface combatant business too. We have gone out of the auxiliary oiler replenishment ship business, replacing proper naval AORs with a commercial vessel that is not allowed in a war zone.

We are almost out of the fighter jet business, flying a fleet that mixes out-of-date CF-18s with second-hand Australian F/A-18s. Our troops still carry a sidearm that dates back to the Second World War (although replacements are due in 2022).

We have upgraded most of the LAV IIIs that we took to war in Afghanistan—they are now LAV VIs—but we have cut the size of the fleet by about a third. We are acquiring new armoured patrol vehicles, but they remain plagued by problems ranging from rollovers to fires.

We are almost out of the fighter jet business.

We are almost out of the fighter jet business.The defence establishment has not decided what to do with the Leopard tanks we acquired from Germany and Holland when we were in Afghanistan.And the list goes on. Canada has been essentially disarming itself for most of the past decade.

In defence spending, Canada stood only 13th among the top 15 countries in 2020, dedicating 1.4 per cent of our gross domestic product to it. With only a quarter of our population and a quarter percent of our land area, Israel spent 5.6 per cent of its GDP on defence. It can certainly be argued that Australia and Israel live in dangerous neighbourhoods and Canada does not.

That was what Senator Raoul Dandurand, Canada’s delegate to the League of Nations, argued in 1924 when he said we live “in a fireproof house, far from inflammable materials.” This, of course, did not save us from going to war with Germany in 1939.

Would we stand idly by if China attacked Taiwan? Would we stay neutral while China’s regime conquered 23 million people, gained unfettered access to the Central Pacific, and took control of the most productive chip manufacturing nation in the world? Would we wash our hands while China dominated the South and East China seas and the Indian Ocean—or even the Arctic Ocean? Would we sleep while Chinese nuclear submarines armed with hypersonic missiles cruised the waters of the Arctic Archipelago? If we stand by, we are fools.

A nation’s number one priority is the defence of its sovereignty, people and interests. When we disarm ourselves, we defend none of those things. No wonder the United States, Britain andAustralia pay us no mind.