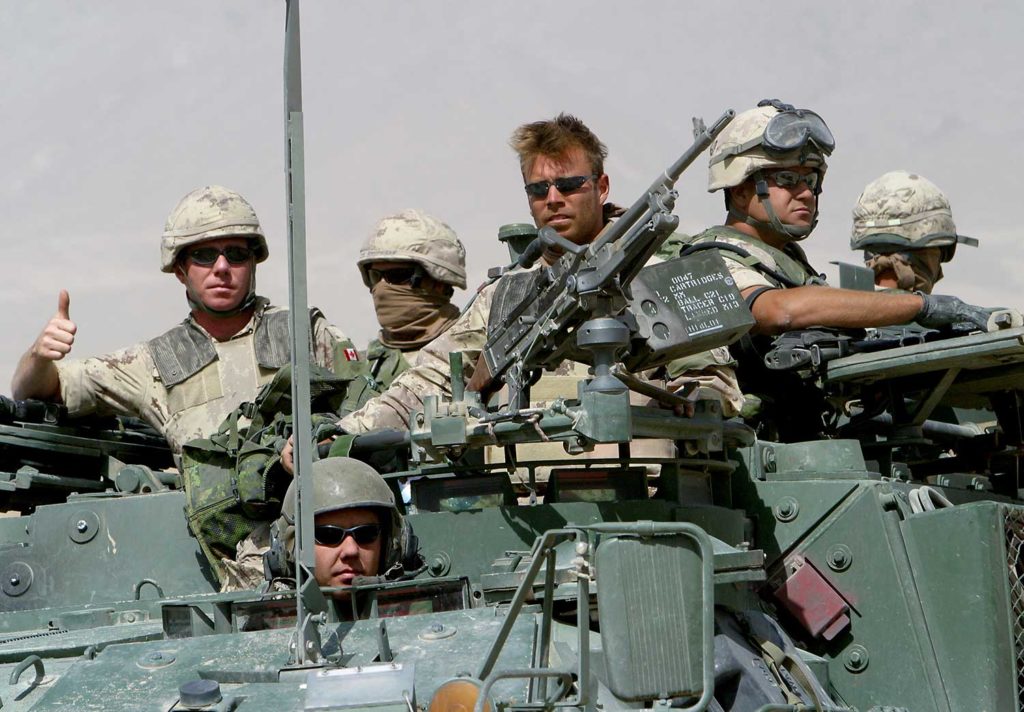 Armoured members of the 3R22R Battle Group on NATO operations northeast of Kabul in 2004.
Stephen J. Thorne
Eighteen years of alliance operations in Afghanistan were doomed by “mission creep,” as allied nations poured undue effort and resources into helping rebuild the country rather than focus on their core mission of defeating terrorism, says the head of the North Atlantic Treaty Organization.

Secretary-General Jens Stoltenberg said on Dec. 1 that NATO went into Afghanistan to prevent terrorists from continuing to use the country as an operations and training base. On that score, it succeeded—at least for now.

U.S.-led forces, including Canadians, entered the country within weeks of the 9/11 attacks in 2001, quickly establishing a foothold and driving surviving Taliban and al-Qaida forces into the mountains of neighbouring Pakistan.

Allied nations were streaming billions of dollars in aid into Afghanistan.

While coalition troops were combatting a relentless insurgency, however, they were also helping build and train a national army said to be 300,000-strong. Allied nations were streaming billions of dollars in aid into Afghanistan, helping establish democratic institutions and building roads, schools and other infrastructure. 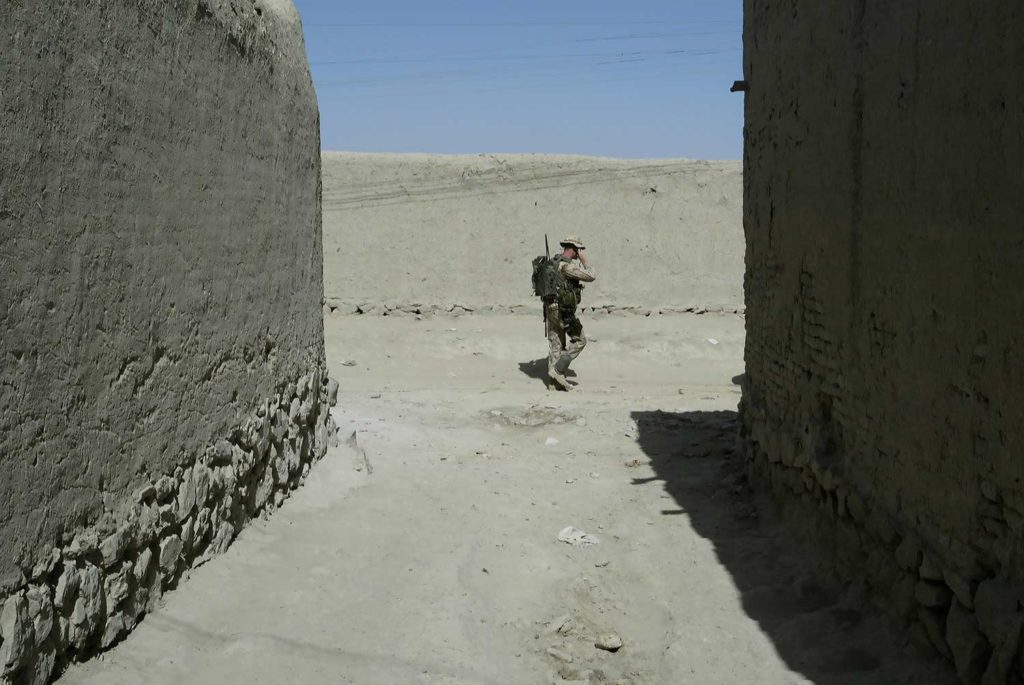 A member of the 3R22R Battle Group patrols a village outside Kabul during NATO operations in 2004.
Stephen J. Thorne
“That broader task proved much more difficult, so we must ensure that our levels of ambition remain realistic,” Stoltenberg said in Latvia after chairing a meeting in which foreign ministers discussed a report on lessons learned in Afghanistan.

Afghan army and national police were “hampered by corruption, poor leadership, and an inability to sustain their own forces,” he said. “For the future, we must ensure that NATO training efforts create more self-sustaining forces.”

The Afghan National Army quickly collapsed as the final coalition withdrawal approached and Taliban fighters advanced district-by-district, province-by-province last August. Allied nations evacuated more than 120,000 people in the frantic days after the Afghan capital fell, the vast majority of them borne by the Americans.

Canada, which ceased combat operations in 2011 and withdrew its training mission in 2014, got 3,700 people out before the emergency airlift was abandoned. Most were Canadian citizens or special visa-holders. 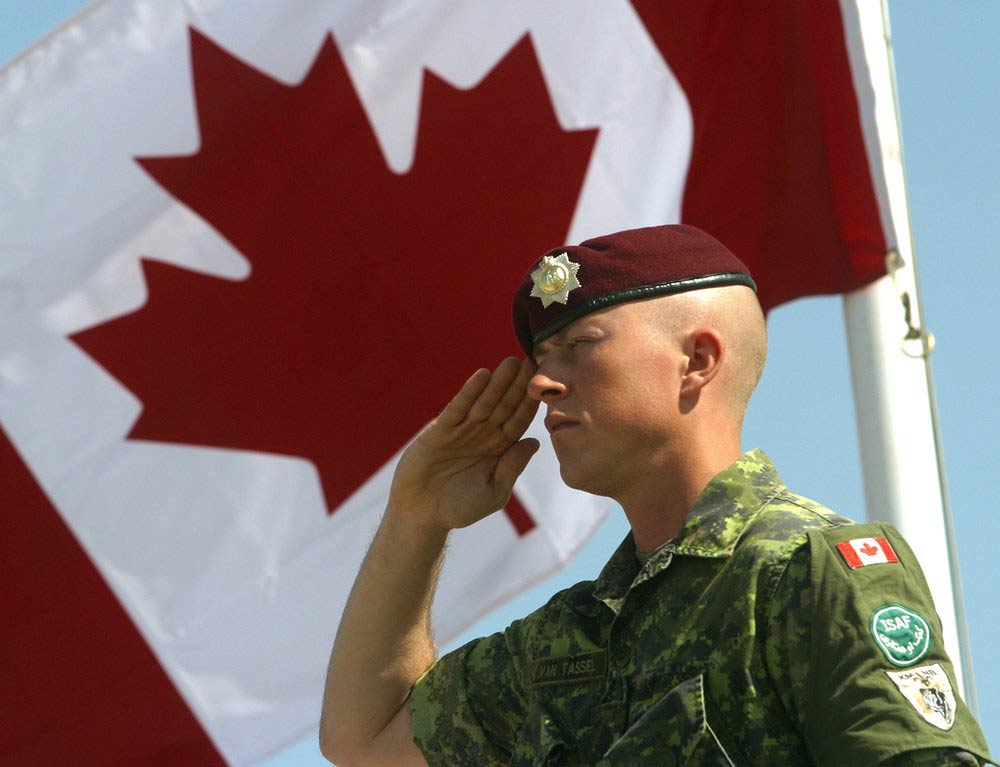 A member of the 3RCR Battle Group bids farewell to Sgt. Robert Short and Cpl. Robbie Beerenfenger—the first Canadian troops killed by enemy action in Afghanistan.
Stephen J. Thorne
A co-ordinated suicide attack by Islamic State—Khorasan Province, a Taliban enemy also known as IS-KP or ISIS-K, killed at least 182 people, including 169 Afghan civilians and 13 U.S. military personnel, in the midst of the evacuation at the Kabul airport on Aug. 26. At least 150 others were wounded.

U.S. forces launched an airstrike the next day which they claimed killed three suspected ISIS-K members in Nangarhar Province. On Aug. 29, a second U.S. drone strike took out a suspected ISIS-K vehicle in Kabul. It turned out to be an Afghan aid worker. Ten Afghan civilians were killed, including seven children.

A paper delivered during a 2020 conference at the University of Windsor in Ontario defined mission creep as “the unintended but almost inexorable tendency of military actions to broaden beyond their original scope.”

“The road to hell may indeed be paved with good intentions but that hardly means we should give up good intentions,” said The Problem of Mission Creep: Argumentation Theory Meets Military History, a paper co-authored by three experts from Oslo and one from Waterville, Maine.

“Rather, it means we should be prepared to look for exit ramps whenever we find ourselves going down that road. This sage advice is easier to give than follow, and perhaps nowhere is it more important but harder to heed than in military actions.”

Though the phrase had not yet been coined, Welsh Labour MP Aneurin Bevan famously warned against the threat of mission creep during the Suez Crisis 65 years ago. 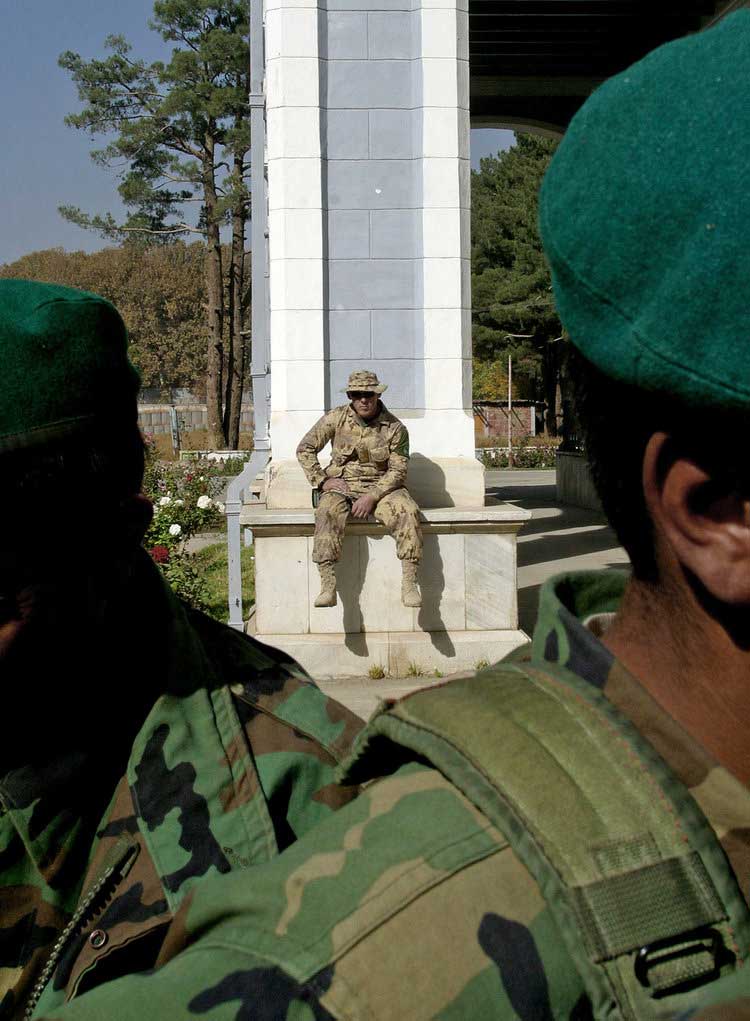 Lieut. Tim Partello of the 3RCR Battle Group watches over his trainees during NATO-sponsored Afghan National Army training in 2003.
Stephen J. Thorne
“I have been looking through the various objectives and reasons that the government have given to the House of Commons for making war on Egypt, and it really is desirable that when a nation makes war upon another nation it should be quite clear why it does so,” Bevan said in a December 1956 address to the British parliament. “It should not keep changing the reasons as time goes on.”

Delivering what The Guardian newspaper named one of the 14 greatest speeches of the 20th century, he told fellow MPs that “there is, in fact, no correspondence whatsoever between the reasons given today and the reasons set out by the prime minister at the beginning. The reasons have changed all the time.”

It was almost two decades before “mission creep” would enter the lexicon.

With oil shipments through the Suez Canal hanging in the balance, a devastating war was ultimately avoided after Lester B. Pearson, Canada’s external affairs minister at the time, spearheaded development and deployment of the first large-scale United Nations peacekeeping force.

The future prime minister was awarded the Nobel Peace Prize for his role in de-escalating the crisis.

It was almost two decades before “mission creep” would enter the lexicon, long after successive American presidents turned a small-scale advisory mission in Vietnam into what, until Afghanistan, was the country’s longest war—resulting in more than 58,000 American deaths and nearly 304,000 wounded.

The phrase itself is believed to have first appeared in 1993 articles by the Washington Post and New York Times about the Somali Civil War. Outside intervention in the East African conflict began as a U.S. humanitarian relief operation. It evolved into an infamous UN mission that ended after the successive deaths of 23 Pakistani peacekeepers and 18 American troops.

Questions surrounding the NATO coalition’s escalating involvement in Afghanistan began soon after a surge in fighting in 2006, if not before.

“Has NATO, the world’s most powerful military alliance that saw off the Soviet threat and brought two Balkan wars to an end, bitten off more than it can chew in trying to pacify lawless Afghanistan?” Gareth Harding wrote for United Press International in February 2006.

The somewhat rhetorical question came after the Kabul-based alliance opted to fan out into the unstable south, where American-led forces based in Kandahar had their hands full fighting an increasingly aggressive enemy. The decision boosted the number of NATO soldiers in Afghanistan from 9,000 to 15,000. 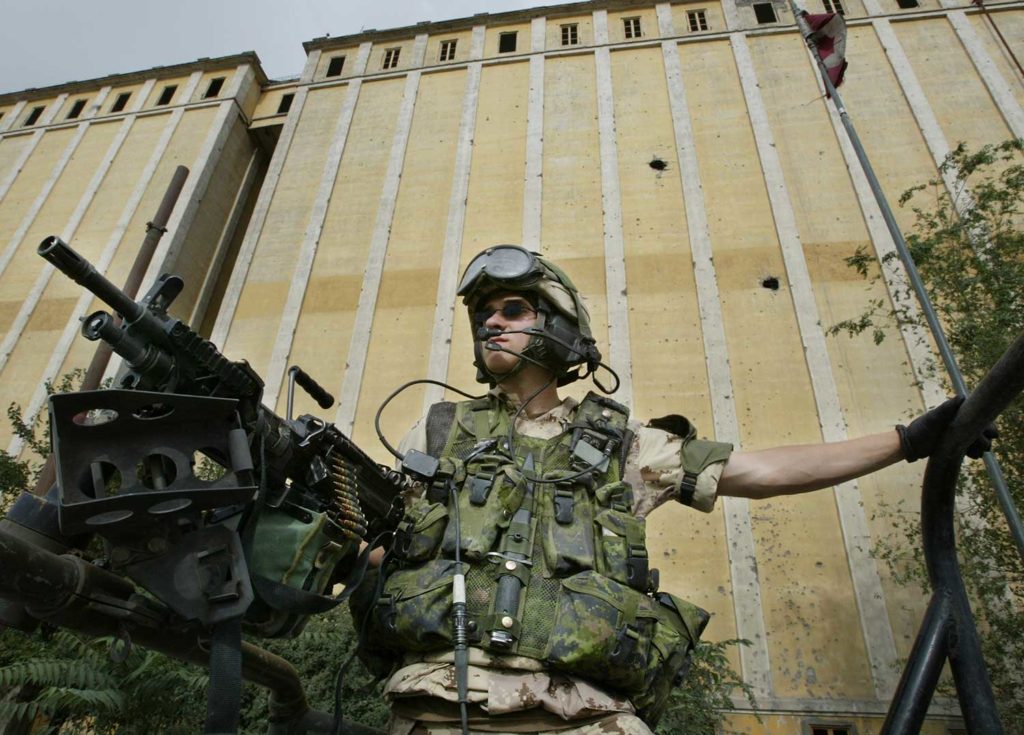 A Canadian soldier on NATO operations alongside a Kabul bakery, its façade pocked by battle damage.
Stephen J. Thorne
“Despite strenuous denials from alliance chiefs,” Harding wrote, “a growing number of military experts believe the bloc is sleepwalking to disaster in the mountains of the Hindu Kush.”

A Dutch Liberal party spokesman said at the time the mission was “doomed to fail. It is a reconstruction mission in a war zone and we don’t think that will work.”

“What started as a clever political sidestep to allow the Europeans to make up with Washington without going to Iraq now seems a lot less clever,” Michael Clarke, a defence studies professor at King’s College London, wrote for a 2006 edition of Time Magazine. “It may end up doing more harm than good—and leave the alliance looking, once again, for a viable reason to exist.”

Details of December’s NATO report on mission creep were not immediately released, though Stoltenberg promised to make its “main findings” public.

An award-winning journalist, editor and photographer. He has reported on the downfall of South African apartheid and from war fronts in Kosovo and Afghanistan.
All Posts
PrevPrevious ArticleNew website documents over 150 years of Black military service in Canada
Next ArticleHirohito backed U.S. war months before Pearl Harbor attack, says aide’s diaryNext