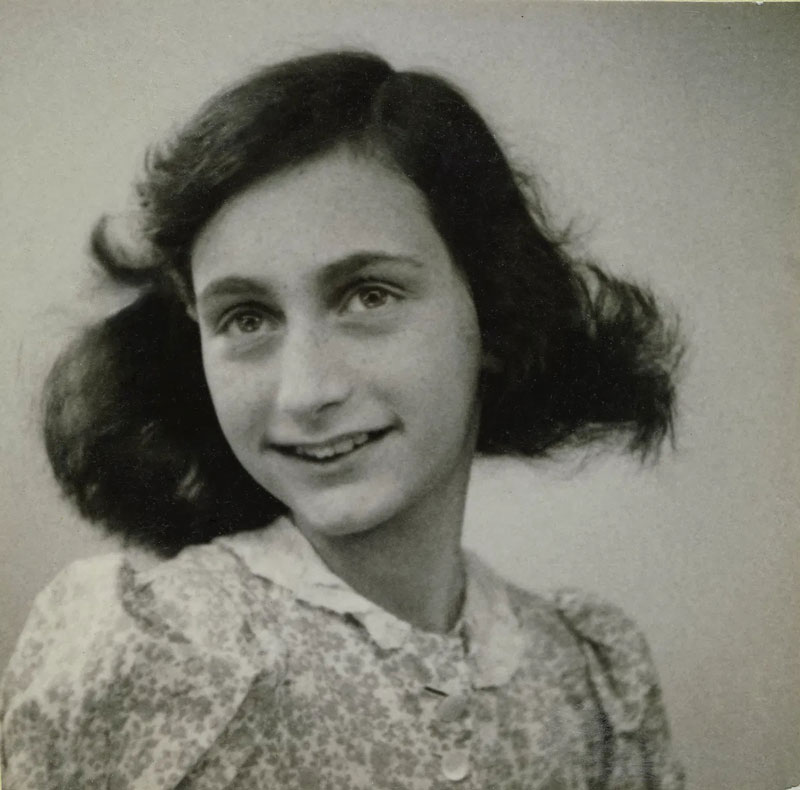 Anne Frank’s first entry into that famous diary came on her 13th birthday in June 1942.

“I hope I shall be able to confide in you completely, as I have never been able to do in anyone before, and I hope that you will be a great support and comfort to me.”

Her diary would eventually provide comfort and illumination for millions. In the two years she hid in the annex in Amsterdam with her parents, her sister Margot and four others, she filled notebooks with her thoughts, fears and feelings.

She wanted to be a writer or journalist. In March 1944, the Dutch government-in-exile in London broadcast a request for all Dutch people to keep a record of life under German occupation. It gave Anne the idea that her diary might be published, and she began to edit her notebooks, getting a manuscript ready. Her last entry was Aug. 1, 1944.

“I hear the ever approaching thunder, which will destroy us too, I can feel the sufferings of millions and yet, if I look up into the heavens, I think it will all come right, that this cruelty too will end, and that peace and tranquility will return again.”

Three days later, Nazi soldiers who had received a tip discovered the secret annex where she was living. They arrested the group and stole the silverware but left Anne’s diary behind. She and Margot died of typhus in the Bergen-Belsen concentration camp in February or March 1945 and were buried in a mass grave. The British liberated the camp only a few weeks later. Their mother died of starvation in Auschwitz.

“The Anne that appeared before me,” he noted, “was very different from the daughter I had lost.”

Only their father, Otto, survived the ordeal. He was given Anne’s five notebooks and 300 pages of loose notes by Miep Gies, one of the Dutch civilians who had sheltered them. At first, he couldn’t bear to read them. When he finally did, he was surprised by what he found there.

“The Anne that appeared before me,” he noted, “was very different from the daughter I had lost. I had had no idea of the depths of her thoughts and feelings.”

Otto was able to find a publisher for Anne’s diary, fulfilling her dream. It first appeared in Dutch, in 1947 as The Secret Annex, and was published in English in 1952 as The Diary of Anne Frank. It was eventually translated into 70 languages, selling 30 million copies.

Anne’s words still resonate almost 80 years later. “Anne Frank—A History for Today” is a touring exhibit on Anne’s life created by the Anne Frank House in Amsterdam. It was seen in the Canadian War Museum in Ottawa and toured the country. As well as the exhibit, an educational program toured schools in Europe and North America, promoting tolerance and understanding.

From her window in the secret annex, Anne could see a chestnut tree, one of her few links to nature or the outside world. In 2010, a sapling from that tree was planted at the Montreal Holocaust Museum, where it continues to grow