The ties that bind 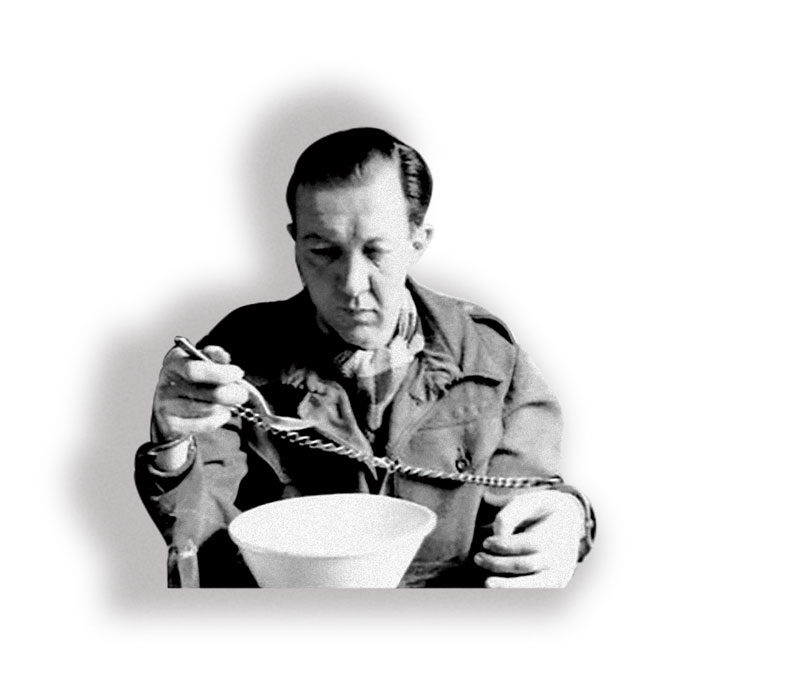 When Canadians hit the beaches at Dieppe in August 1942, they were ordered to prevent any German prisoners they
captured from destroying evidence.

“We had orders to bind our prisoners. Not bind their feet or hands, but just bind their two thumbs with a cord and then put their hands behind their backs, and loop the cord around the neck,” said Roland Gravel, a gunner with the Fusiliers Mont-Royal.

Instead, Gravel and 1,945 other Canadians were themselves taken prisoner during the raid. The Germans found their detainment orders, too.

They demanded an apology from Britain and a promise never to bind prisoners again. Britain refused and ordered shackling of German prisoners. Germany said there would be reprisals.

On Oct. 8, 1942, the Dieppe prisoners in Stalag VIIIB, near the Polish town of Łambinowice, were called out in small groups. “Canadian prisoners were tied up with rope as a reprisal,” reads an entry in the diary of prisoner of war Bert Moody, of the Queen’s Own Cameron Highlanders. 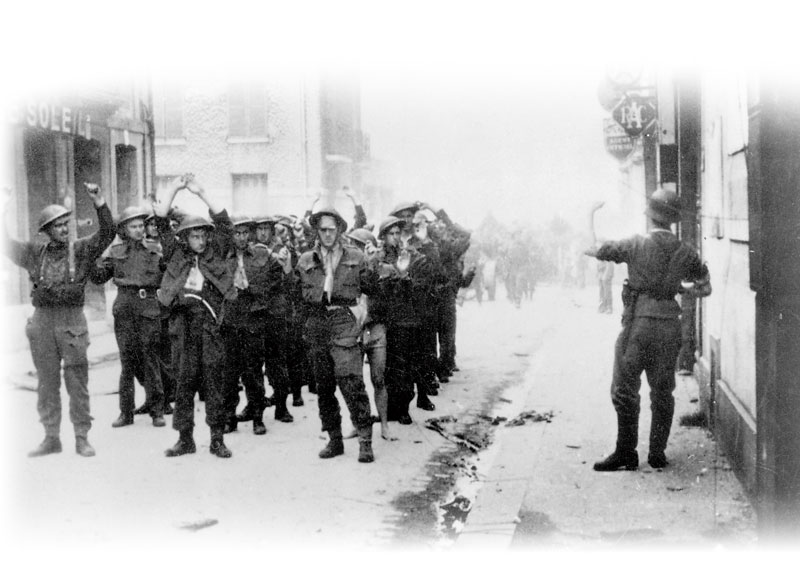 Canadian soldiers are led through Dieppe after they were captured.
LAC/C-014171

The cords were removed only at night. Hands securely fastened together made eating and going to the latrine difficult.

After a few months, the ropes were causing sores on the men’s wrists, who subsequently filed complaints to the Red Cross.

“Ropes replaced by chains,” wrote Moody on Dec. 2 in his diary, which was reproduced by several local media outlets in southern B.C. in 2021. The
handcuffs were connected by a 44.5-centimetre-long chain, which was an improvement. 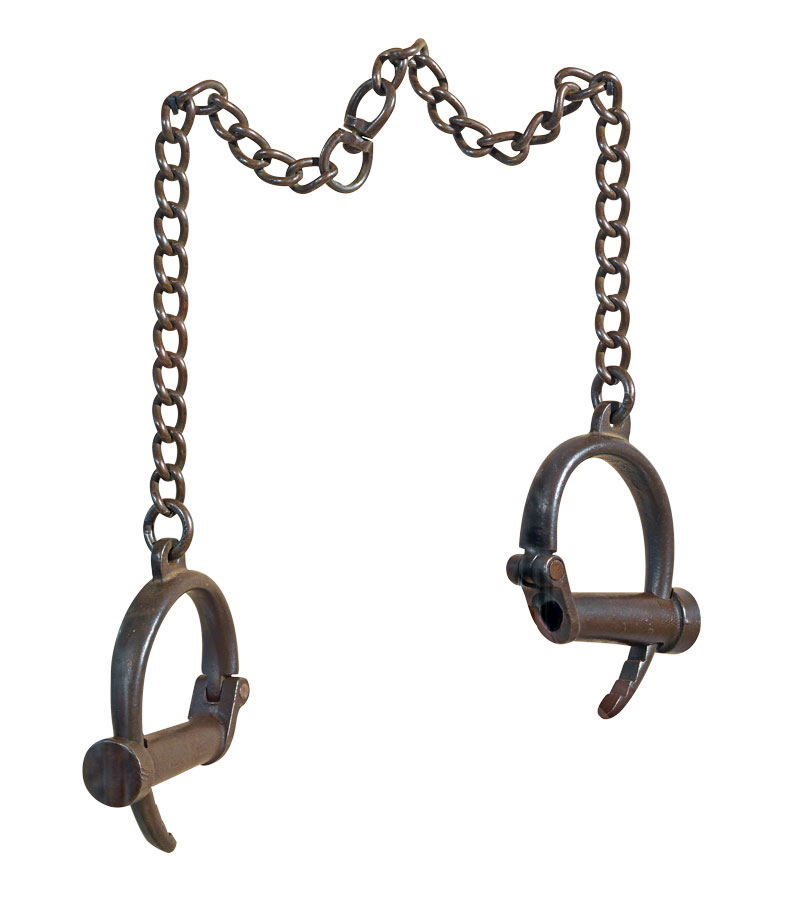 “Our wrists got ulcerated with sores from the rope burns.”—Trooper Forbes Morton

Guards on both sides of the Atlantic were unenthusiastic about the restraints. Canadian guards dropped keys so that PoWs could remove the shackles between roll calls. Some German guards collected the shackles in a box and “guys would just root through and pick out their chains and chain themselves up,” reported Canadian PoW Sergeant Thomas Cunningham.

By that time, wily Canadians had learned they could fashion keys from tins of New Brunswick sardines to release the cuffs.

“You’d pick the lock, put the cuffs in your pockets with the chain across the front of you,” recalled Trooper Fred Tanner. “When you saw a German coming, you’d just slip your hands in your pockets and it would look like you were still chained.”

Canadian public opinion, meanwhile, was against shackling of German PoWs. They were afraid it could jeopardize their detained men in Europe.

By mid-December 1942, Britain and Canada stopped shackling. But the Germans initially did not, still holding out for an apology and reluctant to back down.

Eventually the Germans adopted a Red Cross suggestion: they could just stop using the shackles and save face by not announcing it. They stopped the practice on Dec. 2, 1943.

By that time, Canadian PoWs had been shackled for more than a year. 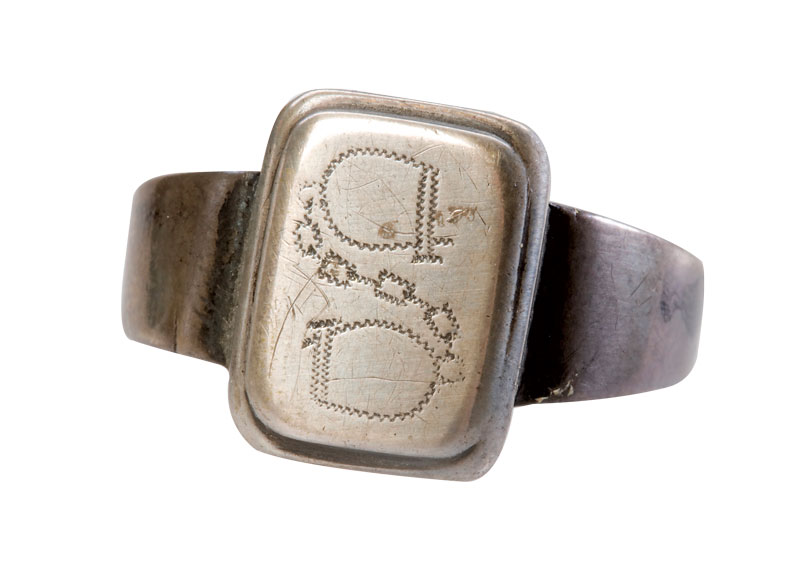 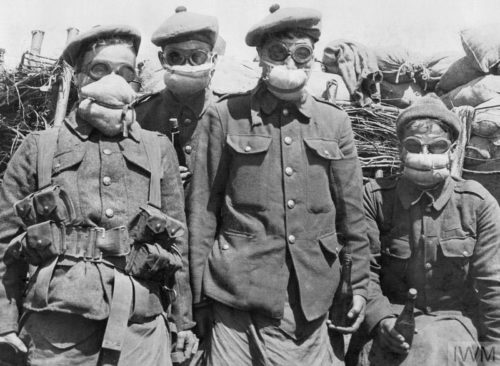 PrevPrevious ArticleSaviour of Ceylon
Next ArticleUnfit for action overseas during WW I, Albert Goodwin fought at home for workers’ rightsNext