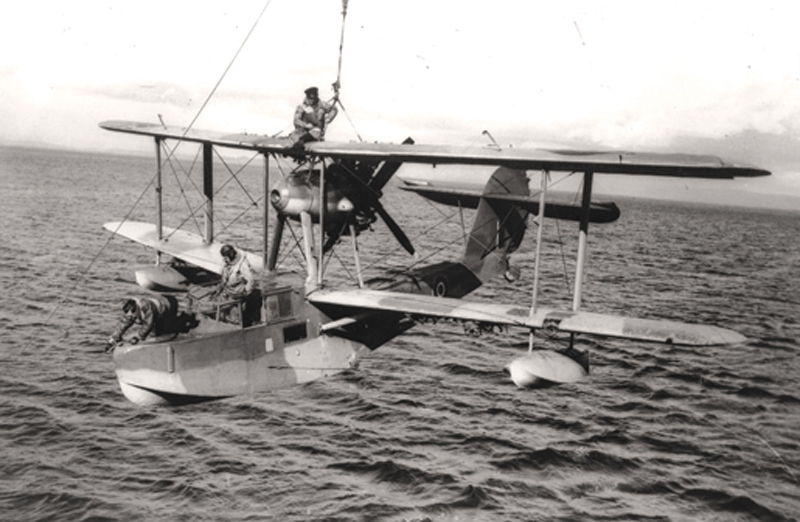 Air and sea rescue specialists practice wartime aircraft recovery with a Submarine Walrus, a plane similar to the one Flight Lieutenant John A. Spence used to rescue a pilot in June 1943.
Library and Archives Canada- PA116626
On June 16, 1943, Nazi aircraft downed a British Typhoon in the Strait of Dover, off Cap Gris-Nez in France.

Flight Lieutenant John A. Spence of Guelph, Ont., was sent to the rescue in his Walrus aircraft.

Spence had joined No. 277 Squadron two years earlier. He was an experienced pilot with 73 sorties in Lysander and Defiant aircraft.

He had been awarded the Distinguished Flying Cross after he was attacked by a German fighter during a rescue in December 1942.

That sortie had taken him to within five miles of Le Tréport, France, where he landed and picked up a Canadian pilot who had been shot down three hours earlier, notes his citation. He then took off and returned safely to base.

“The visibility was deteriorating fast,” said Spence’s citation, “but he succeeded in a rescue which typified the skill, courage and resourcefulness invariably exhibited by this officer.”

He would need all three traits for the June 1943 mission.

“There was a heavy sea running when I put her down in the water,” Spence told Wingsabroad, the Royal Candian Air Force newspaper.

“Finally we managed by my leaving the controls and going back and helping my gunner haul him in.”

The rough waters made for a difficult rescue in the amphibious biplane. 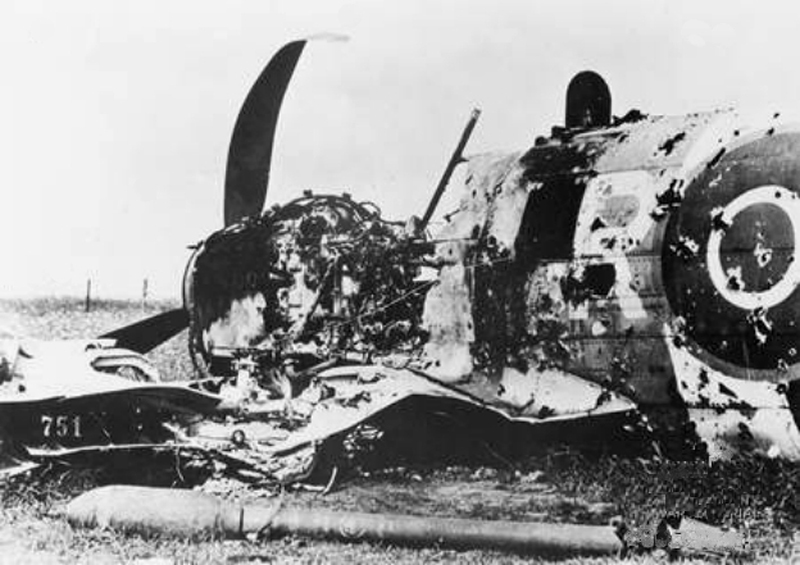 A downed Hawker Typhoon IB during the Second World War.
Australian War Memorial
“I had made six attempts to get that Typhoon pilot aboard,” said Spence. “Finally, we managed by my leaving the controls and going back and helping my gunner haul him in.”

“It was so rough my windscreen was under water part of the time.”

The seas were too heavy for takeoff, so Spence decided to taxi his aircraft back to Dover. “It was so rough that my windscreen was under water part of the time,” said Spence of the trip.

The waves were breaking over the top of his cabin, too, so he couldn’t see much. Unbeknownst to him, he had been targeted by a pack of about 20 Focke-Wulf aircraft, which were being kept at bay by four Royal Air Force Spitfires in a dogfight.

Not one of the German planes got within shooting range, however. The Spitfires downed two of them. Two Spitfires were also lost, too, but one of the pilots was saved.

After reaching shore in Dover, Spence was questioned about the aerial exchange during his journey.

“What dogfight?” he asked.

It was his worst mission, he said in newspaper interviews after his return to Canada.

“When you see a chap floating down there in the water and know that if something isn’t done about it, he will drown before your eyes, you can’t go off and leave him. Anybody would have done it,” he said in an interview with the Guelph Mercury.

“At times I didn’t think I was going to make it. Every time I opened the window for air, I would get a mouthful of salt water. My plane was half submerged all the time.

“I’ll tell you this, I discovered I don’t like sailing.”

Spence was decorated with the bar to his Distinguished Flying Cross by King George VI at Buckingham Palace in July 1943.