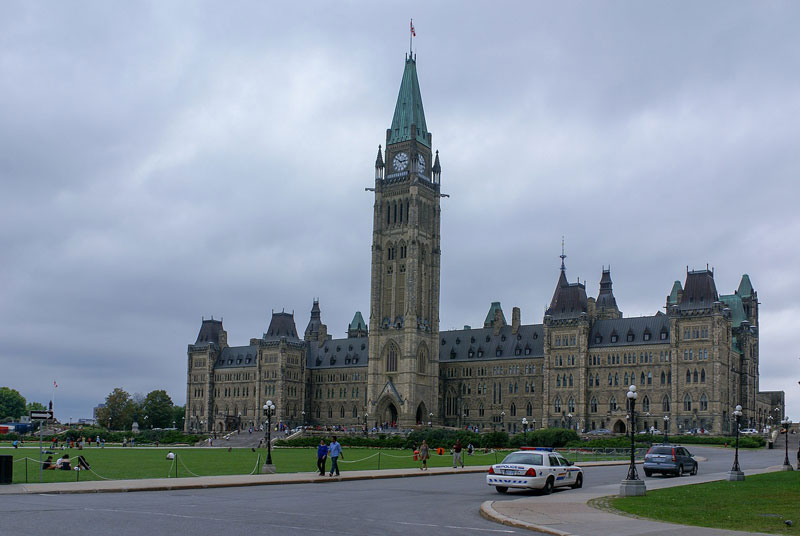 Ottawa’s Parliament Hill.
Matti Blume/Wikimedia
On May 18, 1966, a lone man left the public galleries of the House of Commons during a debate and went to the men’s washroom on the third floor. Then he lit the fuse on a dynamite bomb.

But Paul Joseph Chartier had miscalculated exactly how long it would take the wick to burn. Instead of his likely intended victims—politicians on the floor of the House—the 44-year-old accidentally blew himself up.

A note was found in his pocket, beginning with “When I am president of Canada….” He had written a 23-page letter to the Edmonton Journal saying that, before becoming president, he intended to kill as many members of Parliament as possible. Weeks earlier, he had written to the clerk of the House asking to address MPs from the floor; he was turned down.

He had lived in a rooming house in Toronto, where police found more dynamite in his room along with additional writings.

“Mr. Speaker, gentlemen,” he wrote, “I might as well give you a blast to wake you up.”

Investigators found he had blamed the federal government for his woes. He had worked as a hotelier in Alberta, as a miner, a private detective, a dry-cleaner and a truck driver. He dreamed of a recording career. After his divorce, he had had to declare bankruptcy and sell his truck.

“I blame Parliament for divorces, separations, suicides and a lot of people are in jail not being able to make a living,” he wrote.

“For all of one year I have planned this. Do you people know what I came to Ottawa for, was to drop a bomb and kill as many as possible for the rotten way you are running this country.” 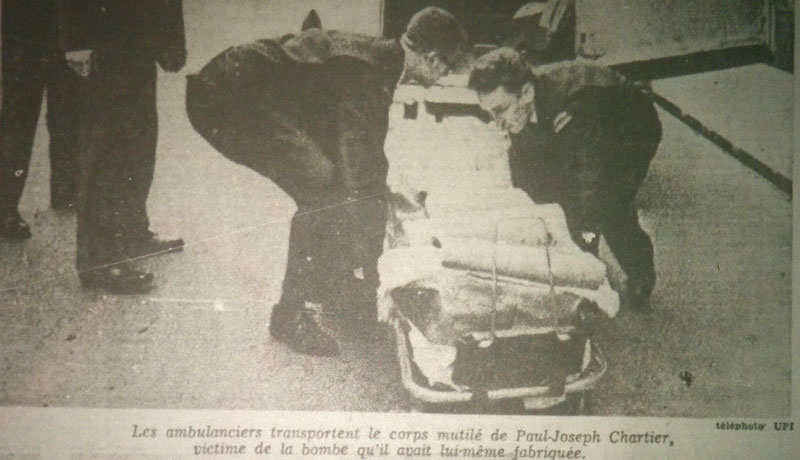 Paramedics pick up the body of Paul Joseph Chartier after his failed attack.
nwilkins.wordpress.com/UPI
He seemingly did not expect to survive.

“Mr. Speaker, gentlemen,” he wrote, “I might as well give you a blast to wake you up.”

Chartier bought 10 sticks of dynamite, fuse and detonators in Newmarket, Ont. He asked a clerk how long the fuse would burn and was told 60 seconds per foot. But the clerk was wrong. It took only 40 seconds per foot. Chartier had also miscalculated the length of fuse needed. 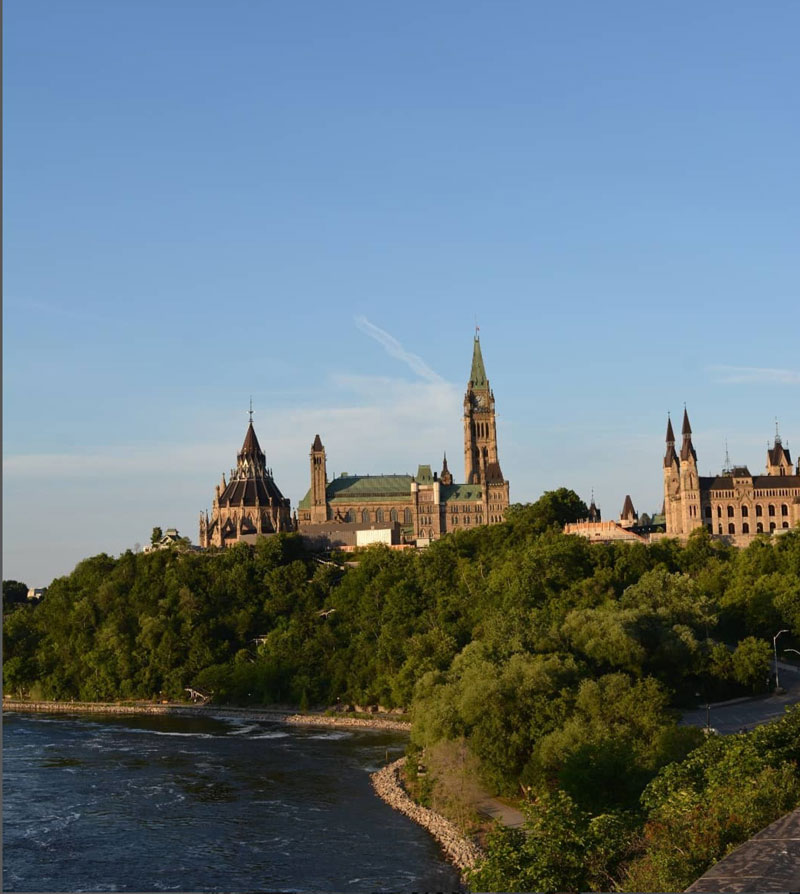 Parliament Hill in the spring.
Mauricio Dimate
After the event, security was beefed up in the Parliament Buildings. Special training was arranged for security staff and their numbers were augmented. Patrols of the Centre Block increased. Visitors to the public gallery had their parcels checked, and employees started wearing photo identification badges.

More modern measures include a ban on parking on Parliament Hill and protected airspace overhead as well as screening of visitors using metal detectors and X-ray scans of baggage.