Inuit eyes on the North 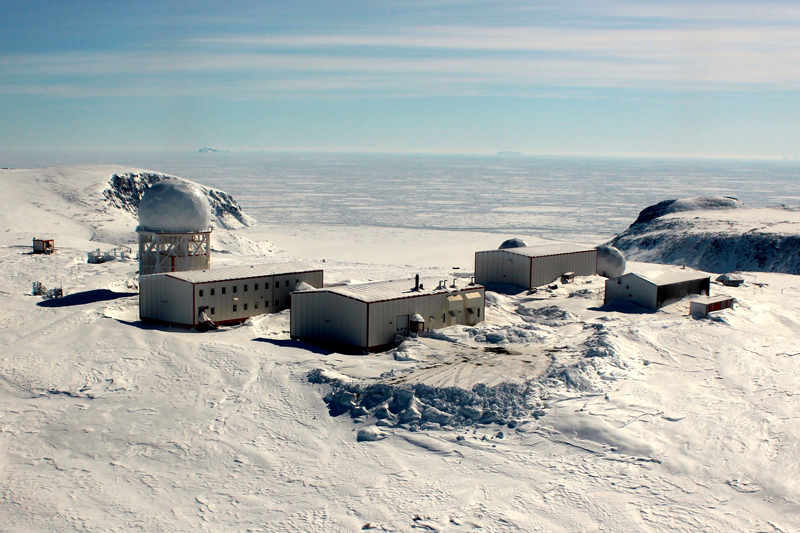 An Inuit-owned company has been awarded a seven-year contract to operate and maintain North America’s early-warning radar system in the Canadian Arctic, placing the security and sovereignty of the northern expanse squarely in the hands of its traditional peoples.

The $592-million contract for the operation and upkeep of the North Warning System (NWS) went to Nasittuq Corp. The Iqaluit-based company takes over from Raytheon Technologies at a particularly sensitive time for Arctic sovereignty and management.

“One of the strongest arguments to demonstrate that the Arctic is within Canadian jurisdiction is the fact that you have people living there and those people are the Inuit,” Clint Davis, the Inuk CEO of Nunasi Corp., a Nasittuq shareholder, told Legion Magazine.

“The Inuit are the eyes of Canada in the Arctic. And we’ve been living there for thousands of years. I think it’s rather appropriate that you actually have the people who’ve lived there the longest actively involved in operating, maintaining and managing these systems that are there to provide defence for North America.”

The 37-year-old NWS is a network of dozens of remotely operated radar stations strung 5,000 kilometres along the rim of the Arctic Ocean from Baffin Island and along the Bering Sea to southwestern Alaska’s Aleutian Islands. Nasittuq is responsible for 47 of the stations in Canada.

They are the eyes and ears of the continent’s northern gateway, and the Russian military is regularly testing their effectiveness. Moscow often dispatches Cold War-era bombers over the pole to the edge of Canadian and U.S. airspace, where North American Aerospace Defense Command (Norad) aircraft inevitably turn them back.

Russia has the largest presence of any of the six nations bordering the Arctic Ocean, with some two million Arctic residents—half of all people living above the treeline. Its Northern Fleet is the largest of its four naval fleets, and its military has built a chain of bases along its Arctic front unlike anything before them.

These shifts under the hawkish, even hostile, regime of Russian President Vladimir Putin come as the warming effects of climate change shrink the Arctic ice season and render northern waters more navigable. Russian and American vessels periodically pass through the fabled Northwest Passage without seeking permission from Ottawa.

The vast Canadian Arctic spans three territories, extends to the North Pole, and encompasses
75 per cent of the country’s coastlines and 40 per cent of its land mass.

“I think more countries are going to start getting bolder about Canada’s North,” said Davis, originally from northern Labrador. “As the Northwest Passage opens up, I think you’re going to see more traffic going through there and that traffic won’t be monitored.

“I think that does raise concerns about sovereignty and security.”

Meanwhile, plans to upgrade the NWS have been bouncing around for years.

In August 2021, U.S. Air Force General Glen VanHerck, commander of U.S. Northern Command and Norad, said the NWS was designed to detect “bombers flying at 36,000 feet that had to fly over the homeland to drop a gravity weapon.”

“Ideally, we would like to go to an advanced system—over-the-horizon radar,” VanHerck told a symposium in Washington, D.C. “The North Warning System is limited in its distance…which doesn’t allow us to see far enough out away from the homeland.”

It’s the second time Nasittuq has done the NWS job, which includes flights into some of the country’s most remote locations to service equipment. The new Nasittuq contract includes four two-year option periods for a potential total estimated value of $1.3 billion.

The Arctic is fundamental to the Canadian soul and spirit. But Davis, an honorary lieutenant-colonel to the Queen’s York Rangers, a primary reserve unit based in Toronto, says population growth and urbanization, mainly along that 300-kilometre-wide belt bordering the United States where most Canadians live, is leaving more and more people disconnected from the North.

“The world sees us as an Arctic country…. It is a part of our identity,” said Davis, who relates a story about a Torontonian who thought she had to travel to Iceland to see the northern lights. “Inuit are First Canadians and Canadians first.”

He says many, however, are “frustrated” with a host of issues largely centred around support and development, and “the lack of collaborative vision” for the North.

“I do hope that certain leaders [make] a real concerted investment in the Arctic. When you look at basic infrastructure, it doesn’t exist compared to other parts of the country. It’s time to change that.”