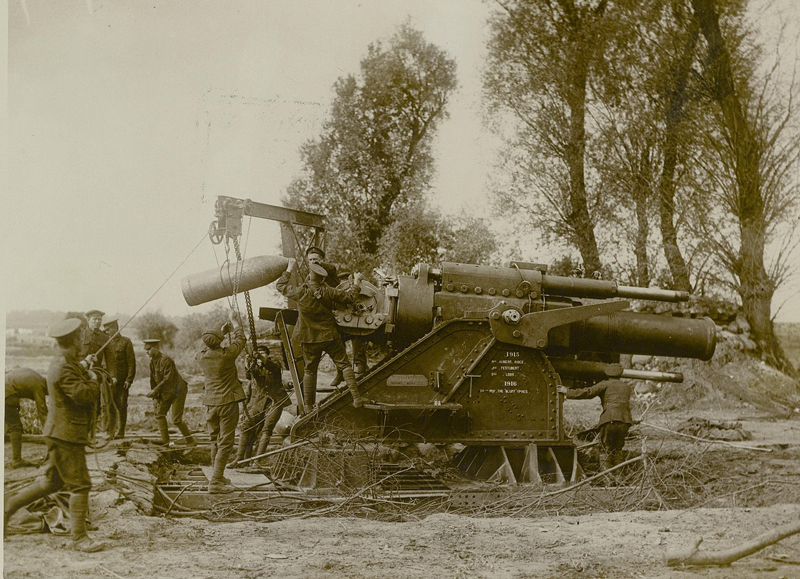 Canadians load a heavy howitzer.
National Archive/Wikimedia
In May 1915, Canadian troops entered their second major battle of the First World War, on the Western Front near Festubert in the Artois region of France.

On May 9, the British had suffered 11,000 casualties attacking nearby Neuve-Chapelle. A week later, Field Marshal Douglas Haig ordered another attack involving two Canadian brigades, hoping for a breakthrough.

The offensive was also meant to draw German divisions to the British front, depriving German lines of reinforcements in the campaign being fought by the French at Vimy Ridge.

Unlike in later battles, there were no trenches marking the German front line. The Germans had machine guns behind breastworks of sandbags. The town and battlefield were under German observation from nearby Aubers Ridge.

In the three days prior to the attack at Festubert, 400 British guns fired 100,000 shells, hoping to break through and destroy German barbed wire defences.

“The four assaulting companies were in full view of the enemy, whose machine-gun bullets swept like sleet across the open level fields.”

Despite learning that there was uncut wire covering the German position, the Canadians began their assault on May 18. Their objective was a small orchard near the village.

“The four assaulting companies, as they moved to the frontal attack, were in full view of the enemy whose machine-gun bullets swept like sleet across the open level fields…. After each rush the numbers were fewer,” wrote historian A.F. Duguid. 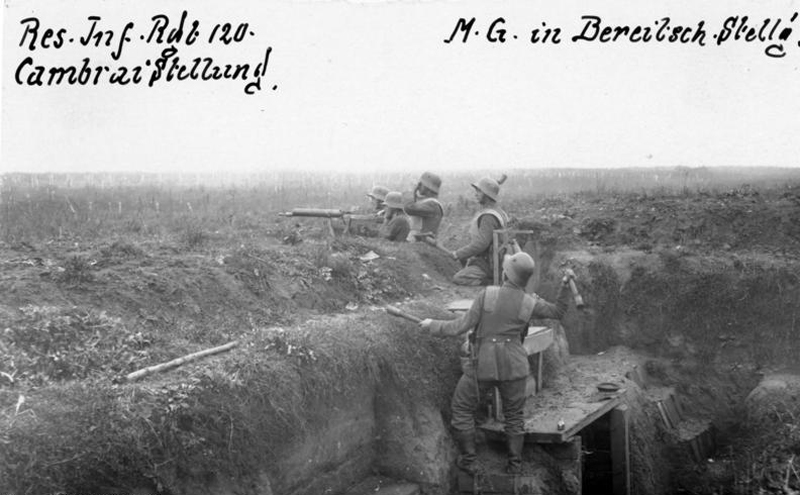 A German soldier prepares to throw a hand grenade from his position alongside a machine-gun squad near Cambrai.
German Federal Archive/Wikimedia
Ill prepared, with inaccurate maps and poor artillery support, the infantry was easy fodder for German machine-gun fire.

Launched by Canadians of the 3rd and 4th battalions, the attack “did break into the German line, but they were cut off and killed or taken prisoner,” wrote historian Norm Christie in Other Canadian Battlefields of the Great War.

Meanwhile, the 5th and 7th battalions assaulted the southern position, suffering heavy losses with little gain. “The next day, dismounted Canadian Cavalry of the Lord Strathcona’s Horse made an attempt to take a bit more of the south breastwork, but were unable to push the line forward,” noted Christie.

During the battle, the orchard was captured, as was the village, which the British held until the German spring offensive of 1918.

But the effort had advanced the front less than a kilometre at the cost of 16,000 casualties, nearly 2,500 of them Canadian. 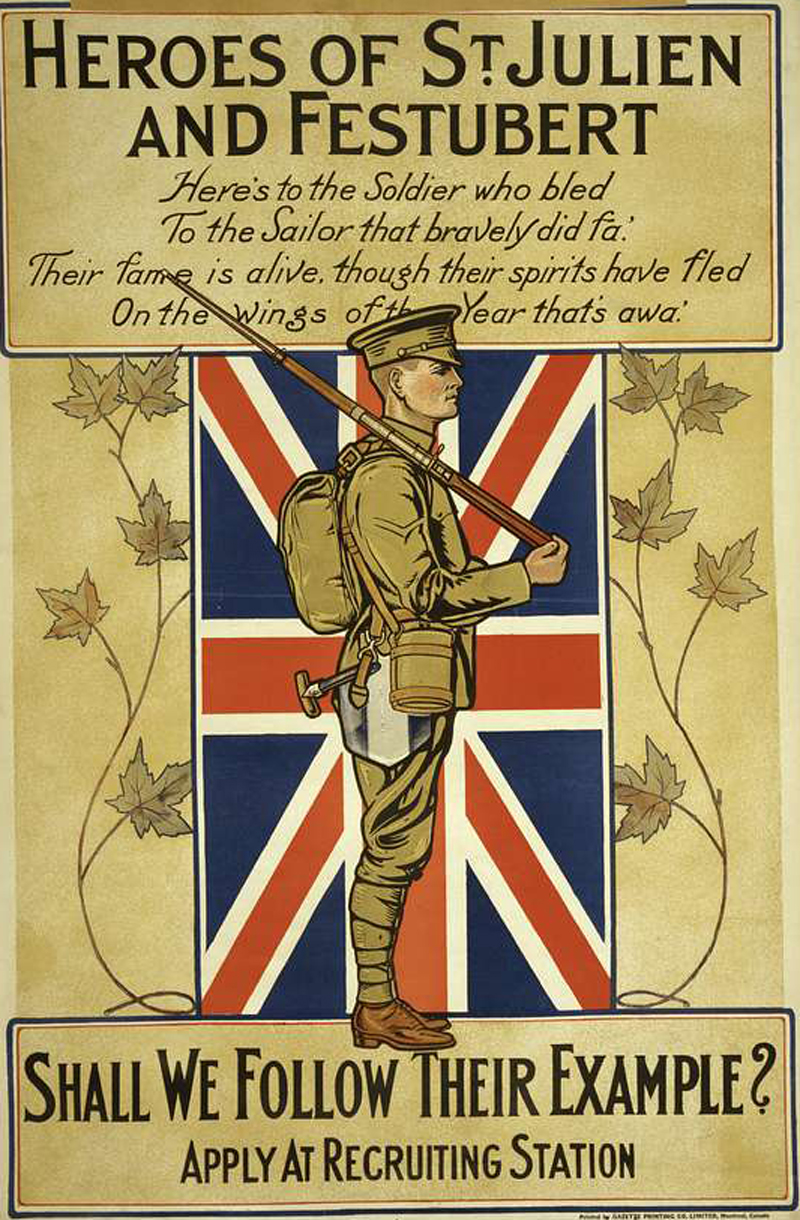 A recruitment poster cites the sacrifices at St. Julien and Festubert.
picryl.com
Lance Corporal Raulin Amy Jr., 21, of Quebec City, was the last to be killed in the battle.

“This man was instantly killed at Festubert on the night of May 31, 1915 by a shell which exploded in his trench. He was buried in the part of the line known as the Orchard.”

Amy’s name is on the Canadian National Vimy Memorial. It is not known if his body was every recovered, said the website.

PrevPrevious ArticleThe Parliament bombing of 1966
Next ArticleWarfighting at Mont SorrelNext