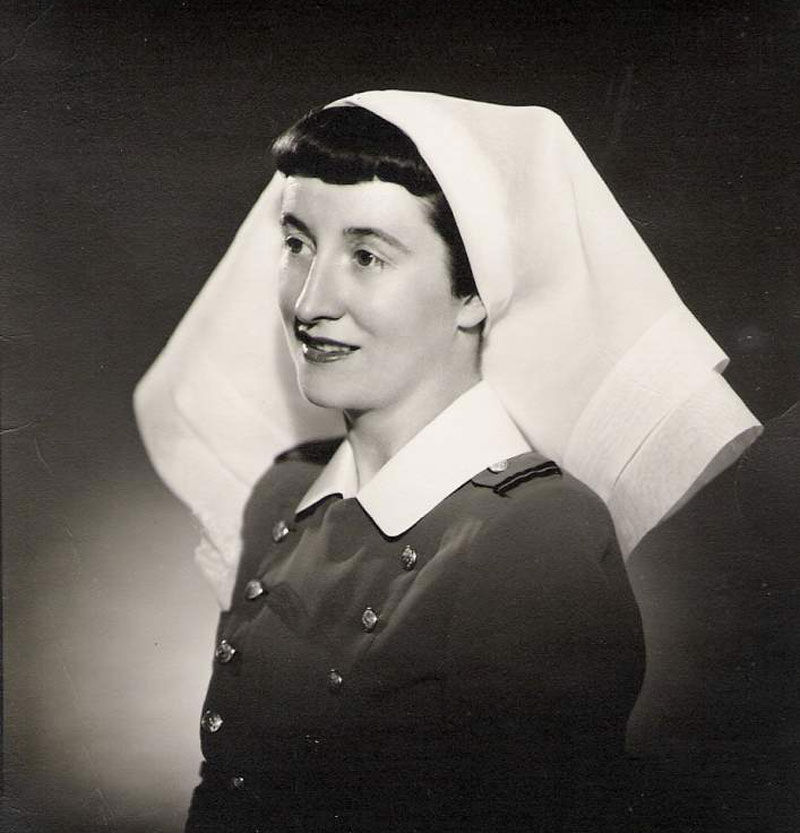 Grace MacEachern as a nursing sister.
MacEachern Family Archive
It 1951, the Royal Canadian Air Force decided to include medical personnel in pararescue units.

They took an 11-week wilderness survival course, then gruelling parachute training; one nurse was forced to drop out after breaking her leg.

“We were treated the same as the boys. We were close. You would eat, sleep, work with them 24 hours a day,” trainee Marjory Fulton said in a 2009 article for the Contact newspaper.

“My harness was a little large for me—I slipped out of it and found myself hanging upside down by one leg.”

At first, they even wore men’s equipment and flight suits.

Pilot Officer Grace MacEachern was the first woman to take part in an operation, a mission to rescue a geologist on Coquitlam Mountain, B.C.

She landed in a tree.

“I became entangled in branches about [38 metres] above ground, and because my harness was a little large for me, I slipped out of it and found myself hanging upside down by one leg!” said MacEachern, quoted in James Pierotti’s Becoming a No-Fail Mission: The Origins of Search and Rescue in Canada.

“I then gradually eased myself out of my awkward position. With the aid of a [30 metre] length of nylon rope, carried for this purpose, I began the slow descent to the ground.” The rope was not long enough, so it took her about two hours to get down. 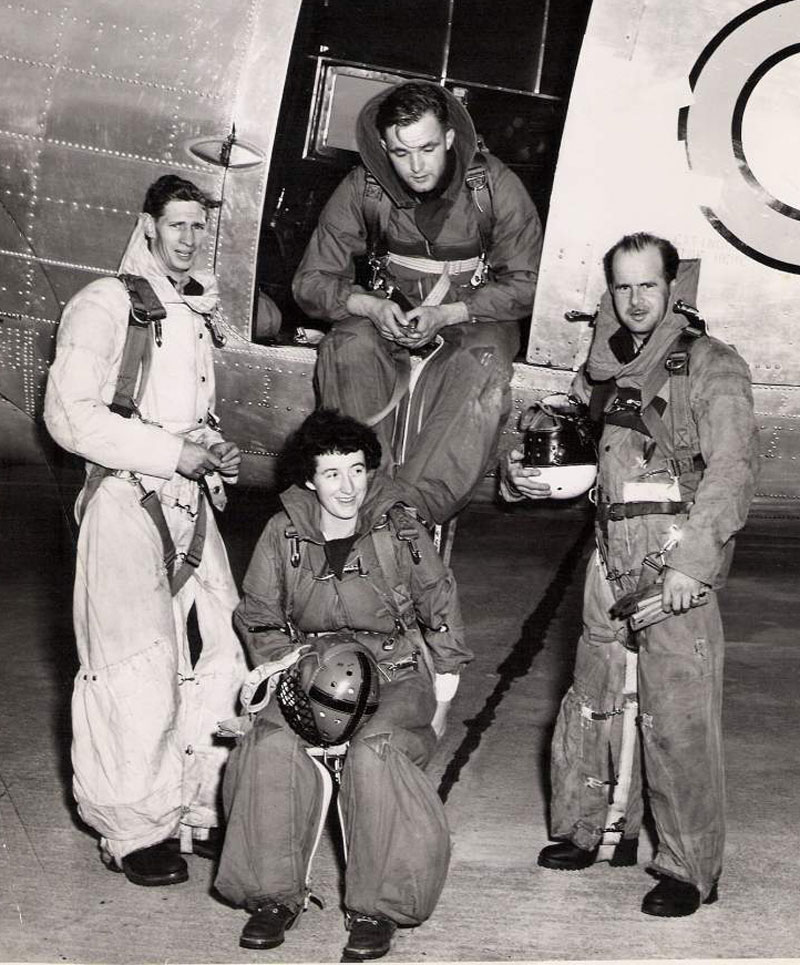 Pilot Officer Grace MacEachern and her pararescue crew at an air show in Abbotsford, British Columbia.
MacEachern Family Archives/Canada.ca
“Unfortunately, my gloves had fallen to the ground, and during the slippery descent, I suffered severe rope burns to my hands.”

By the time she reached the ground, it was dark.

The team’s equipment was crude by modern standards.

In the morning, she picked up her two kit bags, which weighed about 27 kilograms, and trekked up the mountain to join the rest of the rescue team. The geologist was saved.

The team’s equipment was crude by modern standards, said Master Warrant Officer Gavin Lee in a 2020 Skies magazine story. They didn’t have “the big competition chutes that we have now, that get you safer in tight places.

“You were going to get to the ground quite hard.”

MacEachern suffered many injuries and surgeries to correct damage suffered in jumps, including three knee replacements and a spinal fusion. 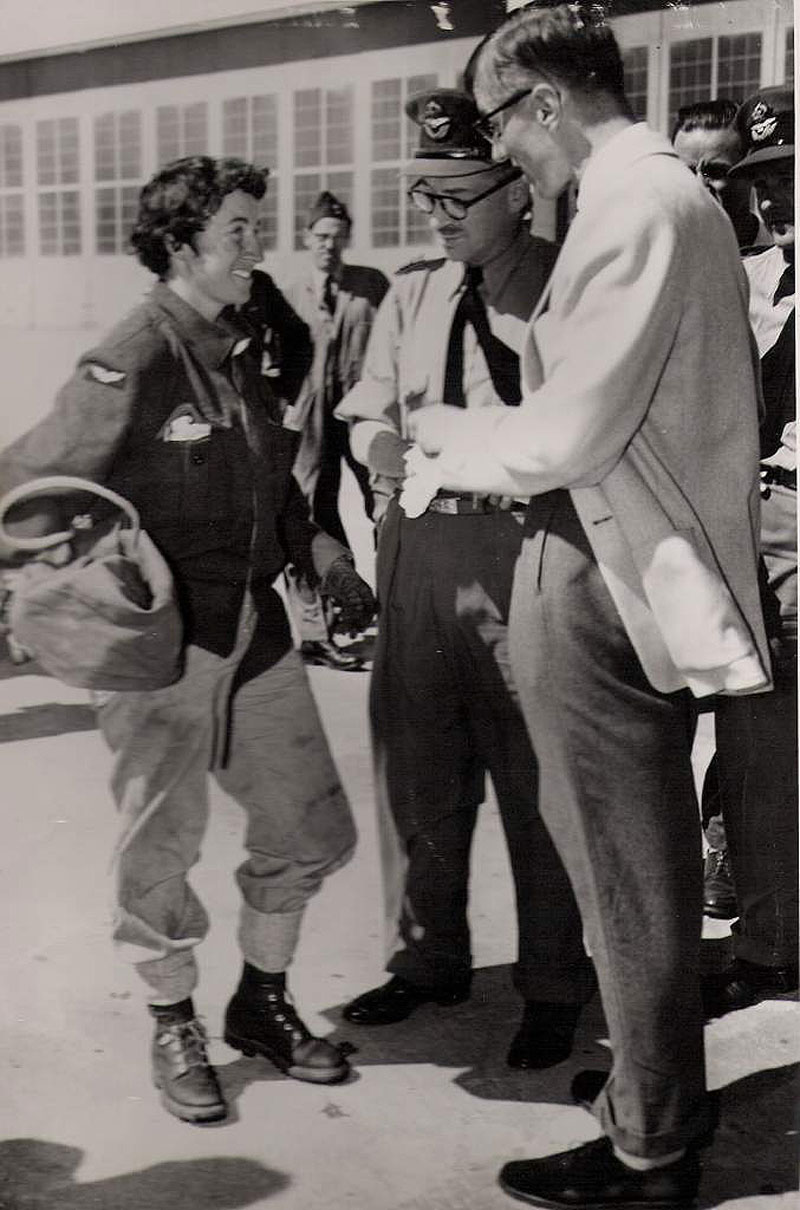 Grace MacEachern speaks with a reporter after the Coquitlam Mountain rescue.
MacEachern Family Archive
She left the service in 1955 to get married, as policy stated the nurses needed to remain single to serve.

“The Parabelles all married and left between 1954 and 1957, and the program was discontinued, due to the expense of training replacements,” Pierotti wrote in an article in the Canadian Military Journal. “The positive part of the program was yet more proof of female capability in physically-demanding military roles.”

MacEachern died in 2010; her pallbearers were six SAR techs in their orange jumpsuits.

PrevPrevious Article“We are grateful to them, but let them go home”