Home » Defence Today » Eye On Defence » Down to two 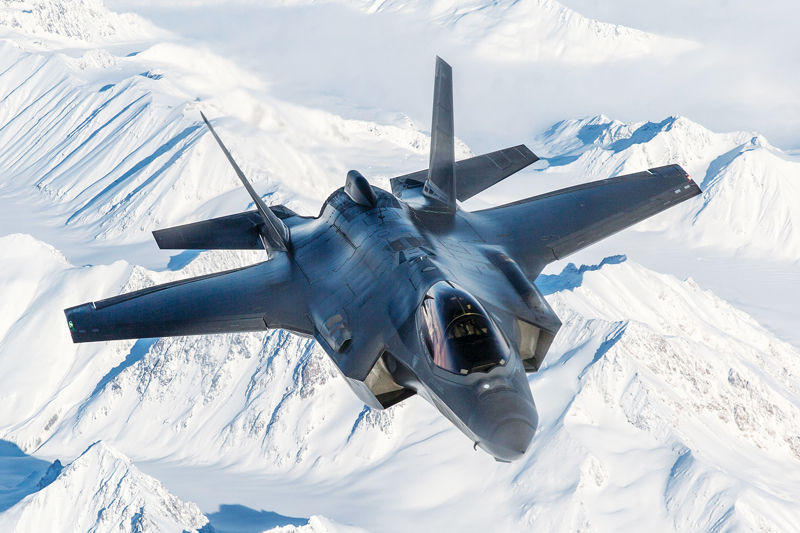 On Dec. 1, 2021, the federal government dropped the Boeing Super Hornet from the competition to replace the aging McDonnell Douglas CF-18 Hornet fighters with up to 88 new aircraft beginning in 2025.

That left only two contenders in the competition: the Lockheed Martin F-35 Lightning II and the Swedish Saab JAS 39 Gripen. Thus, 11 years after the Stephen Harper government announced that Canada would acquire 65 F-35s and six years after Justin Trudeau announced that, if elected, his government would never buy the F-35, Canada is back on track to do just that.

Canada’s slow and often confusing effort to replace the Cold War-era CF-18 shows that military procurement in Canada is as mixed up, politically dominated and inefficient as ever, certainly as it was in the hunt to replace the aging Sikorsky CH-124 Sea King helicopters with Sikorsky CH-148 Cyclones. That process took almost 20 years.

Observers appeared to be surprised by the government’s decision that the Boeing Super Hornet was not in compliance with the air force’s requirements for a new fighter. Experts had forecast that the final two fighters in the competition would both be American. The multinational Eurofighter Typhoon never officially entered the competition and France’s Dassault Rafale also declined to take part.

But Boeing long ago blotted its copybook in Ottawa by filing a petition claiming Bombardier had unfairly benefited from Canadian government subsidization of the CSeries jetliner and seeking to have tariffs placed on American airline purchases of the new aircraft. The move forced Bombardier to effectively sell the CSeries to Airbus, which took over the aircraft as the A220 and is making a significant success of it. It marked the beginning of Bombardier’s withdrawal from the passenger aircraft industry, though it still produces business jets. 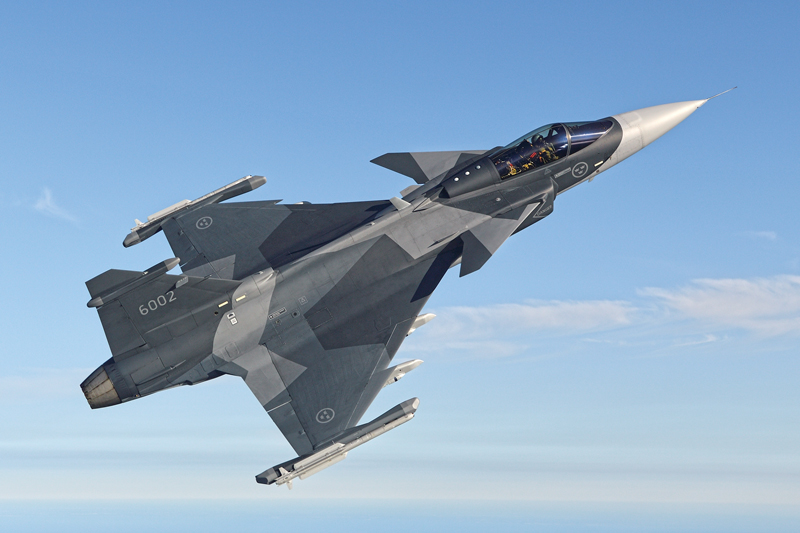 The Swedish Saab JAS 39 Gripen (above) to replace its CF-18s.

The F-35 has been controversial from the beginning of the program in the late 1990s, mainly because of inflated costs and problems in the development of new technologies. But more than 20 years after the aircraft was conceived, it has been purchased by the United States air force, navy and marines, the Royal Air Force, the Royal Australian Air Force, the Israeli Air Force and the air forces of another half dozen countries.

The Gripen is currently flown by Sweden, South Africa, the Czech Republic and will be acquired by Brazil. The basic Gripen design dates to the 1980s, but the aircraft on offer is a beefed-up and modernized version of the original.

The Gripen is probably the better aircraft for Arctic operations, but the current state of Canada-U.S. relations will probably kill any chance of Canada buying it. Despite trade agreements, the administration of President Joe Biden is making a significant effort to keep electric vehicles manufactured in Canada out of the U.S. market. It has given Canada little relief from Trump-era tariffs, imposed a punishing tariff on Canadian softwood lumber, and made Canada look like a second-rate ally in Washington, compared to Australia and Britain.

To some extent, Canada has deserved Washington’s ire. Canada’s defence expenditure in 2020 was 1.4 per cent of gross domestic product, while other NATO nations have been making serious attempts to reach the longstanding NATO goal of two per cent.

The U.S. government recently chided Canada on its failure to increase its UN peacekeeping operations, which in the Trudeau era have fallen to a single mission in Mali and a current deployment of less than 60 Canadian service personnel on UN missions.

Under these circumstances, will Ottawa choose the Gripen over the F-35? Not likely.

So by 2025, or likely later, expect the first F-35s—in matte gray with low-visibility roundels—to be stationed at one of Canada’s two fighter airfields: at CFB Cold Lake in Alberta and CFB Bagotville in Quebec.

And, over the next decade, expect a similar convoluted replacement process to be repeated for surface combatant ships, submarines and even the trusty old Second World War-era Browning Hi-Power pistol.