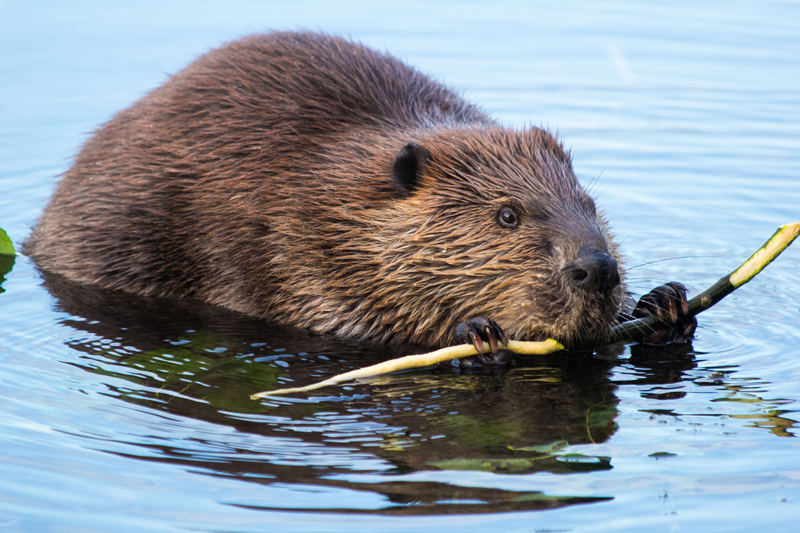 A North American beaver doing what it does best.
IStockphoto,  Christina Radcliffe

Our neighbours have fierce animal symbols. Nestled between the bear and the eagle, the dragon and the lion, on distant flanks, is…the beaver?

Why does a rodent symbolize Canada, in contrast to fierce beasts like the Russian bear, the American bald eagle, the Chinese dragon or the British lion? Why not the grizzly bear, the wolverine, the killer whale or the falcon?

Although officially a national emblem since March 24, 1975, the persistent, industrious and peaceable beaver has been symbolic for Canada’s peoples for much longer than that.

The beaver can be found everywhere in Canada except the extreme north, but its nationwide prominence is not why it was chosen as a national emblem. Nor was it selected because of its importance to the Indigenous Peoples who first inhabited the land.

Instead, the beaver was chosen to symbolize our country because of the role fur trading played in establishing modern Canada.

When Europeans arrived in what is now Canada, one of the hottest commodities in Europe was a hat made of beaver fur.

Without European fashion fads, Canada’s development might have been spurred by timber, ore or fish (imagine, if you will, crossed codfish on the coat of arms).

Since the 1300s, Britons cherished beaver fur for its warmth and luxurious texture. Hats made from beaver fur were warm and waterproof—quite useful in a rainy climate at a time when umbrellas were considered women’s accessories. The hats were expensive, but their durability meant that the investment could be handed down through generations.

Russia cornered the market at the start, having ample supplies of beaver and the secret for turning its fur into felt. 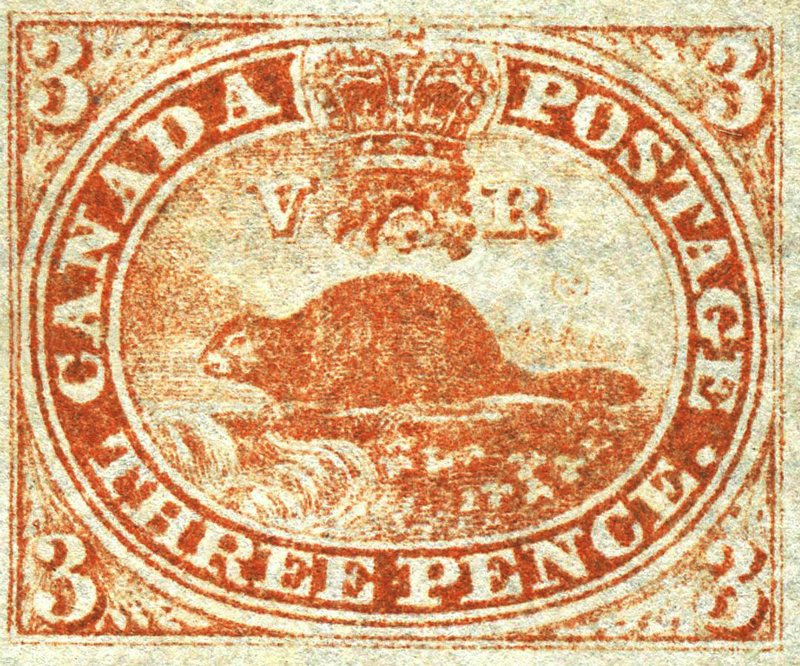 The “Three-Pence Beaver” stamp of 1851.
Wikimedia.org

The beaver’s duvet—or under fur—does even more for the creature than its namesake bedding that keeps modern Canadians toasty in bed. It has tiny barbs that knit together, creating a pocket of air next to the beaver’s skin, insulating it and keeping it dry during extended underwater swims.

Monarchs in Europe saw the fur trade as a profitable venture.

This under fur was prized for making felt. After the guard hair was removed from the beaver pelt, the duvet was shorn and subjected to heat and pressure, where those tiny barbs helped create a mat of felt fabric that used to produce millions of iconic high-fashion beaver hats.

By the 1600s, the European beaver was near extinction. Canada proved a reliable new source.

Monarchs in Europe saw the fur trade as a profitable venture, both as a stimulus to their countries’ economies, but also a means to expand their territories and build colonies.

King Charles I catapulted the beaver hat to the top of fashion in the 1600s; in the 1800s, Prince Albert, the husband of Queen Victoria, preferred silk toppers, which became all the rage.

Prince Albert’s fashion preference likely saved the beaver from being wiped out in North America. The beaver population, conservatively estimated at more than 60 million at the beginning of the fur trade, was decimated by exports ranging from 100,000 to 300,000 pelts annually for about 250 years.

The population has since rebounded, thanks to 20th century conservation efforts, helped in no small way by the beavers’ own domestic and industrious nature.

Beavers establish their dams and lodges on small streams, harvesting the nearby timber and building materials. They mate for life—an estimated 12 years or so—and produce around four kits per year.

Kits stay with their family for two years before heading off to find a mate, build a lodge and produce a family of their own.

The beaver has been symbolic for millennia in this land. Indigenous Peoples believed it taught lessons about persistence and productivity, resourcefulness and harmony. The ubiquitous mammal was also adopted as a symbol by European newcomers.

The Hudson’s Bay Company put four beavers on the shield in its coat of arms in 1678. Beaver pelts were used as currency throughout much of early Canada. The mammal appeared on the Three-Pence Beaver, Canada’s first postage stamp, in 1851, and a half-dozen more since. The beaver has adorned the Canadian nickel since 1937, barring commemorative coins, such as the running rabbit issued in 1967 to mark Canada’s centenary. 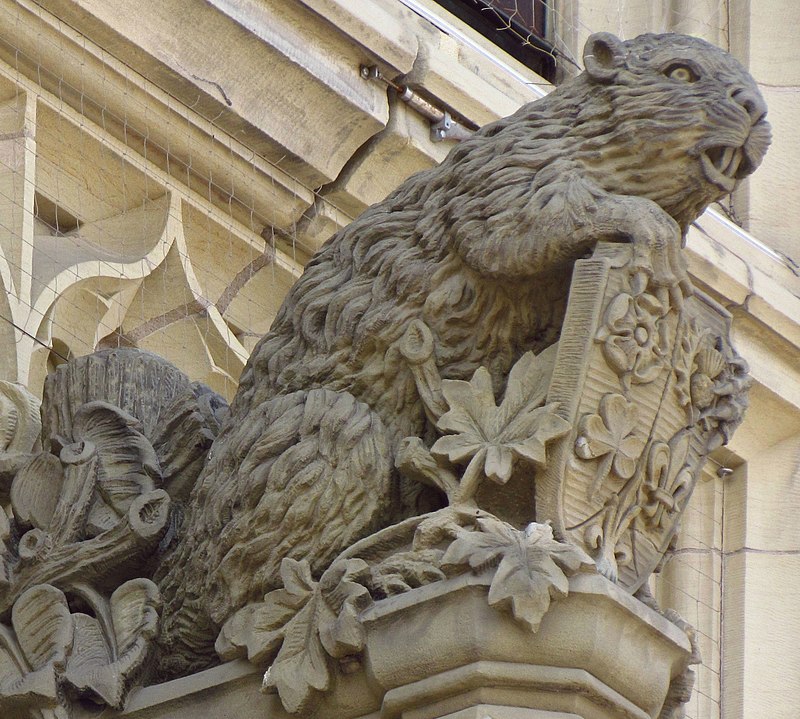 The unassuming mammal has its detractors. Its dams cause floods that swamp roads, flood farms and cottages. Each one can harvest about 200 trees a year, a serious blow to a smallholder dependent on timber income.

In 2011, a Canadian senator who favoured the polar bear as a national animal emblem described the beaver as a toothy tyrant, dentally defective rat and 19th century has-been. Senator Nicole Eaton said the polar bear’s “strength, courage, resourcefulness and dignity” better reflect the “ethos of the people and spirit of the nation.”

But the beaver has many traits that reflect the ethos and spirit of Canada’s peoples. To start, they are sociable and peaceable, fighting only when necessary. They too, it seems, prefer peace, order and good government.

Canadians are eager beavers when it comes to home ownership with two-thirds putting down roots and many taking 25 to 30 years to pay off mortgages. Beavers build their own homes, known as lodges, that can last up to 30 years. Beavers also pass their homes down to their children, as many people do.

Like us, beavers also alter their environment to suit themselves, building lodges, dams and canals. We surround our homes with fences and hedges; beavers prefer water to keep others at a distance.

Beavers constantly repair and renovate their homes, much like Canadians who haunt home improvement stores on the weekend.

And beavers don’t hibernate, but store food and work through the winter, just like doughty Canadians.