Fighting at forts of the Niagara front

The Niagara River runs roughly south-north between Lake Ontario and Lake Erie, a vital transportation—and once communication—line in the Great Lakes. To safeguard their interests, Europeans bent on colonization and economic gain built forts at the river’s source on Lake Erie and its mouth on Lake Ontario.

In 1812, the river marked the border between the state of New York and the British colony of Upper Canada. The United States wanted to erase that border and absorb Canada—or British North America as it was known as the time—into its union.

The guns at nearby Black Rock fired across the Niagara at Fort Erie. The British answered in kind.

Though the War of 1812 ranged widely, reaching the capitals in the U.S. and Upper Canada, the Niagara River was of great strategic importance during the conflict. Its banks are shallow and easy to climb and it is narrow, readily crossed by boat—or cannon fire. 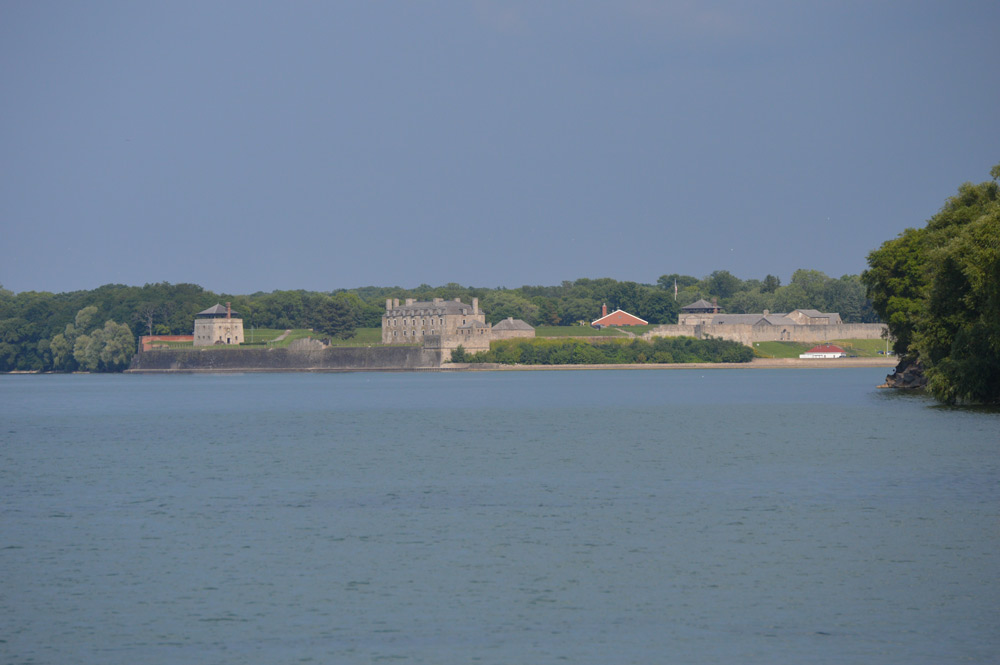 A view of old Fort Niagara from Canada across the Niagara River.
Wikimedia
U.S. Major-General Morgan Lewis’s visit to Buffalo, N.Y., on March 17, 1813, was highlighted by an artillery duel that began at about noon. The guns at nearby Black Rock fired across the Niagara at Fort Erie. The British answered in kind. The ensuing firefight lasted until the next evening.

“A few houses were destroyed and seven soldiers killed or wounded near Fort Erie. Three of the American guns were dismounted by the British batteries. A week later, the bombardment was resumed with even less result,” wrote historian Ernest Cruikshank in 1896.

Two months later, the Americans augmented the shore artillery with ships’ guns to great effect about 50 kilometres to the north, where forts George and Niagara sat on opposing banks. Each changed hands during the war.

The fortifications at the site of Fort Niagara on the east side of the river dated from 1670. A treaty required the fort be turned over to the U.S. in 1796. The British then built Fort George directly across the river.

Completed in 1802, Fort George had six large bastions for defence, plus a palisade wall surrounded by a dry ditch. Inside was a stone powder magazine, military quarters, a kitchen, a hospital and workshops. It served as a British Army headquarters during the War of 1812. 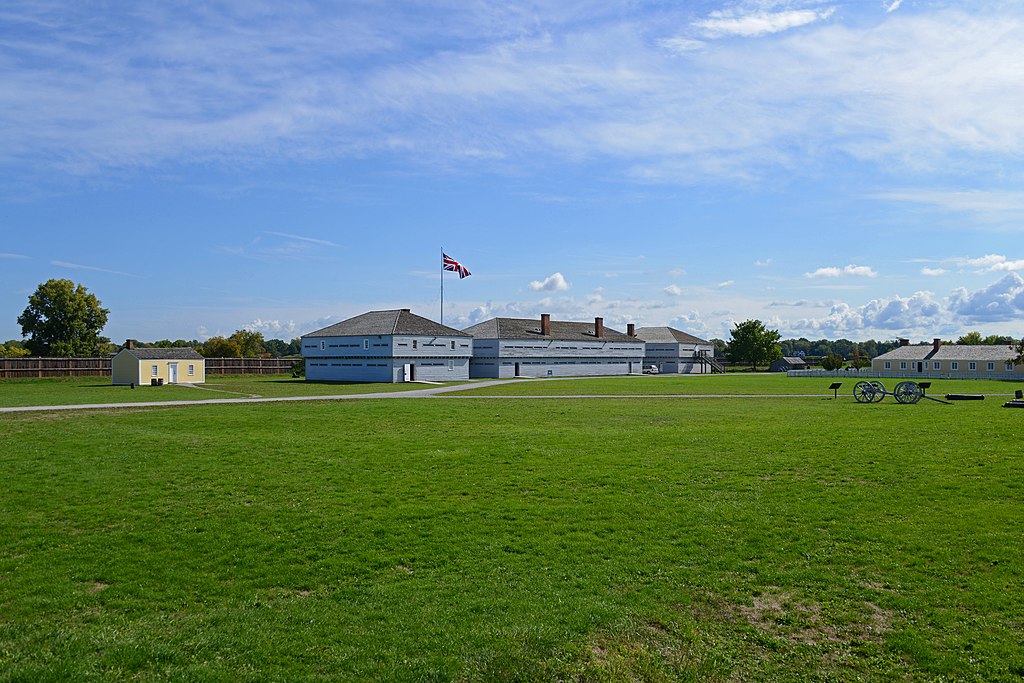 Blockhouses at Fort George.
Wikipedia
“At this time,” wrote Cruikshank, “the Fort mounted five guns; one twelve pounder, two twenty-four pounders and two mortars. On the left fronting Fort Niagara were no less than five detached batteries, armed with eleven guns, five of which were mortars.”

On May 25, 1813, most of the buildings in the fort were set afire during a bombardment with hot shot.

The enemy had read the fort’s weakness, wrote Cruikshank. “All of these works were open…and could be enfiladed and some of them taken in reverse by an enemy approaching on the Lake.”

The enemy did approach from the lake on May 27. The lifting morning fog revealed about 16 U.S. vessels stretched across the mouth of the river, with about 100 boats and scows, each carrying a company of up to 50 men, just offshore.

The pounding was prelude to an invasion by a force of more than 4,000.

“As they came within range, the guns of Fort George began firing, which instantly drew…the fire of no less than sixteen heavy guns and mortars mounted in Fort Niagara and adjacent batteries,” noted Cruikshank.

“The fire from the shipping so completely enfiladed and scoured the plains that it became impossible to approach the beach,” reported the British commander, Major-General John Vincent.

The pounding was prelude to an invasion by a force of more than 4,000. Vincent realized his defenders were greatly outnumbered. He ordered the fort’s guns spiked and ammunition destroyed before the British stole away in the middle of the night. They arrived in Burlington Heights to the north on June 2. The Americans got Fort George, but Vincent’s force lived to fight another day. 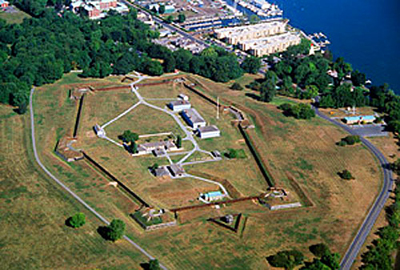 Aerial view of Fort George.
Parks Canada
The requirement for troops elsewhere eventually thinned the U.S. ranks occupying Fort George. By December, only a handful of militia remained. On Dec. 10, alarmed by a British reconnaissance patrol, Brigadier-General George McClure ordered his men to destroy the adjacent town of Newark (Niagara-on-the-Lake, today) and retreat to U.S. soil across the river.

When the British arrived on Dec. 12, they found a town in ruins—more than 100 homes had been torched, and hundreds of people, mainly women and children, were left without shelter in the depths of winter. Taking care of the townspeople was a priority, but vengeance was not far behind. 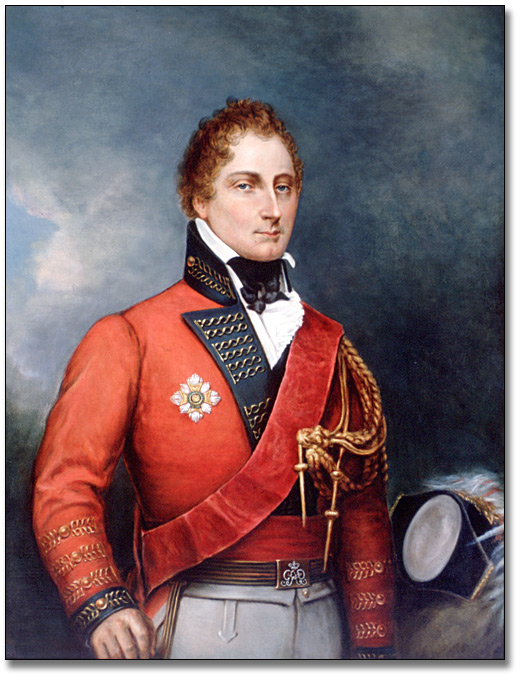 British Lieutenant-General Gordon Drummond.
Wikimedia
On Dec. 17, British Lieutenant-General Gordon Drummond ordered a strike on Fort Niagara. Boats were brought nearly 70 kilometres from Burlington Heights and the next day Colonel John Murray led more than 500 British and Canadian soldiers across the river. They captured a sentry nearby and forced him to give up the fort’s countersign, or password.

“We advanced quietly, and a party under the command of a sergeant went in front,” recalled soldier Shadrach Byfield. “When he came near the outer sentry, at the entrance to the fort, he was challenged; he advanced and gave the countersign, seized the sentinel, and threatened him with immediate death if he made any noise. He then proceeded to the gate and was challenged by the sentry inside; he gave the countersign and gained admittance but the sentry cried out, “The British—turn out the guard!”

But it was already too late. Troops were flooding through the gates and over the walls, killing or wounding about 80 soldiers, taking nearly 350 prisoners and capturing the 27 cannons, about 3,000 arms and tons of stores.

Both forts remained in British hands for the remainder of the war. Fort Niagara was returned to the U.S. in 1815.

Nowadays, the two historic sites attract tens of thousands of visitors each year.