The beginning of January 1945 marked a run of luck—or rather, display of expertise—for Canadian Flying Officer Norman Pearce, serving with No. 73 Squadron, Royal Air Force, in Yugoslavia.

The squadron spent much time searching for enemy aircraft aloft, but it was also charged with supporting partisans fighting against their German occupiers on the ground. Pearce was credited with destroying six vehicles on Jan. 5 and a 75mm gun and two more vehicles on Jan. 9.

But why was a Canadian pilot helping partisan ground forces? Like everything to do with the Balkans before and since, it’s complicated. 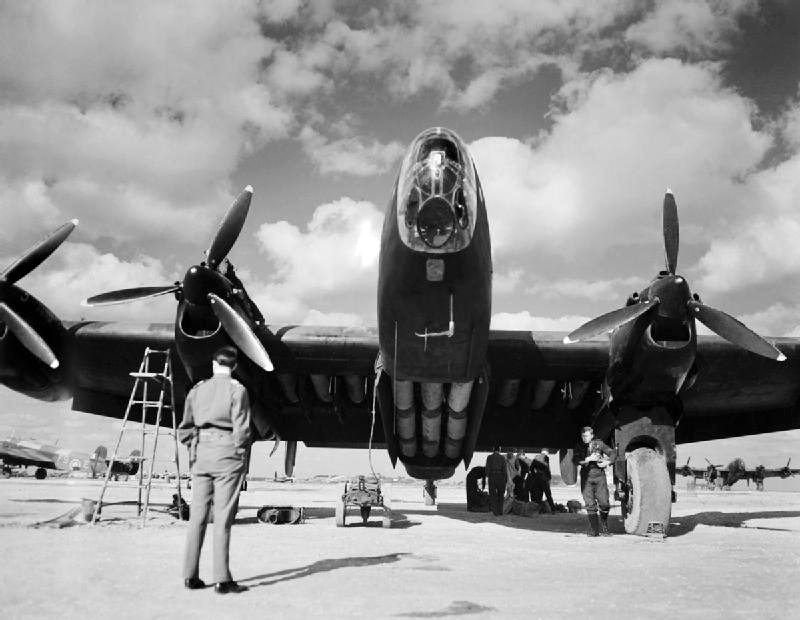 A Halifax bomber of No. 148 Squadron, RAF loaded with parachute canisters containing supplies for Yugoslav partisans.
Wikipedia
Germany invaded Yugoslavia in the spring of 1941, smoothing the way for the invasion of the Soviet Union in early summer. The kingdom was divided up among Germany, Italy, Hungary and Bulgaria. A bloodbath ensued. 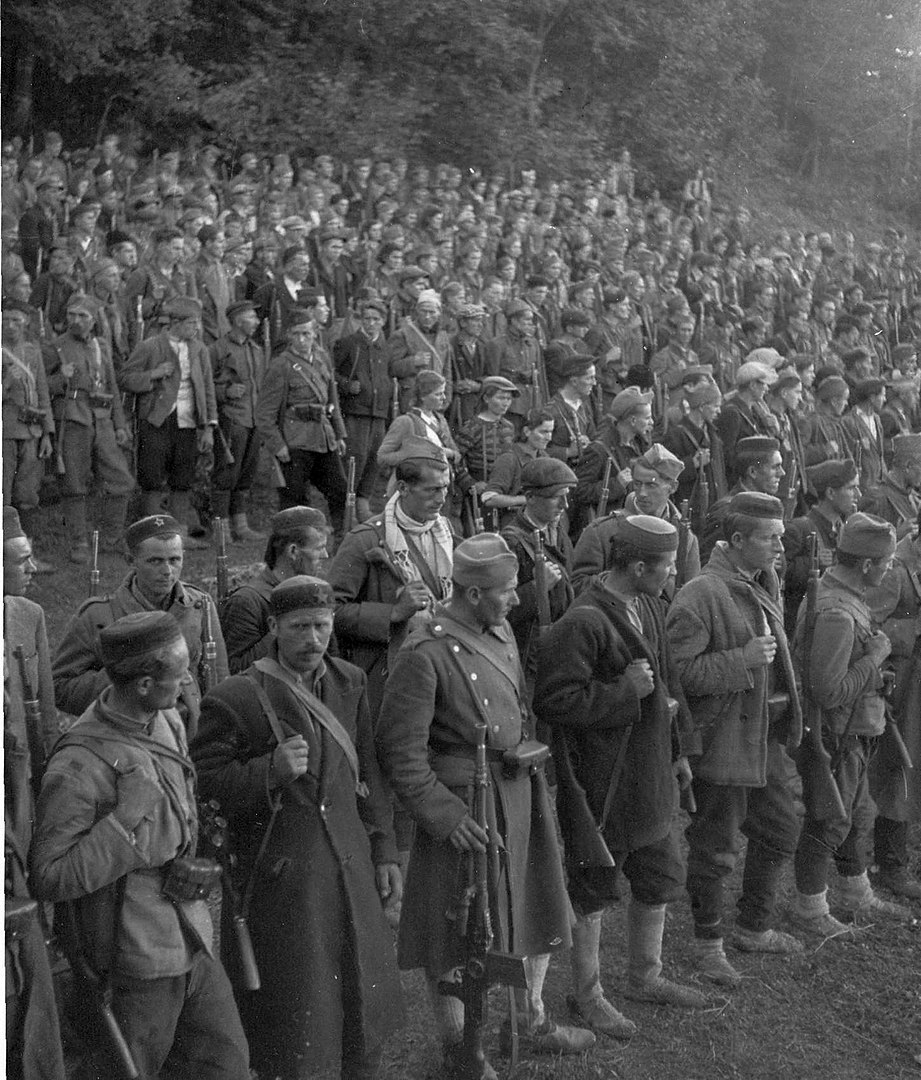 Soldiers of the 4th Montenegrin Proletarian Brigade in June 1942.
Wikipedia

Partisans were very effective fighters. Those commanded by Josip Tito were tasked by Moscow to liberate Yugoslavia and create a communist state. They were joined by other partisan groups, some of which had different objectives. The force grew from small guerilla bands to four field armies totalling between 600,000 and 800,000 men and women, depending on who was counting.

Partisans developed from a nuisance to the Nazis to a real threat. Axis powers organized seven major offensives during the war to annihilate the partisans.

Some partisans were determined to oust the occupiers and continued guerrilla attacks on Axis forces. When the Soviet Union was invaded, Moscow ordered communist partisans to do everything in their power to wrest back their country, an endeavour that would distract the Germans and eat up manpower and materiel, which was also an aim of the Allies.

The Allies sent nearly 2,000 aircraft on a bombing raid over Yugoslavia.

Allied special ops forces were embedded in partisan groups, gathering intelligence about Nazi supply routes and forces. In 1943, the Allies decided to throw more support to the partisans. In April 1944, the Allies sent nearly 2,000 aircraft on a bombing raid over Yugoslavia.

“Members of the Royal Canadian Air Force were mixed through the crews,” wrote Hugh Halliday for “Aiding the Partisans” in Legion Magazine.

Flying officers Frank Moore and Fred Ashbaugh of the RCAF served in the Balkans during the Second World War.
LAC/E010938657
“Guerrilla raids and air attacks destroyed over 100 locomotives,” wrote Halliday. “With rail traffic disrupted, the enemy took to the roads and promptly lost over 300 trucks to fighter attack.”

Pearce, of Portage la Prairie, Man., earned the Distinguished Flying Cross for inflicting some of that damage, bombing bridges, putting locomotives out of action and downing a Dornier Do 17 bomber and a Croatian Messerschmitt Bf 109.

“We came at it from the rear and got the engine. A cannon shell hit the boiler and blew it up in a cloud of steam. Then we circled around a hill and came back to shoot up the coaches.”

WO John A. Gordon of Wallaceburg, Ont., was credited with crippling five locomotives in December 1944, and led an attack on two ships in March 1945, earning the Distinguished Flying Cross.

Lieutenant-Commander Tom Fuller of the Royal Canadian Navy earned three Distinguished Service Crosses, the first in action off the coast of England in 1942, another by manoeuvring through two columns of a German convoy and getting them to fire on one another (which earned him the nickname Pirate of the Adriatic), and the third for raids on Axis shipping.

“For the Allies,” wrote Halliday, “the payoff was tying down 600,000 German troops that would otherwise have fought in Italy, Holland or Poland.” But the partisans paid a terrible price—nearly 300,000 lives.