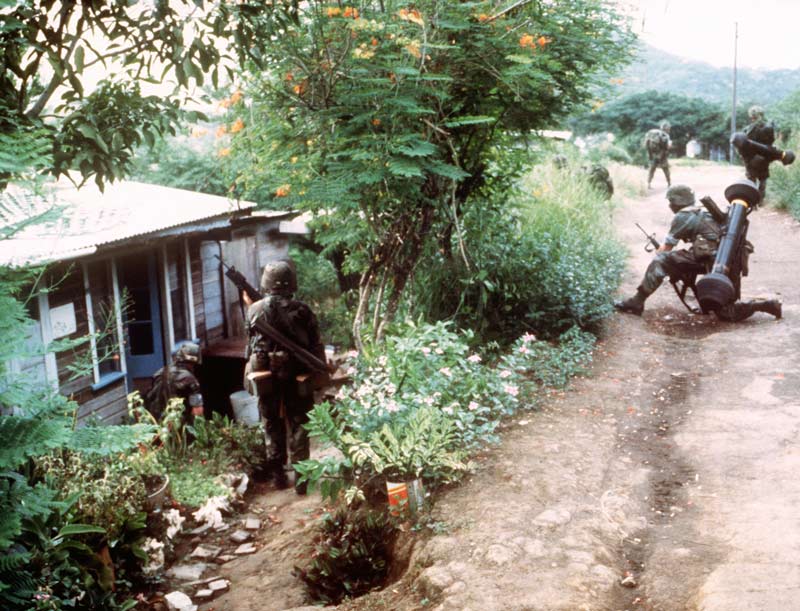 The United States invaded Grenada in 1983, its first military action since the Vietnam War. Canada opposed the act alongside the majority of the United Nations.

Grenada gained independence in 1974. In 1979, after a coup, the constitution was suspended and Maurice Bishop’s Marxist-Leninist government took power. Allied to Cuba and the Soviet Union, the country began to significantly beef up its small army, causing U.S. President Ronald Reagan concern over a potential Soviet military build-up in the Caribbean.

But Bishop wanted to establish a socialist government and encouraged development, particularly of the tourism industry.

Communist hardliners disagreed with his approach, urging him to step down or share power.

In 1983, Reagan’s concern escalated to alarm when the hardliners led a coup on Oct. 16 and executed Bishop and other government leaders. Under the guise of evacuating 650 American medical students, the U.S. invaded the island on Oct. 25. 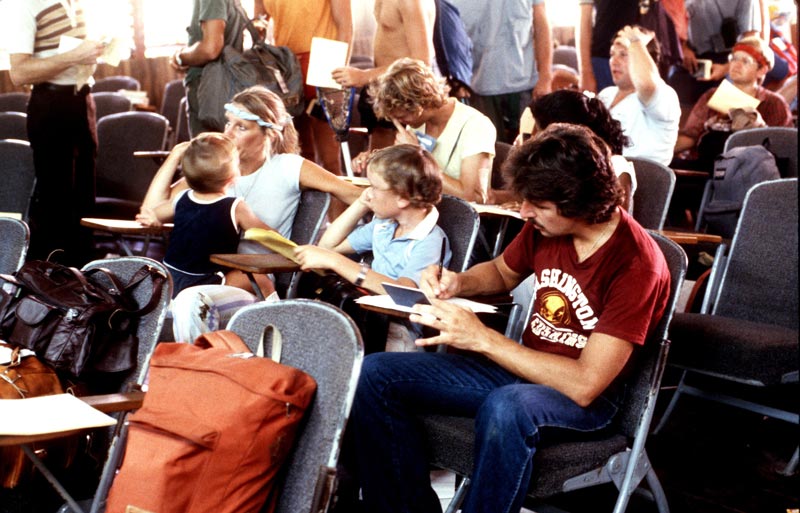 American medical students wait to be evacuated from Grenada.
Wikimedia
Codenamed “Operation Urgent Fury,” the U.S. sent in about 7,000 troops, joined by 300 from Barbados and Jamaica. They encountered about 1,200 Grenadian and 800 Cuban soldiers. In three days of fighting, a score of U.S. forces and four dozen Grenadians were killed, along with two dozen civilians. The coup was stopped and 18 officials, including the entire military chain of command involved in the coup, were arrested and constitutional rule was restored.

Canada and Britain objected to the U.S. actions.

The United Nations called it a flagrant violation of international law. 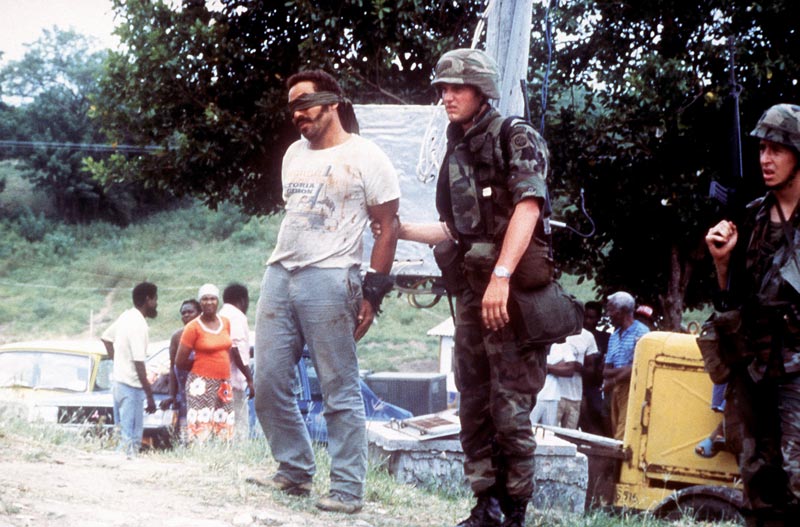 U.S. soldiers watch over a blindfolded prisoner during Operation Urgent Fury.
US ARMY/SPC DOUGLAS IDE/DA-ST-85-02217
Prime Minister Pierre Trudeau said it was unjustified and that there were other ways to protect Americans on the island. British Prime Minister Margaret Thatcher addressed Reagan directly.

“This action will be seen as intervention by a Western country in the internal affairs of a small independent nation, however unattractive its regime,” wrote Thatcher. Indeed, nations around the world condemned the action.

The United Nations called it a flagrant violation of international law. Massive protests ensued in Bolivia, the Dominican Republic, Trinidad, Cuba, Nicaragua—and even in the United States. Congress enacted the War Powers Resolution, requiring the president to bring forces home within 60 days. 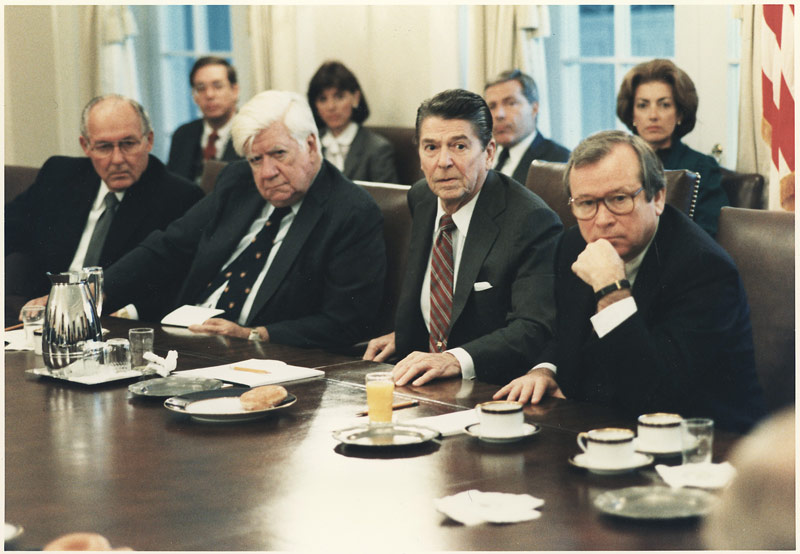 U.S. President Ronald Reagan meets with Congress on the invasion of Grenada, Oct. 25, 1983.

On the day of the U.S. invasion, Canada tried to evacuate its citizens by dispatching a Boeing 707 from 437 Transport Squadron to Barbados. The Grenadian government gave it permission to land, but permission to take off from Barbados was denied.

Canada dispatched two Hercules flights from Canada to Grenada on Oct. 28, but “in neither case had any Canadians assembled to be evacuated,” according to Department of National Defence mission notes. The U.S. air force had evacuated hundreds of people, including 23 Canadians, who subsequently returned to Canada aboard the 707.

U.S. troops began to move out of Barbados in early November and were gone in December.

Grenada has been ruled under its constitution, holding democratic parliamentary elections, ever since.

PrevPrevious ArticleThe liberation of Campobasso
Next ArticleSetting an exact borderNext