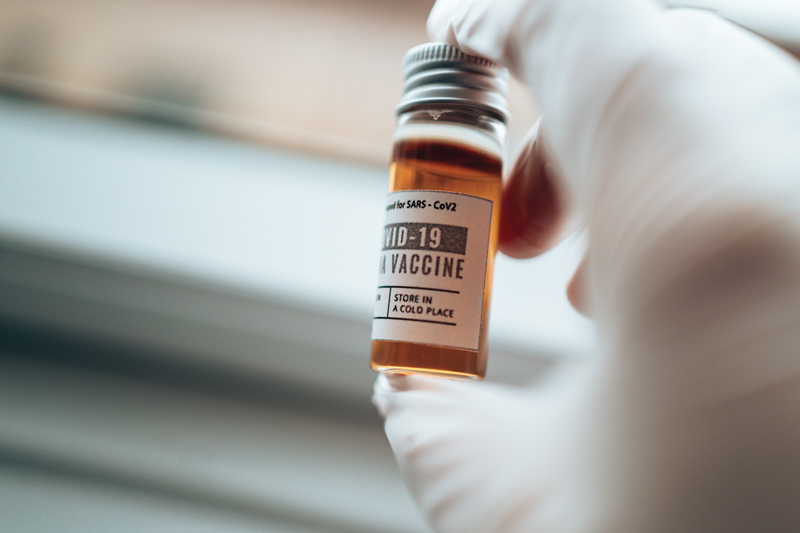 Medical breakthroughs are a sad irony of great wars, no less the war on COVID-19.

Humanity will be better prepared to deal with the threat.

Hundreds of thousands of researchers around the world dropped their projects to join the battle to find treatments for those sickened by the virus and vaccines to protect the uninfected and stop its spread.

The world now knows how to effectively marshal medical research for a single cause. When, not if, the next pandemic occurs, humanity will be better prepared to deal with the threat.

There have been collateral benefits from this massive effort, beginning with messenger ribonucleic acid (mRNA) therapy, which is likely to have far-reaching effects on many branches of medicine.

The mRNA vaccine is like a wanted-persons poster, telling the immune system what the invader looks like so it can identify it quickly and mount a swift attack. It doesn’t contain the virus itself, but tiny snippets of mRNA delivered via nanoparticles (tiny fat particles called lipids).

Cells use the information contained in mRNA like a blueprint to produce a specific protein from the virus—in the case of COVID-19,
the harmless spike protein it uses to attach itself to our cells.

The cell makes the spike protein, the immune system recognizes it as foreign and eliminates the cell. The mNRA disappears as well, degrading shortly after its message is delivered.

But the immune system now instantly recognizes the foreign protein and if it encounters the virus itself, will gear up quickly and speedily dispatch the invader.

The technology is adaptable to other pathogens and now that it has proven itself during the pandemic, it will be used for a variety of other medical purposes.

The reason Pfizer-BioNTech and Moderna could get vaccines to clinical trial faster than any vaccine in history is because they were already investigating mRNA technology as a tool to fight cancer and other diseases, including a variety of vexing viruses.

Much COVID-19 research has centred on supporting our adaptive immune systems, busy from the moment of birth learning to identify invaders, one by one, and how to vanquish them. But some have focused on the innate immune system—the one we’re born with.

Will there come a day when genetic testing will dictate pandemic response—identifying people whose immune systems are weakest and who should be vaccinated first or given priority for intensive care versus those at least risk who can safely be put further back in line?

The Million Veterans Program in the United States is using data from more than 800,000 veterans to learn how genetic makeup could help predict severity of infection and pinpoint how people with different genetic traits respond to COVID-19 treatments.

While COVID-19 is best known for its attack on the lungs, German researchers discovered the virus can infect the kidneys, liver, heart, brain and blood, and found that three genes known to encourage SARS-CoV-2 infection were active in kidney cells, which may explain why some COVID-19 patients suffer kidney damage. Meanwhile researchers in the U.S. discovered COVID-19 binds with a protein found in cells in many human organs.

Rather than a genetic test, is there a biomarker that can provide a shortcut? That possibility is suggested by the work of a researcher who found that supertasters—people who most acutely perceive bitter tastes—were less likely to be infected by COVID-19, and if infected, did not become severely ill.

Some researchers have concentrated on exploring differences that can account for the varied response to COVID-19 infection.

One group of researchers found that a sluggish or unco-ordinated immune response—such as that found in people 65 and older—was correlated with severe disease. Another group discovered that men generally have higher levels of proteins that cause inflammation circulating in their blood than do women, leading to men’s higher rate of severe disease. A third group discovered that certain lung cells produce inflammatory molecules that attract immune cells that cause inflammation, producing an escalating immune response that could explain the life-threatening persistent lung inflammation of COVID-19. And research goes on.

But what have we learned that might help us prepare better for the next pandemic?

We’ve learned that quick reaction to stop the spread is important. Governments now know they must react more quickly with public health measures and screening and monitoring.

Researchers have also learned of the benefits of strength in numbers and can now quickly reform effective collaborations and put systems in place to prevent duplication.

People in general have learned the value of social distancing, sanitizing their environments and wearing masks.

But perhaps the best lesson has been that in the face of a pandemic, global approaches and global co-operation are good strategies.