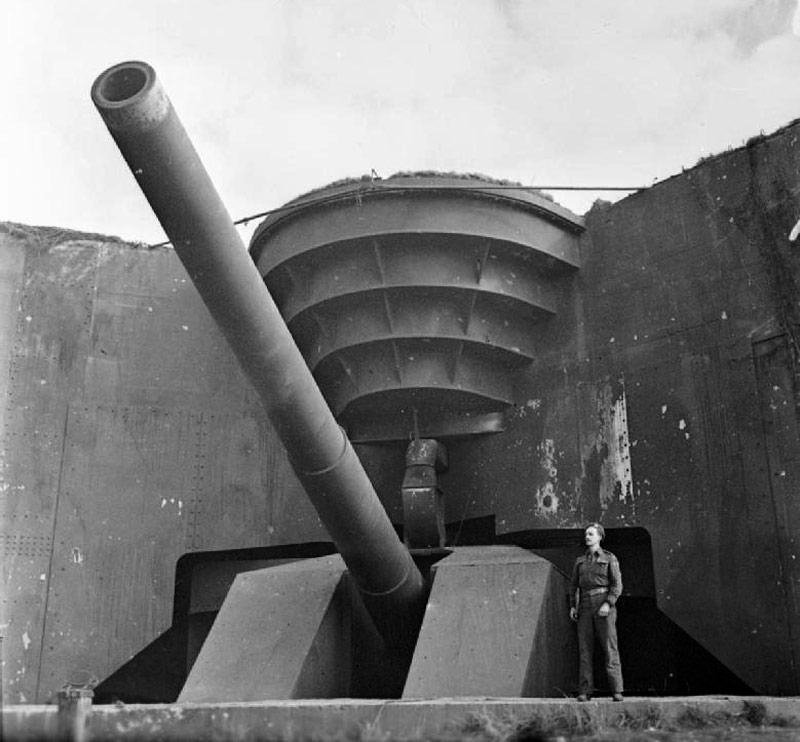 A soldier poses next to a captured German 380-millimetre gun at Cap Gris-Nez, France.
Wikimedia
After D-Day, the First Canadian Army began the job of clearing the French coast along the English Channel.

It was a hard slog. The beaches were crowded with obstacles and mines. The shore bristled with barbed wire and the whole coastline was studded with concrete bunkers and machine-gun nests. Towns and cities were fortified and equipped with heavy guns. It was known as the Atlantic Wall.

The Germans had installed 42 heavy guns around Calais that constantly threatened Allied ships and five batteries capable of firing across the Channel to the Port of Dover. 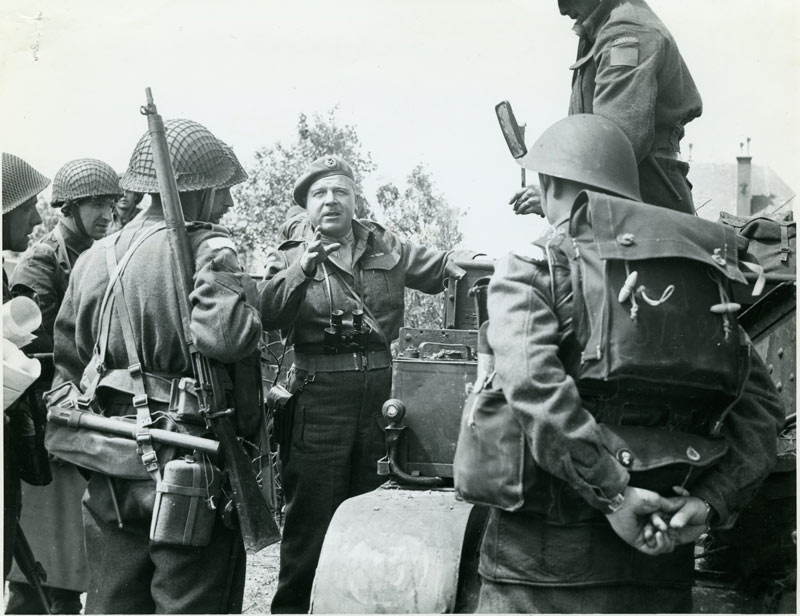 Maj.-Gen. Rod Keller addresses personnel of the 3rd Canadian Infantry Division in Normandy on June 6, 1944.
LAC/PA-115544
The Germans had flooded the land, and “prepared for a siege in order to deny the Allies the use of these valuable prizes as long as possible,” wrote Major W.H.V. Matthews, commanding officer of the Canadian Scottish Regiment.

It fell to the 3rd Canadian Infantry Division to drive out the 7,500 Germans defending the port city and surrounding areas.

The plan was to bombard the city from land, sea and air, followed by infantry, accompanied by tanks and flamethrowers. It had worked at Boulogne-sur-Mer, which was liberated on Sept. 22. But things did not go according to plan. 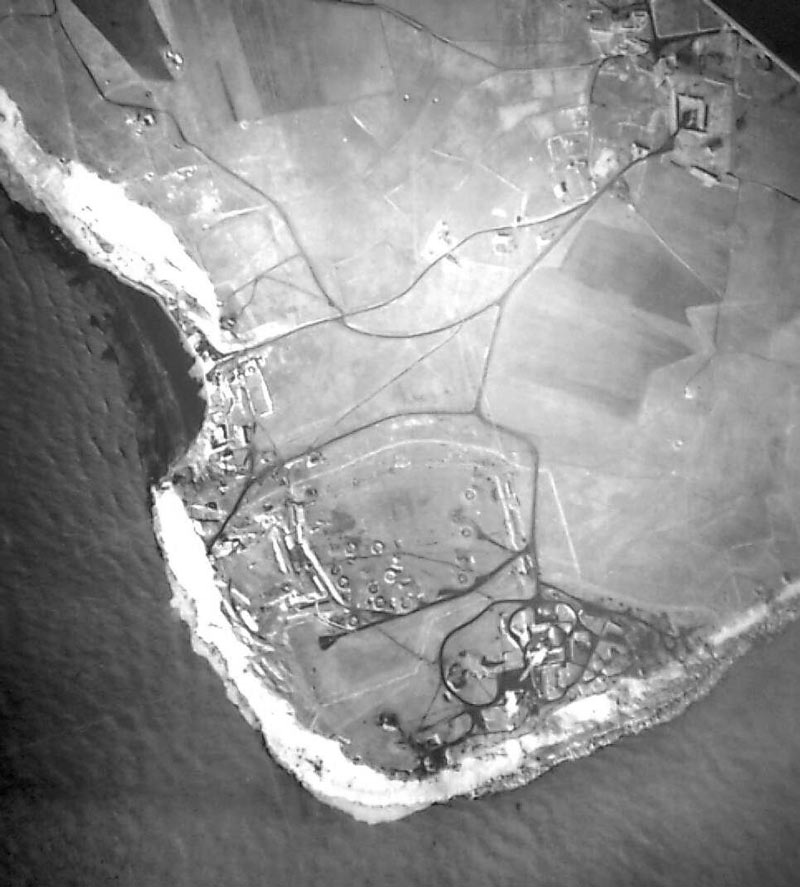 An aerial photo of Cap Gris-Nez taken by the Royal Air Force before bombings on Sept. 26, 1944.
Wikimedia
“The German garrison that held Calais, although surrounded by our troops, refused to simply surrender,” recalled machine-gunner George Heron, of the Cameron Highlanders of Ottawa, in a Memory Project interview.

As the fighting began, civilians fled the city by the thousands. “All roads leading out of Calais were clogged by these refugees and whatever belongings they could carry on their backs or roll along in carts, wagons and baby carriages. It was obviously not a time to be sending shells or engaging in machine-gun fire back and forth.”

A truce was called to allow citizens to move out. “Much to our surprise, some German soldiers came out mingling with the refugees,” said Heron. Eventually about 200 surrendered. “For being the enemy, they were remarkably friendly [and] showed elation at being so-called ‘captured.’ For them the war was over, they said.”

A German soldier stands among the rubble of Calais, four years before the town’s liberation.
Wikimedia
It didn’t last. German officers came out to fetch them back, it being contrary to terms of the truce to take prisoners.

The battle resumed on Sept. 25, following air and artillery bombardment. The Canadians had to fight through defences surrounding the city, frequently under shellfire from gun emplacements on high ground.

“After a bitter close-quarter fight the resolute attackers finally drove the enemy from his bomb-proof concrete shelters,” reported C.P. Stacey in The Victory Campaign, part of the official history of the Canadian Army.

“It was a slow, methodical task,” wrote R.H. Roy in Ready for the Fray: The History of the Canadian Scottish Regiment (Princess Mary’s), 1920-2002.

Another truce allowed for evacuation of a further 20,000 civilians on Sept. 29, after which the Canadians resumed their attack, but the truce “had completed the demoralization of the garrison,” reported Stacey. “When fighting began again at noon on the 30th the German opposition crumbled rapidly.”

Germans began pouring out of the east side of the city at 1 p.m., and a formal surrender followed six hours later. “The total number of prisoners was about 7,500,” reported Stacey, at a cost of “surprisingly light casualties” of under 300.