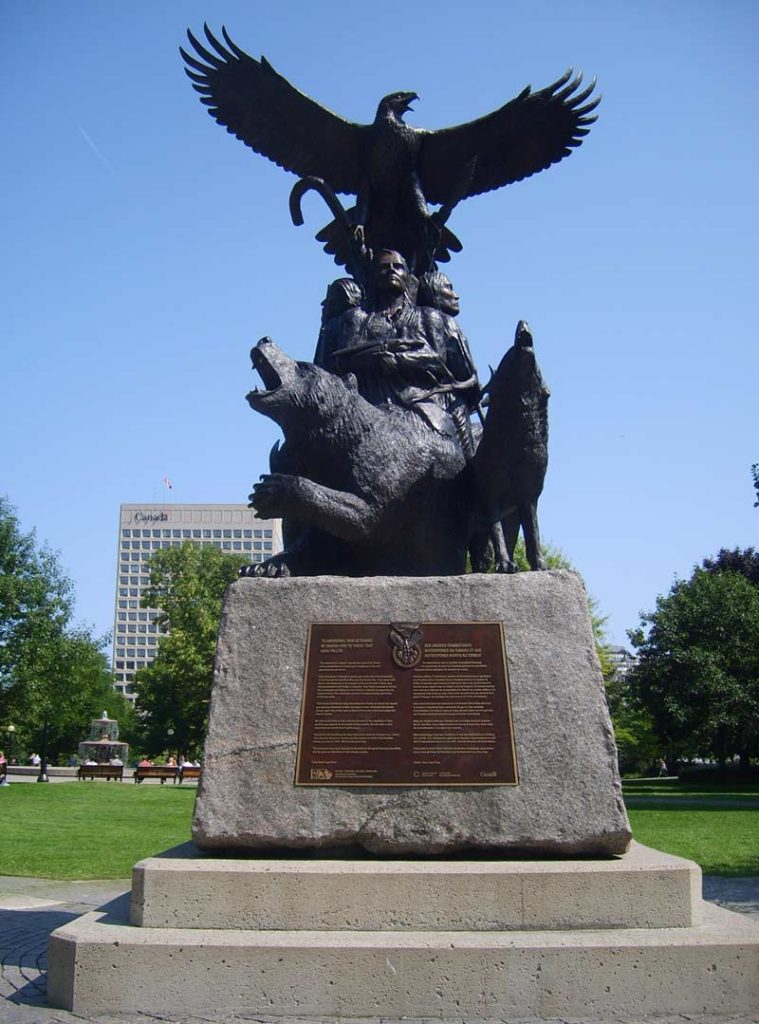 It was unveiled on June 21, 2001, on National Indigenous Peoples Day, but the pandemic pushed the 20th anniversary ceremony to Sept. 21. The event was hosted by Aboriginal Veterans Autochtones and featured a speech by Governor General Mary May Simon, the first Indigenous person to hold the position.

After the world wars, the role played by Indigenous soldiers went largely overlooked.

“As governor general and commander-in-chief, I thank Indigenous veterans—all veterans—as well as active military members and everyone who has sacrificed for our country. As an Indigenous person, I’m proud of all we have accomplished, and I look to the future with great hope,” said Simon.

Indigenous soldiers, nurses and civilian support workers have contributed to war and peacekeeping efforts throughout Canadian history. To date, nearly 15,000 Indigenous people have been identified who served in the First World War and Second World War. More than 2,500 Indigenous Canadians serve in the military today. 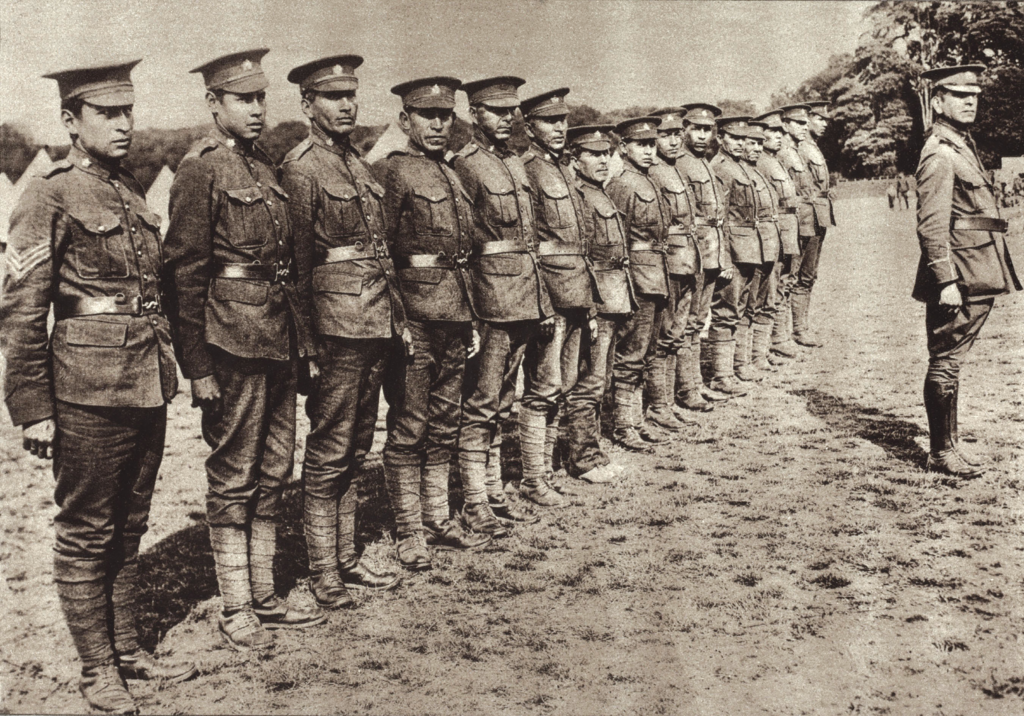 Indigenous soldiers serving in the Canadian Corps on the Western Front during the First World War.
Everett Collection/Alamy/DD73D8
After the world wars, the role played by Indigenous soldiers went largely overlooked; they returned home to discrimination, denial of benefits, loss of Indian Status and expropriation of their land.

National Aboriginal Veterans Day was established by the federal government on Nov. 8, 1994. The next year, for the first time, wreaths were placed at the National War Memorial to commemorate and honour Indigenous veterans. 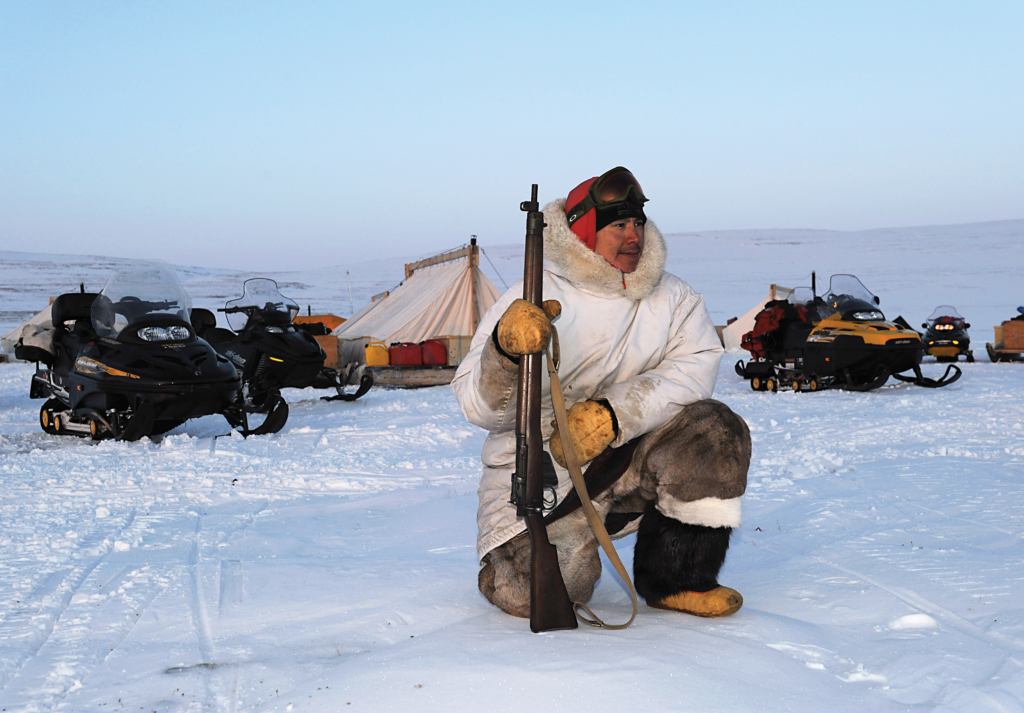 A Canadian Ranger surveys the tundra of Nunavut in 2012. The rangers make up some of Canada’s more than 2,500 active duty Indigenous soldiers.
COMBAT CAMERA/ISO2012-1012-06; WIKIMEDIA
“The monument is for my dad and other native vets who were stuffed into obscurity. Even though they had done outstanding things, they seem to have been ignored.… I consider that to be a major injustice.”

Pinay wanted to express the role that Indigenous Peoples played in “defending the country and defending freedom,” says an article on the monument by David Joseph Gallant for The Canadian Encyclopedia.

Four warriors—two men and two women—represent the diversity of First Nations, Métis and Inuit peoples. Four animal spirit guides embody treasured qualities: the sharp senses of the elk, the tenacity of the buffalo, the healing power of the bear and the family values of the wolf. Atop the sculpture, an eagle with wide-spread wings represents the Creator, Thunderbird, and embodies the spirit of Indigenous Peoples.