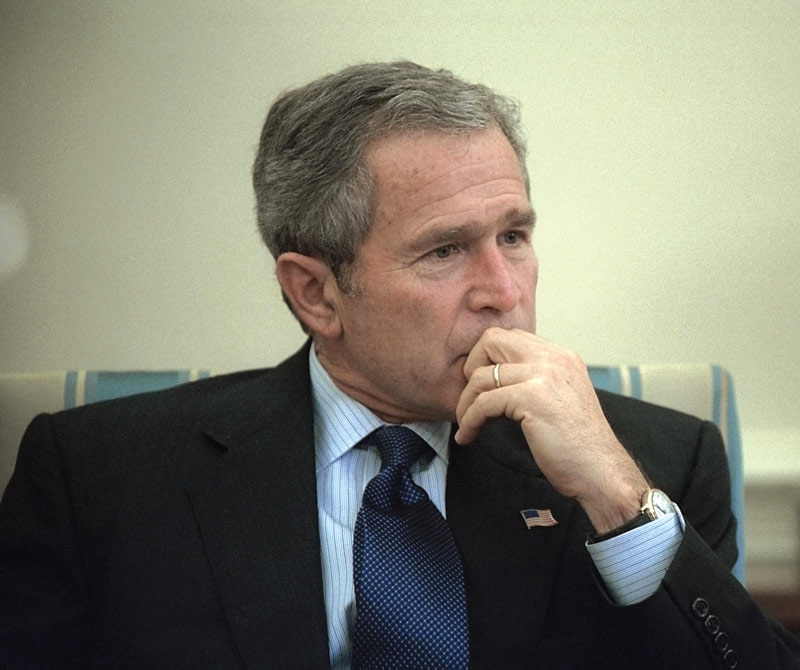 U.S. President George W. Bush during a meeting in the Oval Office on Oct. 10, 2001, three days after the start of Operation Enduring Freedom.
Everett Collection Historical/Alamy/F2AXM4

Just 45 minutes after the Sept. 11, 2001, terrorist attacks started, President George W. Bush responded publicly from Emma E. Booker Elementary School in Sarasota, Fla., where he had been reading to a second grade class.

“The search is underway for those who were behind these evil acts.”

“Today, we’ve had a national tragedy. Two airplanes have crashed into the World Trade Center in an apparent terrorist attack on our country.”

Returning to Washington aboard Air Force One, Bush worked feverishly on a national address to deliver that evening from the White House.

“The search is underway for those who were behind these evil acts.” They would be brought to justice, he promised. “We will make no distinction between the terrorists who committed these acts and those who harbour them.”

Even as he spoke, U.S. and European intelligence agencies had proof that al-Qaida and leader Osama bin Laden were responsible. Headquartered in Afghanistan, bin Laden was protected by the ruling Taliban. The Bush administration demanded his extradition. When the Taliban refused, the Americans turned to NATO which, for the first time in its history, invoked Article 5—enabling collective self-defence. A strategy to oust the Taliban and dismantle al-Qaida was agreed upon.

On Sept. 26, a CIA team entered Afghanistan to work with anti-Taliban allies. This was followed on Oct. 7 by Operation Enduring Freedom—a joint American and British military invasion.

The invasion aimed to “disrupt the use of Afghanistan as a terrorist base of operations, and to attack the military capability of the Taliban regime,” said Bush.

Canada, Australia, Germany and France also “pledged forces as the operation unfolds,” he said. The U.S. was “a friend to the Afghan people…and of almost a billion worldwide who practise the Islamic faith.”

But the U.S. was an “enemy of those who aid terrorists and of the barbaric criminals who profane a great religion by committing murder in its name…. The battle is now joined on many fronts. We will not waver; we will not tire; we will not falter; and we will not fail. Peace and freedom will prevail.”

Operation Enduring Freedom brought down the Taliban’s rule in just two months. Switching to an insurgency role, however, the Taliban and al-Qaida locked the NATO-backed Afghan government and coalition forces into a protracted conflict that still festers. When Bush’s second term as president ended on Jan. 20, 2009, bin Laden had still not been brought to justice or killed. 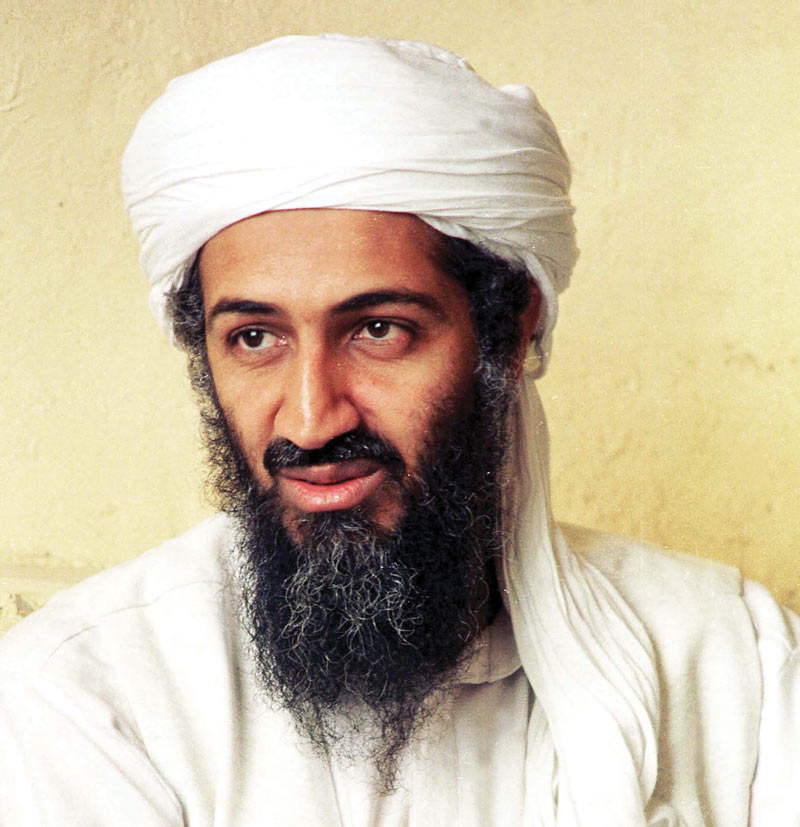 “I would like to assure the world that I did not plan the recent attacks…. I have been living in…Afghanistan and…the current leader does not allow me to exercise such operations.”

The Taliban regime echoed bin Laden’s denials, claiming they prevented his communication with the outside world.

“God has blessed a group of vanguard Muslims, the forefront of Islam, to destroy America,” he said. “May God bless them and allot them a supreme place in heaven.”

“The events of Sept. 11 came as a reply to those great wrongs.”

In a rambling speech accusing America and its allies of a long list of atrocities against humanity and Islam, bin Laden declared that “every Muslim must rise to defend his religion. The wind of faith is blowing and the wind of change is blowing to remove evil from the Peninsula of Muhammad…. As to America, I say to it and its people a few words: I swear to God that America will not live in peace before peace reigns in Palestine, and before all the army of infidels depart the land of Muhammad.”

However, four days before the 2004 American presidential election, bin Laden reversed course in an 18-minute address delivered through Qatar-based Al Jazeera. He claimed direct responsibility for the 9/11 attacks.

Dressed in yellow and white robes before a plain brown background, bin Laden spoke to Americans. Again, citing a litany of supposed American atrocities, he declared “the events of Sept. 11 came as a reply to those great wrongs, should a man be blamed for defending his sanctuary? Is defending oneself and punishing the aggressor in kind, objectionable terrorism? If it is such, then it is unavoidable for us.”

If his message was an attempt to influence the election and bring about Bush’s defeat, it failed. Bush’s approval ratings went up in the following days.

“Finally, it behooves you to reflect on the last will and testaments of the thousands who left you on the 11th as they gestured in despair…. It is as if they were telling you, the people of America: ‘Hold to account those who have caused us to be killed, and happy is he who learns from other’s mistakes.’”

Bush was re-elected, but was unable to eliminate bin Laden or bring him to justice. On May 2, 2011, bin Laden was killed in an operation initiated by President Barack Obama.