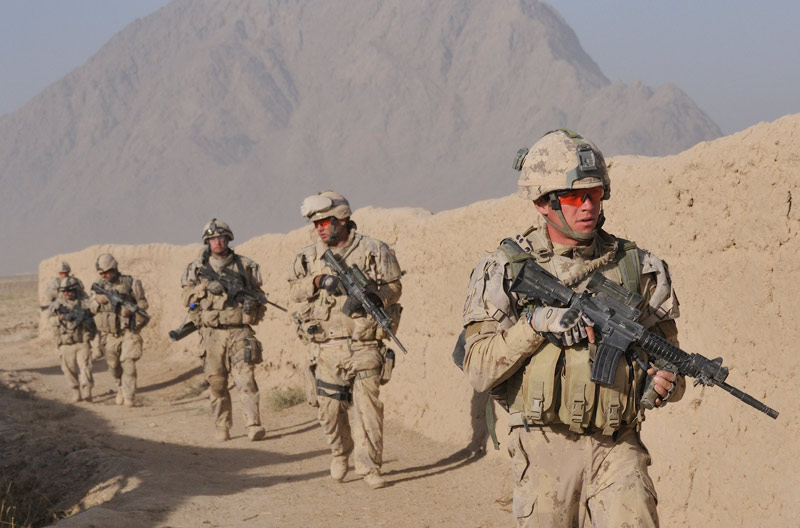 Soldiers from the Royal Canadian Regiment battle group patrol the Panjwaii District of Kandahar Province.
DND IS2010-3031-25
For Canadian troops in Afghanistan, 2008 was another year in hell.

Canadian soldiers had been in the wartorn country since 2001, helping to oppose Taliban insurgents, provide security while Afghans rebuilt, train members of the Afghan National Army (ANA) and support Canadian programs for political and economic reconstruction.

In 2005, Canada took over responsibility for the volatile Kandahar Province. In Panjwaii District, the heartland of the province, lived about 80,000 Afghans—not all of them sympathizers with NATO forces. In 2006, a campaign to rid Panjwaii of insurgents cost 16 Canadian lives and two years later the area was nowhere near safe. 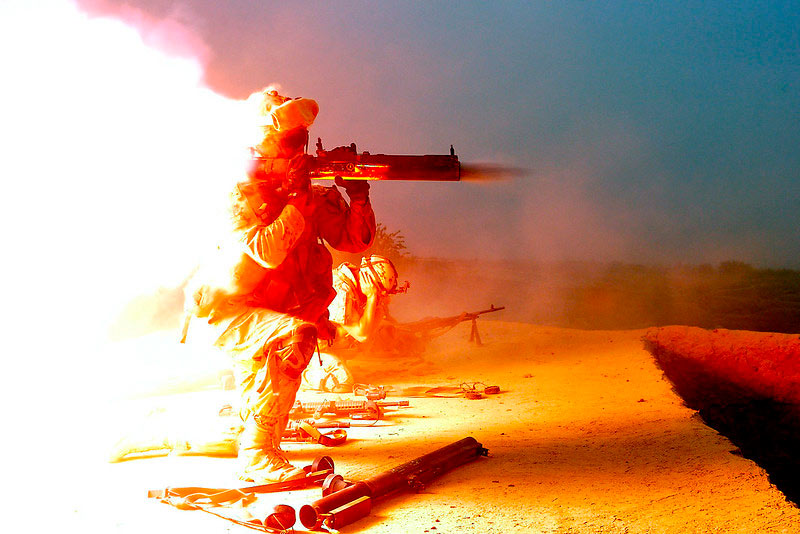 Corporal Brandon Bourdon, 1RCR B COY 4 Platoon, fires an M72 rocket launcher at insurgents that set up an offensive in a grape hut.
DND AR2010-0320-7
The Canadian Armed Forces fielded mentor teams to work alongside ANA units to protect the local population, root out insurgent strongholds and create a secure environment for reconstruction. The units were often attacked.

When they ran out of ammunition, they used hand grenades to hold off the enemy.

Three Canadian soldiers were on patrol in Panjwaii District with an ANA company on Aug. 4, 2008, when they were ambushed by more than 30 Taliban insurgents.

The Afghan sergeant major was wounded, one Canadian soldier was caught in the open and the patrol was pinned down under heavy attack.

Corporal Tyler Myroniuk and Warrant Officer Robin Crane kept up heavy fire to cover evacuation of the wounded soldier and the rest of the patrol. When they ran out of ammunition, they used hand grenades to hold off the enemy, preventing the patrol from being outflanked.

Both were awarded the Medal of Military Valour for their courageous and decisive action. 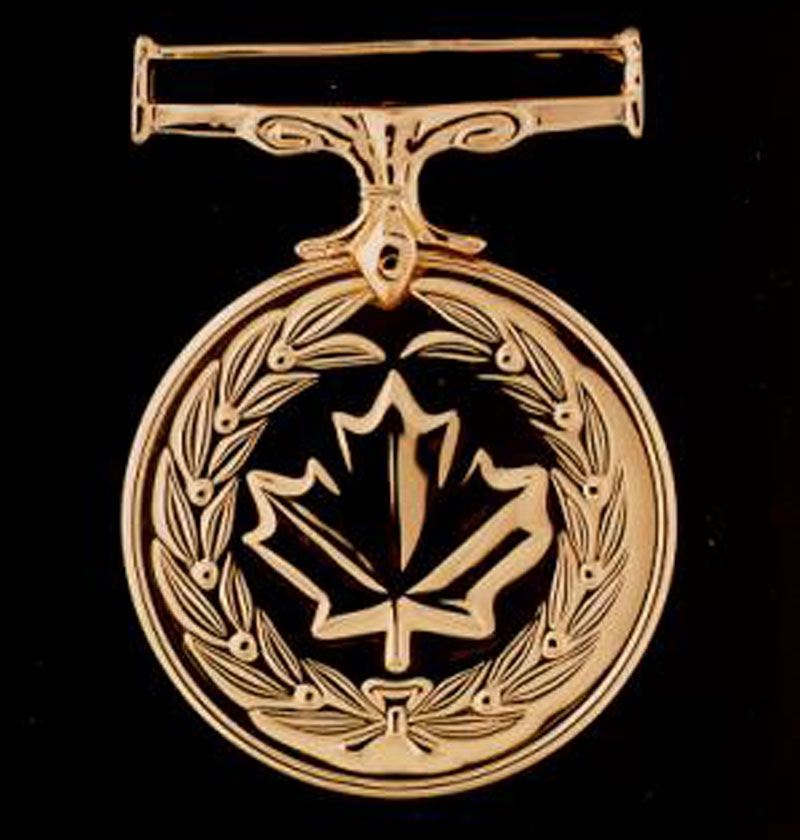 The Medal of Military Valour is awarded to those who have carried out an act of valour or devotion to duty in the presence of the enemy.
Wikipedia
As the bloody year played out in Panjwaii, Zhari, Masum Ghar, Kabul and Kandahar, 28 Canadians were killed by improvised explosives, bombs and conventional attacks by the Taliban.

Afghanistan was Canada’s longest war; some 40,000 Canadian troops served there, some for multiple tours. By the time the mission ended in 2014, 158 soldiers and seven civilians had died.