Robert Morgan and the George Medal 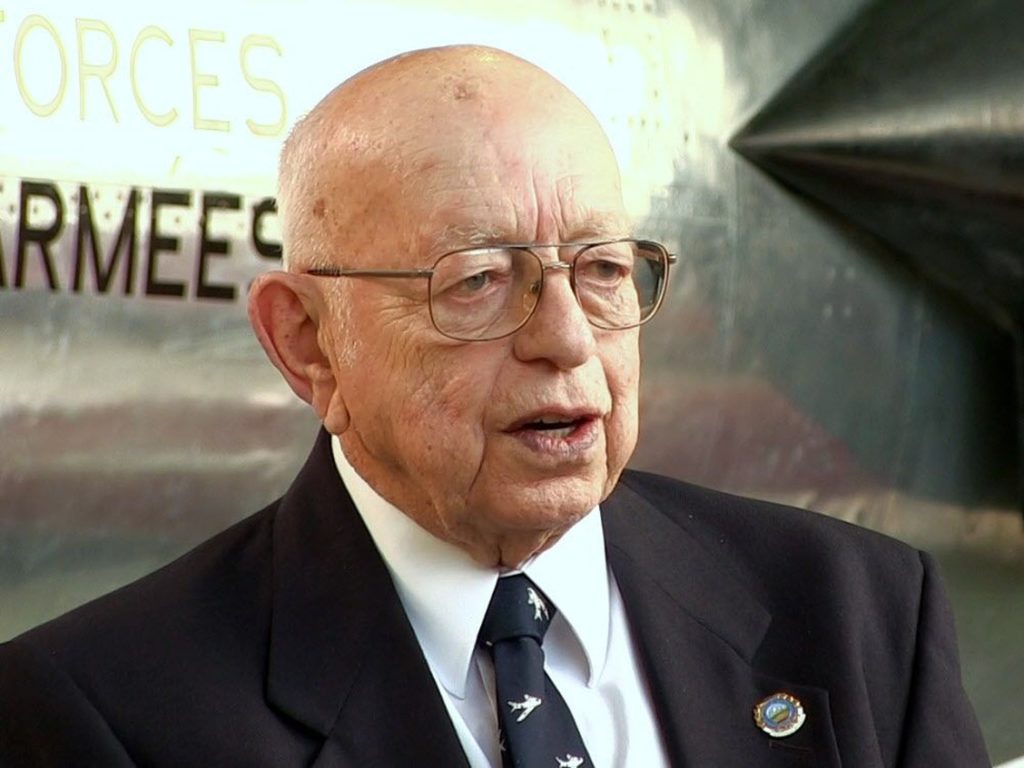 Flight Lieutenant Bob Morgan.
Alberta Aviation Museum
In 1955 Flight Lieutenant Robert Morgan and Leading Aircraftman Harry Waters were working with 439 Squadron at No. 1 Fighter Wing in Marville, France, one of a dozen fighter squadrons stationed in Europe at the time.

On July 21, an F-86 Sabre jet landed short of the runway and burst into flames. Morgan and Waters dropped what they were doing and raced toward the jet.

The pilot had a broken back and was barely conscious when the pair pulled him from the inferno.

Ammunition exploding around them, they climbed onto a wing, which had a partially filled fuel tank, intending to free the pilot.

But the canopy was stuck. Morgan used a rock in a futile attempt to break the glass, then used an axe provided by a fire truck that had arrived.

The pilot had a broken back and was barely conscious when the pair pulled him from the inferno.

Both were awarded the George Medal.

“Prompt, courageous and sustained rescue efforts undoubtedly…contributed to saving the life of the pilot, who survived his injuries,” reads Morgan’s citation.

“Despite grave risk to himself of serious injury or death,” reads the citation for Waters, “his unselfish act of bravery is worthy of the highest praise.”

After joining the air cadets in the 1940s, Morgan went on to earn his pilot’s licence in 1950. He flew Mustang fighter jets with 416 Squadron in Ottawa and Sabre and CF-104 fighter jets during three tours of duty as a Cold War pilot. 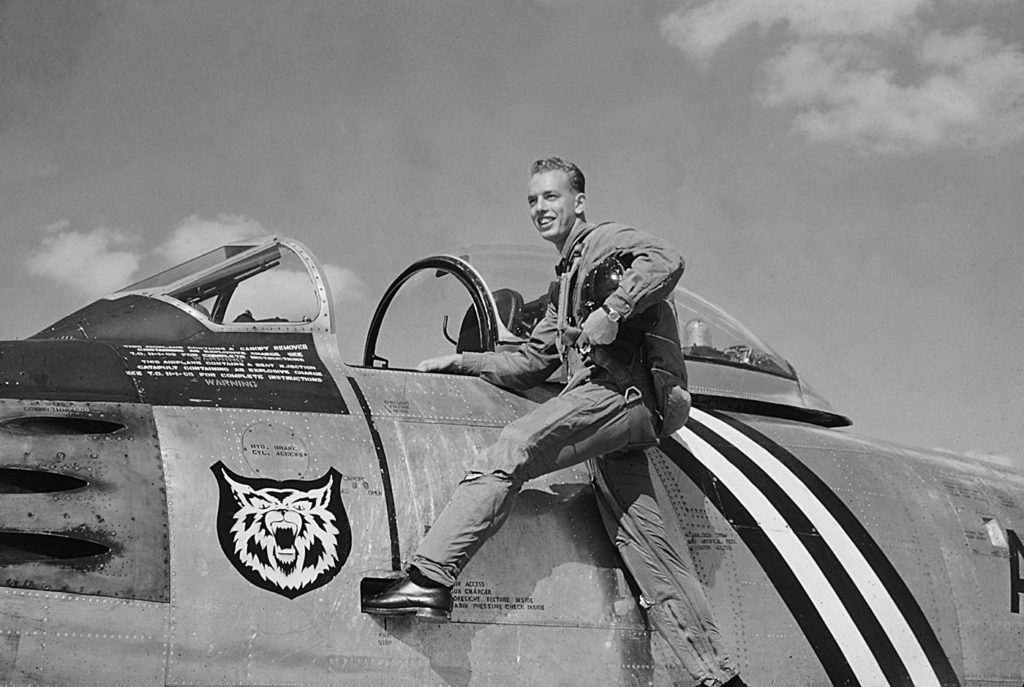 Bob Morgan pictured in his early days with the RCAF.
Alberta Aviation Museum
While in France, Morgan also experienced a crash landing.

“I had a little hydraulic problem,” he said in an interview with CBC in 2015. “Went off the end of the runway at about 100 miles an hour. That’s all.”

Morgan is one of eight veterans who had streets named for them in the village of Griesbach, which was once part of CFB Edmonton. A brass plate at the entrance of Morgan Road gives some details about his career.

“I was amazed they named a street after me,” he said. “I thought I’d get a back alley, or dead-end street.”