Home » Military History » Canada and the Battle of Sicily

Canada and the Battle of Sicily 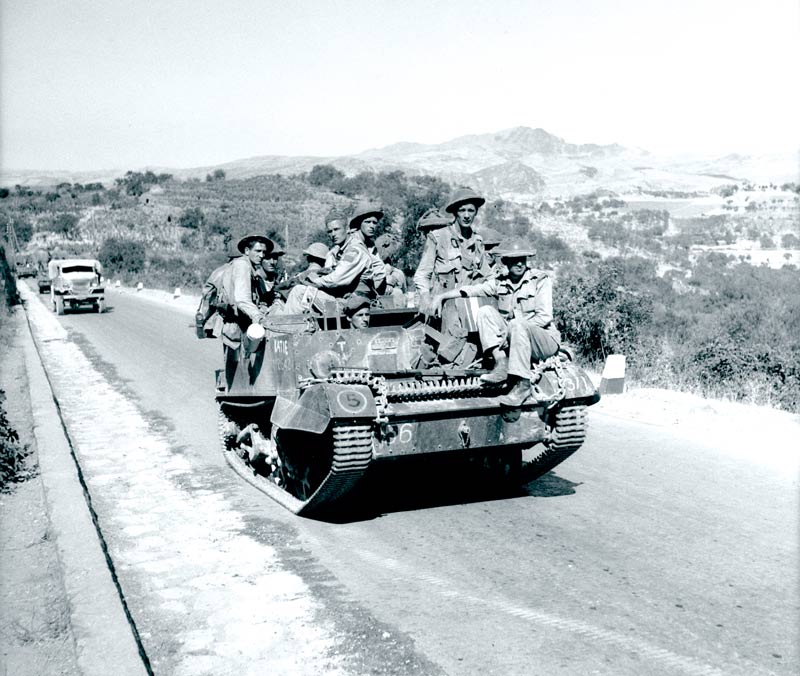 Infantrymen of the Hastings and Prince Edward Regiment advance in a Universal Carrier toward Nissoria, Sicily, in July 1943.
Lieut. Jack H. Smith/DND/LAC/PA-114511
The Allied invasion of Sicily began on July 9, 1943. The Canadians had their first day of fighting the next day.

It started with a “terrific bombardment by our heavy guns,” wrote Captain Basil G. Parker of the Seaforth Highlanders of Canada. “Not much firing seen on shore…. Surprise achieved.”

It would be the Canadians’ bloodiest battle of the Sicilian campaign, costing 438 casualties.

It was only the beginning of the campaign in Italy, the longest for the Canadian army in the Second World War, and it served as a taste of what was to come—house-to-house combat through towns, fighting in sweltering heat on low water rations and routing German troops from heavily entrenched positions, often atop ridges and mountains.

But the Canadians had trained for battles in such terrain. German Field Marshal Albert Kesselring reported they were called Mountain Boys, who again and again scaled cliffs to take out gun emplacements, often in the dark.

In two bloody weeks, the Canadians fought their way to the centre of the island. On July 24, they were ordered to seize Agira. It would be the Canadians’ bloodiest battle of the Sicilian campaign, costing 438 casualties. 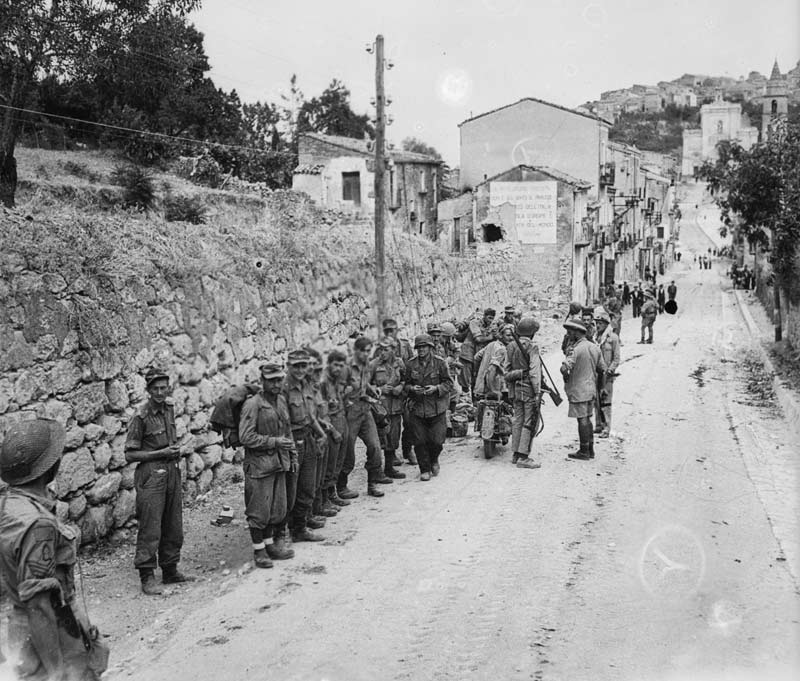 Near the entrance to the Sicilian town of Agira, Canadian soldiers guard captured German and Italian fighters waiting for transport to a prison camp in July 1943.
DND/LAC/PA-183272
The assault began July 26 at nearby Nissoria, a village located near two ridges serving as German defensive lines.

“Tank battle 200 yards ahead,” Parker noted on July 27. “Many German dead and some of our own along the road. Five Sherman tanks burnt out, also some German tanks and 88mm guns. Shelled most of the day. Lie up. Have cramps and vomiting.”

“The protection of the forward line of the Company was a stone wall about two feet high,” wrote Major Henry Bell-Irving. “Lt. Harling stood up his full height and threw grenades at the oncoming enemy…singing at the top of his lungs. He, more than any other, was responsible for the successful holding of Grizzly Hill.”

The parched Canadians were able to slake their thirst after commandos captured a well from the Germans. 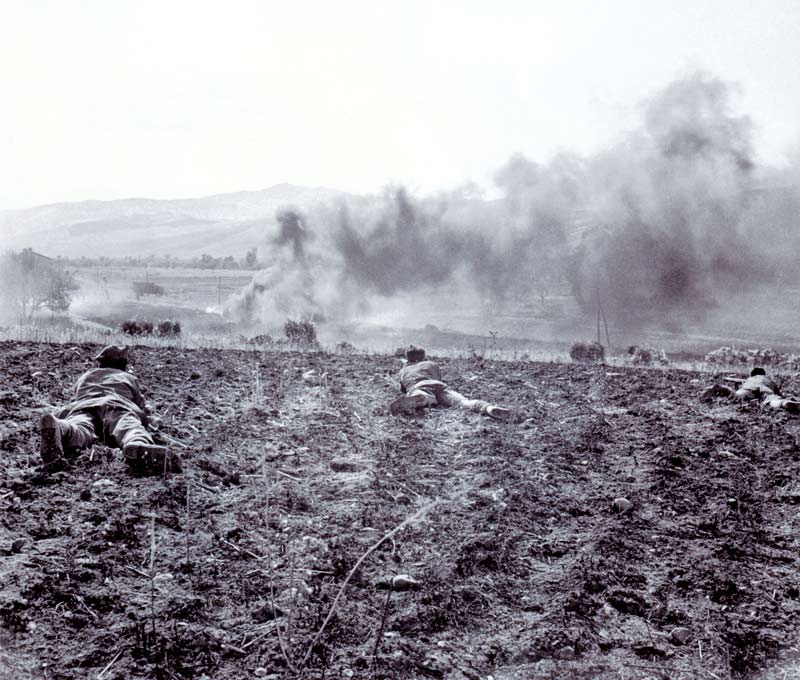 Three members of Princess Patricia’s Canadian Light Infantry take aim near Valguarnera Caropepe, Sicily, on July 20, 1943, as enemy vehicles burn in the background.
Capt. Frank Royal/DND/LAC/PA-163670
But instead of the expected house-to-house battle, the troops were welcomed by townspeople—the Germans had withdrawn to establish their next defensive line. That evening, Canadian pipes and drums played in the town square in a concert broadcast around the world.