The British invasion of Iceland 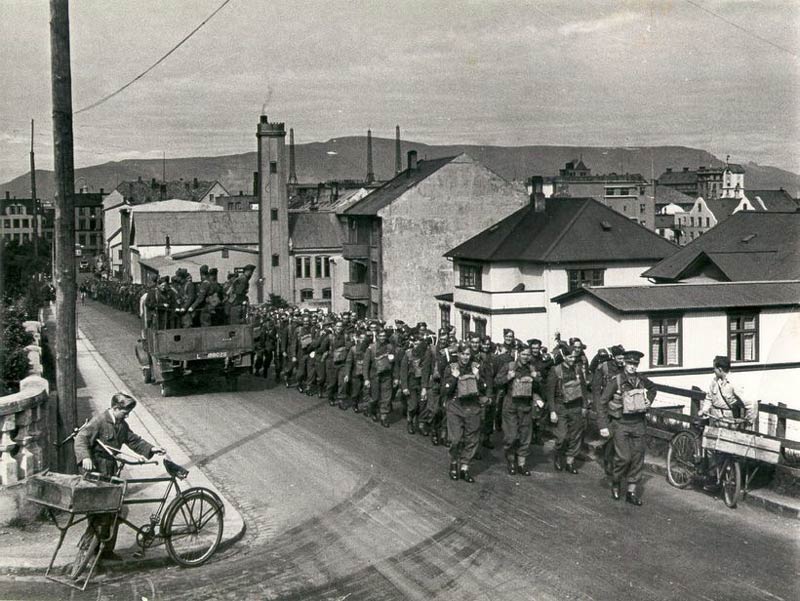 British soldiers in the streets of Reykjavik.

During the Second World War, Iceland—a small island country with a population of about 120,000—was determined to remain neutral, as it had been since the First World War.

But it was strategically located in the North Atlantic between Greenland and the Faroe Islands, just south of the Arctic Circle, which piqued the interest of Germany and Britain. According to an unidentified German naval officer, “whoever has Iceland controls the entrances into and exits from the Atlantic.”

Britain decided to do it, before the Nazis could.

Winston Churchill tried—and failed—to persuade the country to join the Allied cause.

It had no army, and only a few antiquated cannons to defend itself. It was ripe for invasion.

Britain decided to do it, before the Nazis could.

On May 10, 1940, as the Nazi blitzkrieg was rolling through France, Belgium, Luxembourg and the Netherlands, British soldiers landed at the harbour in Iceland’s capital, Reykjavik, met by a crowd of curious people. One is reported to have grabbed an invader’s gun and stuck a cigarette in the barrel before handing it back.

The British immediately disabled communication and arrested all German citizens and sympathizers. Alerted by the commotion, the German consul was burning documents in his bathtub.

Although Iceland’s government protested the flagrant violation of their sovereignty, it instructed the people to treat the British as guests. For their part, the invaders promised to compensate Iceland for its trouble, and leave as soon as the war ended. 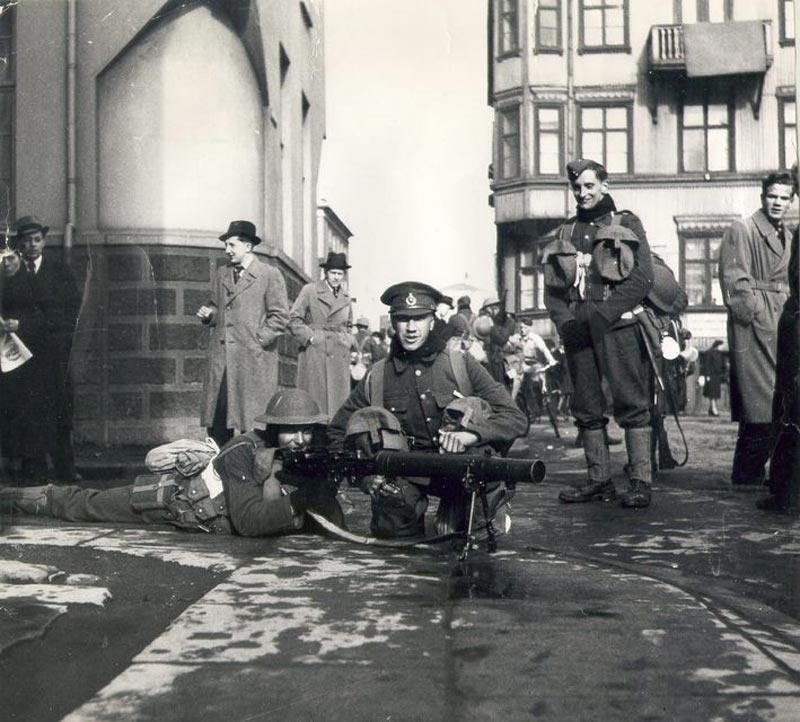 Britain, meanwhile, asked for Canada’s help, and Canadian soldiers arrived in July. Troops from the still-neutral United States followed a year later, establishing an air base on Icelandic soil.

At times the number of invaders reached 30,000—meaning half the men on the island were foreign troops, a scenario the Icelanders dubbed “the Situation.” An investigation found more than 500 Icelandic women had become romantically or sexually involved with the troops.

The 255 children subsequently born were called “Children of the Situation.” Women who consorted with foreign soldiers were often called prostitutes and those who married them were accused of betraying their culture.

After the war, foreign soldiers did not depart the island. Iceland joined NATO.

It is the only member country without a standing army.

PrevPrevious ArticleCanadians in the Huaylas
Next ArticleMedical Advances Behind The Line, Part 2Next