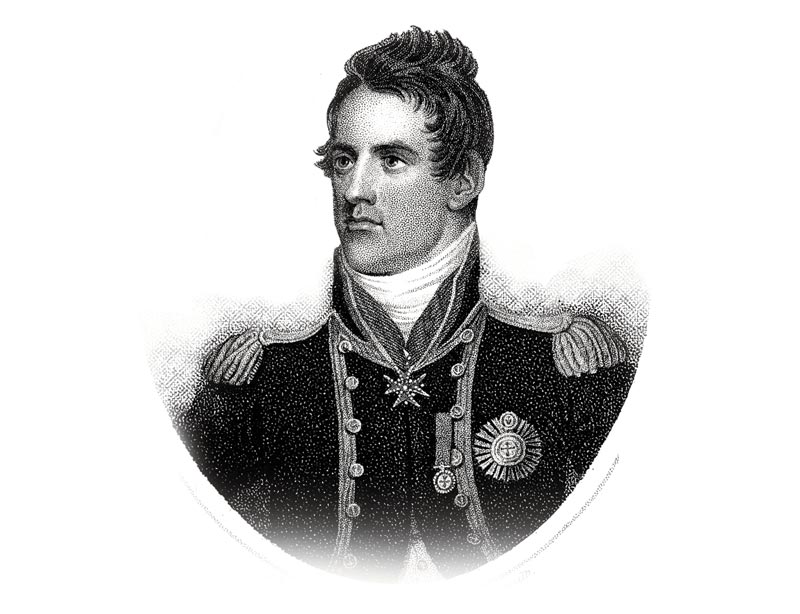 Captain James Yeo was commodore of the British Navy squadron on Lake Ontario in 1813.
Adam Buck/LAC/2873068

James Yeo joined the Royal Navy when he was 10 and earned a rapid rise in promotions spurred on by a stunning series of military successes.

In 1810, King George III knighted him. Just 31, Yeo assumed command of the Provincial Marine in Upper Canada on May 5, 1813. His daunting task was to wrest control of the Great Lakes and Lake Champlain from American Commodore Isaac Chauncey’s fleet.

Previously under army command, the Provincial Marine had been manned by local sailors. Despite adding 465 Royal Navy officers and ratings, Yeo still considered his force woefully insufficient “to man the squadron” on Lake Ontario. Yet, it was essential that “a general action must take place as every military operation or success depends entirely on whoever can maintain naval superiority.”

At Sackets Harbor, New York, at the eastern end of Lake Ontario, USS General Pike—a 26-gun corvette—was under construction. Once launched it would outclass any of Yeo’s ships. With Chauncey’s fleet away supporting army operations on the Niagara Peninsula, Yeo and Lieutenant General Sir George Prévost, the governor-in-chief of British North America, decided on a spoiling raid. Their attack on May 28-29 failed to destroy General Pike or cause serious damage. It did, however, prompt Chauncey to sail back to port.

“I much fear Mr. Chauncey will not engage if he can help it.”
—James Yeo

On July 21, Chauncey ventured forth with General Pike and 12 other vessels. Ten were schooners with deck guns that rendered them top-heavy and unstable. Combined, the Americans had 112 guns, of which 66 were long guns capable of 779-pound broadsides. Yeo’s six vessels—three being schooners—were outmatched at long range, but at less than 500 metres their carronades could deliver devastating broadsides.

For the rest of the war, Yeo tried to bait Chauncey into open water.

On Aug. 7, the two fleets met off Fort Niagara where Chauncey was using the Niagara River as a bolthole. When two American schooners capsized in a sudden gale, Chauncey ran to cover.

“I much fear Mr. Chauncey will not engage if he can help it, except in his own port or in a calm when his schooners [under oars] would gain him victory without his having a shot fired at him,” Yeo wrote.

For the rest of the war, Yeo tried to bait Chauncey into open water for a decisive fight. Chauncey steadfastly refused. Dogged by recurring malaria, Yeo was unwell.

“It concerns me to find I have such a wary opponent,” he wrote, “as it harasses me beyond my strength.” When the war ended, Yeo returned to Britain. On Aug. 21, 1818, he died at sea of fever. 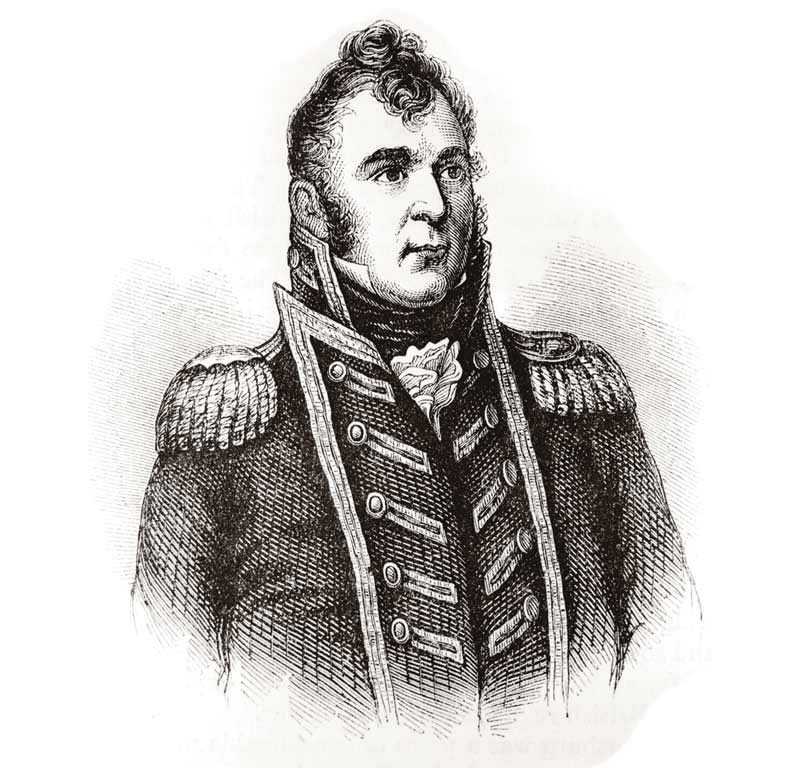 When the War of 1812 broke out, he commanded the Brooklyn Navy Yard. That August, he took command of naval forces on Lake Ontario and Lake Erie. An intense shipbuilding effort at Sackets Harbor enabled Chauncey to gain full control of Lake Ontario and led to his promotion to commodore.

On April 27, 1813, Chauncey and General Henry Dearborn captured and burned York (now Toronto) by way of an amphibious attack. They went on to capture Fort George on May 27.

This was the pinnacle of Chauncey’s success. Thereafter, operations on Lake Ontario stalemated as Chauncey and British Commodore James Yeo cautiously manoeuvred in hopes of gaining an always elusive advantage while avoiding defeat.

“From what I have been able to discover of the movements of the enemy,” wrote Chauncey, “he has no intention of engaging us, except he can get decidedly the advantage of wind and weather, and as his vessels in squadron sail better than our squadron, he can always avoid an action…. He thinks to cut off our small dull sailing schooners in detail.”

Mounted with long guns, the schooners provided Chauncey’s advantage in numbers and firepower. But they were slow, prone to capsize, and incapable of matching the agility of his purpose-built naval ships—such as USS Madison and USS General Pike. Unwilling to sail without the schooners, Chauncey generally clung close to his Niagara River refuge.

Chauncey was also unduly cautious. On the morning of Sept. 28, 1813, he attempted to divert British attention from an American army advance down the Saint Lawrence River to attack Montreal.

Closing on York, Chauncey was met by Yeo with six warships coming out of its harbour. Yeo’s flagship, HMS Wolfe, suffered sail and mast damage in the ensuing fight—leading him to seek safe anchorage in Burlington Bay. Seeing the British ships secured close to shore and together ready to deliver a broadside with their deadly carronades, Chauncey broke off the action. His justification was his unfamiliarity with local water depths.

Back at Sackets Harbor, Chauncey undertook a major shipbuilding program that transformed the naval base into America’s largest naval station. The war ended before the line-of-battle USS New Orleans, which Chauncey hoped would ensure American dominance of Lake Ontario, was launched. Chauncey continued his naval career until he died on Jan. 27, 1840.

For more on Canada’s history on high seas and great lakes, pick up a copy of Canada’s Great Naval Battles now available in our SHOP!